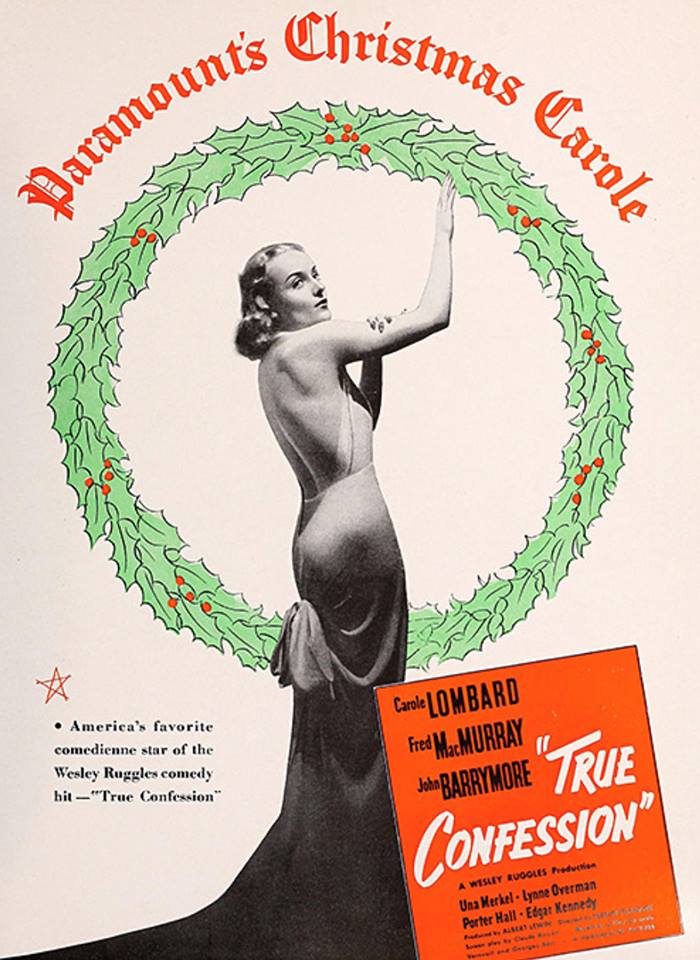 This ad ran in Hollywood trade papers in December 1937, promoting what would be Carole Lombard's final film for Paramount, "True Confession." The movie itself is not set during the holiday scenes, but several other of her films are.

So to honor the season on this Christmas Eve, as many of you prepare to visit loved ones, a few Lombard-related holiday film photos.

I don't recall any such scenes from Carole's movies in the '20s (though Mack Sennett issued several publicity stills of her with holiday scenes), so the earliest I know of took place in 1931's recently retrieved "I Take This Woman." Here, Lombard's New York socialite Kay Dowling experiences her first Wyoming Christmas with husband and ranch hand Tom McNair (Gary Cooper). A far cry from Park Avenue. 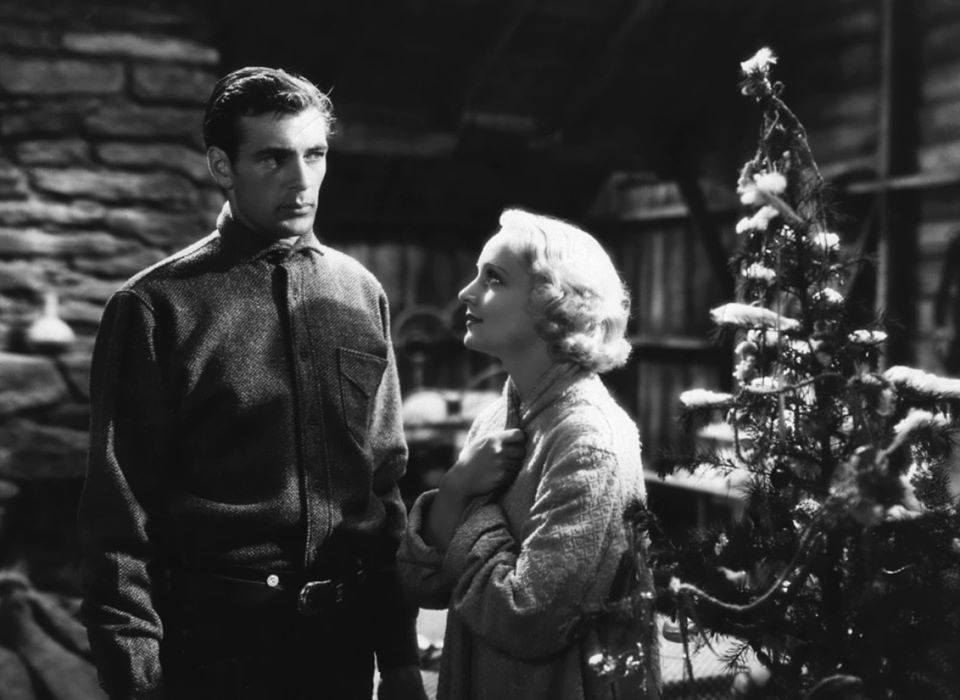 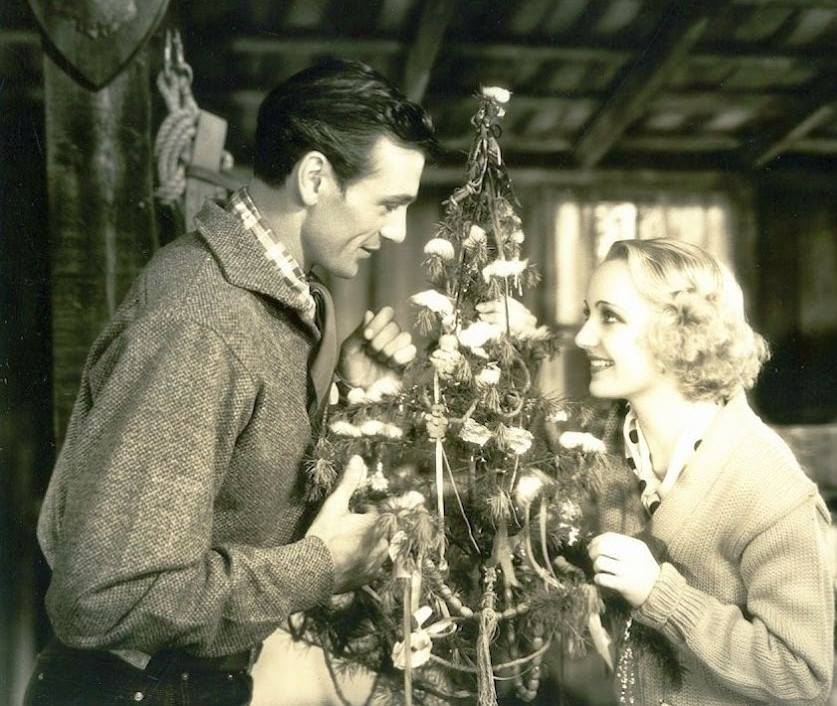 The other Lombard film with a notable Christmas scene is her 1939 RKO drama "In Name Only" with Cary Grant. Here, Carole's widowed Julie Eden shares the holiday at home as her daughter (Peggy Ann Garner) is on the phone: 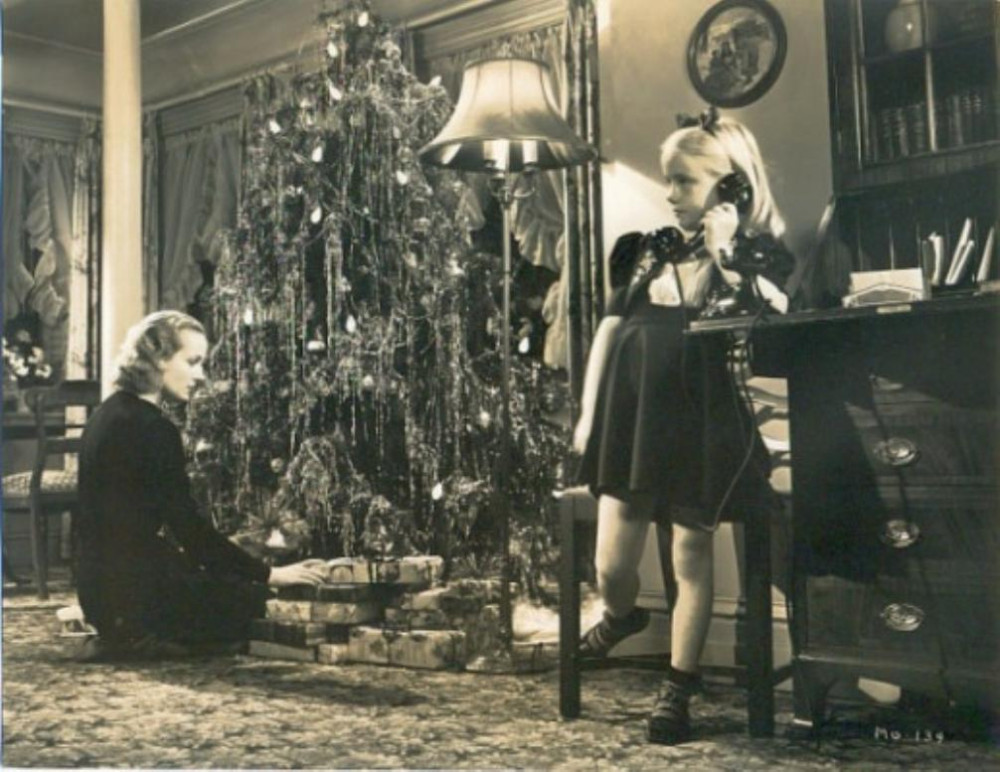 So a very merry Christmas to you, whether you celebrate the season in German... 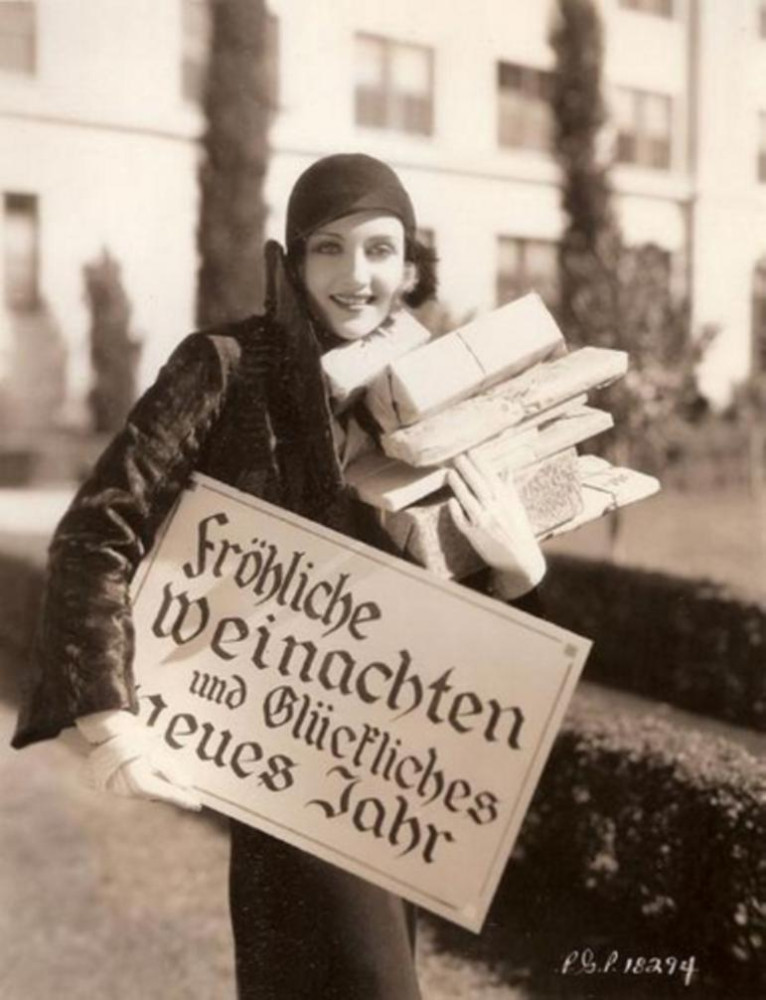 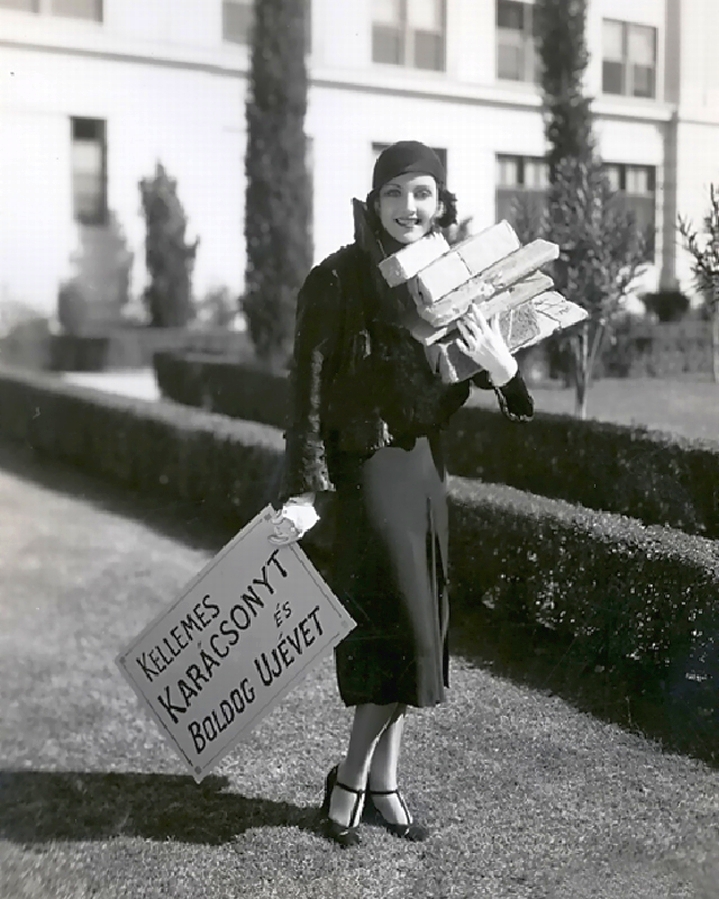