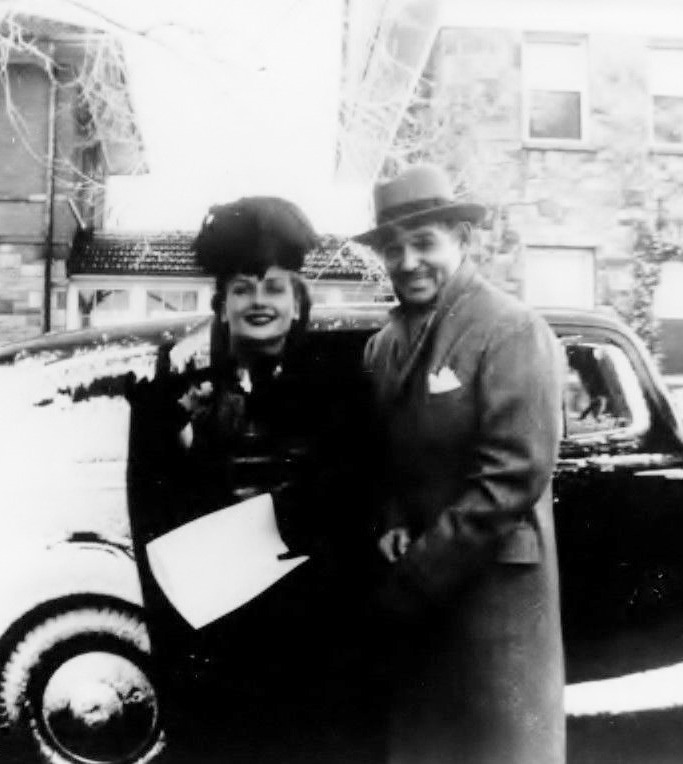 Carole Lombard and Clark Gable visited Washington, D.C., at the end of 1940, and among the things they did was meet President Franklin D. Roosevelt at the White House and heard his "arsenal of democracy" fireside chat, broadcast Dec. 29. So shortly after the Pearl Harbor attack the following Dec. 7, the couple volunteered their support to help America respond to and conquer the Axis powers (https://carole-and-co.livejournal.com/1053107.html).

On Dec. 16, less than a week after Clark and Carole sent a letter to the president, he responded...and here it is: 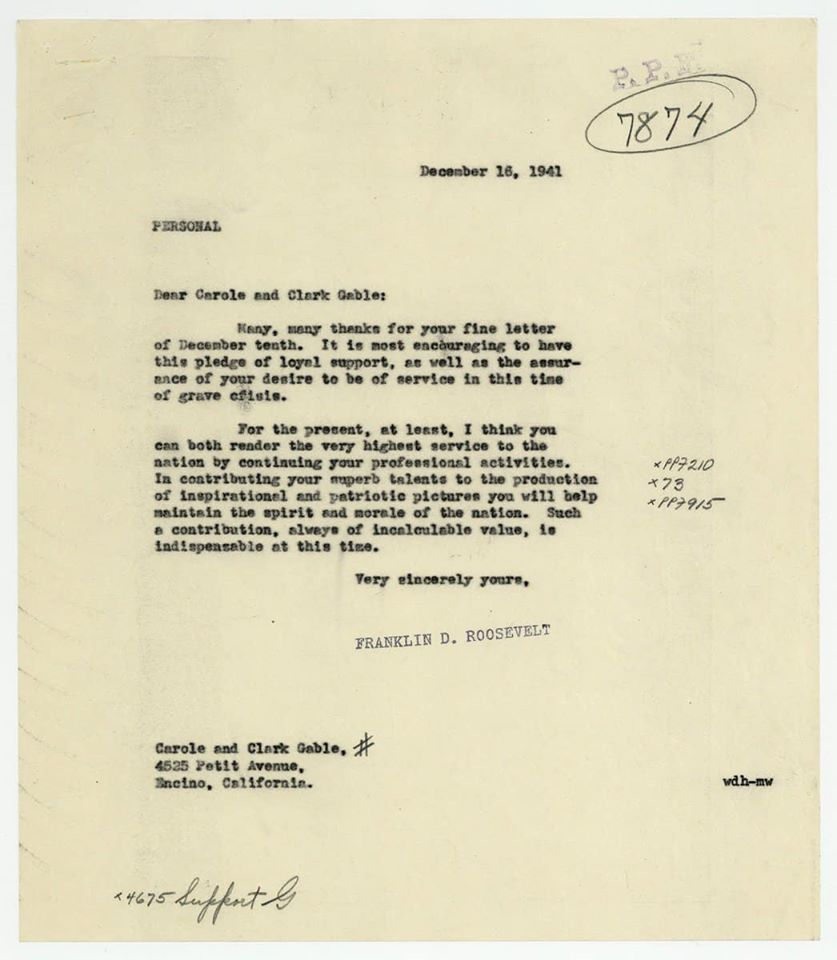 Roosevelt was aware Lombard was a proponent of his policies; the previous fall, she publicly endorsed his campaign for an unprecedented third term, even going so far as to place FDR stickers on the car of her "Mr. & Mrs. Smith" co-star, the decidedly Republican Robert Montgomery. So his response was prompt -- especially since Gable headed the newly-formed Hollywood Victory Committee, which met the night the Gables sent their letter.

Here's a pic from that meeting, which ran in Life magazine: 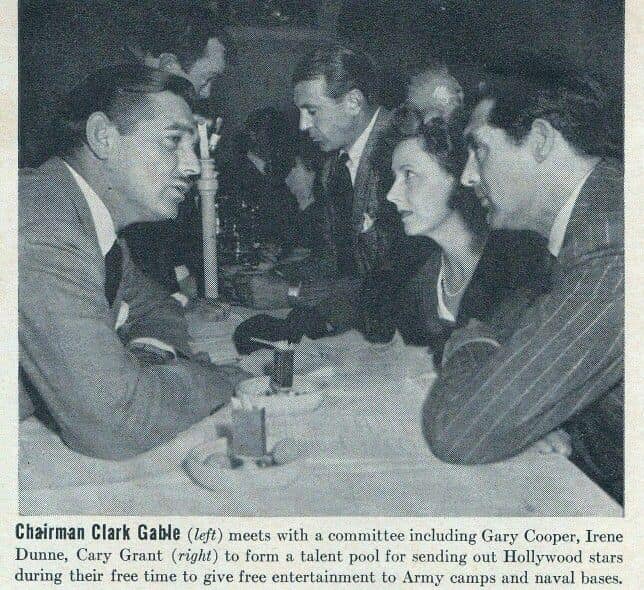 Of course, one month after Roosevelt's letter went out, Lombard paid the ultimate price. But the fundraising and entertainment she and other celebrities did aided American morale and led to victory, and these celebrations, in 1945. First, om V-E Day in May... 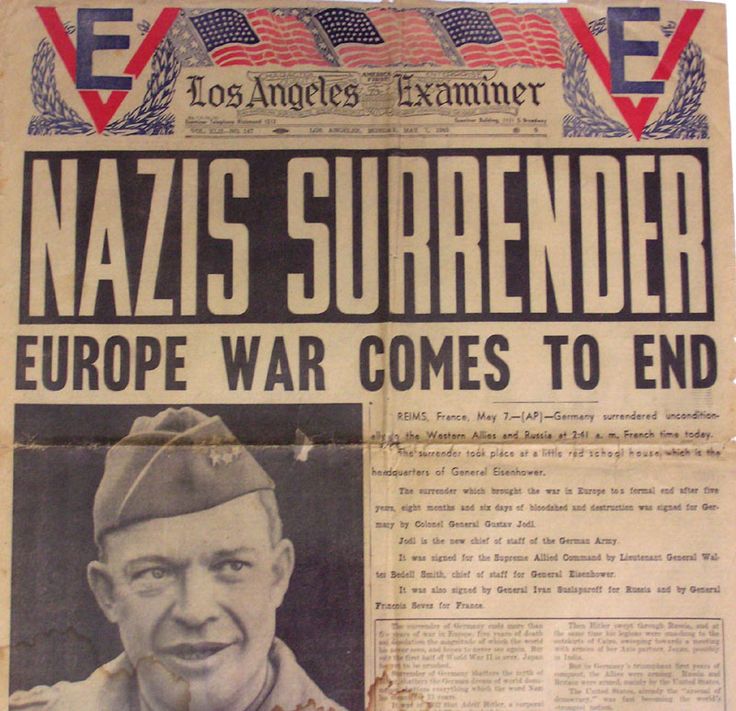 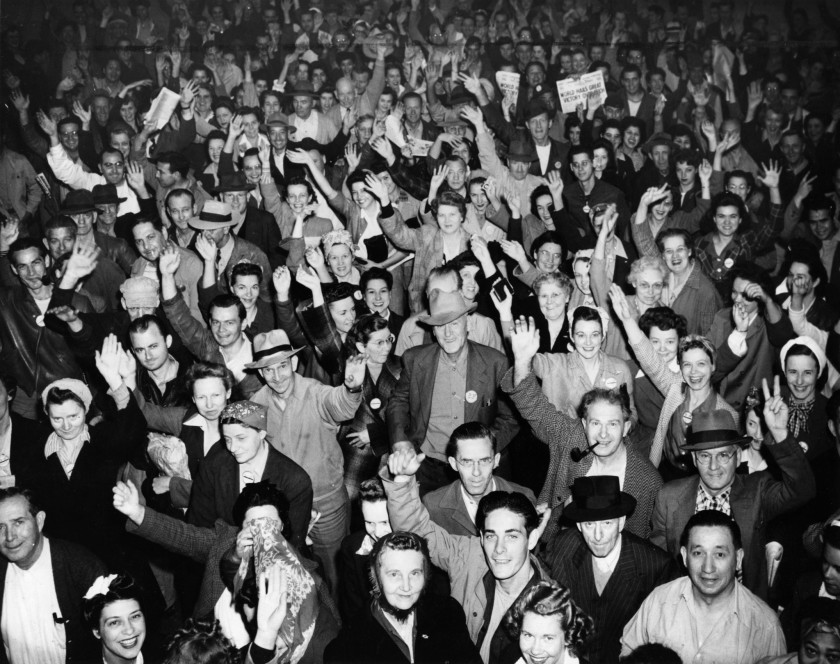 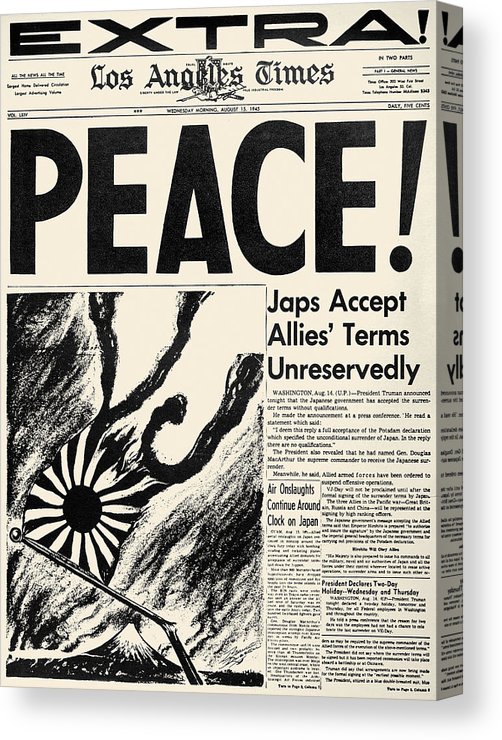 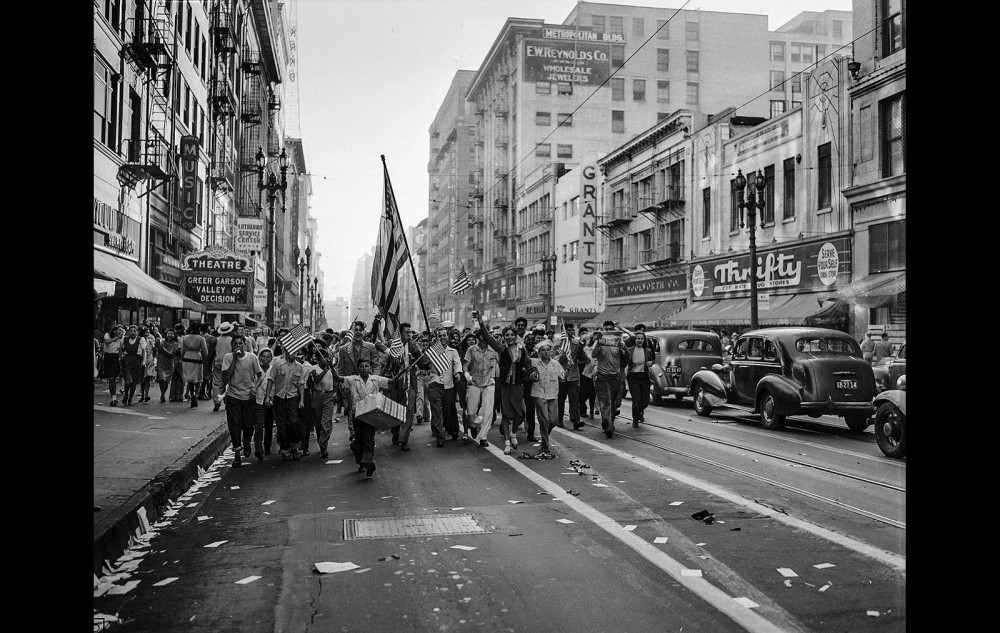