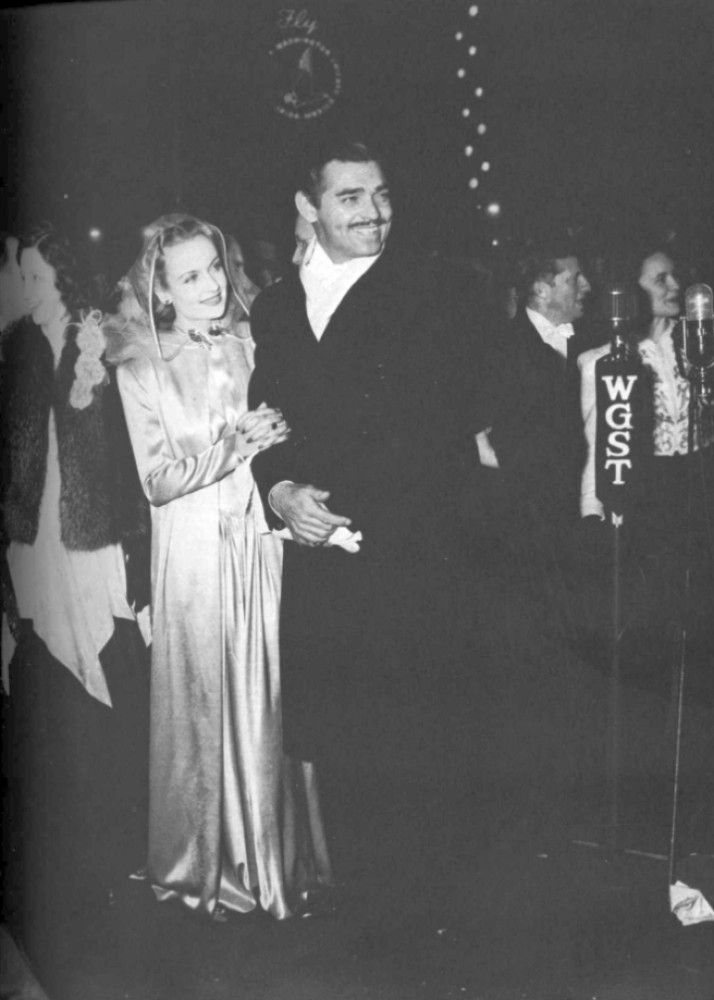 It's strange, but true that one of the films Carole Lombard is associated with is one she was only tangentially involved with. We are of course referring to "Gone With The Wind," which had its world premiere 80 years ago tonight at the Loew's Grand theater in Atlanta. Say what you will about the film -- its romanticized view of the Civil War, its stereotyped race roles -- this adaptation of Margaret Mitchell's hugely popular novel is quintessential Golden Age Hollywood, epic studio filmmaking. What a way to close the classic cinematic year of 1939, indeed the decade of the thirties.

Yes, Lombard sought the female lead role of Scarlett O'Hara; every actress worth her salt in the industry did. (Her renown as a comedic star didn't help her, and by the time she temporarily shifted to drama, Vivien Leigh was about to be chosen.) Being the wife of Clark Gable, aka Rhett Butler, thrust her into an indirect spotlight, and Carole -- knowing how crucial "GWTW" was not only to her husband, but moviedom as a whole -- accepted her consort status.

Today, we see Gable as the only possible candidate to play Rhett; many others at the time did too. But for a while, he was reluctant to be cast. This lengthy article from the St. Louis Post-Dispatch of April 12, 1937 examines who could've played Rhett, Scarlett and other roles (double-click to see the story at full size): Miriam Hopkins (a Georgia belle) and Ronald Colman as Scarlett and Rhett? Both wonderful actors, to be sure, but not quite iconic. And note for supporting roles, Olivia de Havilland (still with us at 103) is nowhere to be found. Her turn as Maid Marian in 1938's "The Adventures Of Robin Hood" made her a viable candidate.

So let's celebrate this milestone with some pictures, first of Gable on the set: 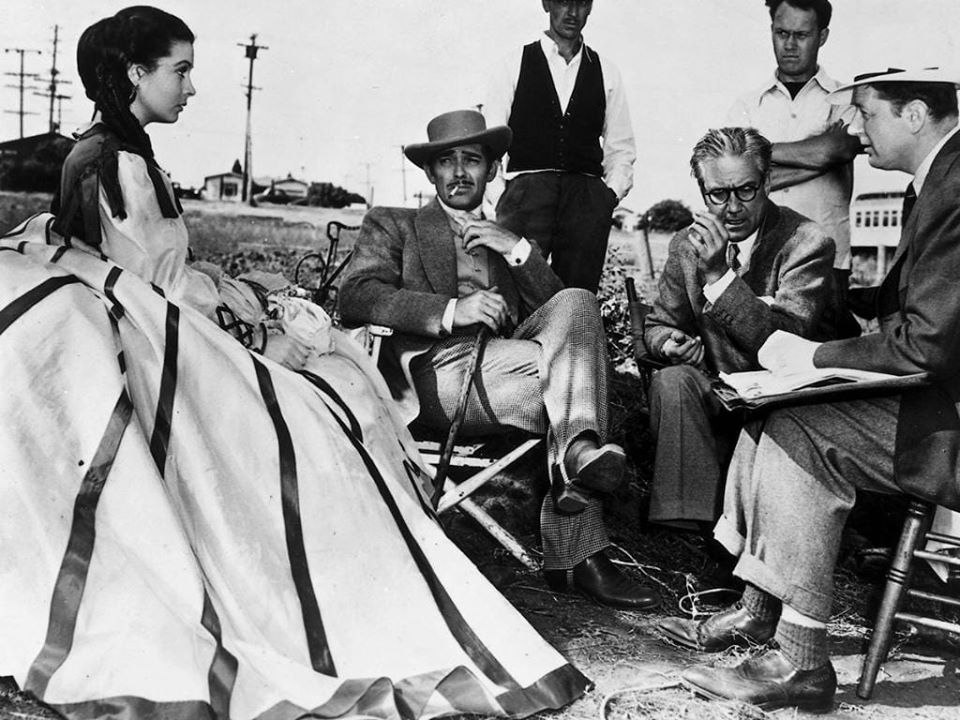 Clark and Carole arriving in Atlanta on American Airlines: 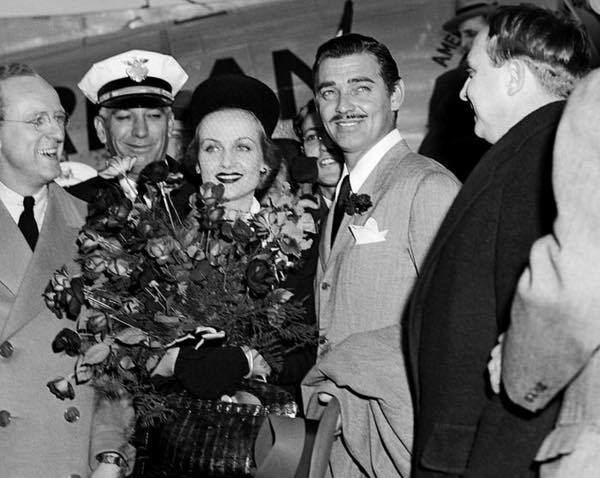 Next, the festive premiere, where huge crowds stormed downtown Atlanta to welcome this epochal movie event: 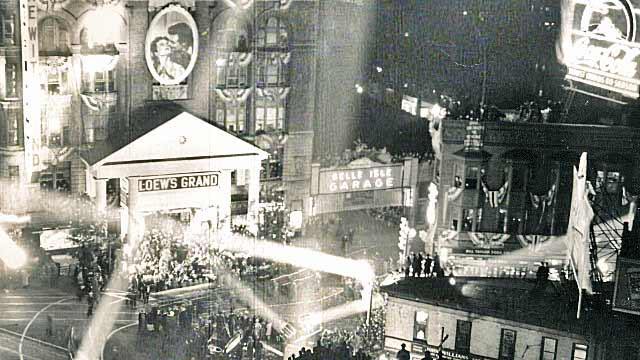 The Gables await for the film to begin: 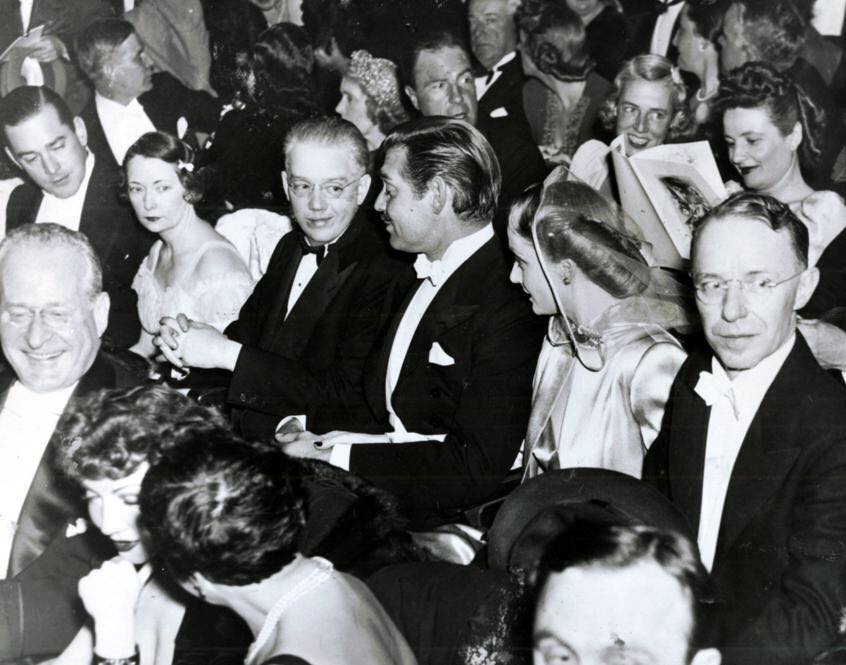 You could get in with this ticket (though if you were black in December 1939, you would've been seated elsewhere, if you were allowed in at all): 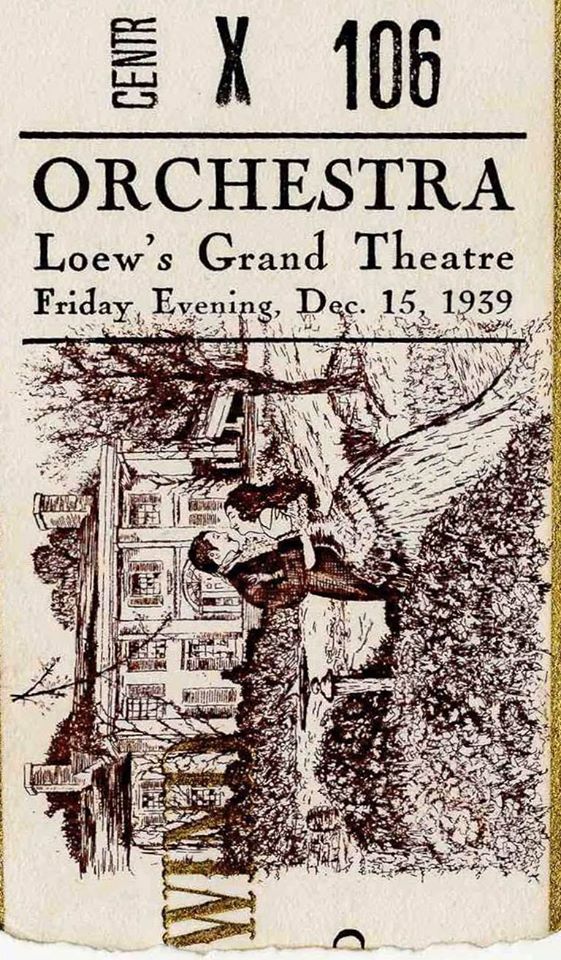 The city of Atlanta authorized a civic cinematic commemoration of the premiere: 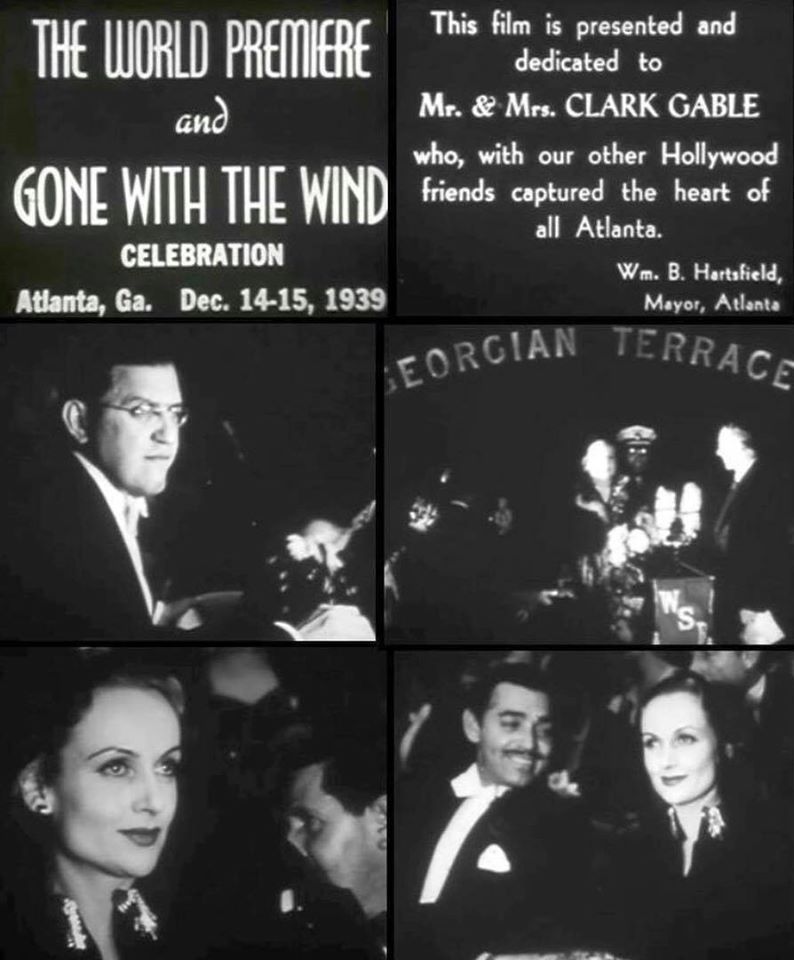 And some items Carole wore that night, some damaged in her fatal air crash two years and a month later (from the collection of Mike McComb): 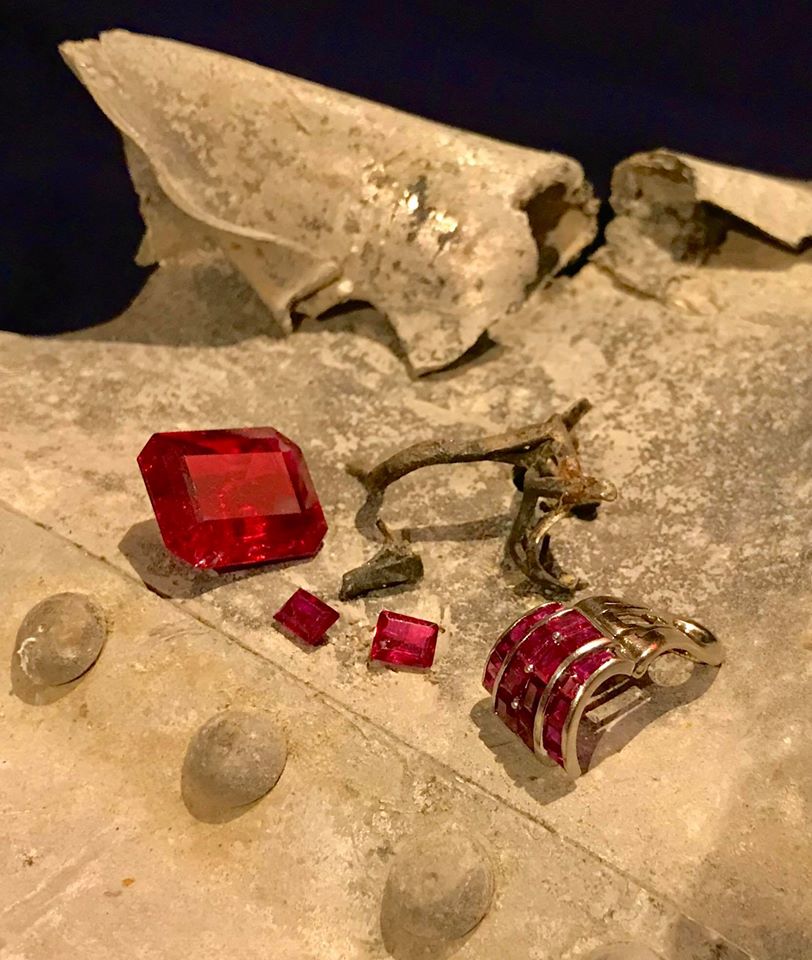 Maybe Rhett Butler didn't "give a damn," but 80 years later many of us frankly do.

To close, a 1939 Hearst newsreel describing the premiere: