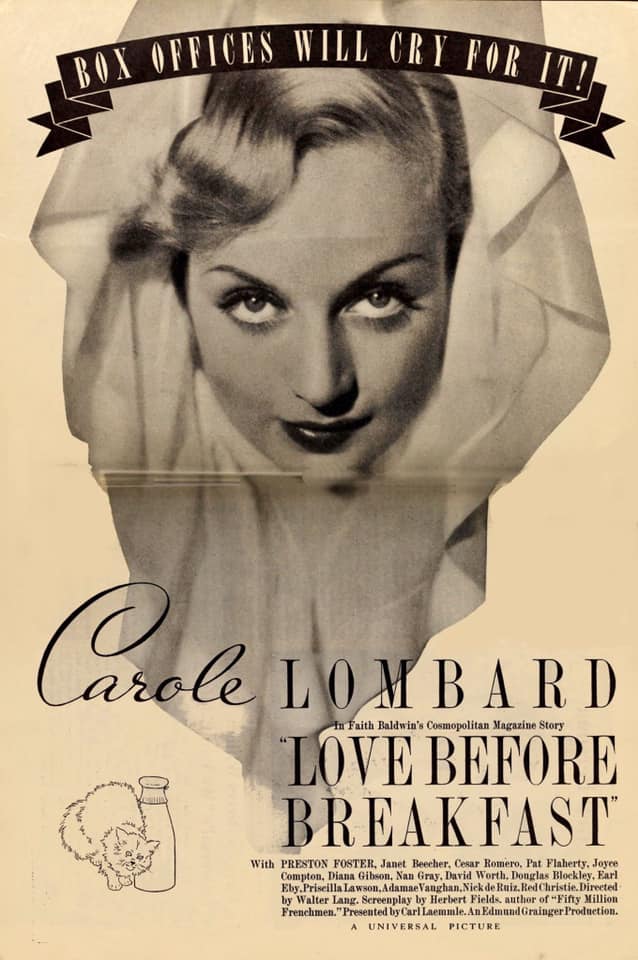 In early 1936, Universal hoped it could latch on to Carole Lombard's rising star with its "Love Before Breakfast." A few months before, her home studio of Paramount issued "Hands Across The Table," its first comedic vehicle expressly tailored to her talent. (Ernst Lubitsch, briefly the studio's head of production, championed Carole.)

A magazine titled Woman's World -- no relation to the current newsstand mag of that name, which was founded in 1981 -- thought it would capitalize on Lombard's fame with a story. 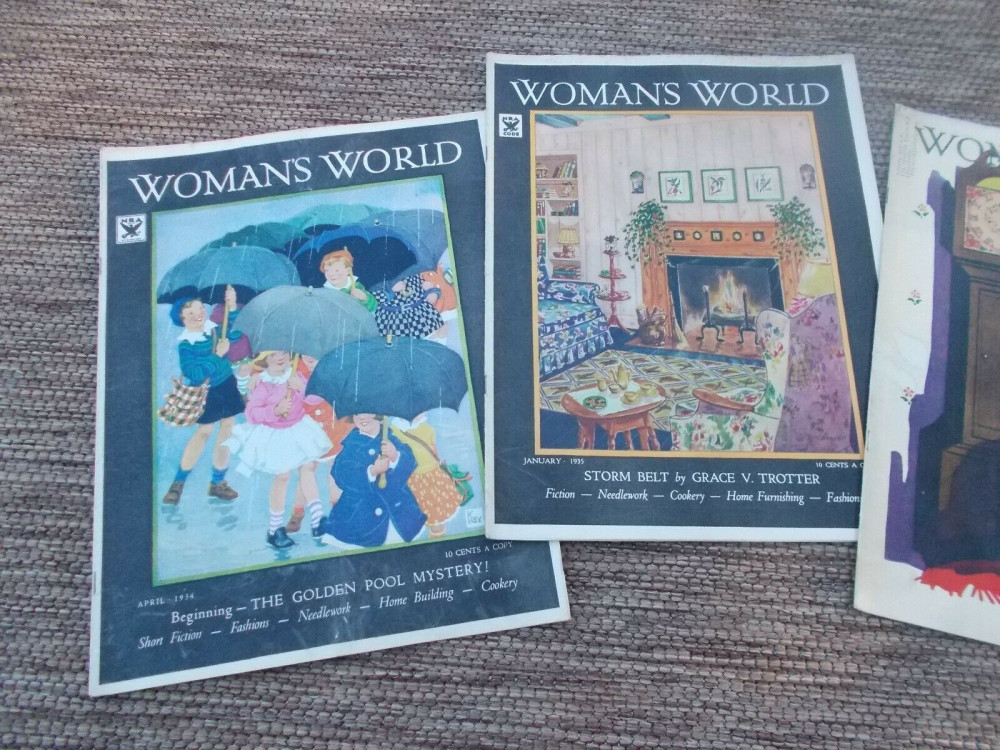 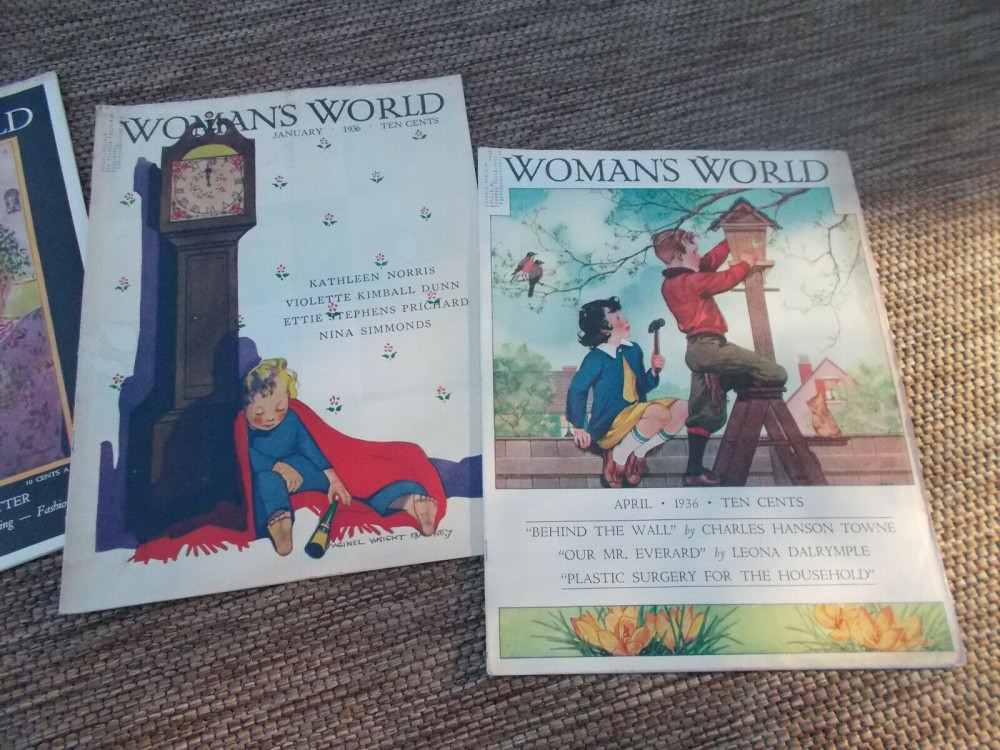 The original Woman's World, founded in 1884, expired in 1940. It was similar to contemporaries such as Good Housekeeping and Ladies' Home Journal. In the April 1936 issue, it ran this story about Lombard, and beauty: 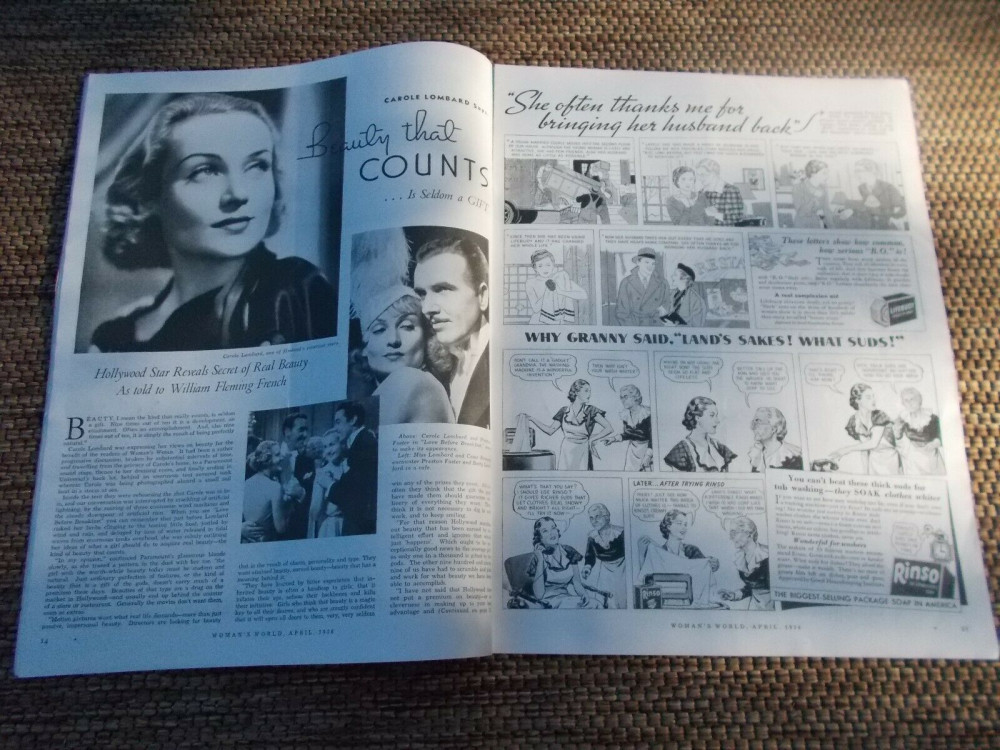 It's the only page of it I have available, and isn't all that easy to read, but looks to cover a regular theme on this topic: Beauty goes beyond the superficial (or as the Temptations sang three decades later, "Beauty's only skin deep, yeah, yeah, yeah").

This is part of a four-pack of mid-'30s Woman's World issues. It includes articles on canned soup... 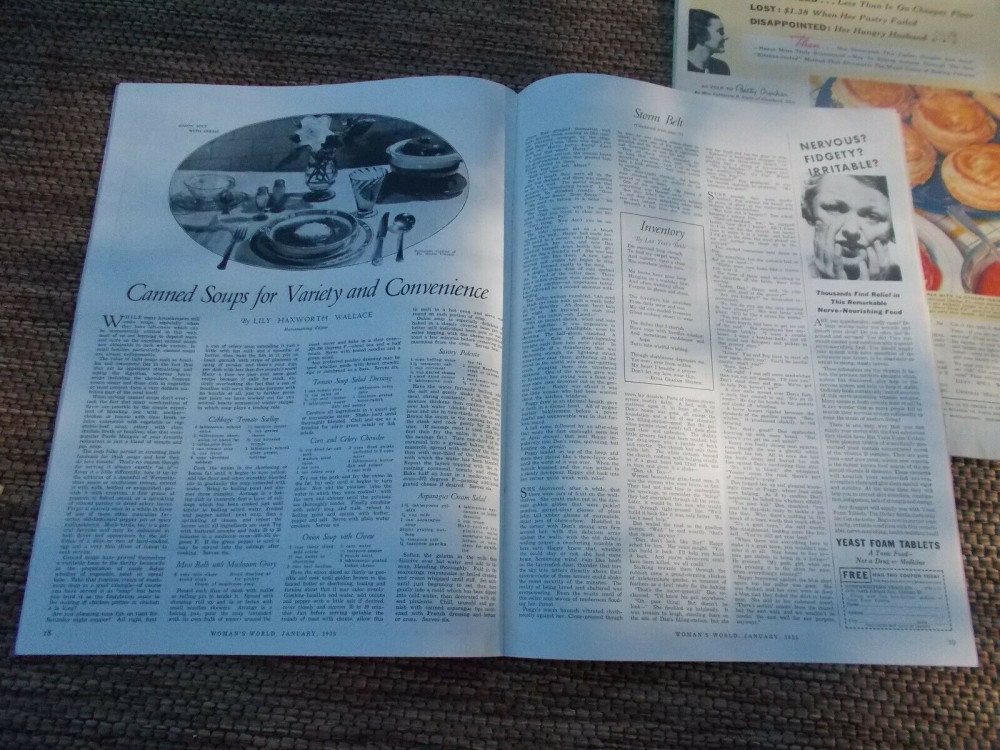 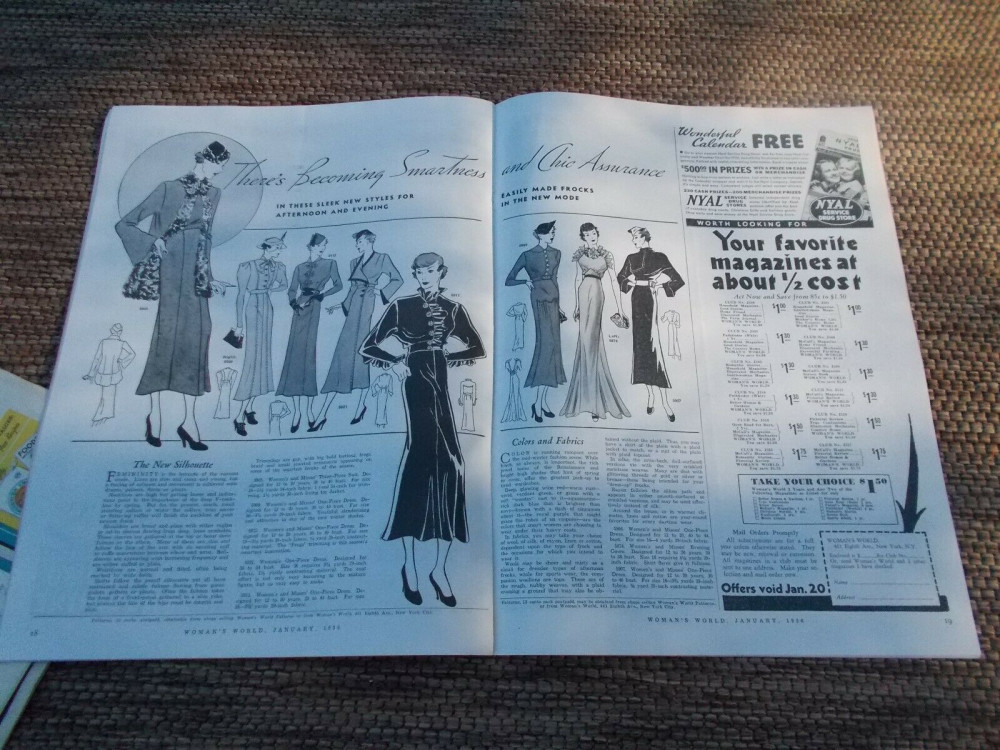 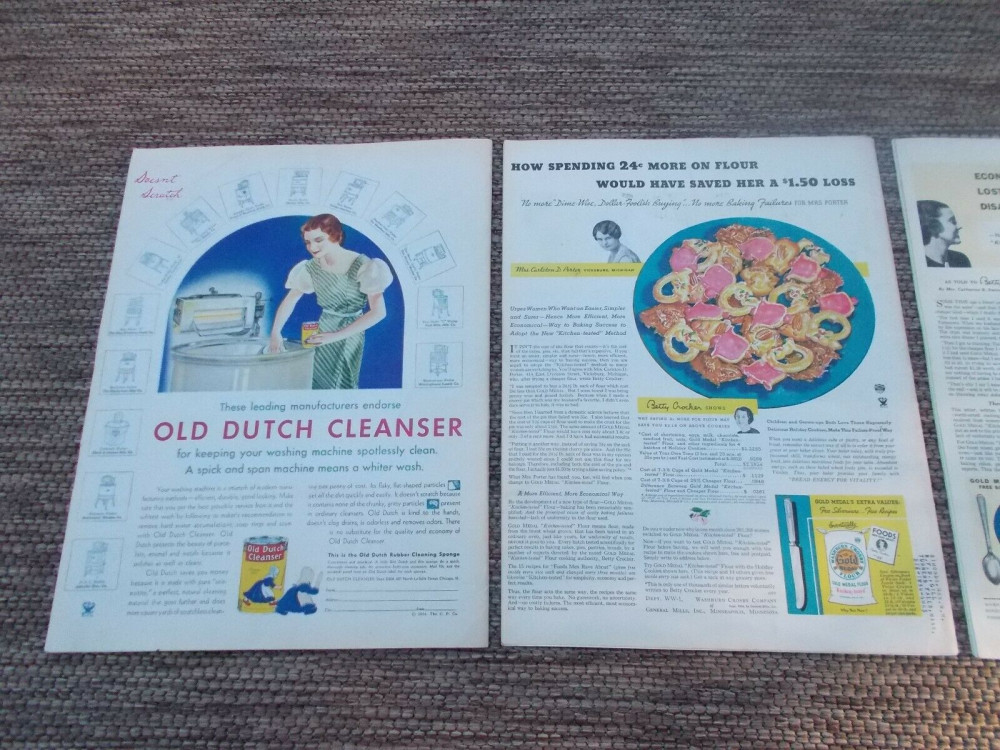 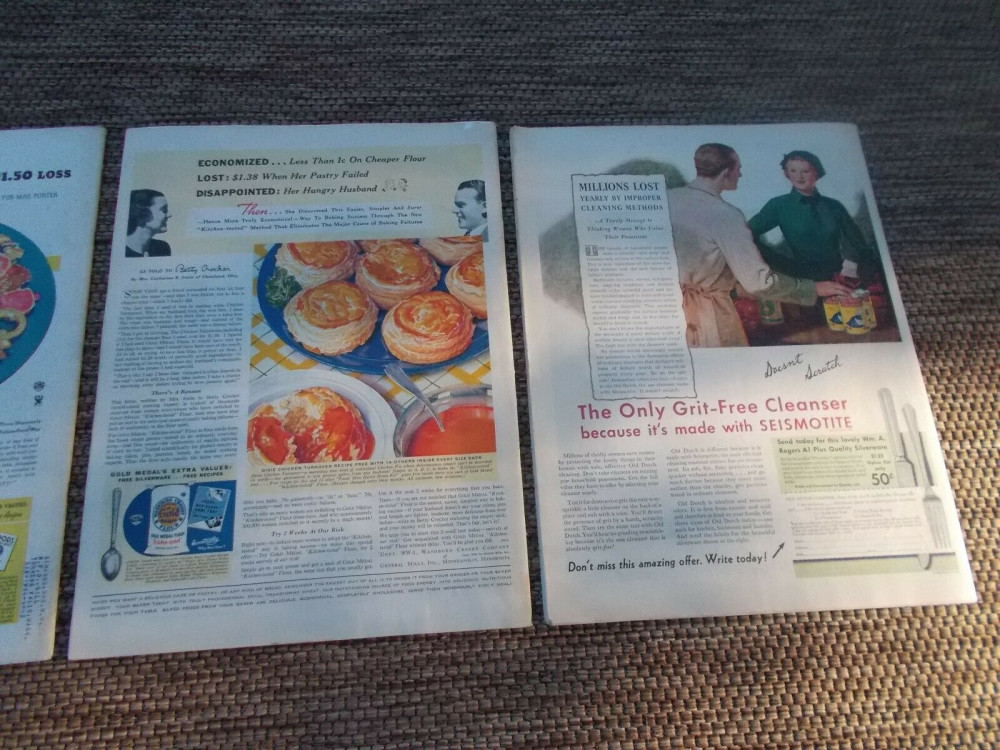 While the four issues are complete and no inside pages are stained, the seller admits the covers are slightly stained and there is age wear and browning.

Oh, and if you win the auction, please copy and forward to me the entire Lombard article. I'm pretty certain this version of Woman's World has not been reproduced online.
Collapse