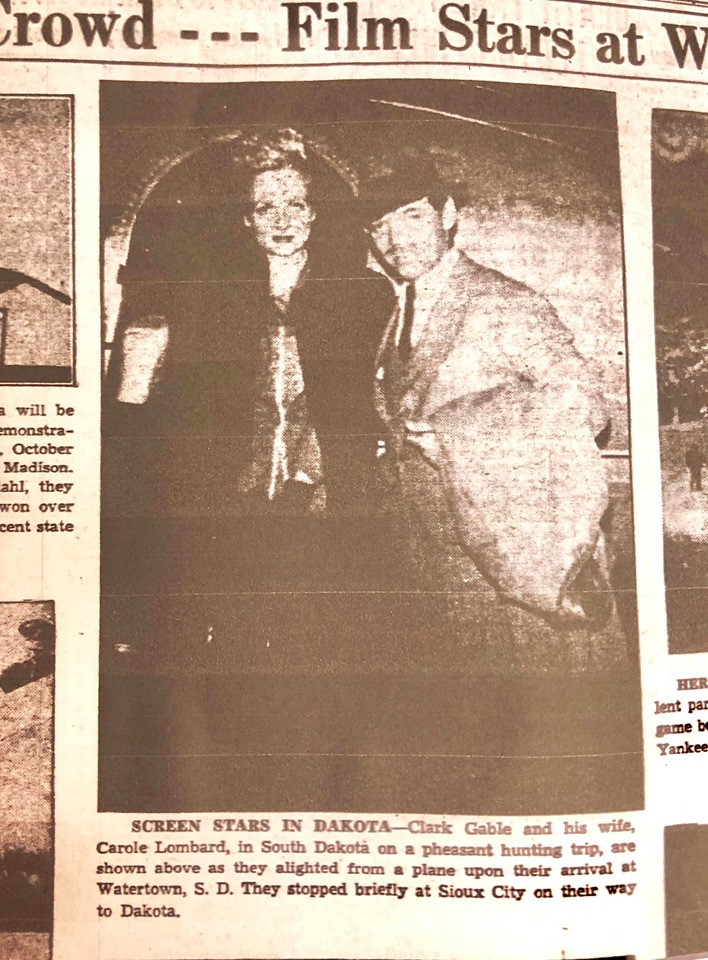 In October 1941, about the time Carole Lombard turned 33, she and Clark Gable journeyed to South Dakota to hunt pheasant. Two months later, their world -- and that of all Americans -- would be irrevocably changed. 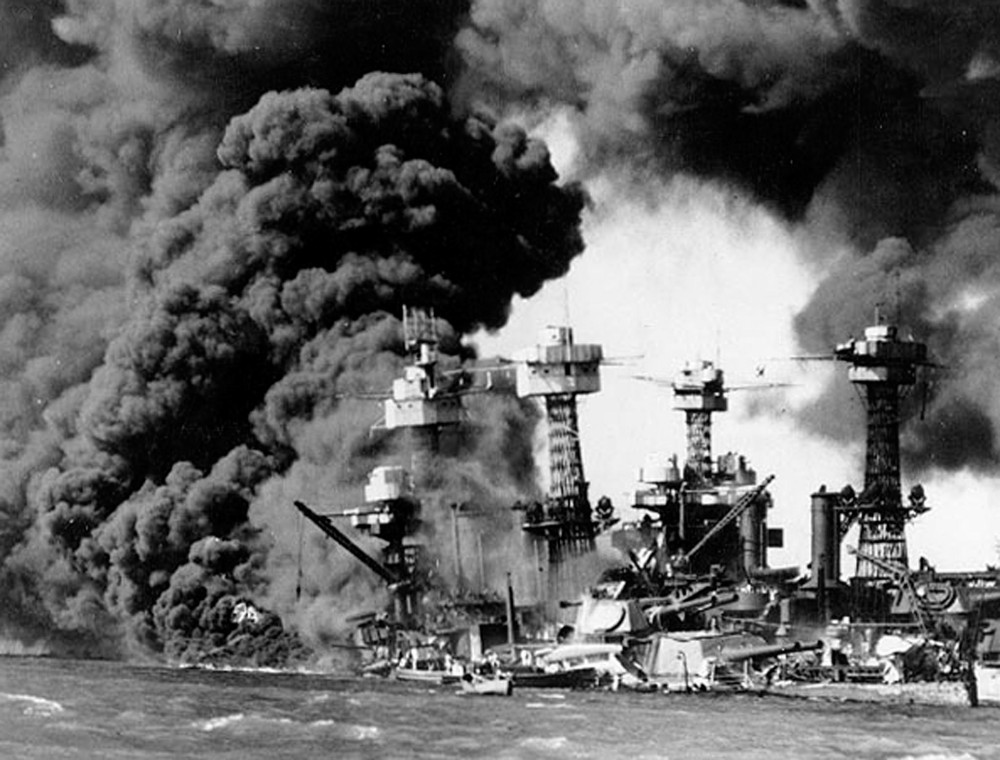 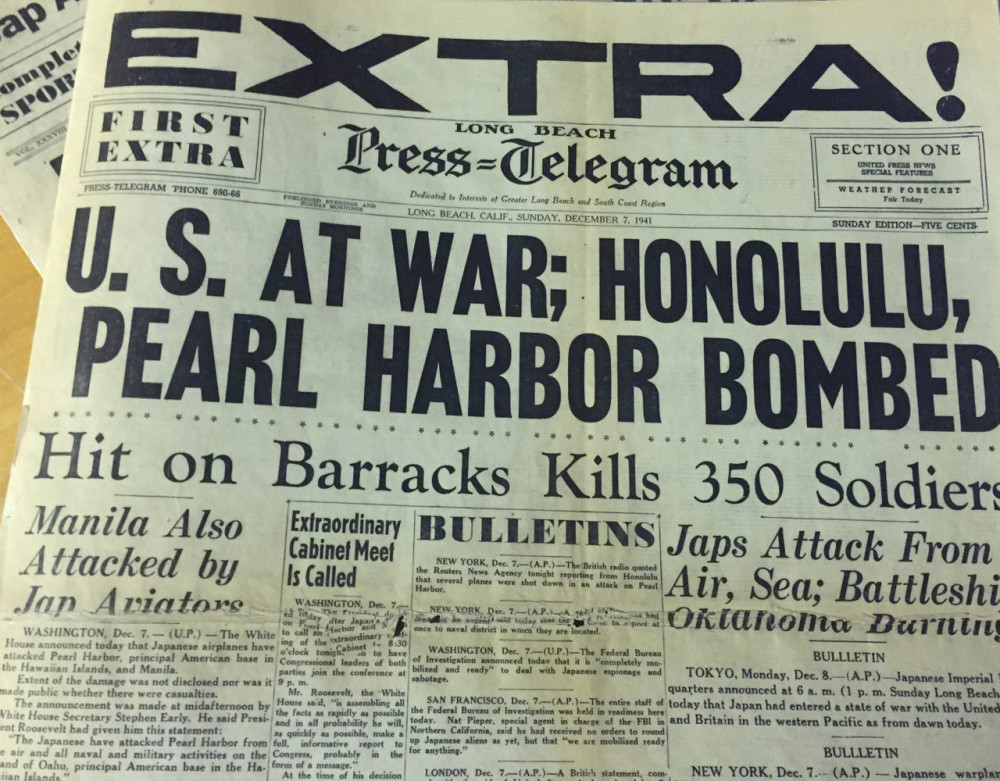 The global conflict now formally known as World War II finally snared the U.S. into it on Dec. 7 when Japan attacked the naval base at Pearl Harbor in Hawaii, where Lombard had honeymooned with initial husband William Powell nearly 10 1/2 years earlier. While America had gradually mobilized its militia in preparation for any war, the sudden shock of this "day that will live in infamy," as President Franklin D. Roosevelt put it, spurred countless Americans into aiding their suddenly vulnerable nation.

And among those who called themselves into action were Lombard and Gable. 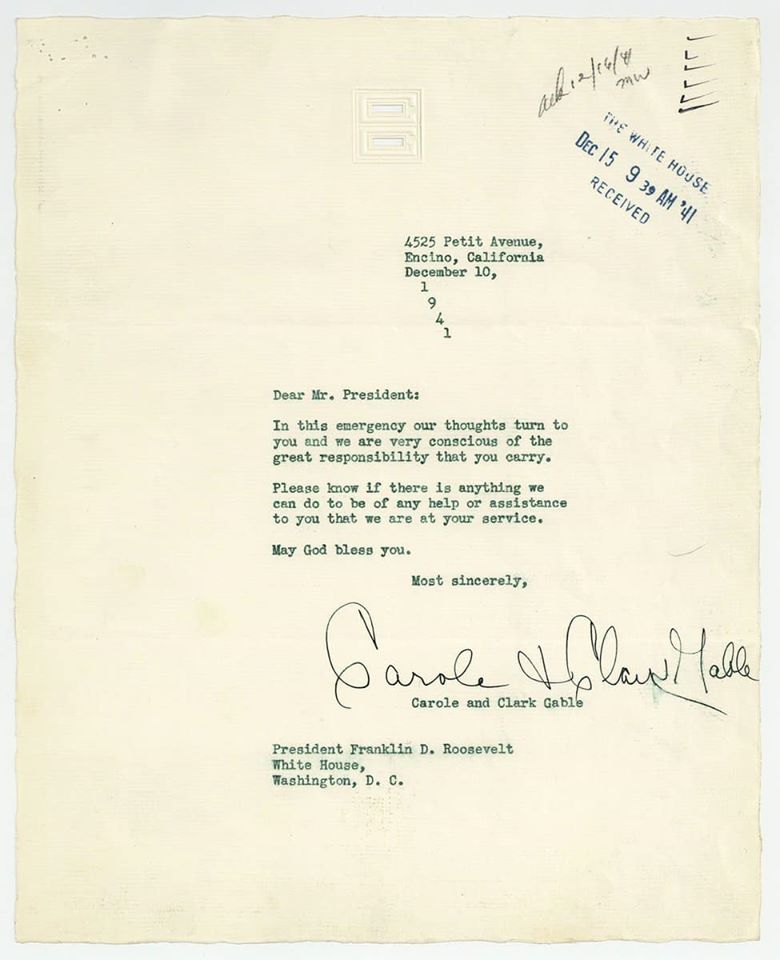 Three days after Pearl Harbor, the couple sent the above letter to Roosevelt, whom they had met at the White House nearly a year before (https://carole-and-co.livejournal.com/73489.html), attending and hearing his famed "arsenal of democracy" fireside chat.

In the letter, Carole and Clark expressed their support for the cause. That night, they proved it at a hastily-arranged meeting at the Hollywood Roosevelt Hotel (named for Theodore Roosevelt). 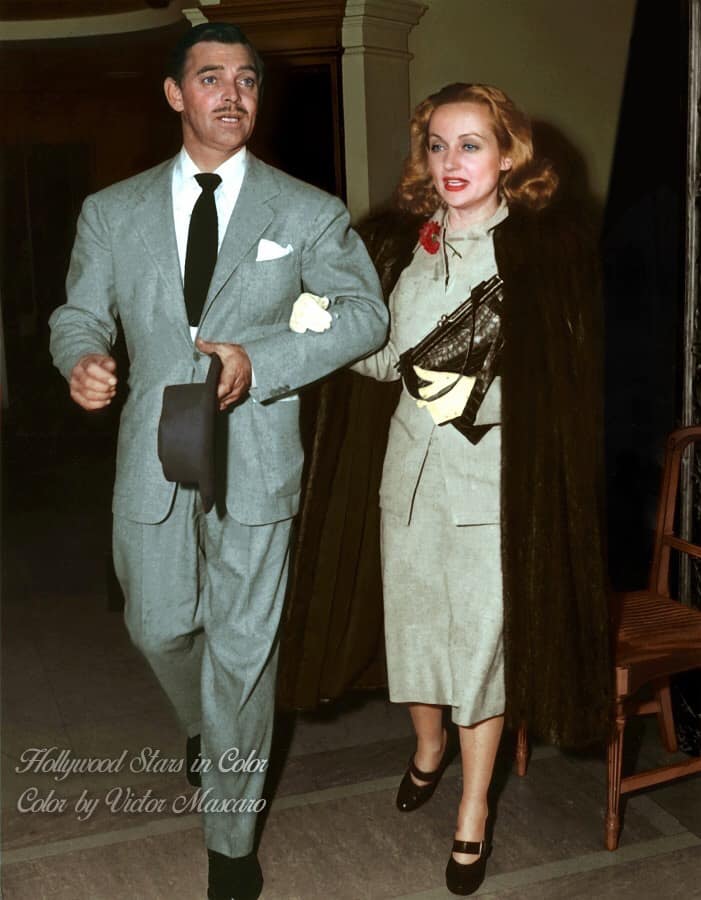 This photo, recently colorized, shows the couple leaving the Roosevelt. Gable was named the first chairman of the new Hollywood Victory Committee, a group whose purpose was to enable performers to aid the war effort through bond rallies and appearances before the military to improve morale. On Dec. 18, Roosevelt asked the entertainment industry for its help.

(Incidentally, the letter and photo will be part of Brian Lee Anderson's forthcoming book on the final few months of Lombard's life, a book that now has a title -- "Tales Of Blue Heaven.")

Gable was asked to headline the first war bond rally, but he suggested his more gregarious wife handle the duties. And the following month, she did precisely that, speaking in Indianapolis, capital of her home state of Indiana: 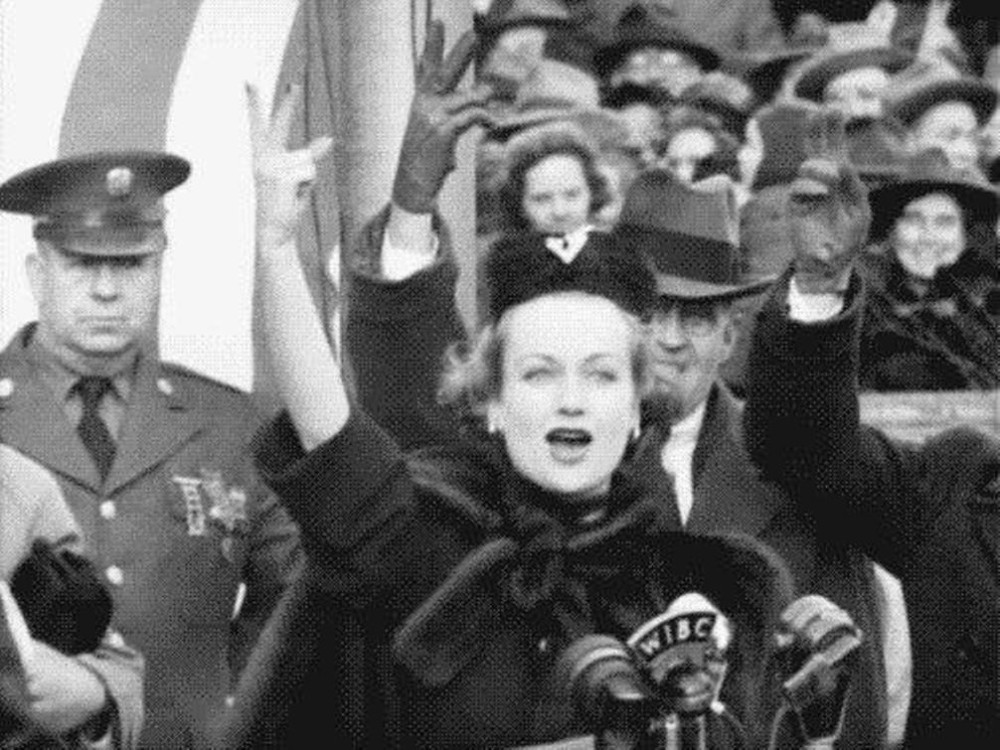 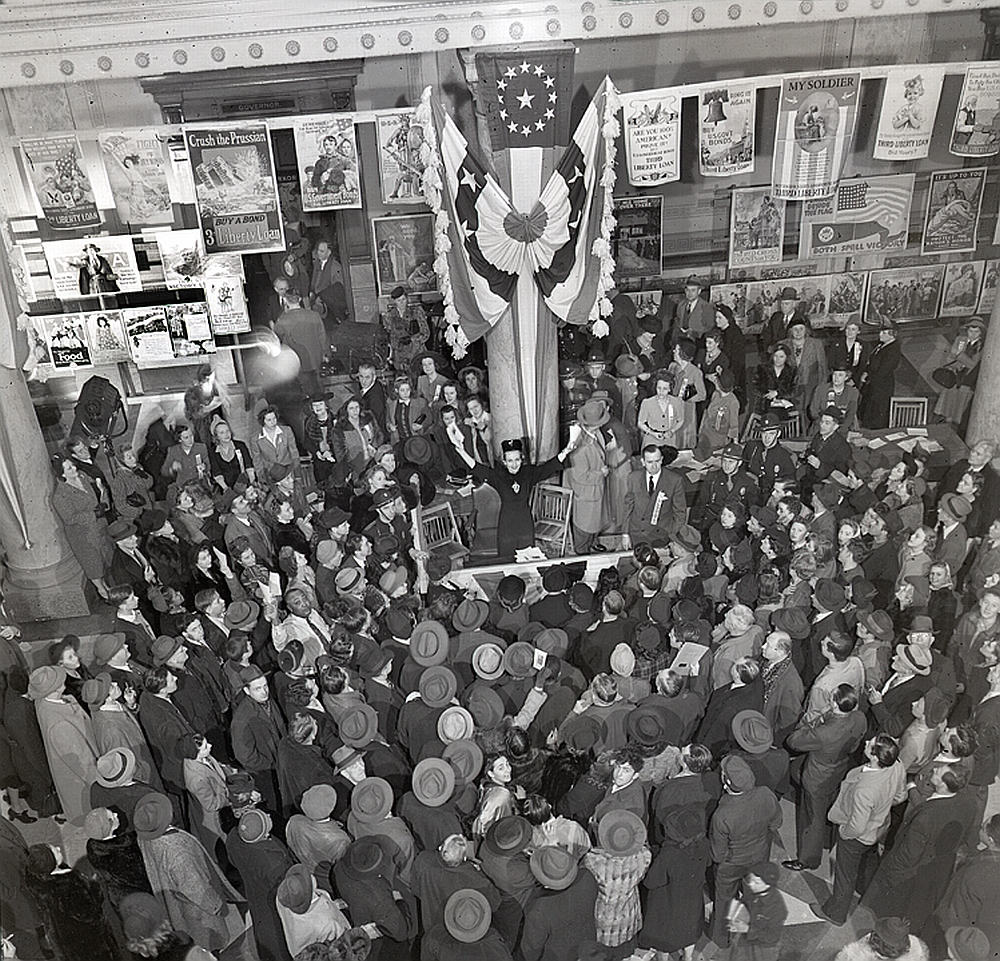 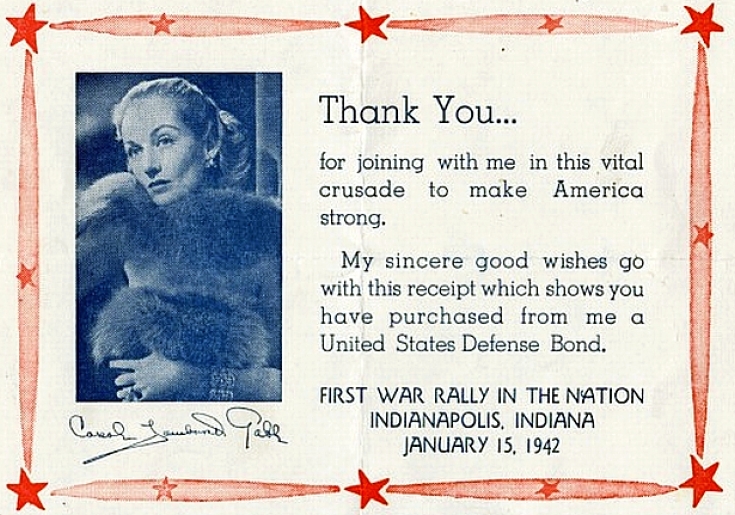 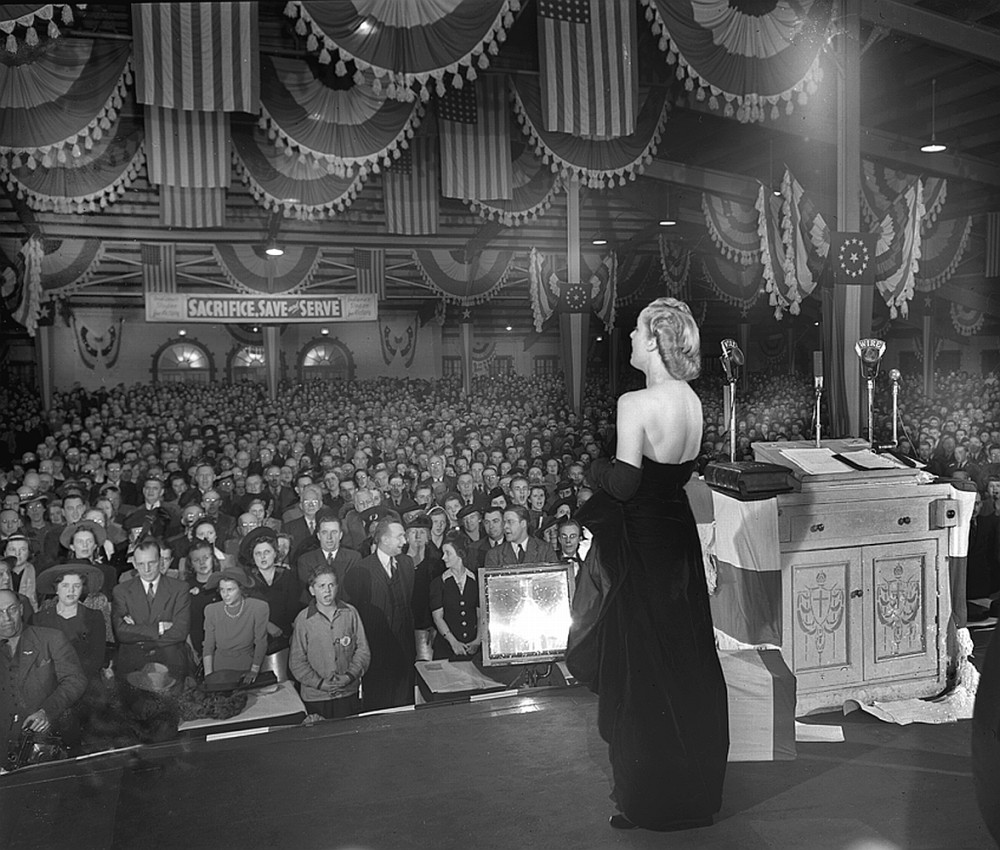 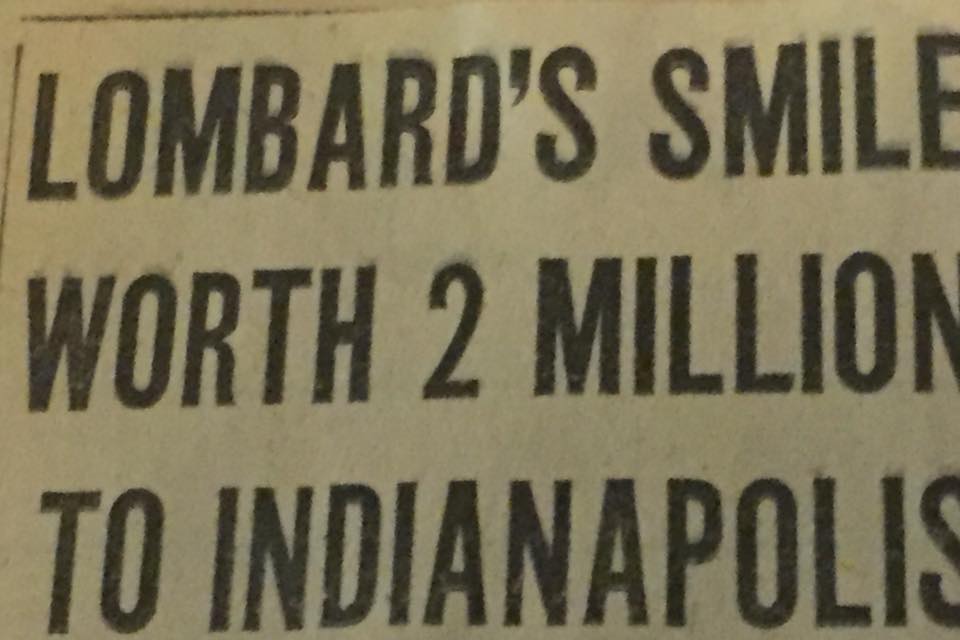 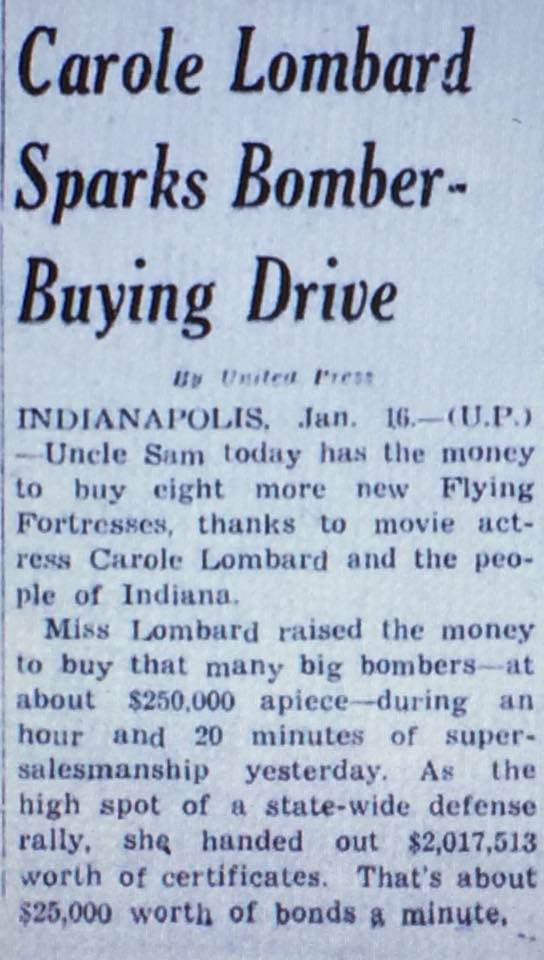 Had it only ended on that successful note. As we all know, for Lombard, her mother Elizabeth Peters, MGM publicist Otto Winkler and 19 others aboard Flight 3, it didn't.

But the Victory Committee continued, and its contributions over the next four years were staggering: 56,037 appearances by 4,147 persons in 7,700 events. Moreover, 176 persons went on 122 overseas tours, performing for 13,555 days. (In those days of military segregation, the committee had a "Negro division," headed by Hattie McDaniel, to provide entertainment for black troops.)

Here's Jack Benny, who contributed both stateside and overseas, performing before servicemen: 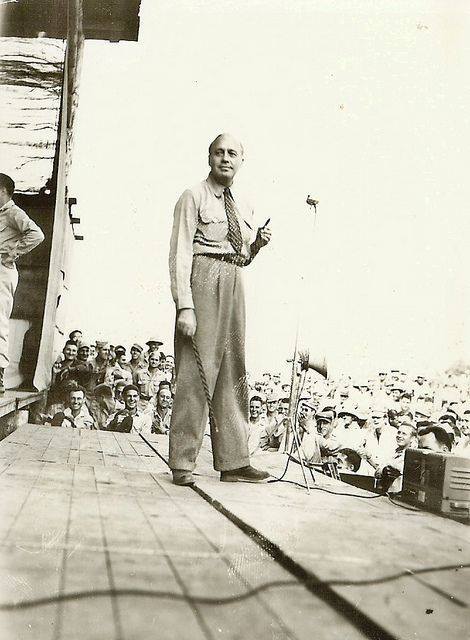 In March 1943, Variety saluted entertainers who aided the war effort -- and Lombard, gone for more than a year, was not forgotten: 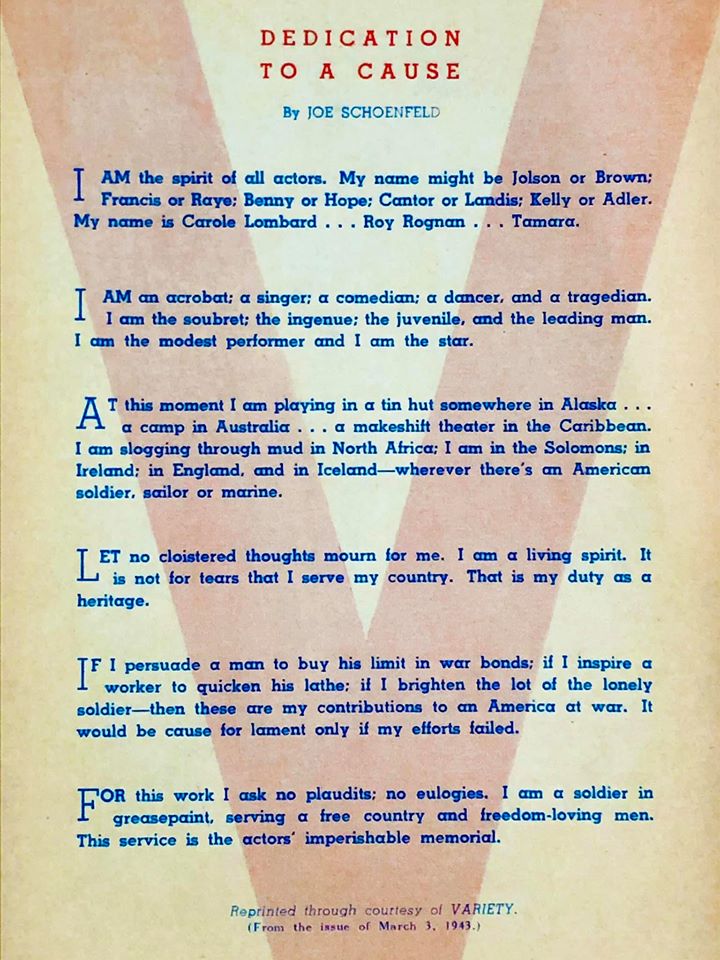