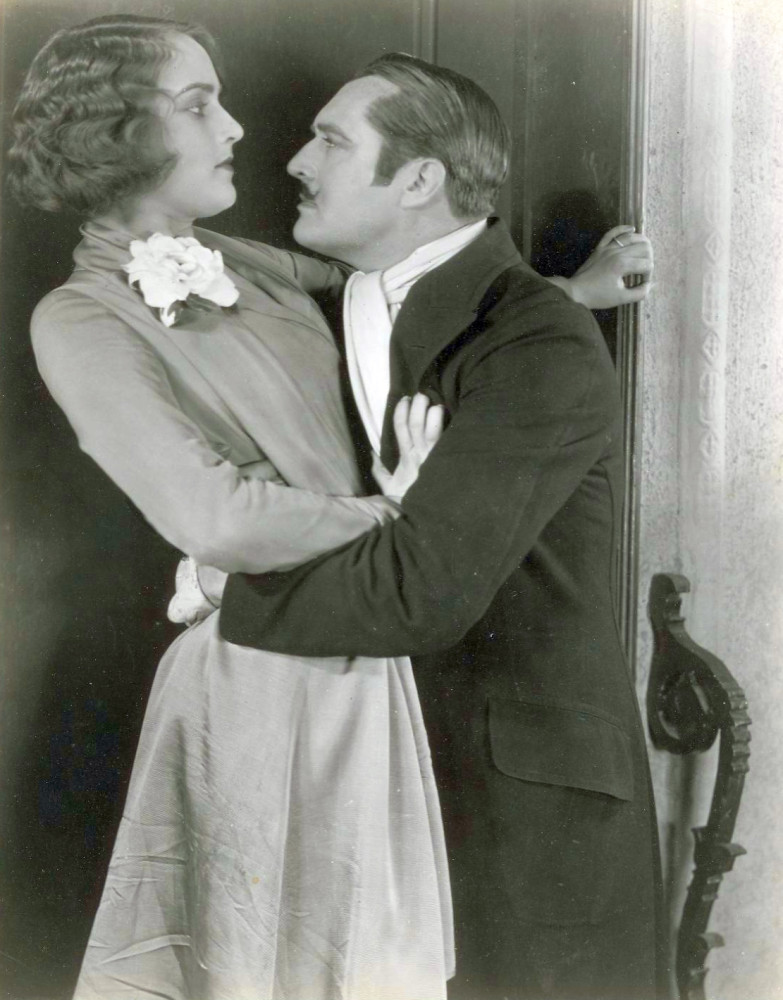 Jane Alice Peters, now known professionally as Carole Lombard, must have been thrilled in early 1925 when, at a mere 16, she was hired as the leading lady for the Edmund Lowe vehicle "Marriage In Transit" for Fox. And the world was ever so slowly taking notice.

We have proof of that, thanks to the Media History Digital Library. Here are several references to her in both fan magazines and the film trade press that year. (And note all of these refer to Lombard as "Carole"; the version without the "e" didn't come until she worked for Pathe.) 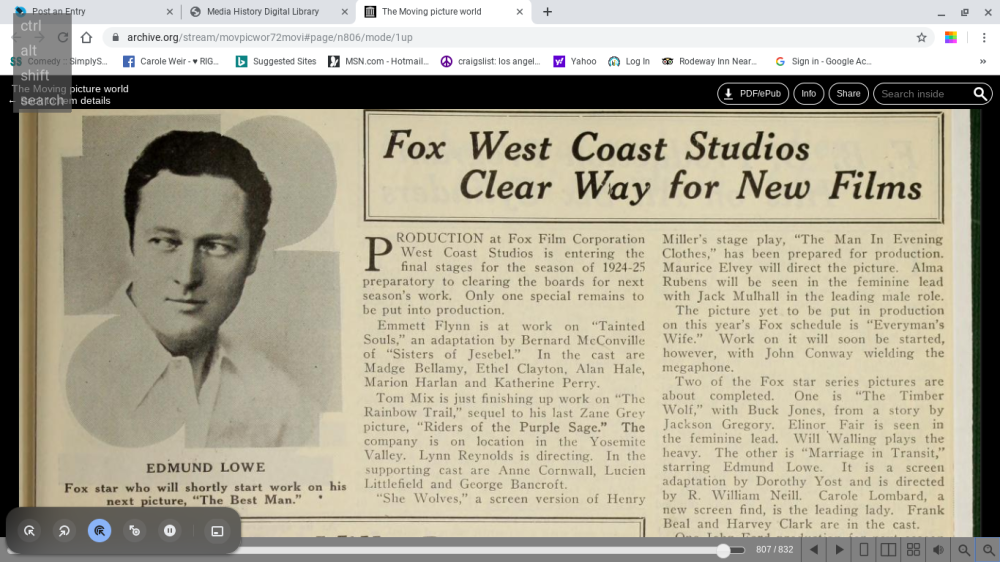 It reviewed "Transit" on April 11: 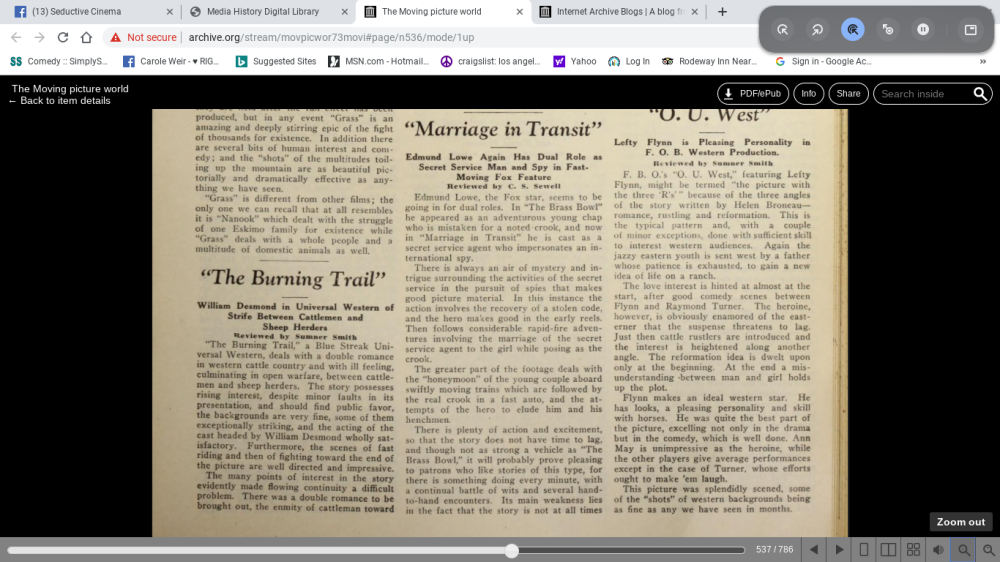 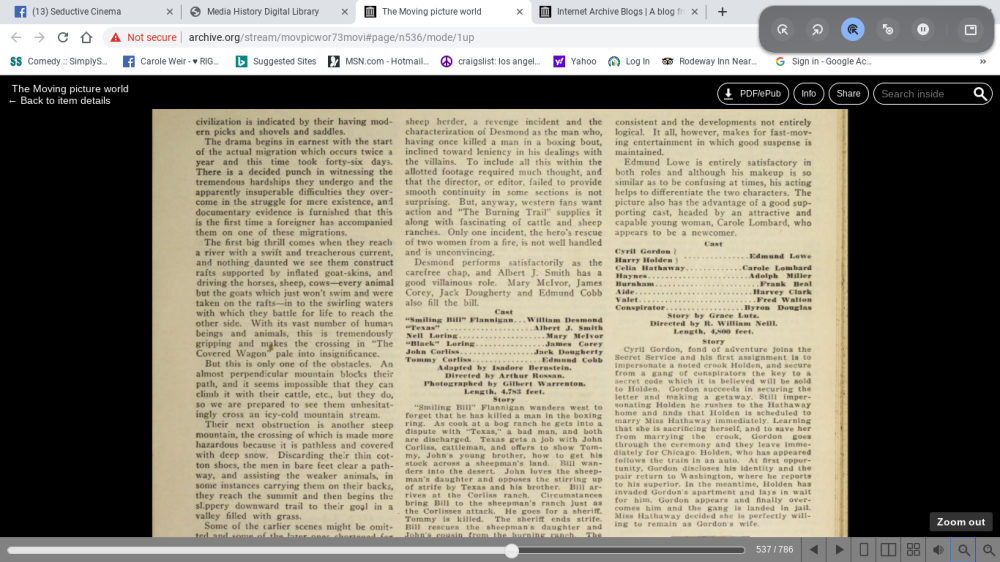 Its May 16 issue had a long section on the Fox studio, including a full-page spread of its new stars...and Lombard was among them, in a portrait of her I've never seen before: Lombard, Lowe and director R. William Neill meet Lew Cody, a major star of the day. And Carole, later famous for quaffing major amounts of Coca-Cola, already is seen with the stuff. 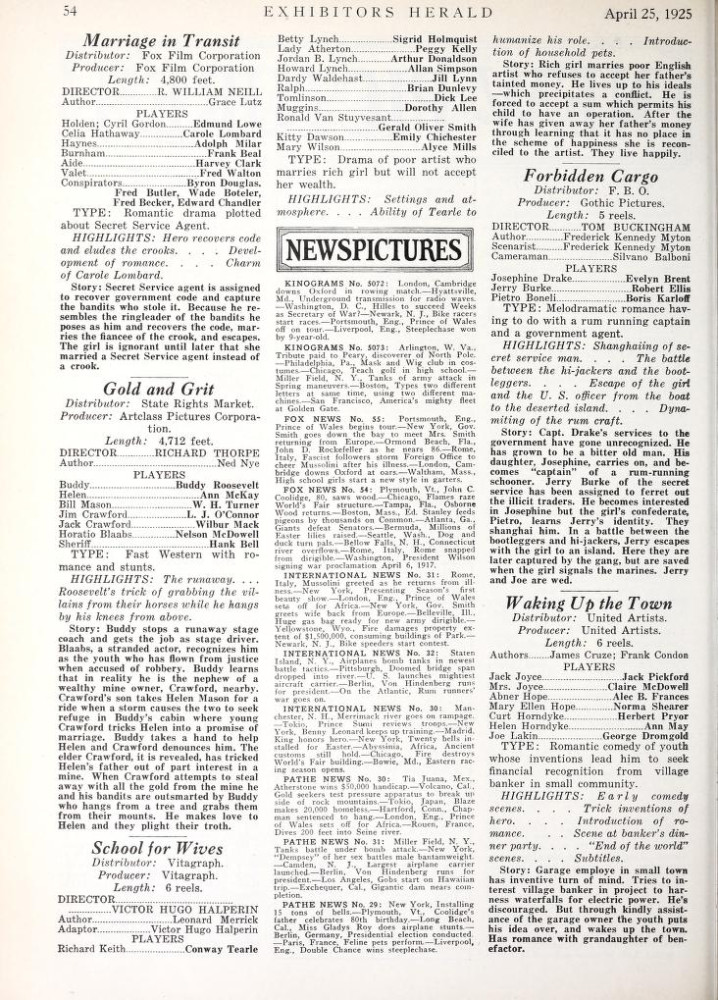 There's a reference to the "charm of Carole Lombard," but not much else regarding her.

And on April 25, Exhibitor's Trade Review gave its assessment of the film, labeling Lombard "an attractive heroine": 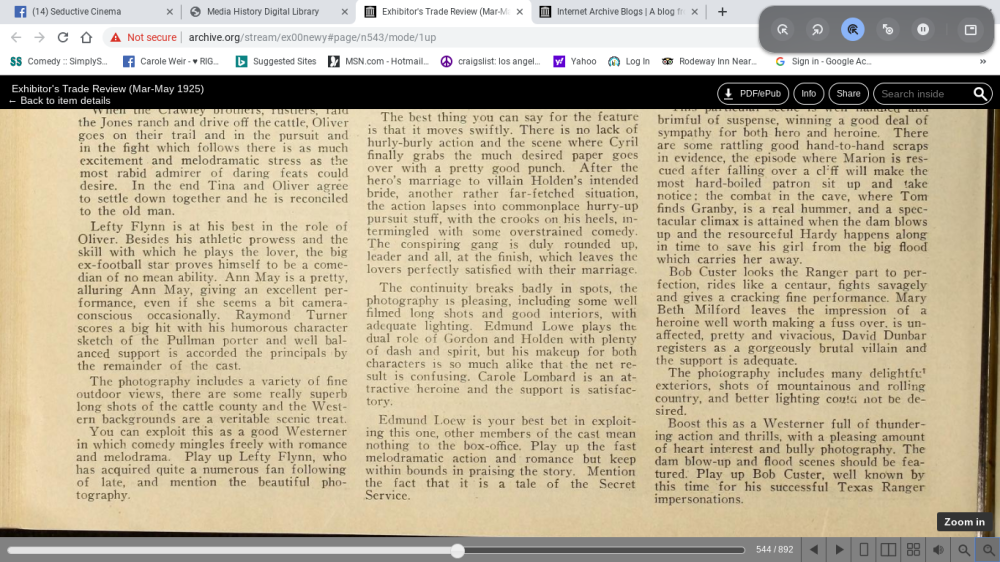 By now, the teenage Carole probably read "the trades"...but likely got more satisfaction from seeing her name in fan magazines, visible to her former Fairfax High School buddies. (She had dropped out of school at the end of 1924, in the middle of her sophomore year, to focus on acting.) And she could be found in the fan mags, too. Mary Brian was the cover subject of the June 1925 Picture-Play. (In 1933, she would replace Carole as James Cagney's leading lady in the Warners comedy "Hard To Handle.") Inside, Edwin and Elsa Schallert' "Hollywood High Lights" column was largely a rehash of what Edwin had written in the Los Angeles Times (https://carole-and-co.livejournal.com/394176.html), but included this Lombard tidbit: The now largely-forgotten Madeline Hurlock graced the cover of that month's Photoplay: 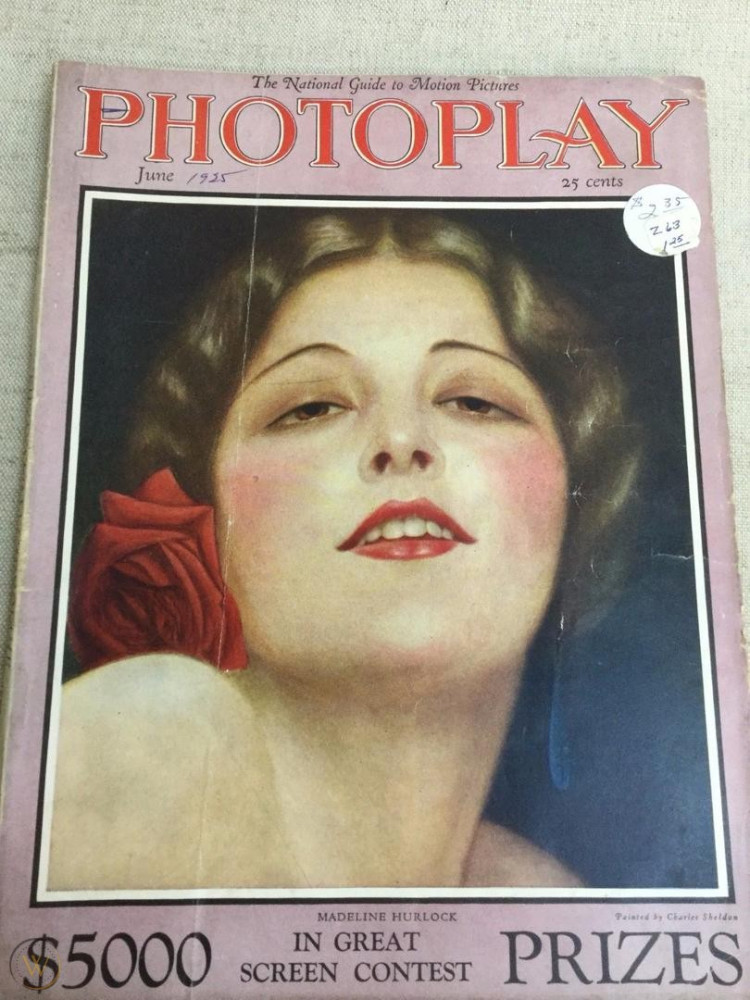 Inside was a capsule review of "Transit": 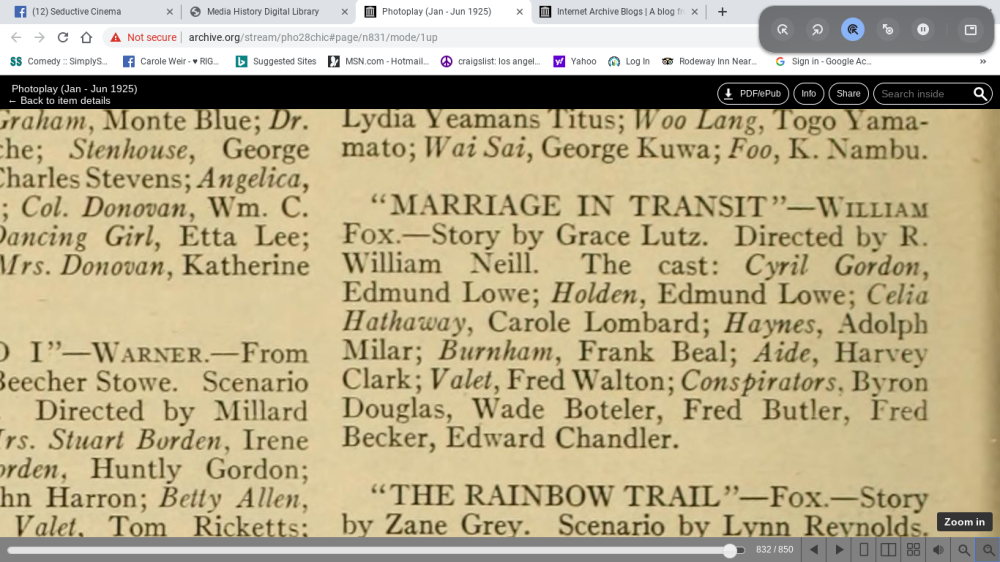 Finally, Carole's first mention in the European press came in the August Pictures and Picturegoer, a UK magazine: Lombard later downplayed her work, calling it terrible. Alas, we'll have to take her word for it -- "Marriage In Transit" is long lost.
Collapse