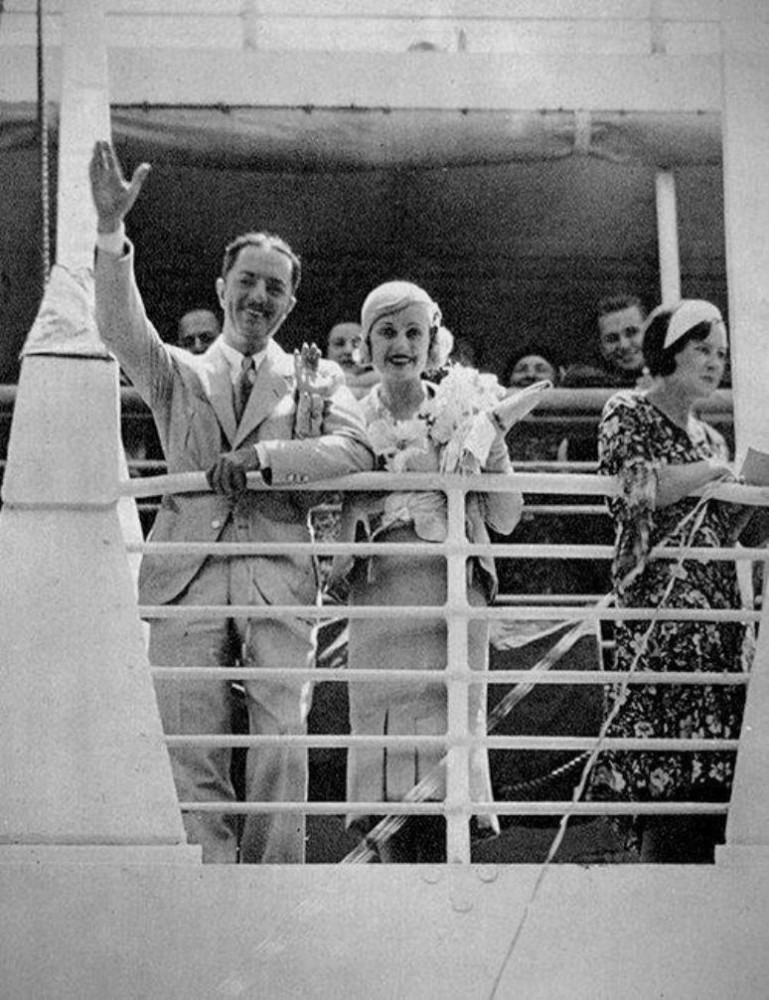 The exuberance Carole Lombard and William Powell had felt on their honeymoon in mid-1931 had largely dissipated two years later. Not replaced by discord, mind you, just a sense that this couple were better friends than lovers. (They would remain that way until Carole's death.) In June 1933, Lombard left for Nevada to establish residency necessary for a divorce.

By then, the July 1933 issue of The New Movie Magazine, with Carole on the cover, was in production: 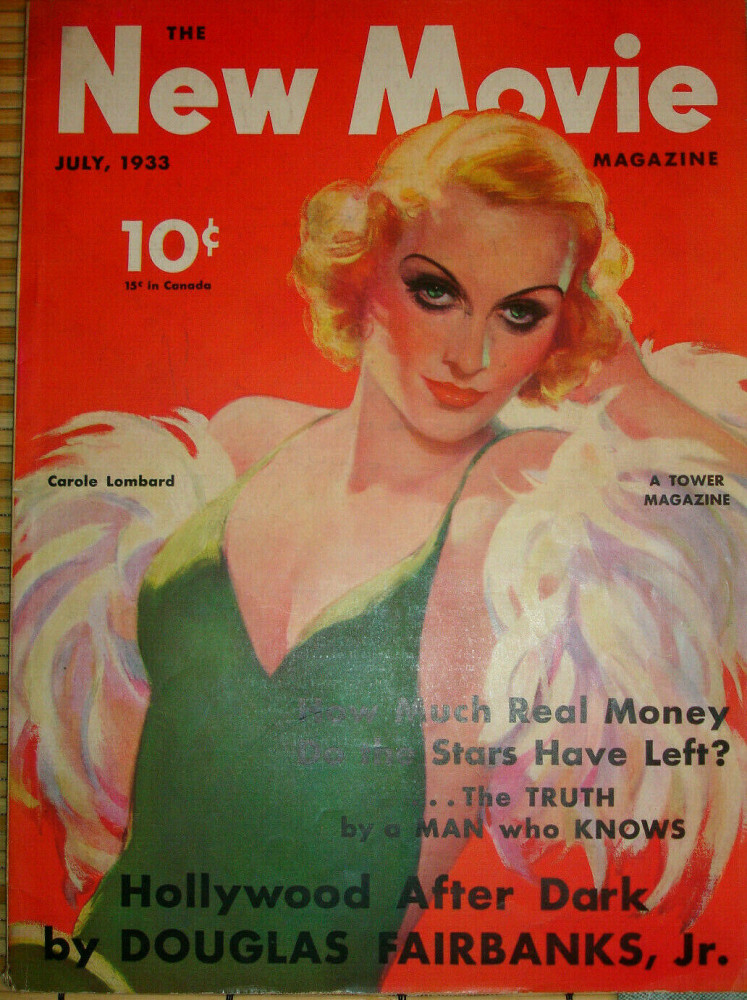 In retrospect, it's rather amusing to see this comment from a Glendora Van Heuvel of Milwaukee on the issue's back page: 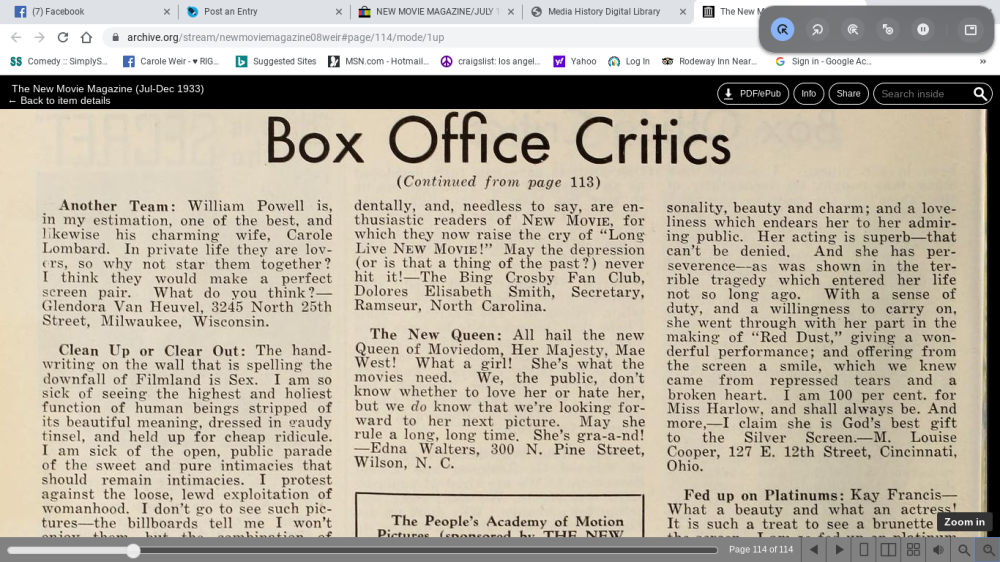 One imagines her reaction when the couple soon divorced...or when they co-starred in "My Man Godfrey" three years later. Vindication!

Earlier in '33, Lombard and Powell went to watch the horses at Agua Caliente south of the border, where Carole posed for this picture with film executive Joseph Schenck: 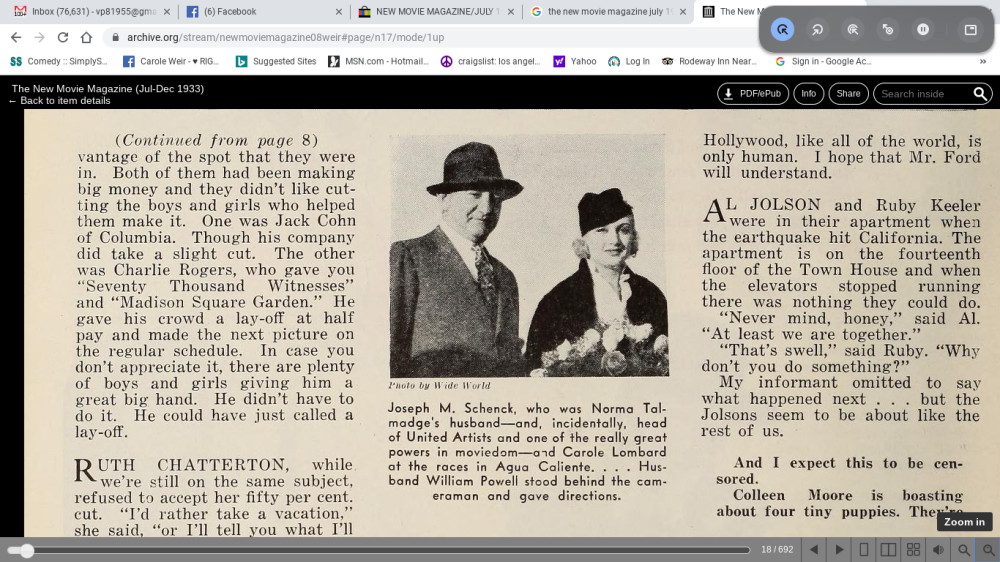 Then there's this tidbit from humorist Ted Cook: 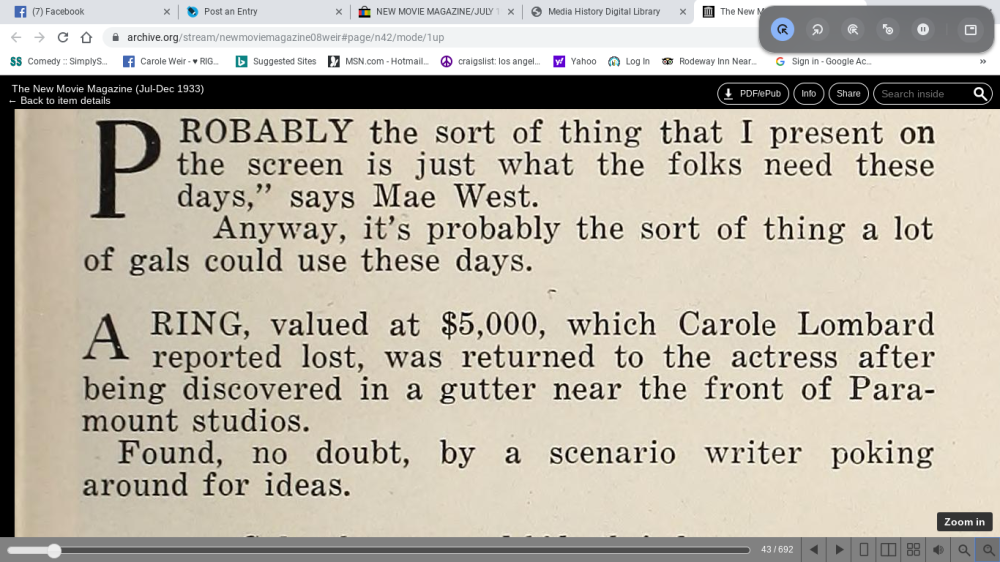 Elsewhere in the issue, a paean to bikes and beer... 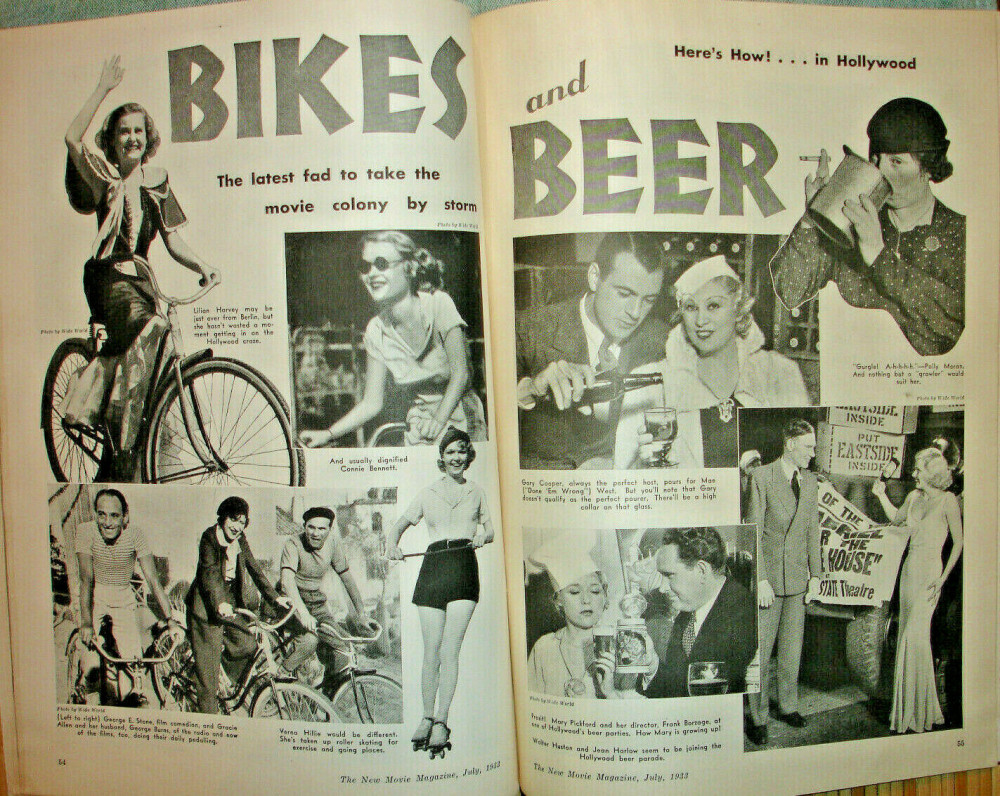 ...anti-Japanese stereotypes 8 1/2 years before Pearl Harbor, opposite a portrait of Elissa Landi... 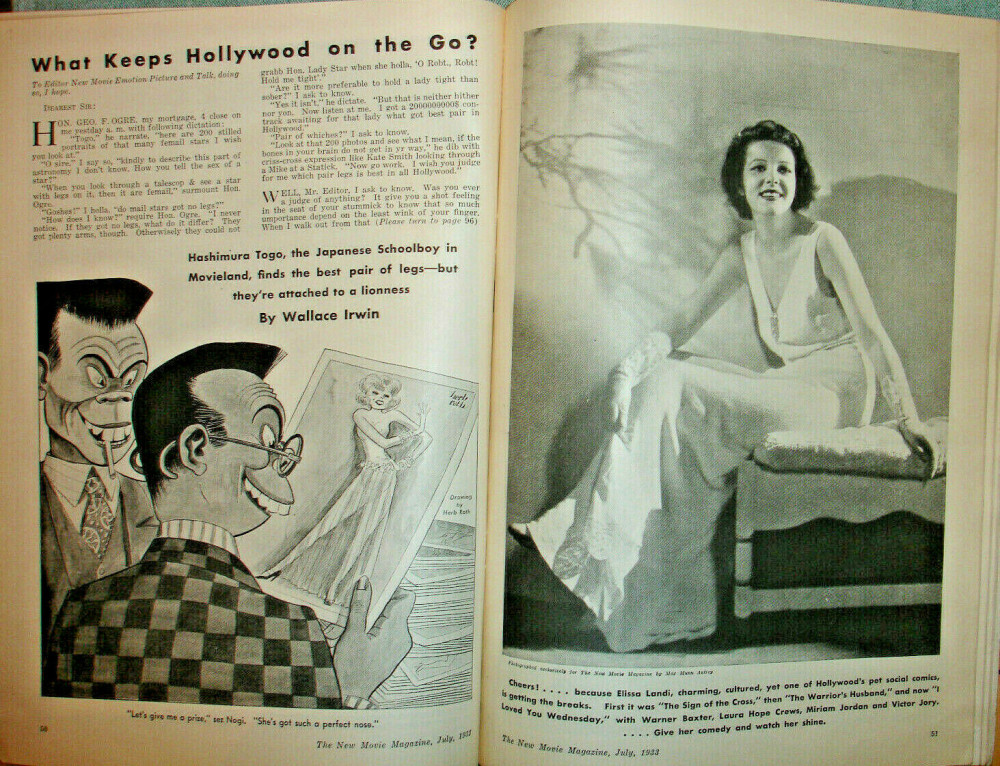 ...and a colorful ad for combs: 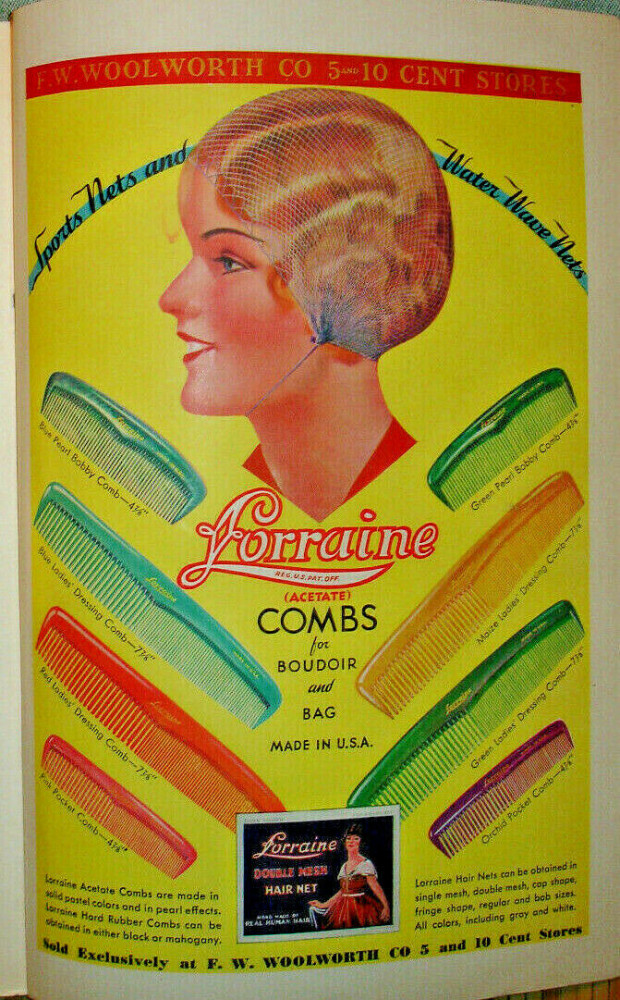 This magazine is said to be in excellent condition, aside from some age browning. Bidding begins at a mere $8, but you don't have much time to get involved -- the auction is set to close at 5:55 p.m. (Eastern) Wednesday.