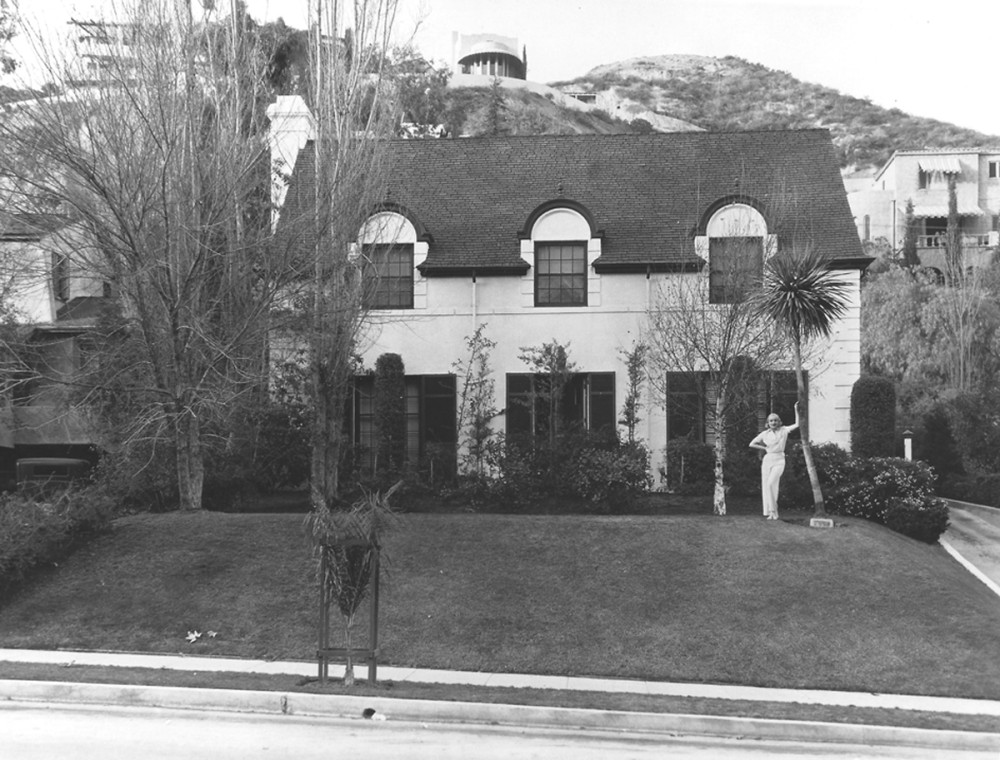 Carole Lombard resided at 7953 Hollywood Boulevard for less than three years (roughly late 1933 to mid-1936), but it became an integral part of the Lombard legend. And why not? Think about her timeline. When the 1930s began, Carole was living with her family, then in 1931 would soon marry, and move in with, William Powell. 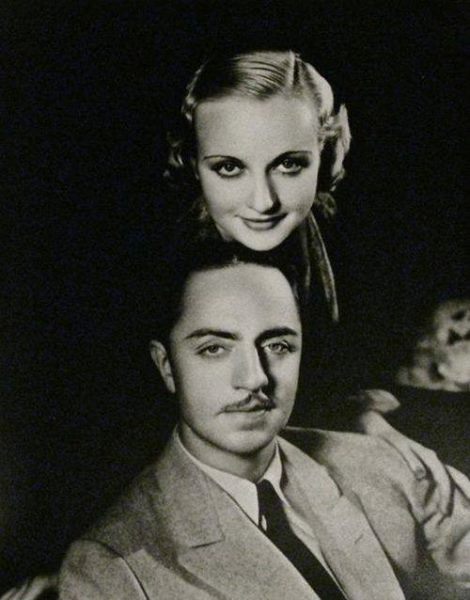 After their amicable divorce in August 1933, Lombard turned 25, independent for the first time in her life and on the rise in the film industry. Living on her own liberated Carole and let her create her own persona -- professionally, socially and sexually. The Hollywood Boulevard house helped define the Lombard post-Powell and pre-Clark Gable. (Carole left the residence, which she rented and never owned, because it simply was too visible for her and Clark to carry on romantically.) 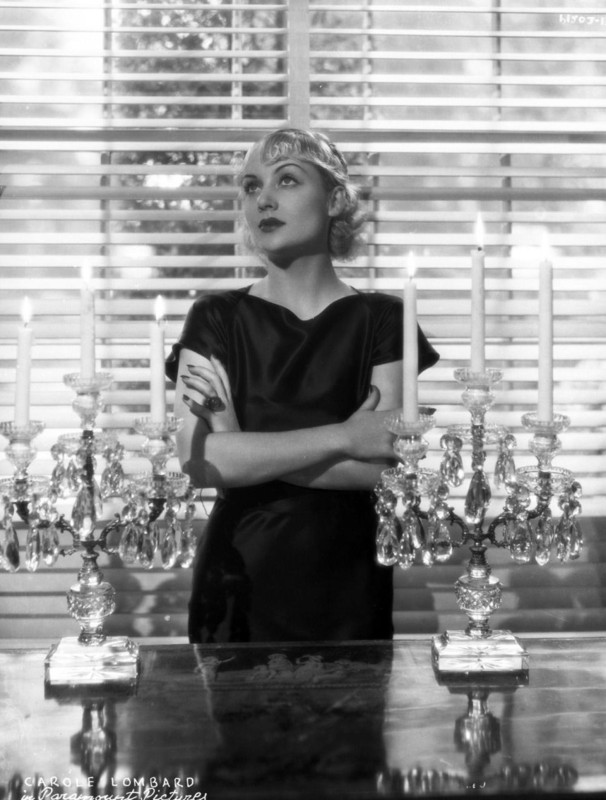 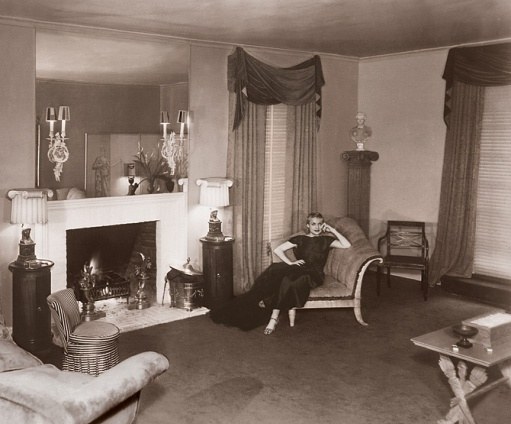 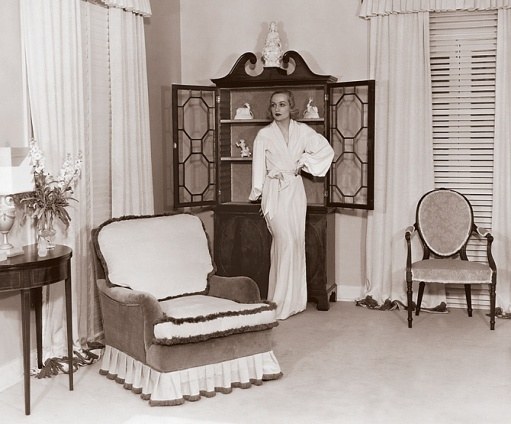 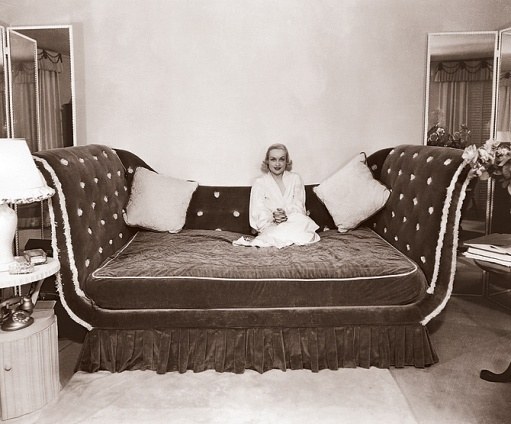 From the William Haines-designed interior to the huge bed Lombard likely shared with deserving lovers, the house hosted a woman ahead of her time. It's no wonder that subsequent occupants were (and are) entranced by its lovely, legendary ghost.

I've never been inside the house, but first saw it on my initial visit to Los Angeles in June 1989. (It's just west of Fairfax, where Hollywood proper begins to transform into the Hollywood Hills.) I respected the unknown resident and resisted any urge to knock and perhaps learn more. As it turned out, someone would do that for me -- something I wouldn't find out for more than a quarter-century.

On July 30, 1993, the Baltimore Sun's Amy Wallace wrote a piece about the house, which then was up for sale. I didn't discover the article until yesterday, and I'm thrilled to share it with you.

Post-Lombard occupants of 7953 Hollywood Boulevard include actor/composer Max Showalter (who, like Carole, would change his professional name -- it had been Casey Adams) and controversial singer Morrissey (who in his autobiography erroneously states that Lombard lived there with Gable). In between was Mike McNeilly, who Wallace described as an "artist." 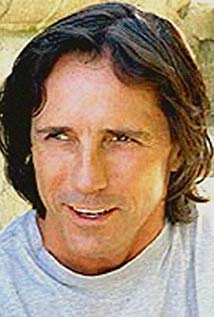 McNeilly's specialty is murals, a field that perhaps enabled him to move into the Lombard house (he now resides in Beverly Hills). Among his works are one of Lady Liberty in 2000 and another paying tribute to David Bowie and Carrie Fisher, who both left us in 2016: 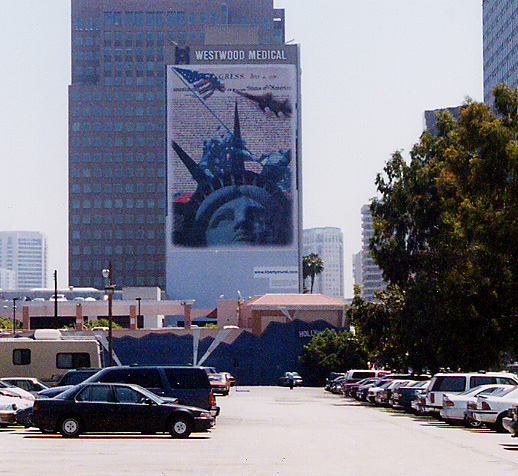 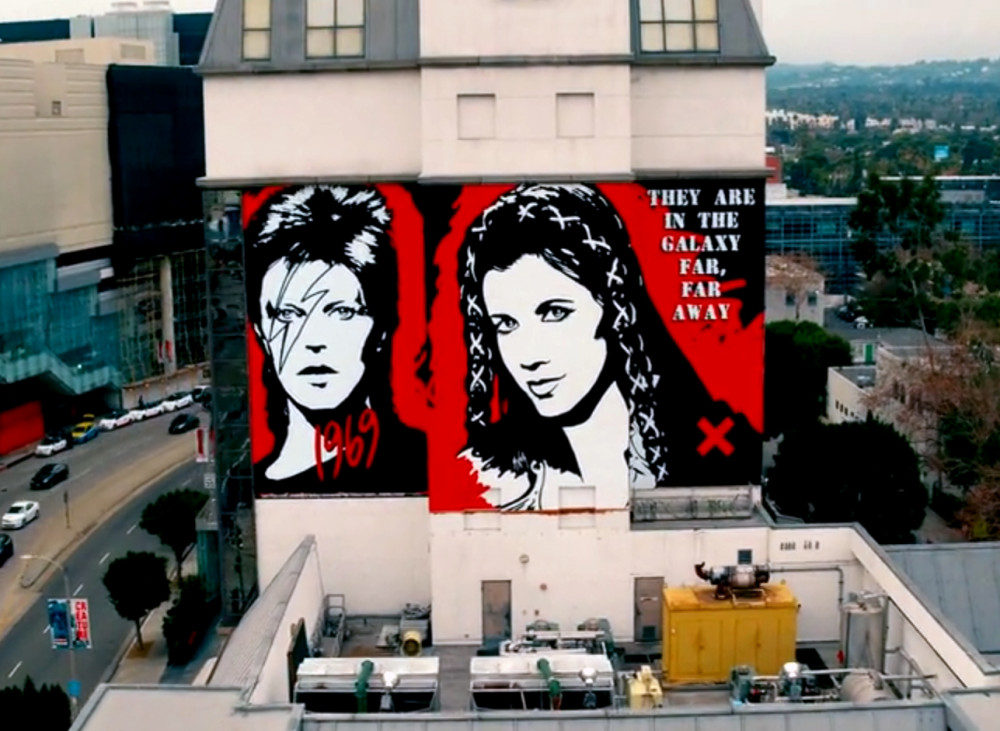 McNeilly told Wallace that when he purchased the house in 1987, it was "strictly as an investment. [Lombard] was not what motivated me to buy it." Then her spirit began to work her magic, aided by her array of fans.

"People from across the country would send me things or write, asking about her," he said. I just started to read up on it and all of a sudden I was caught up. ... This thing with Carole is contagious."

McNeilly concluded: "The minute I got in there, I became one of her biggest fans." Welcome to the club, sir.

To that end, McNeilly helped restore the French Provincial residence, built in the 1920s, to much of its Lombard-era appearance. The front had become overgrown with vegetation during the '80s, as this 1987 photo from author Robert Matzen makes evident: 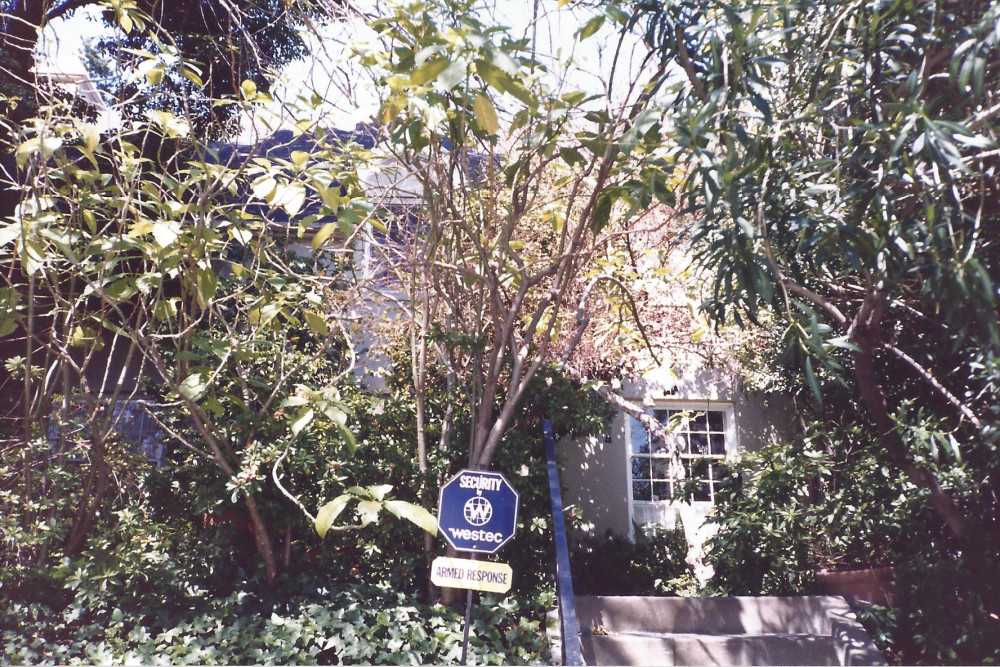 The restoration is probably much to the pleasure of the afterlife Carole. As McNeilly's broker at the time, Cristie St. James, said in 1993, "it still feels like she's really here." May her spirit inspire its current and future occupants.

And this 2011 video advertising the home gives you a feel for its ambience: