Few would call "No More Orchids" (1932), the second of five films Carole Lombard made for Columbia, a masterpiece. But it surely rates as solid entertainment and at times hints at the comedic brilliance she would show later in the decade (despite a few moments, this really isn't a comedy by any means). Perhaps that comic sensibility pops up in the following photo...or is she merely using her eyes to provide us a kewpie-doll Alice White look? 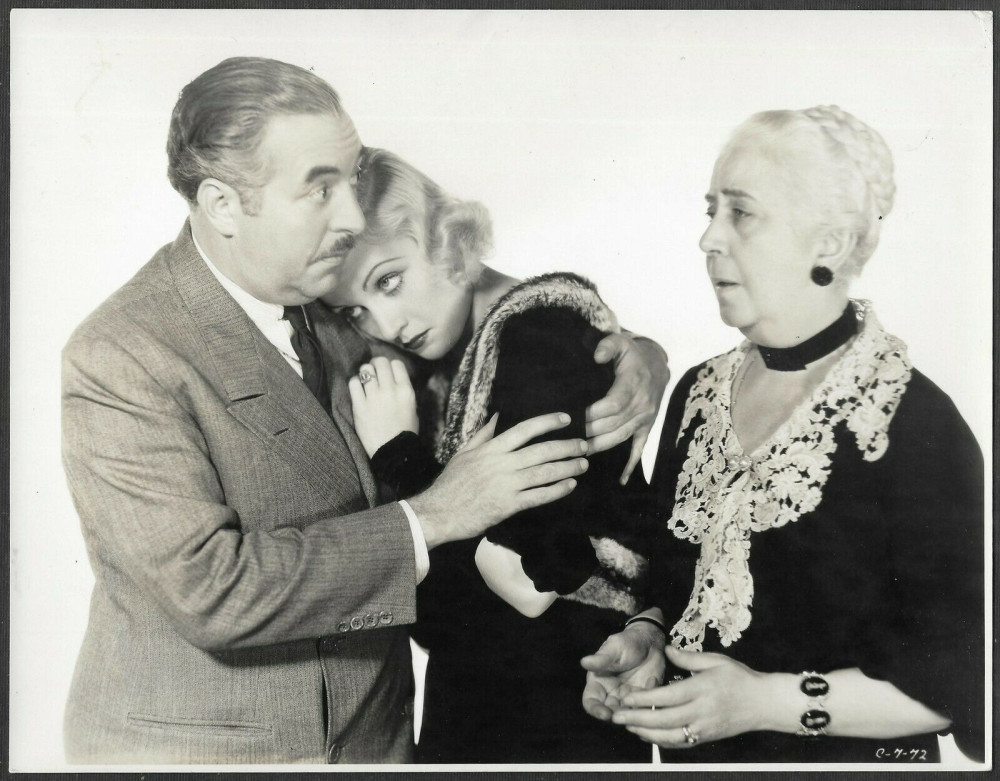 Lombard's leaning on Walter Connolly, a frequent on-screen cohort in the next few years; here, he's playing her wealthy father. Louise Closser Hale, so adept at playing wisecracking elderly ladies, rounds out the pic as her grandmother. 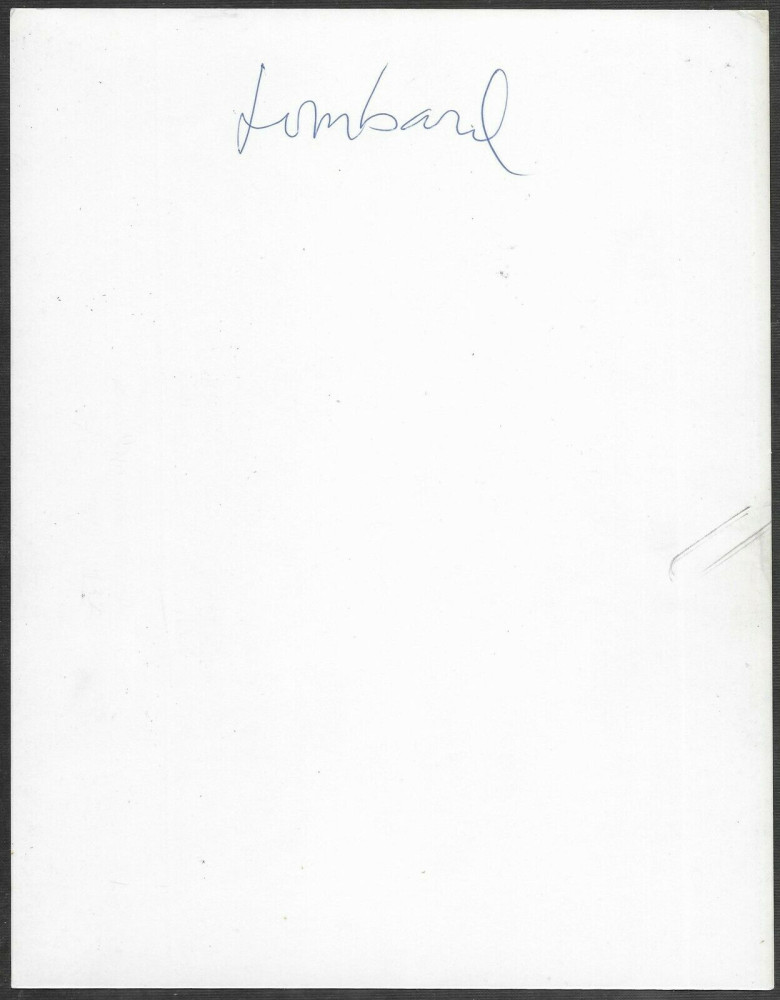 About the only blemish is a slight paper clip impression at top center.