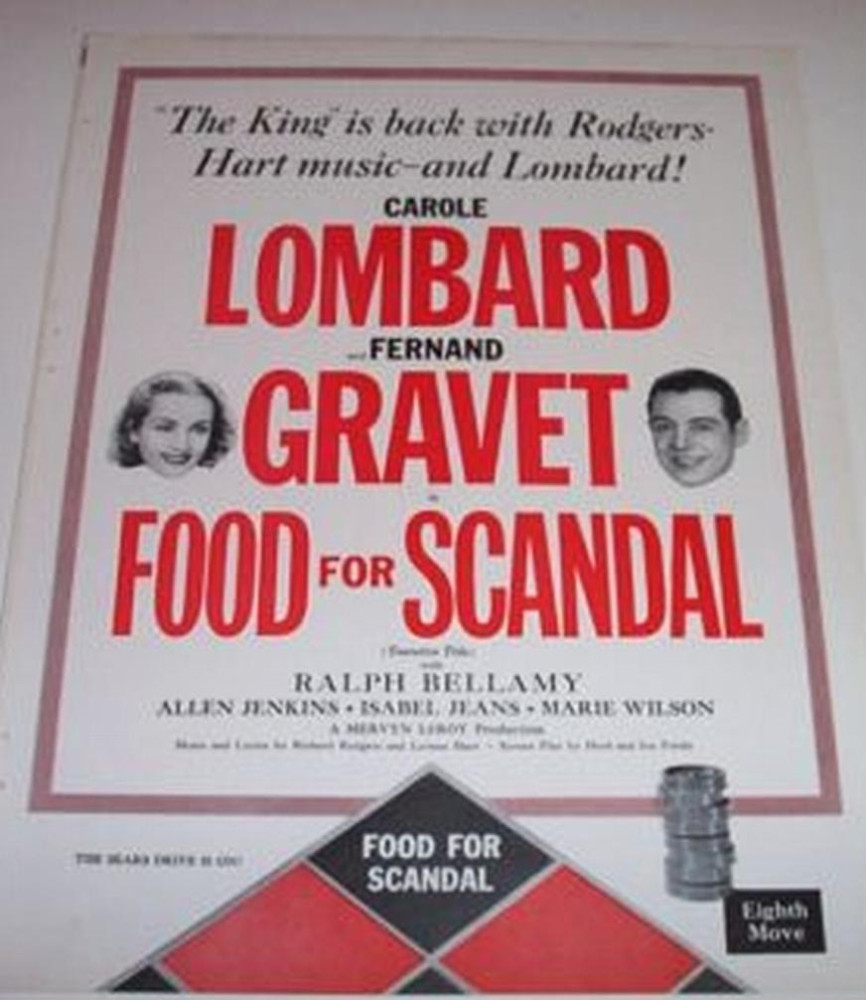 "The King"? That doesn't look like Clark Gable. And what's Carole Lombard doing with "Food"?

It's actually a trade ad from Warners promoting Lombard's next movie, the only one she would make in Burbank. The ad also notes Rodgers & Hart music, which the Lombard and Fernand Gravet characters (he'd recently starred in "The King & The Chorus Girl" with Joan Blondell) may have been listening to when this nightclub scene was shot: 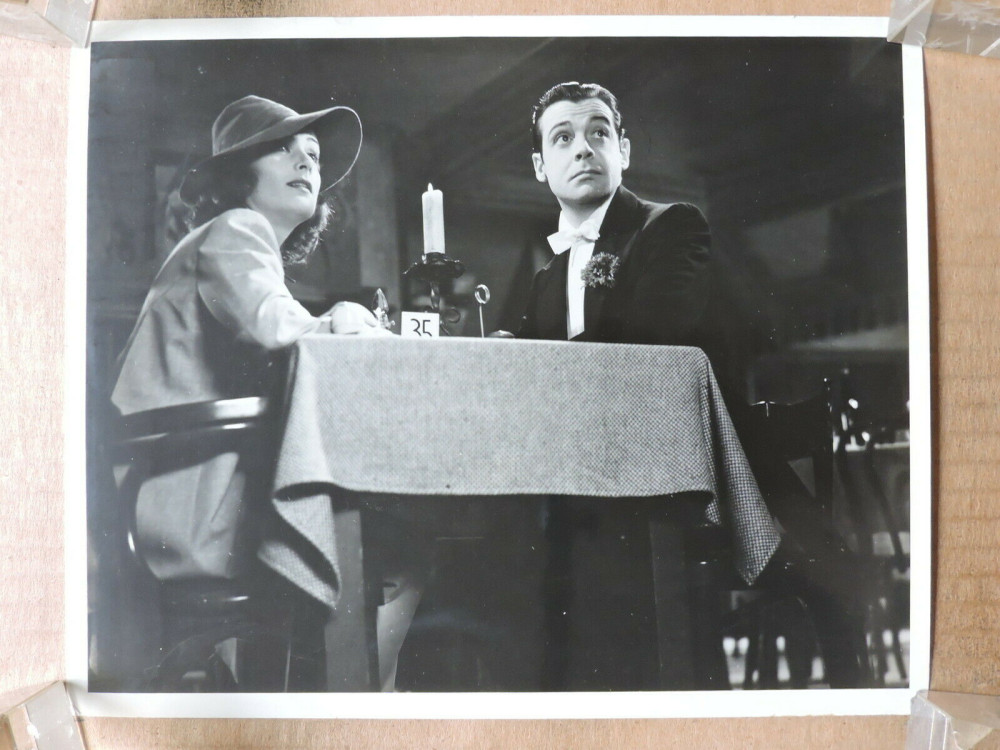 But in mid-production, Warners officials slightly changed the title. "Food For Scandal" became "Fools For Scandal," and the back of the photo was fixed on the fly: 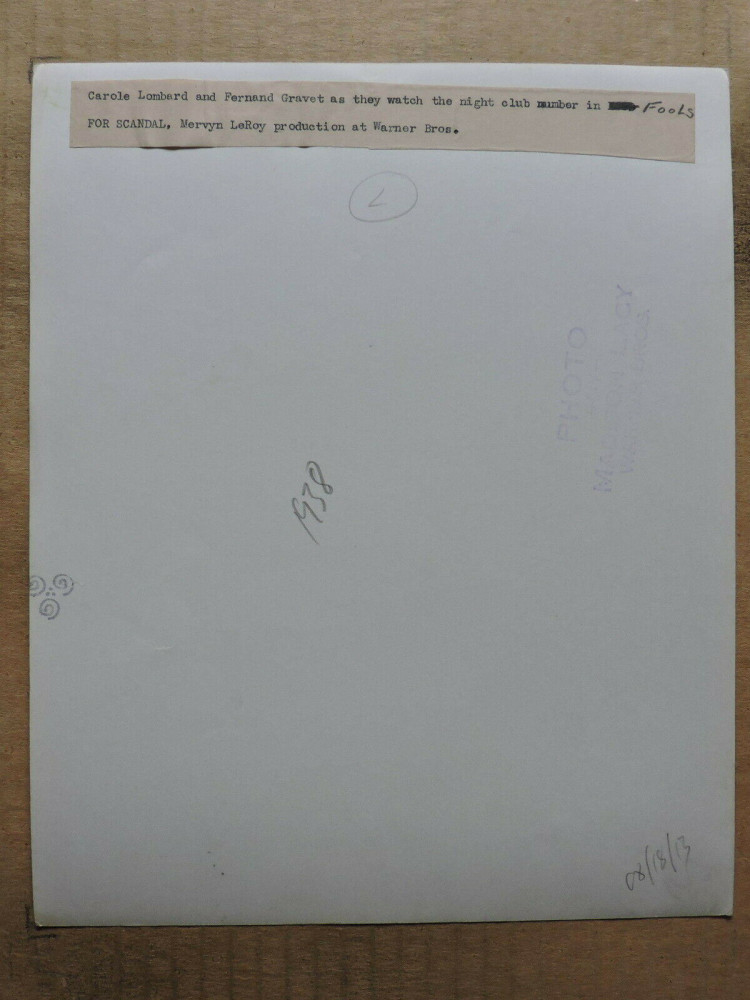 Can't make it out? Here's a larger version: 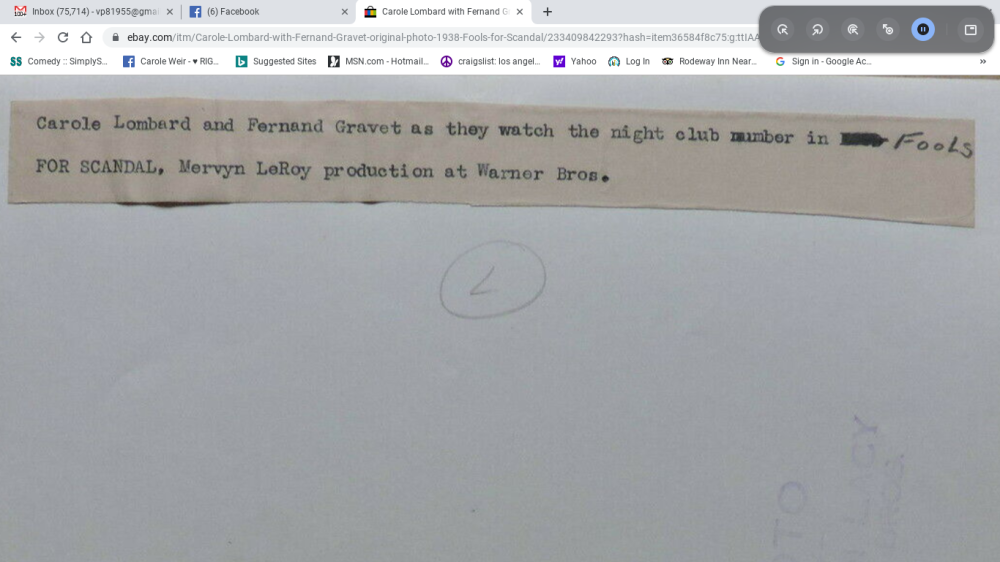 Whether as "Food" or "Fools," Lombard and Gravet simply lacked chemistry, the Rodgers & Hart songs were forgettable and a weak script helped neither the leads nor talented supporting players such as Ralph Bellamy and Marie Wilson. Lombard entered production as arguably the hottest star in the industry; tepid reviews and mediocre box office soon derailed such momentum.

That may be why this original photo, an 8" x 10" from talented Warners photographer Madison Lacy, has an absurdly low opening bid price of $9.99. The auction is slated to end at 9:06 p.m. (Eastern) Wednesday -- Thanksgiving eve. (Some would argue that's appropriate for a cinematic turkey.) The photo itself is listed in very good condition, with minor wear to the surface, so if you'd like to own an original pic from a Lombard film, you might snag this at a decent price.

Get all the information by visiting https://www.ebay.com/itm/Carole-Lombard-with-Fernand-Gravet-original-photo-1938-Fools-for-Scandal/233409842293?hash=item36584f8c75:g:ttIAAOSwv~dd1fEy.
Collapse