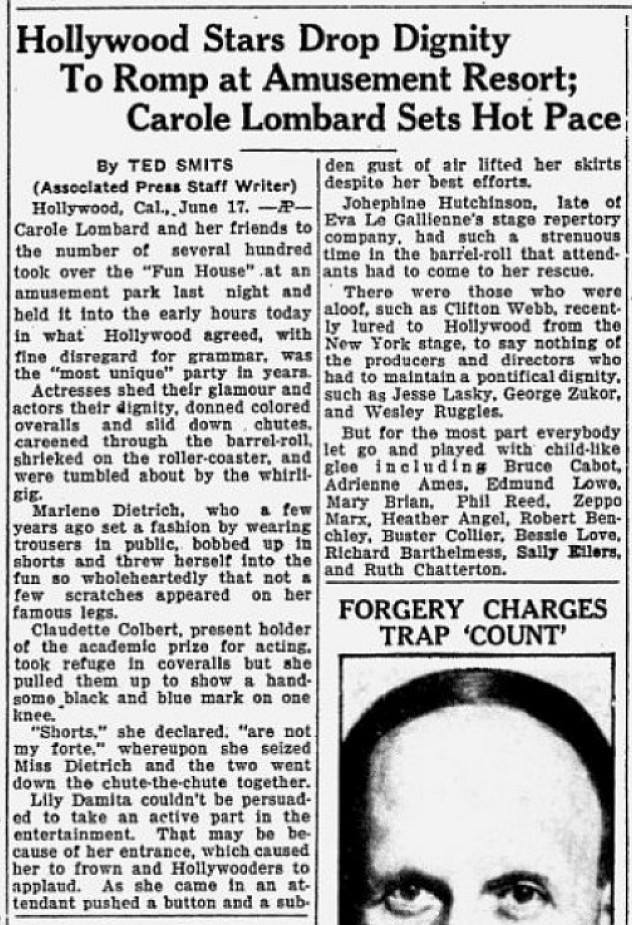 One of Carole Lombard's social highlights was the June 1935 party she threw at the now-defunct Venice Pier amusement park. There, many of her friends -- famous and anonymous -- had plenty of fun. 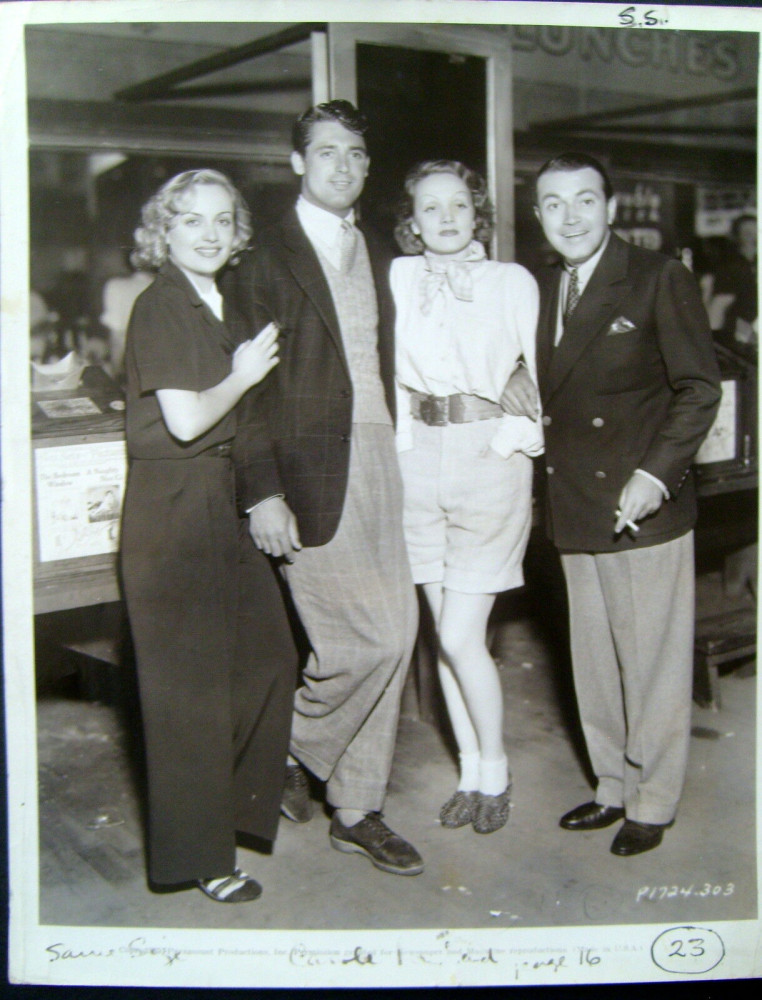 This pic of Carole, Cary Grant, Marlene Dietrich and Richard Barthelmess is often reprinted from the soiree (although too often poor Richard, as big a star in his day as the other three, is cropped from recent prints). But did you know Paramount, Lombard's home studio, released a copy of the above for publication? (Makes sense.) The snipe follows: 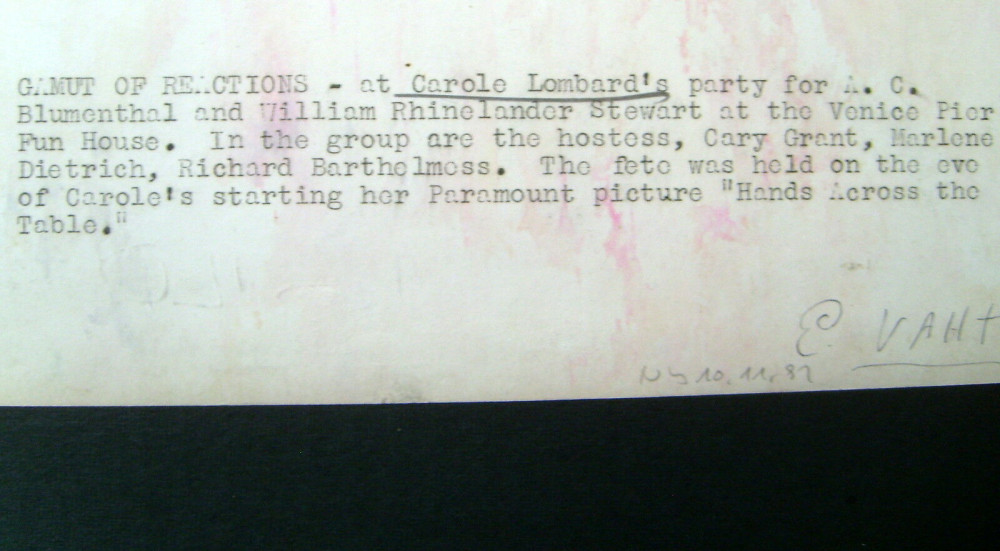 Another photo often seen from the party shows Dietrich, Lombard, Lili Damita and Errol Flynn, whom Damita would marry on June 29: 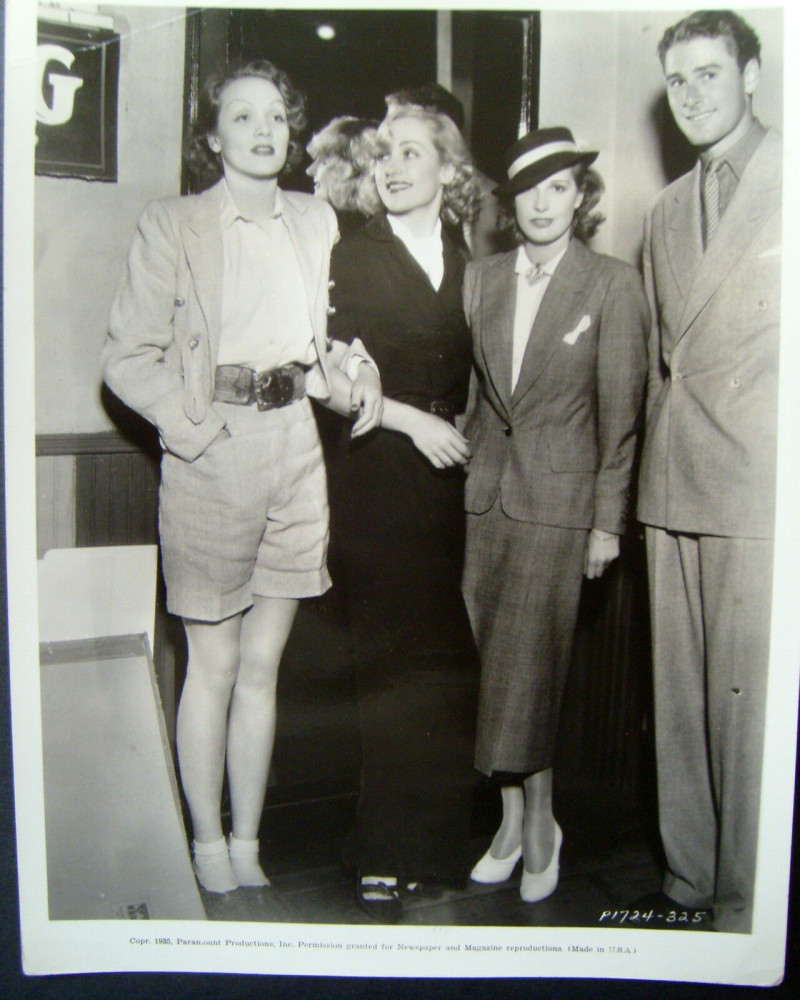 That also has a snipe: 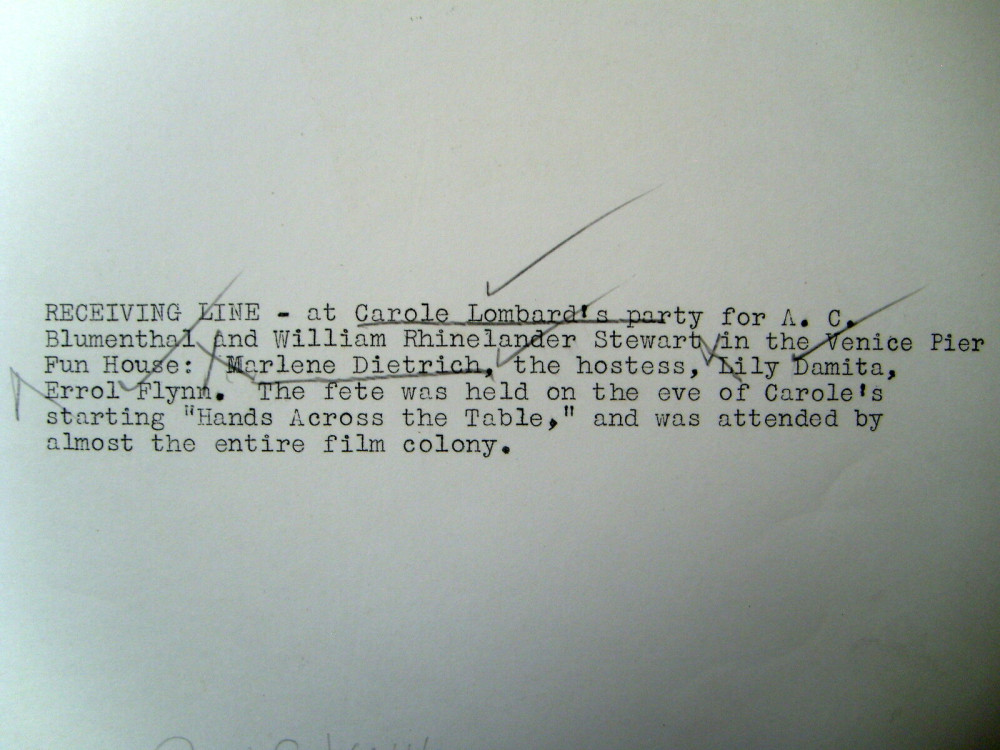 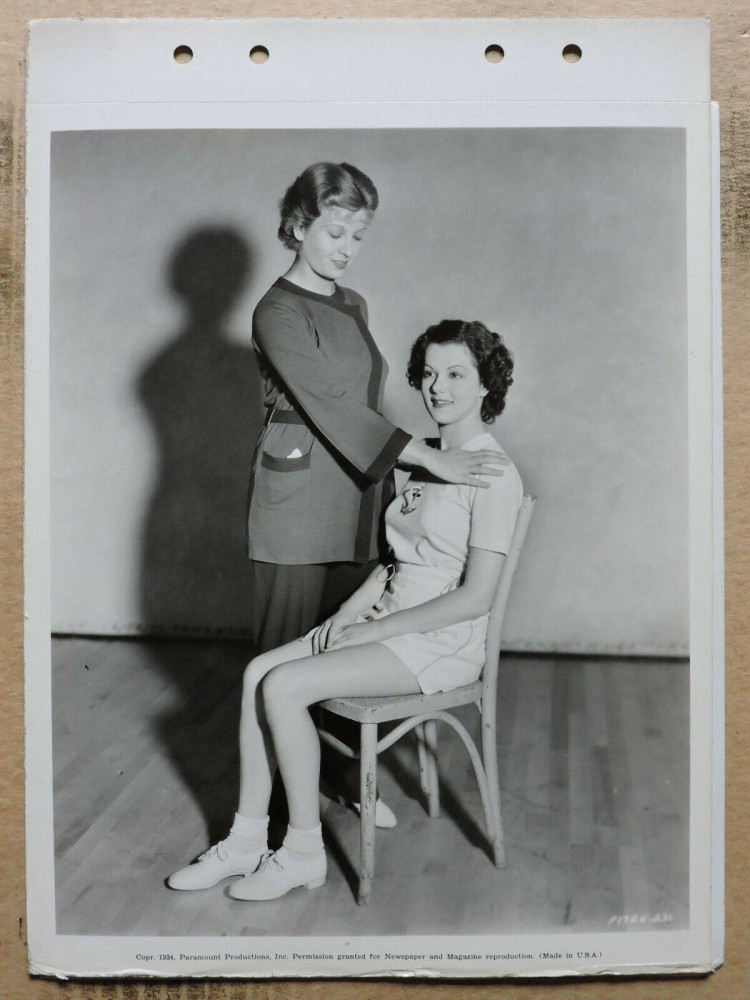 It's a p1724 of an actress named Mary Wallace, who acted from 1933 to 1936, entirely in uncredited roles. She was born in September 1914, and while it's possible she's still with us, more likely she died without publicity. The back of the pic explains what she was up to: 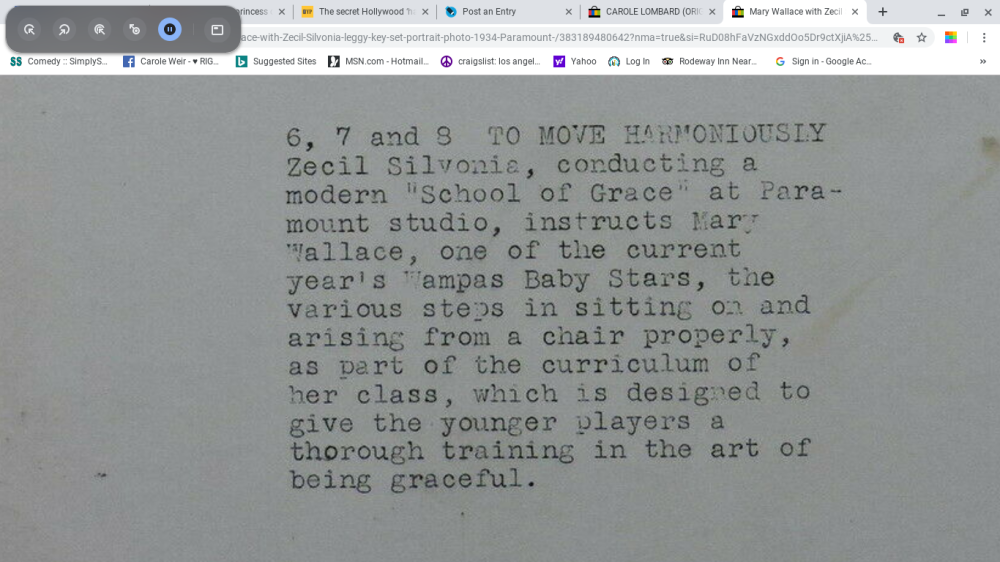 Incidentally, Wallace was not part of the 1934 (and final) class of WAMPAS "baby stars."