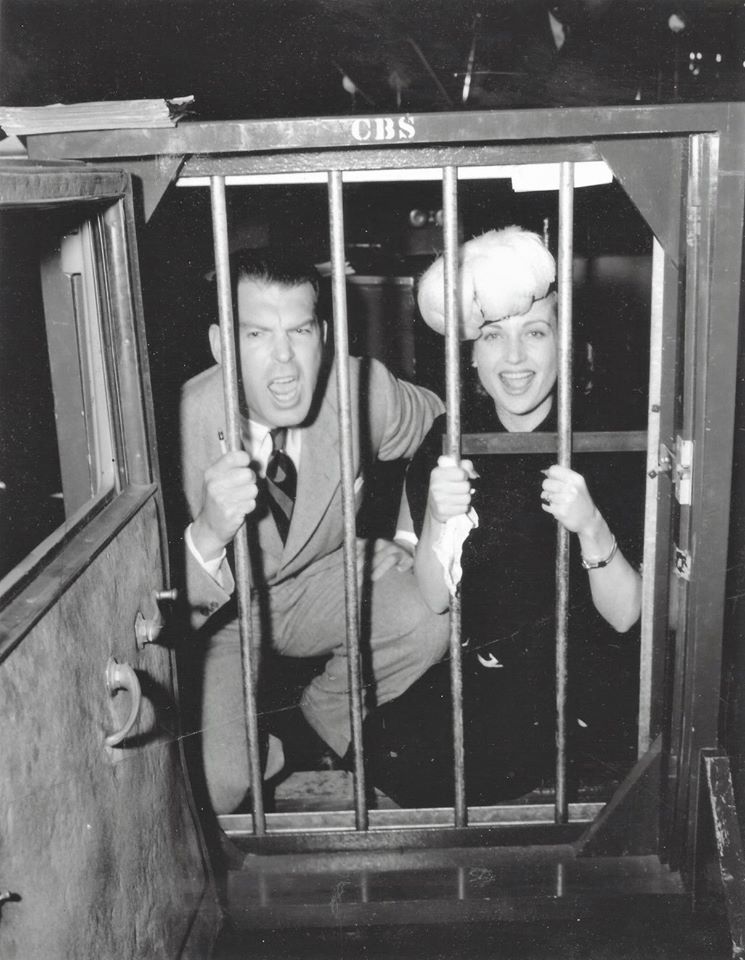 Carole Lombard and Fred MacMurray are "jailed" in this promo pic for their April 13, 1941 performance of "True Confession" for the Gulf Screen Guild Theater. (The "CBS" above the mock bars gives things away.) Some 3 1/2 years earlier, the film -- Lombard's last at Paramount, and her fourth straight there with MacMurray -- hit theaters. This herald helped publicize it: 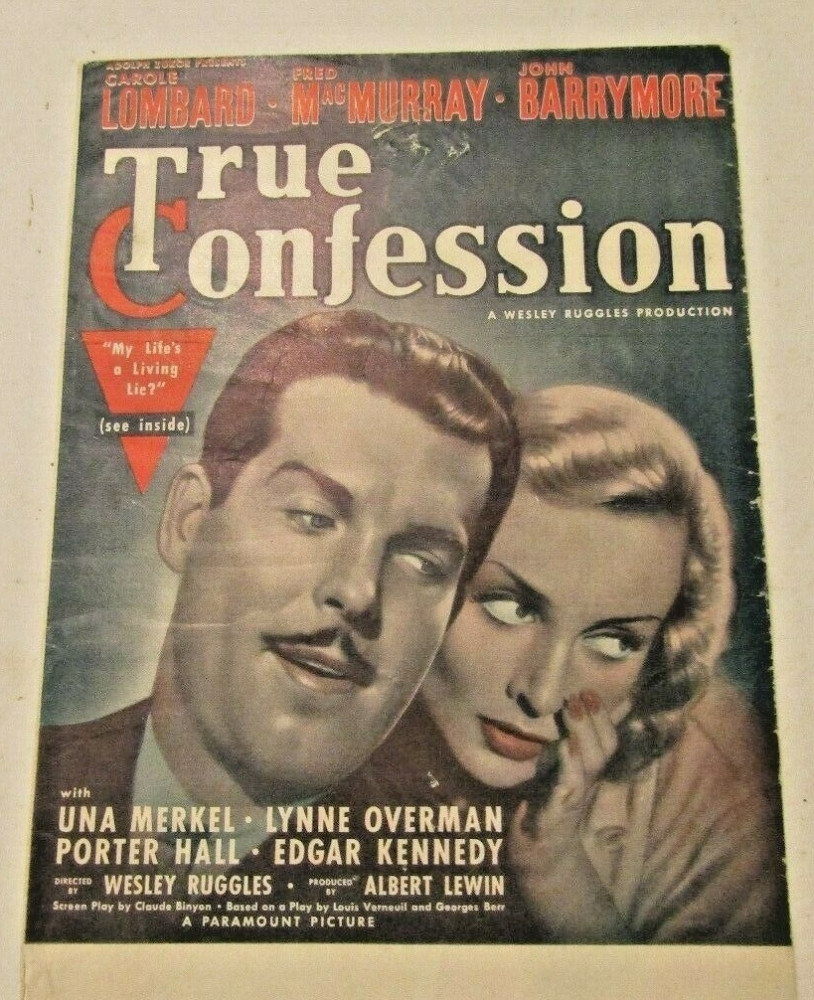 It's four pages, measuring 6" x 9", with the back page blank. The second and third pages: 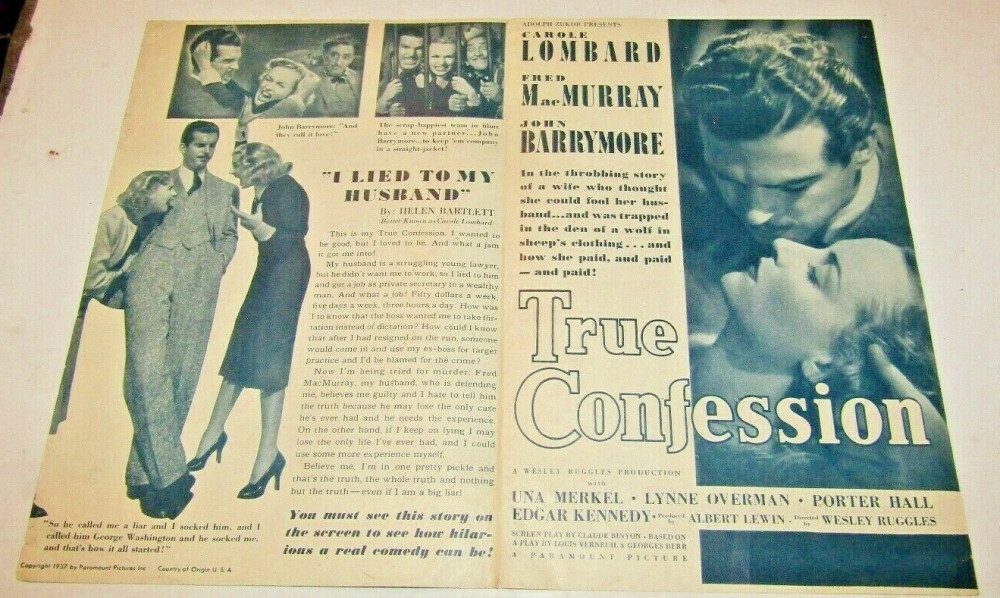 There's some wear and damage you might expect from an item 82 years old, but for the most part it's in pretty good shape.

You can buy it for $39.99 or make an offer. Interested? Visit https://www.ebay.com/itm/CAROLE-LOMBARD-JOHN-BARRYMORE-UNA-MERKEL-TRUE-CONFESSION-PRESSBOOK-HERALD/113970590603?hash=item1a892d338b:g:IWsAAOSwCHhdwgqs.