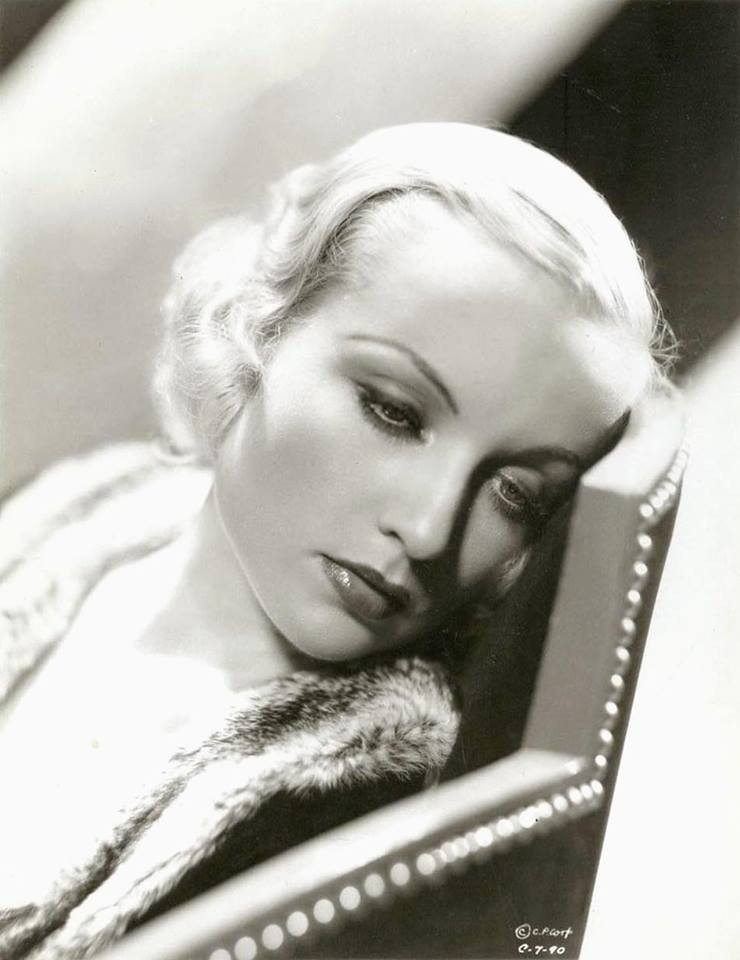 Columbia Pictures was never Carole Lombard's home studio, but Harry Cohn's one-time Poverty Row outfit played a crucial role in her career. Her five movies there included the pivotal early screwball classic "Twentieth Century" as well as "Virtue," arguably her best pure pre-Code. (The promotional still above is for another good Columbia vehicle of hers, 1932's "No More Orchids.") You can make a good argument that film for film, Cohn's studio gave her better treatment than Paramount did.

Now, a Lombard publicity pic from Columbia has come out of nowhere -- one I've never seen in my many years of Carole collecting. Even the person posting this on eBay knows nothing about it. 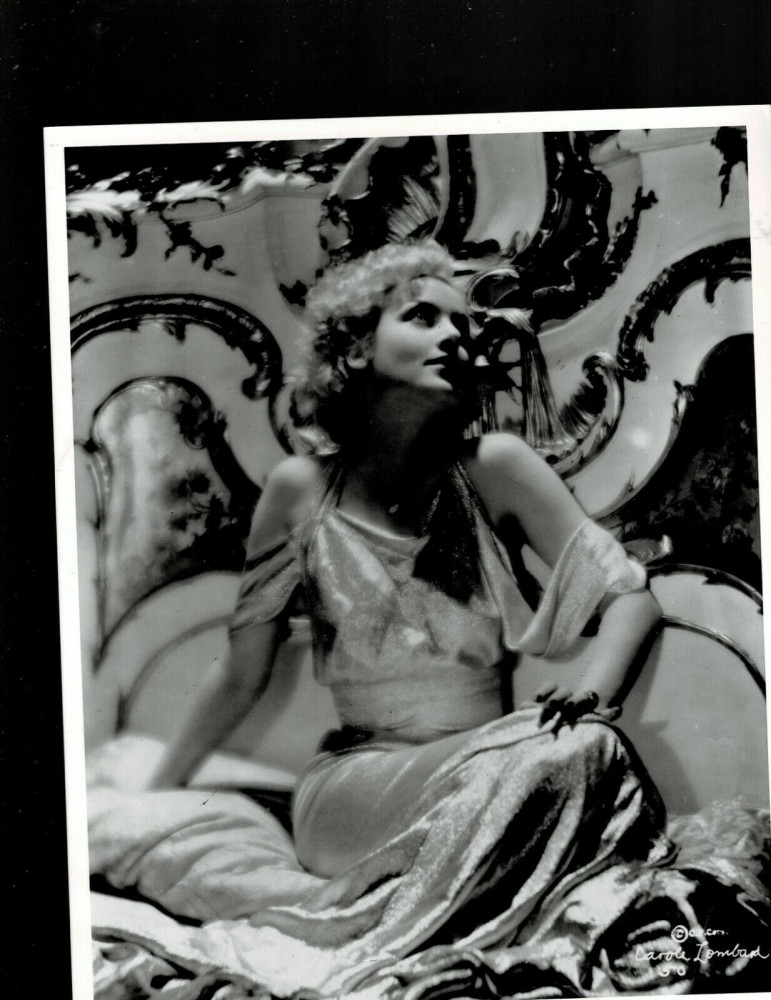 That's definitely Lombard, and the inscription at bottom (similar to what's seen on the pic at the top of this entry) prove its Columbia ties. Beyond that, we have no context. What film is this promoting? One of the three mentioned above? "Brief Moment"? "Lady By Choice"? The photo certainly has its allure, but aside from that, we're drawing blanks. Here's a version I cropped and enlarged a bit: 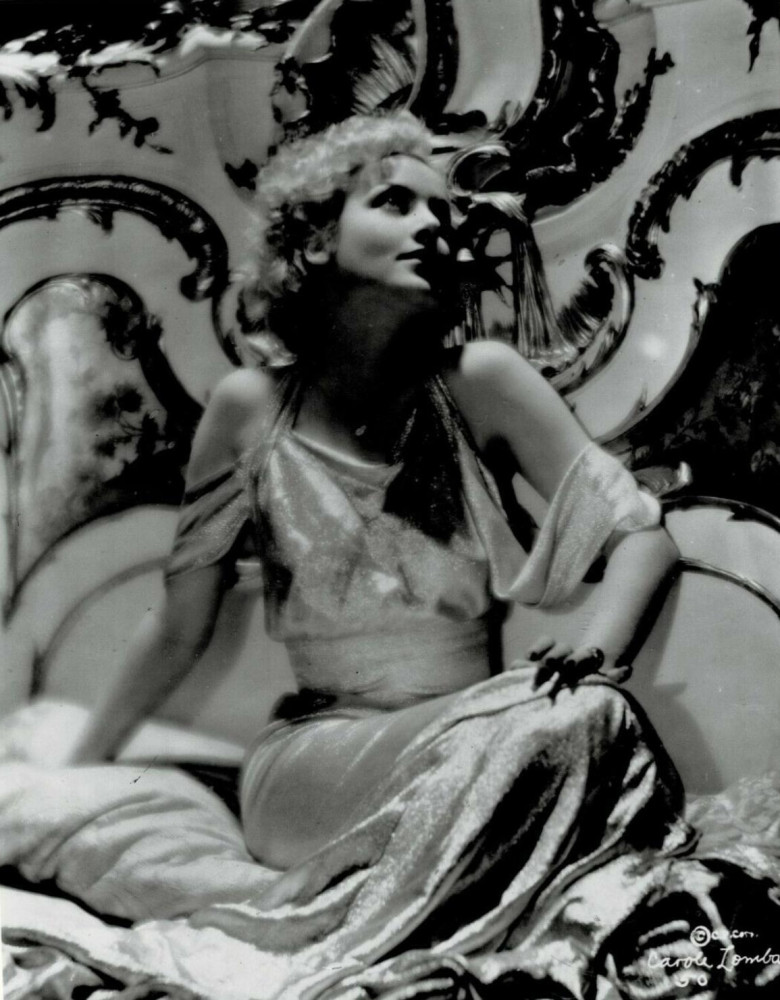 Perhaps someone specializing in Columbia film still coding, similar to Paramount's "p" player numbers, can fill me in on when this may have been taken. And yes, there are people out there who know such stuff.

For now, all we can say is, hail Columbia and hail Carole! 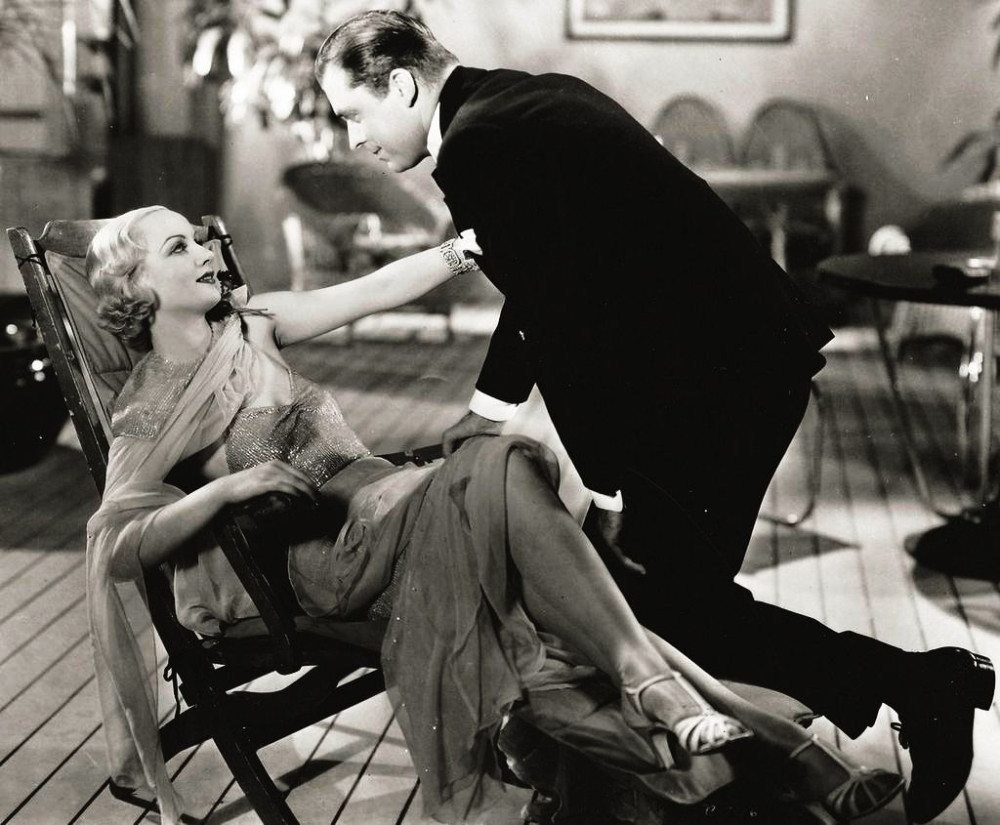