Carole Lombard's time at Fox Pictures normally is defined like this: 16-year-old actress signs with Fox, appears in a few 1925 films (mostly westerns), is dropped by the studio about the same time as her automobile accident, then returns for a one-shot in the 1930 oater "The Arizona Kid" (with Warner Baxter, above).

As it turns out that's not the entire story. Here's proof: 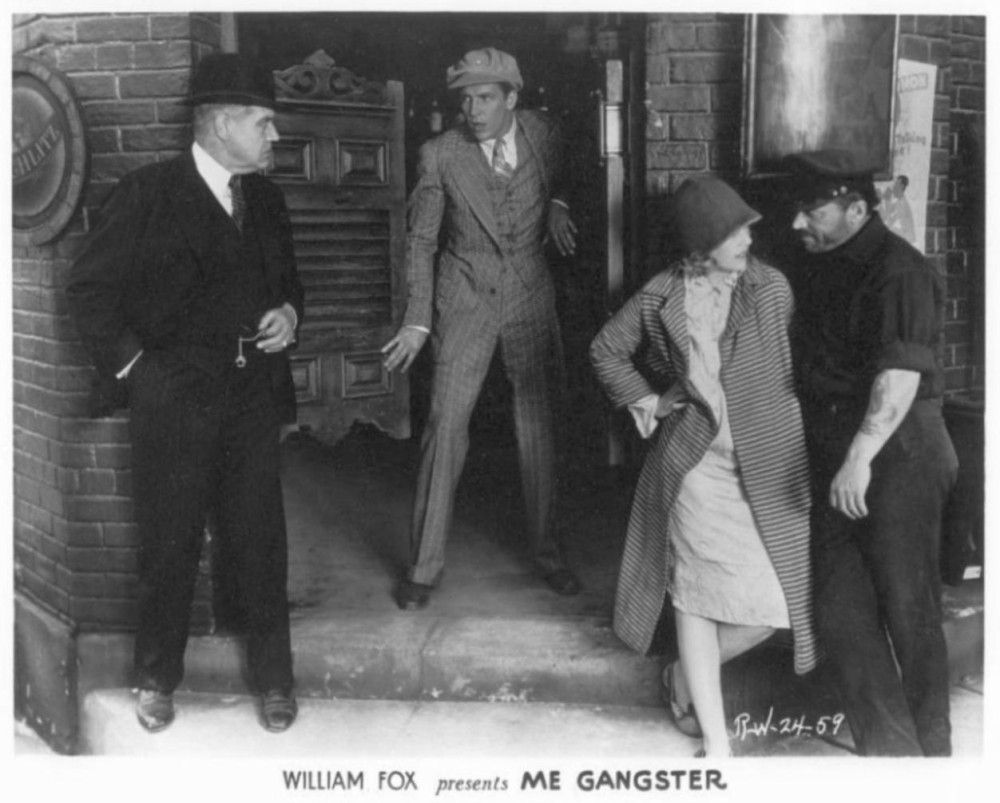 It's a pic of her from "Me -- Gangster" (1928), where she had a bit part. Like Lombard's earlier silents at Fox, it's lost, probably destroyed in the 1937 New Jersey film warehouse blaze.

I'm uncertain how Carole was hired, or if her prior Fox connections had anything to do with it. By early '28, Lombard had settled in at Mack Sennett, who didn't mind if one of his actors found work in a non-comedy elsewhere.

This film had a good pedigree, though. 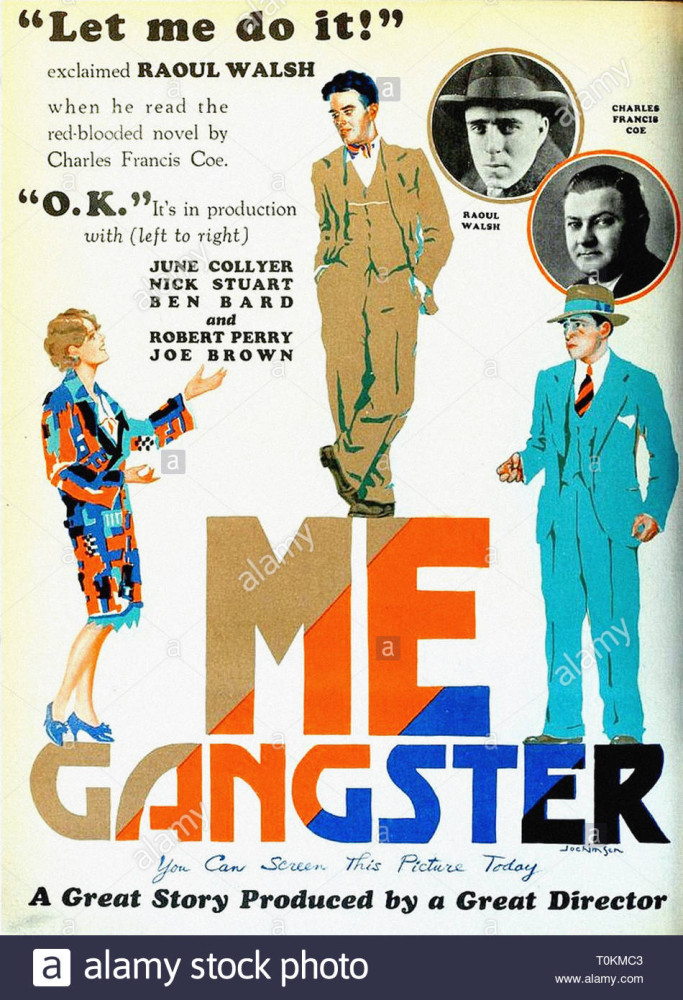 Its director was Raoul Walsh, whose path would intersect with Lombard's more than a decade later when the now-wealthy actress bought his Encino ranch for her to live with husband-to-be Clark Gable. And it derived from a popular book of the day by Charles Francis Coe, soon transformed into a novel/movie tie-in with a copy now available at eBay: 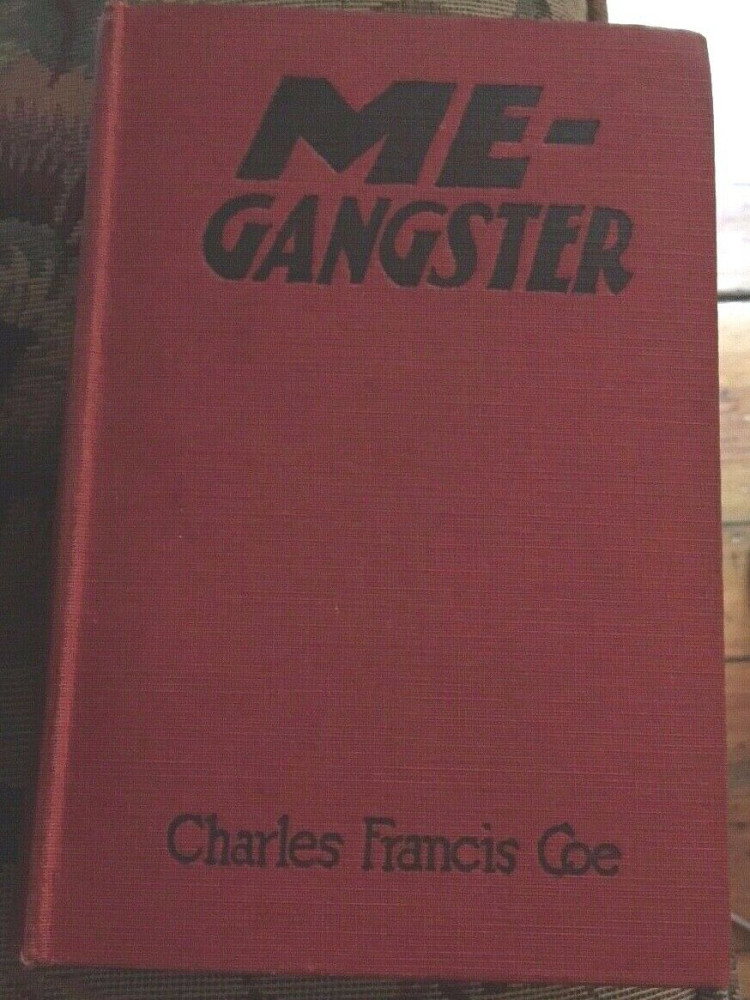 This was called a "photoplay edition" (not to be confused with the fanmag of the same name) by Grosset & Dunlap, a U.S. publishing house founded in 1898. (Are you a fan of the new "Nancy Drew" series on the CW? That character, along with the Hardy Boys, was in a series of Grosset & Dunlap young-adult novels.) The publisher also specialized in photoplay books. 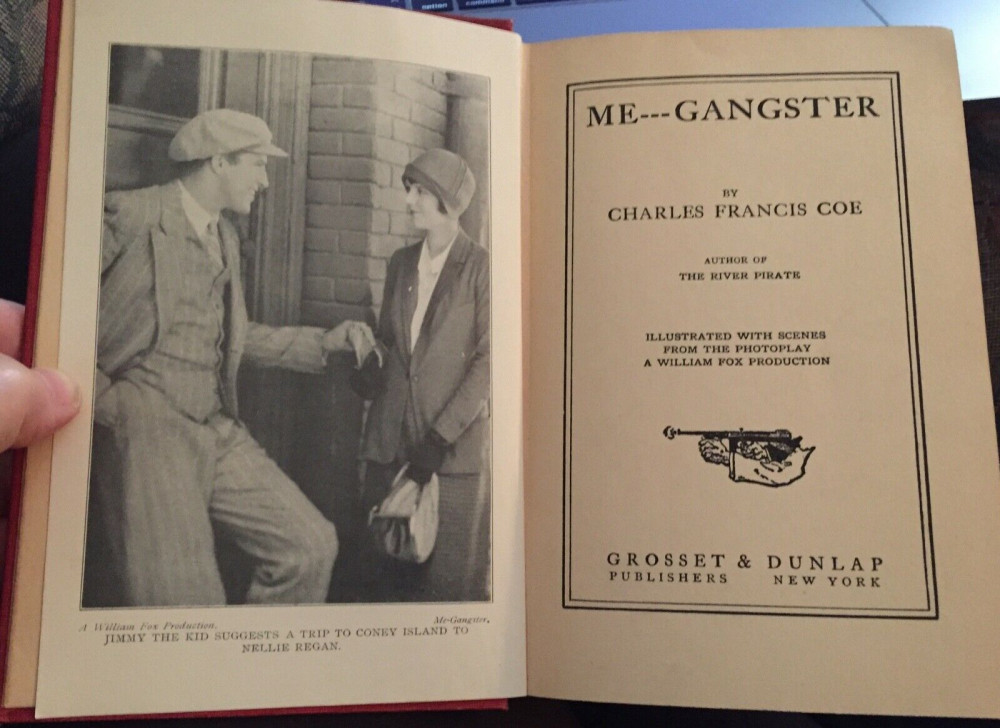 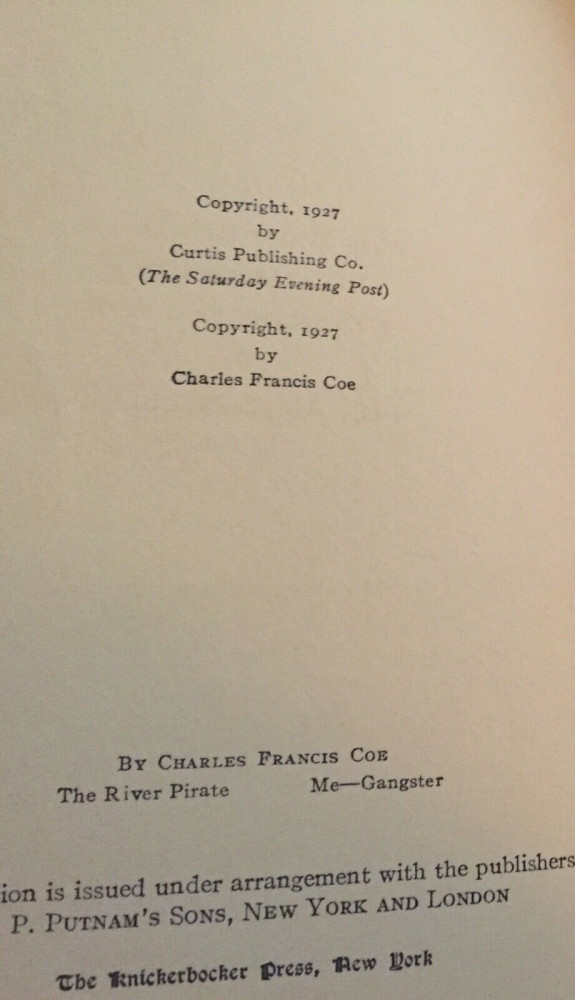 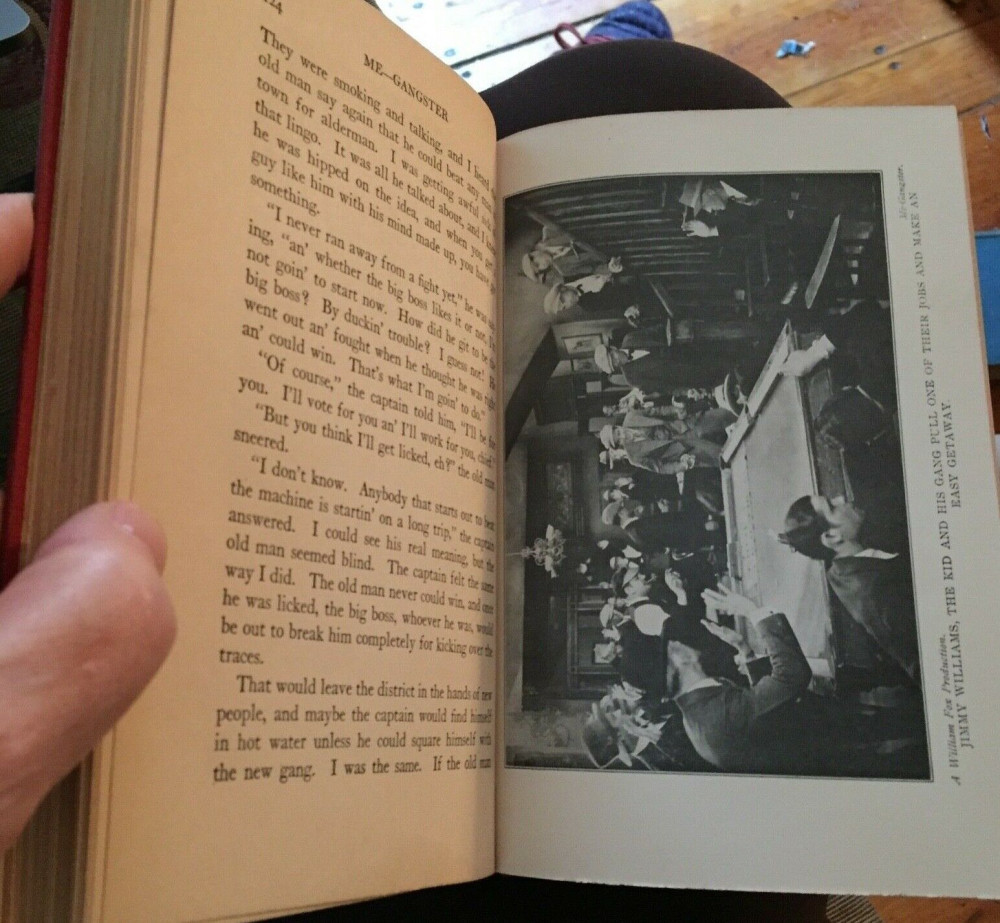 The book has eight plates from the film, though I'm unsure if any feature Lombard. This edition's binding is secure

Bidding on the book begins at $14.95, with the auction set to close at 4:52 p.m. (Eastern) a week from Monday. If film/book tie-ins are your cup of cinematic tea, this may be right up your alley.

To bid or find out more, visit https://www.ebay.com/itm/Me-Gangster-1927-G-D-Photoplay-Book-Charles-Francis-Coe-Ill-Carole-Lombard/193199774553?hash=item2cfb9a9b59:g:68UAAOSwaENdtw7g. And if you land it, you'll be one step ahead of the rest of us in discovering the story of a Lombard film which, barring a miracle discovery, none of us will likely ever see.
Collapse