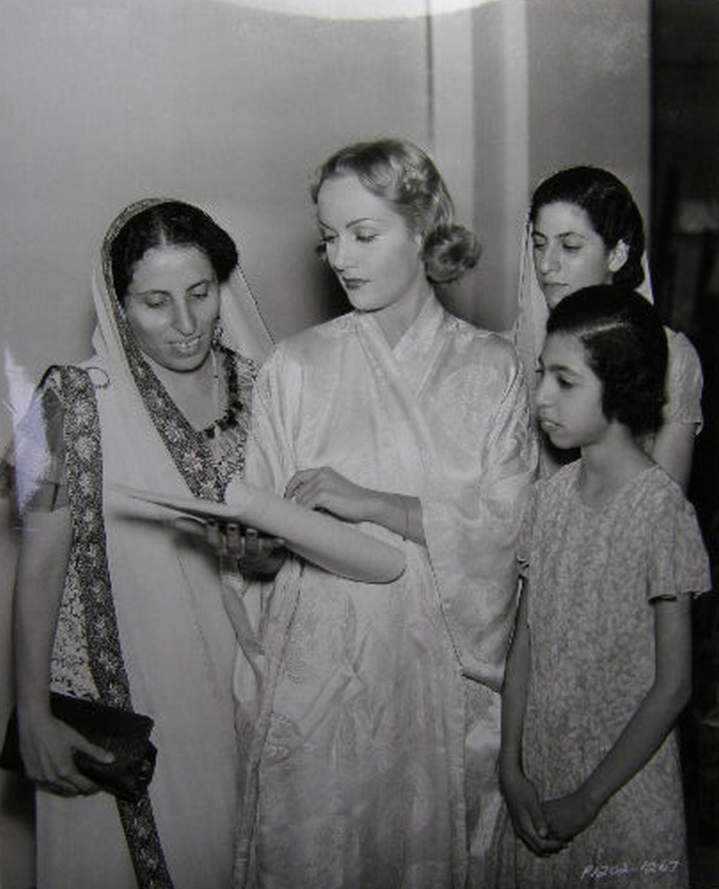 Carole Lombard made an ideal ambassador for Hollywood when people from other cultures visited the film capital, as was the case here when some women from India dropped by the Paramount studio in the mid-1930s. Later in the decade, now at Selznick International, she did likewise with a young South Asian star the studio had just signed, Sabu: 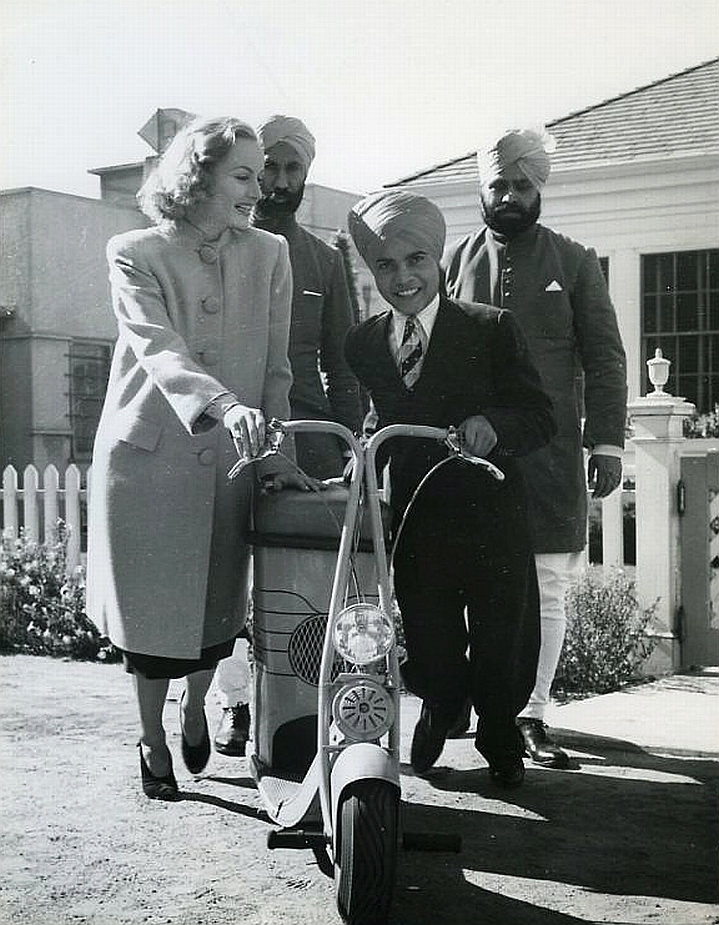 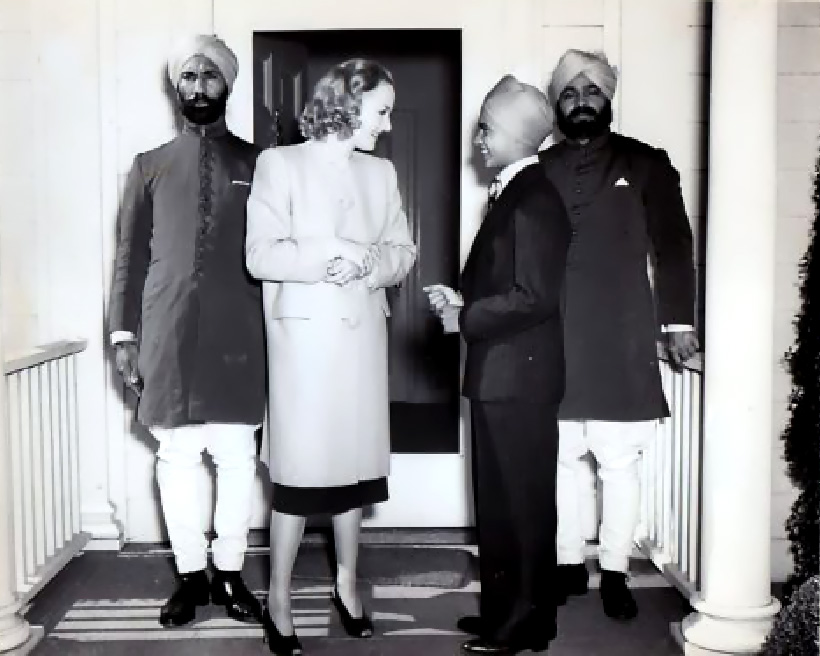 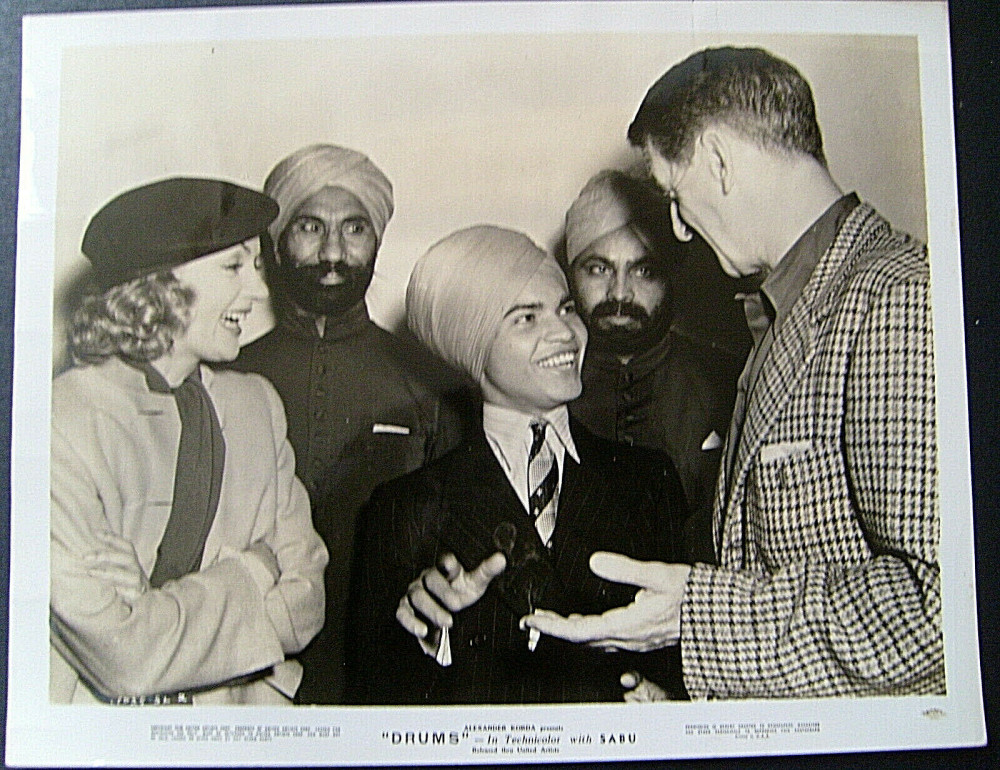 We've run those three photos before, but the bottom pic now has a snipe in the back, albeit not in English: 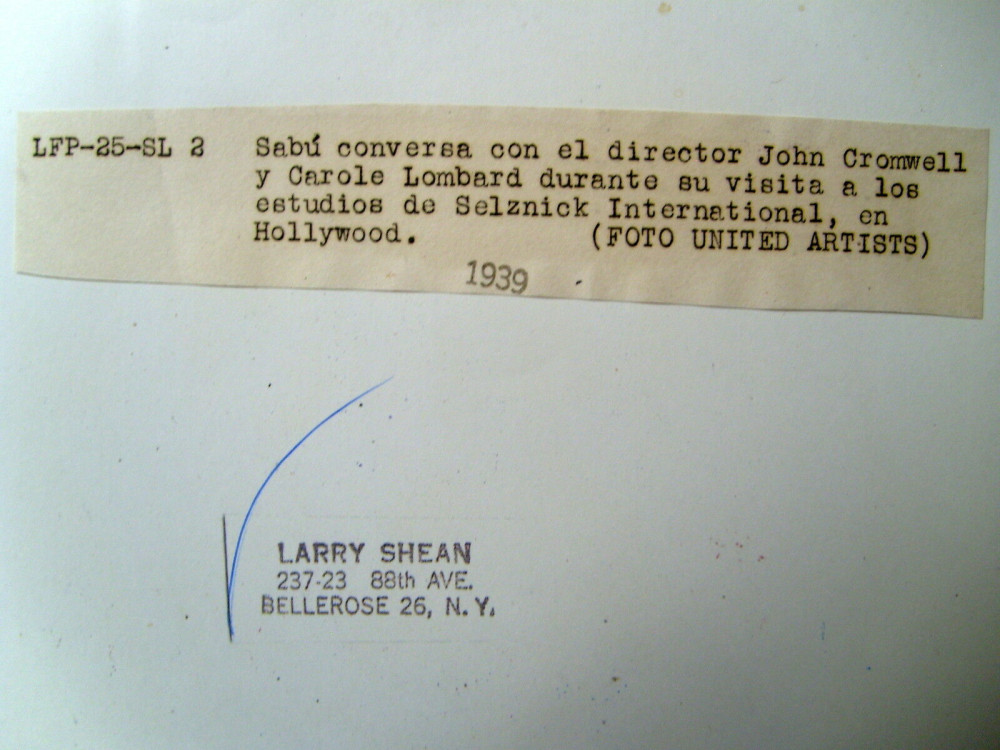 This looks to have been taken in the fall of 1938, when John Cromwell was directing Carole and James Stewart in "Made For Each Other" at Selznick. (Sabu's 1938 film "Drums" wasn't released in North America until 1939.) The imprint on the back, minus a zip code, indicates Larry Shean acquired this in the early 1960s at the latest.

The photo's condition or size isn't listed, but the seller is asking $225 for it, although you also can make an offer. Learn more by visiting https://www.ebay.com/itm/CAROLE-LOMBARD-ORIG-1930-S-VINTAGE-CANDID-PHOTO-THIS-IS-PHOTO-5/383248098802?hash=item593b5de5f2:g:eXQAAOSw2WhdvvA5.
Collapse