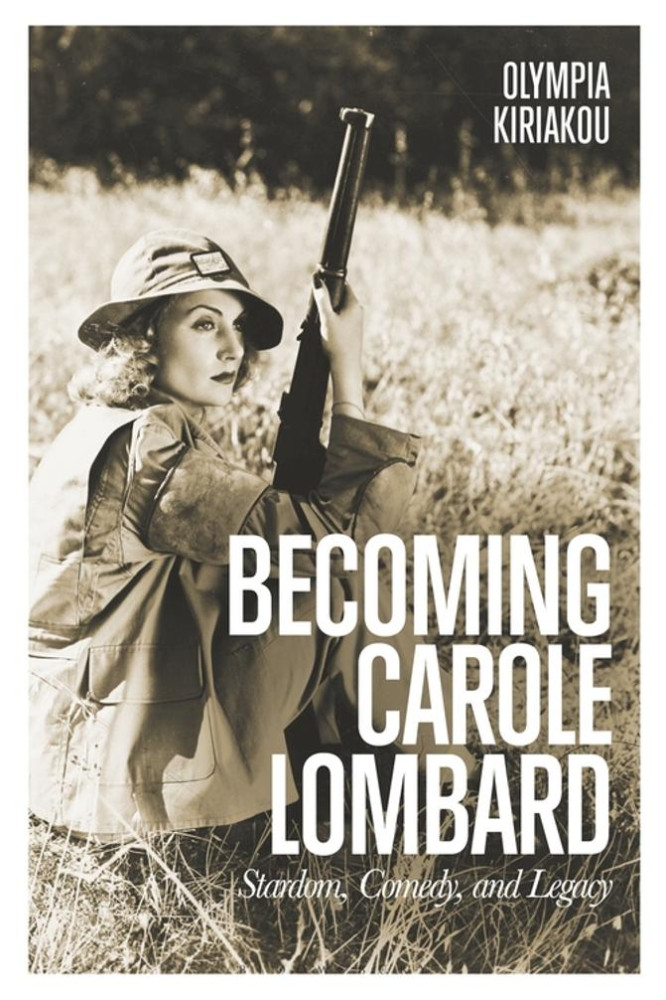 Her recent response via Messenger was not the first time she had contacted me. On June 13, 2016 -- the ninth anniversary of the founding of Carole & Co. -- she had sent me this:

Hi Vincent, my name's Olympia and I'm in the final stages of editing my dissertation on Carole Lombard. My research focuses on her performative diversity beyond screwball comedy, which unfortunately seems to be severely understudied in film scholarship and by academics (as is Lombard more generally). I've gone to great lengths to focus on her silent films, her early sound films and her star persona in her early years at Paramount, as well as her brief foray into melodrama in her later career and her proto-feminist politics.

She's a fascinating and complex star, and seemed like a compassionate and down-to-earth human being. The goal of my dissertation is to bring more attention to Lombard in film studies. Throughout my education, I've yet to encounter even one reference to Lombard in any of my film courses which is a shame, and I hope that when my dissertation is published it can be used as a resource in courses that deal with American film history, classical Hollywood and stardom so that more young people can discover Lombard.

I've been reading Carole & Co. for several years and am constantly impressed and inspired by the posts on your site. One thing has eluded me in my research: the specifics of her automobile accident. I'm generally clear about the details of the crash and the subsequent series of events, but no source I've consulted seems to be set on a date. I've seen 1925, 1926 and as late as 1929 which is obviously incorrect. I've gone by 1926 in my chapter, but was wondering if you have any further information or could point me in the direction about a more precise date?

All the best,
Olympia

Why didn't I respond at the time? Despite the site's ninth birthday, June 2016 was not a happy month for me. I had lost my apartment at the start of the year, spent three weeks in Florida with my brother, then returned to Los Angeles to effectively start all over again. With next to no material goods in my possession (my nephew had stored many of my items, but I've been unable to track him down since early 2016), I rotated from shelter to shelter around Skid Row and south LA. Things are slightly better now -- I'm on Social Security benefits, and have been in group or transitional housing since mid-2017 -- but still can't find work. While I noted Carole & Co.'s anniversary on the 13th, the nearly-daily flow of entries had dwindled to three for that entire month.

Had I known about it at the time, I surely would've responded. I've long believed Lombard's feminist approach to life and her career beyond screwball stardom indeed has been woefully ignored by academia compared to, say, Katharine Hepburn. (Carole's relatively brief life and lack of an elite education compared to Bryn Mawr alumna Hepburn no doubt were among the reasons.) Getting Lombard more attention from film studies is a worthy goal.

So Olympia, my apologies, and specifics about the where and when of Carole's automobile accident remain a mystery. Had it never happened, Lombard may have achieved more success in silents, but would she have had the impetus to learn the skills that paid off in 1930s stardom? Maybe, but relying upon her looks -- something denied her as a result of the accident -- might've worked against her in the long run, and her transition to talking pictures could have been far tougher. Here's how she looked at Fox before the crash, which caused significant facial injury: 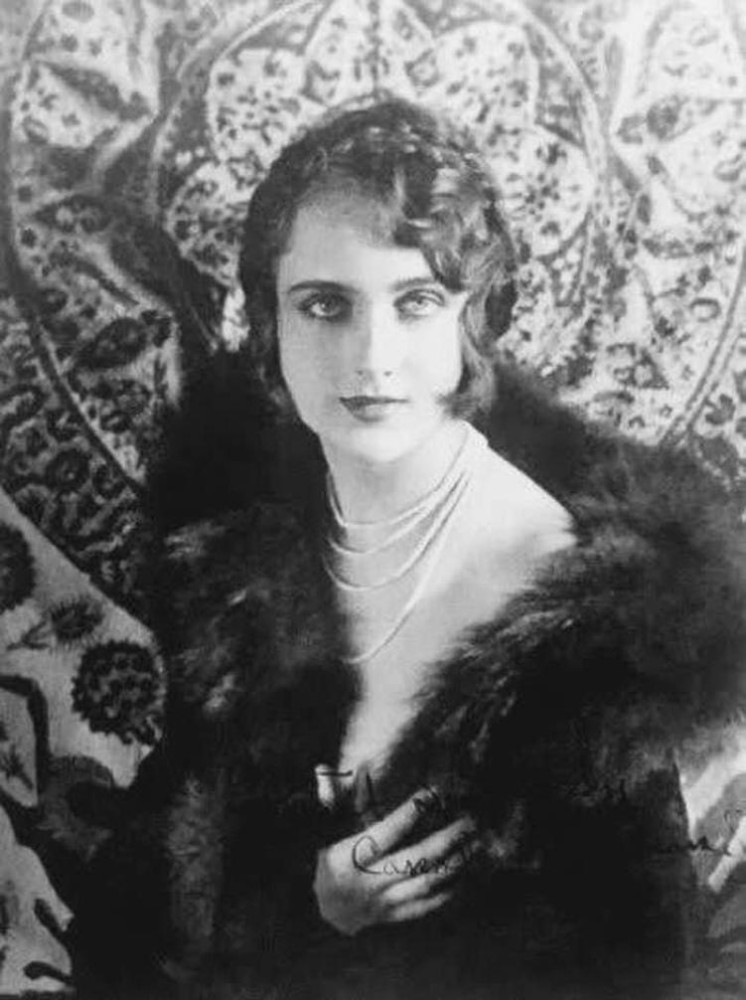 Hi Vincent,
My colleague who runs the FAU SCMS twitter account told me that you wanted to get in touch with me about my forthcoming book. My social media presence is at a minimum so apologies if it’s taken a while to get back to you! I’ve been a longtime fan of Carole & Co. so it’s nice to finally connect with you. The project began as my PhD dissertation, and I later developed it further into a book length manuscript. It’s more academic than popular biography, but I’ve tried to keep the writing style as accessible as possible for readers who aren’t in the field.

It's a thrill to learn I have fans in academia, and look forward to see this dissertation-turned-manuscript. Its list price is $120, not unusual for academic books. I later learned from her that Carole & Co. is cited as a source, repeating the honor it received in Michelle Morgan's more popular-oriented volume "Carole Lombard: Twentieth-Century Star."

I hope "Becoming Carole Lombard" finds its way to many university and research libraries, including the Academy of Motion Pictures' Margaret Herrick Library in Beverly Hills (below) -- and also hope to soon arrange a chat with the author to learn more about this title. 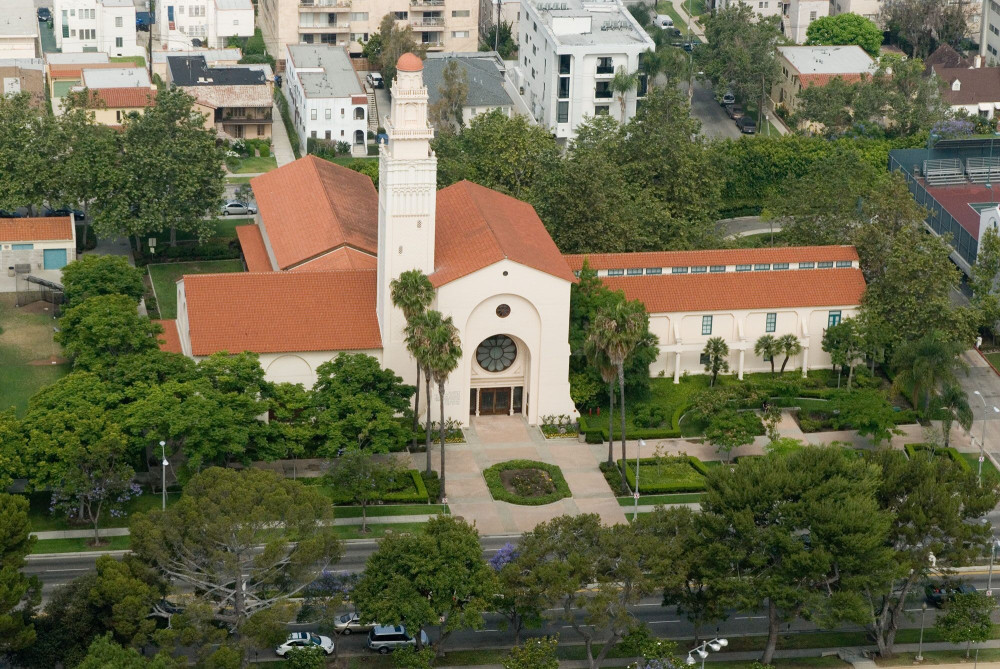