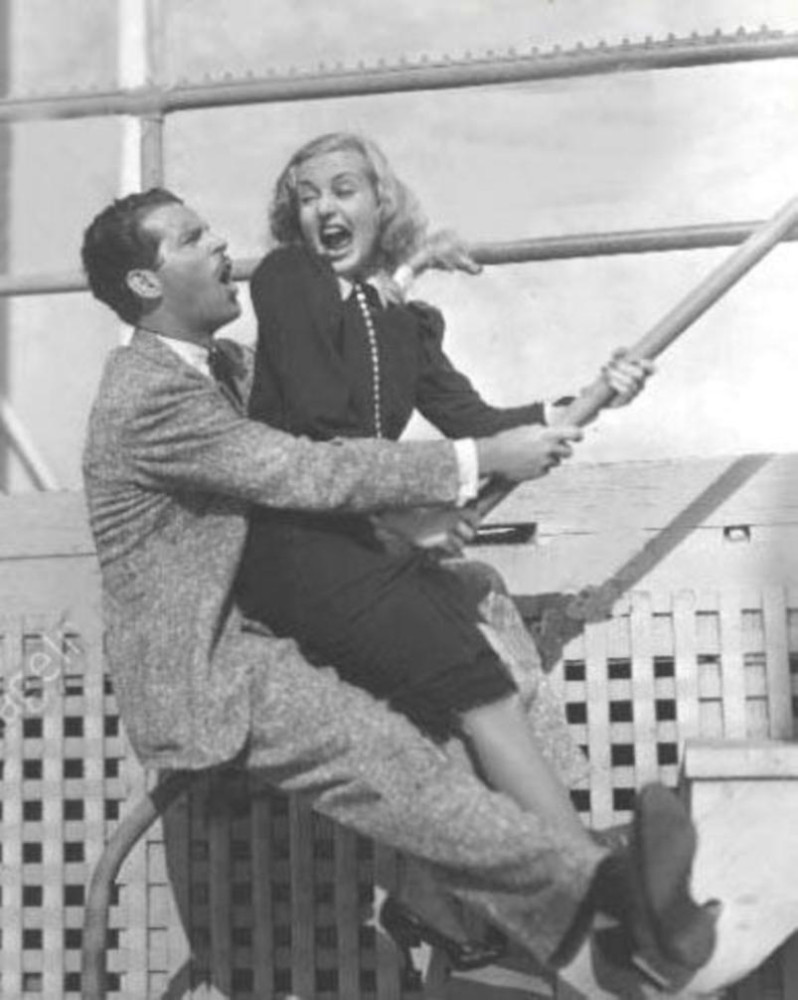 Carole Lombard and Fred MacMurray had effective screen chemistry; in fact, from mid-1935 on, she would have no other leading man at Paramount (four films together). So it might be understood why the studio thought of them as a sort of team, possibly along the lines of what Lombard's ex, William Powell, was achieving alongside Myrna Loy over at MGM in Culver City.

But Carole -- who personally liked MacMurray -- apparently had different ideas. This picture, Paramount p1202-1397 from fall 1936, may explain things: 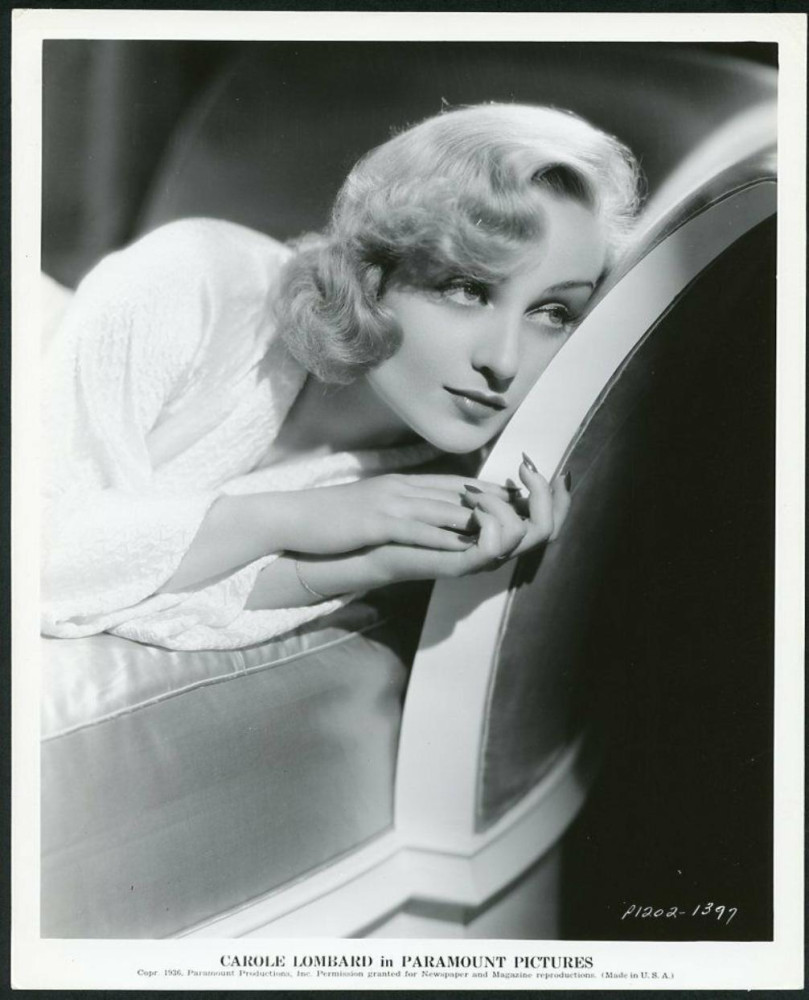 OK, not the pic, but the snipe on the back, shown here and in enlarged form: 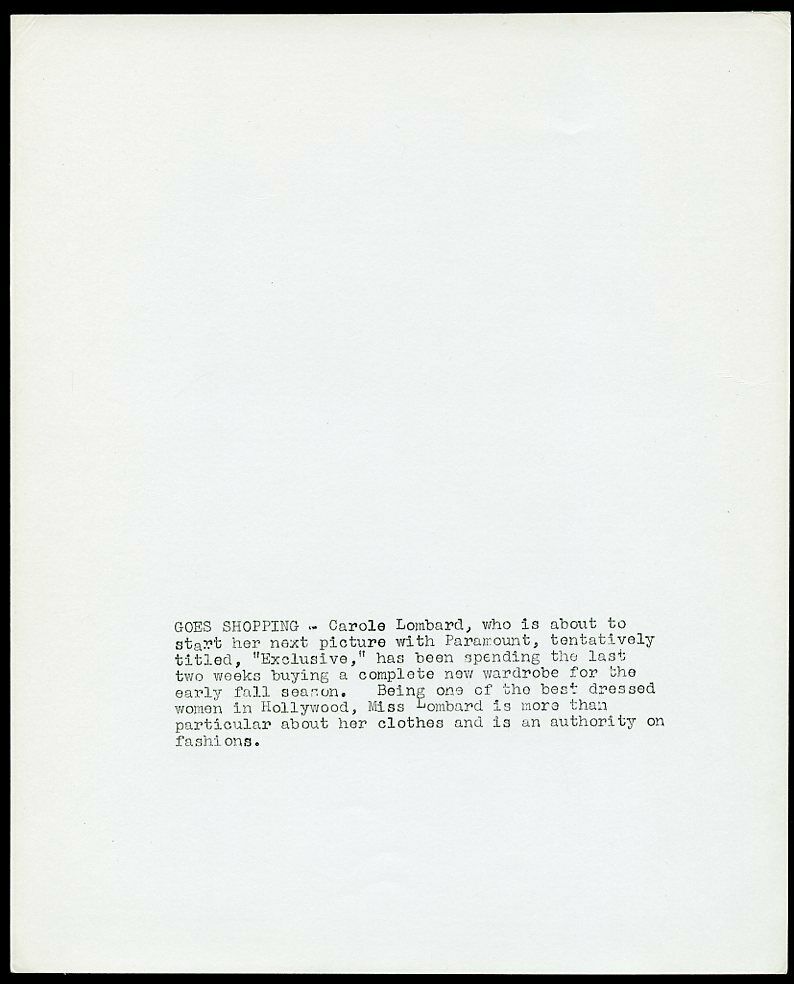 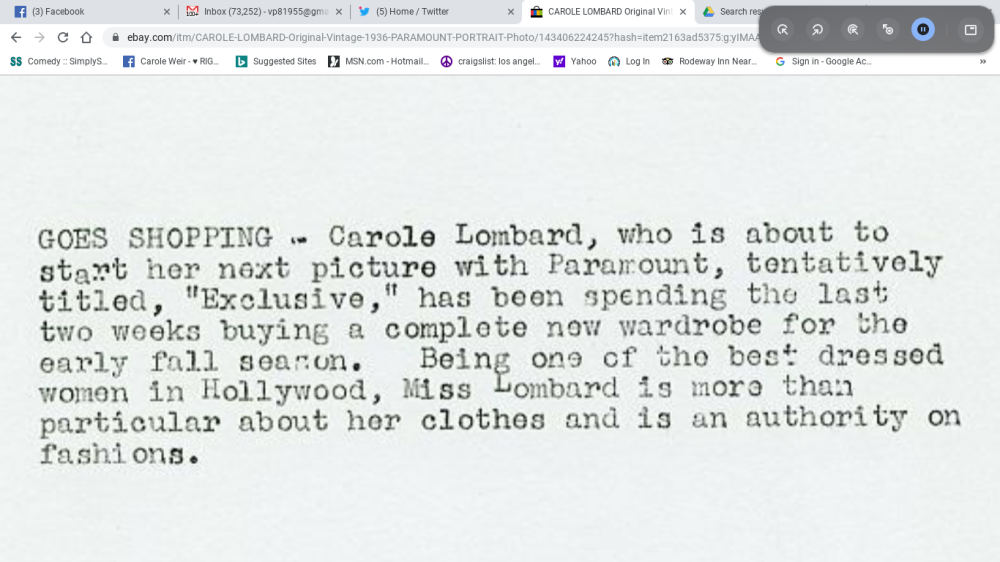 We're not referring to her wardrobe, but to this property titled "Exclusive." Lombard never made a film by that name...but MacMurray did: 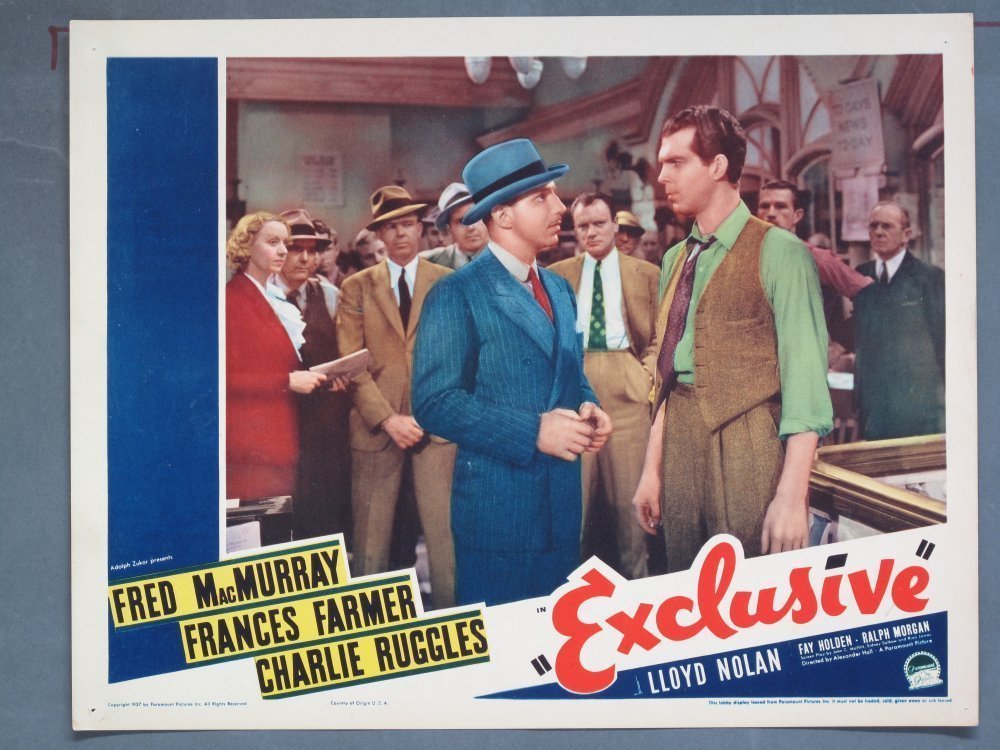 It turns out Lombard declined to make the movie, and a young actress from the University of Washington named Frances Farmer took her role (her only teaming with MacMurray). It's a relatively little-seen newspaper thriller released in August 1937, apparently with some comedic elements but not in the vein of "Libeled Lady," "Love Is News" or that ilk.

Paramount p1202-1397 is an 8" x 10" vintage original from the noted George Smoots collection. It's a glossy single-weight in excellent condition, and is up for auction at eBay.