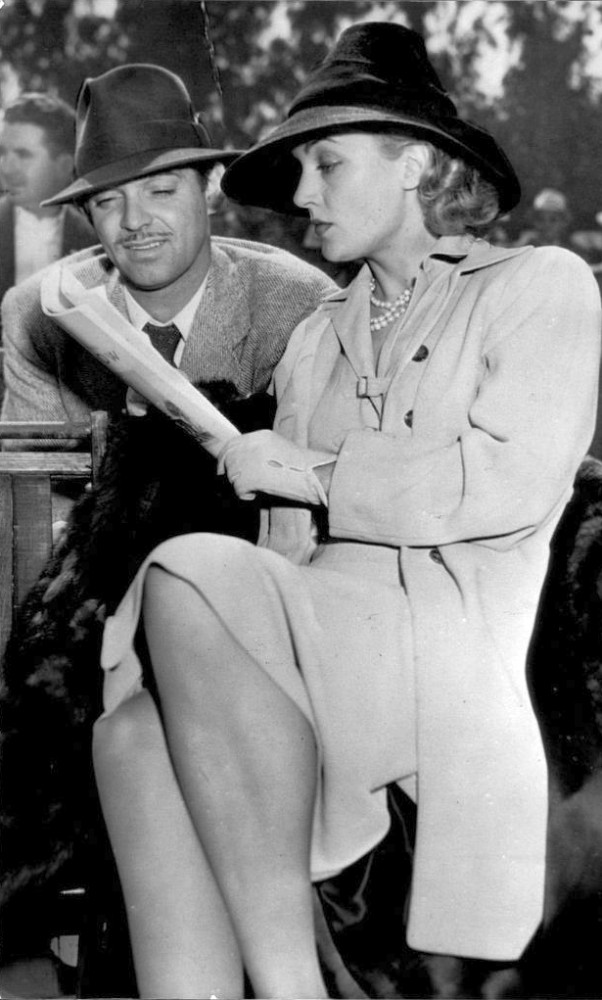 Did horses help bring Carole Lombard and Clark Gable together? Maybe so. Each had fondness for the equines, both on the ranch and at the track. 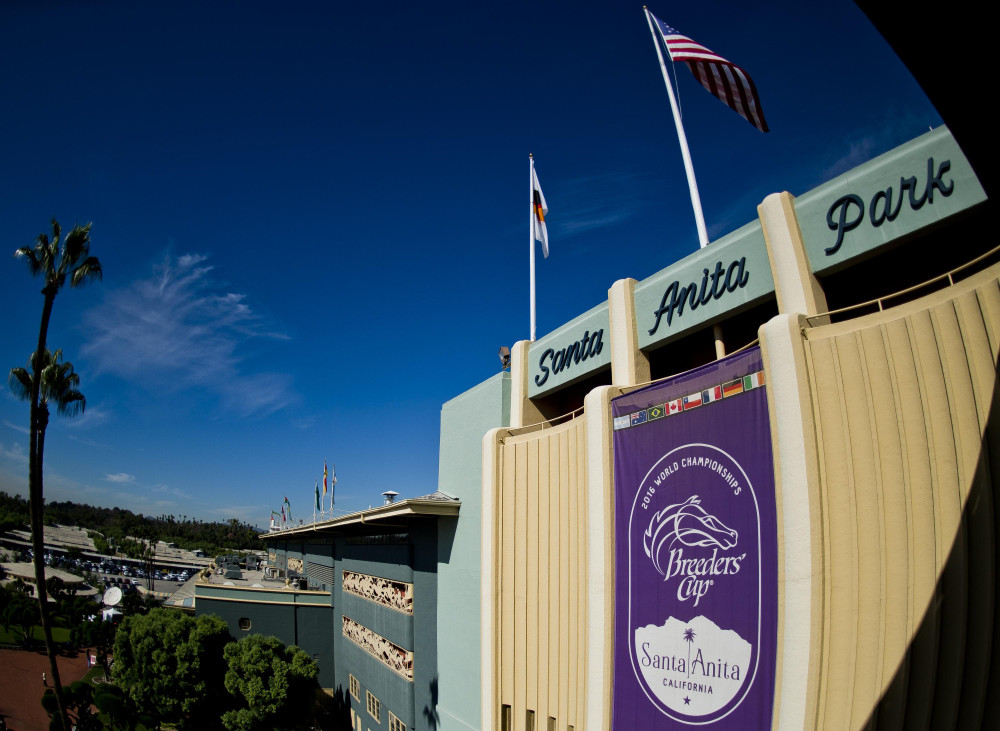 We're a few days away from the Breeders Cup at Santa Anita, the legendary and iconic venue in Arcadia that's been immersed in controversy over the past year after several dozen horses have had to be euthanized after either competing or training on the track. Consequently, some groups have called for the end of thoroughbred racing. No doubt you'll hear more about this topic as the week progresses.

The Daily Racing Form is the bible for bettors, as it provides sundry information about the horses and jockeys slated for each race. In 1938, it ran a pair of pictures with Gable and Lombard ties. 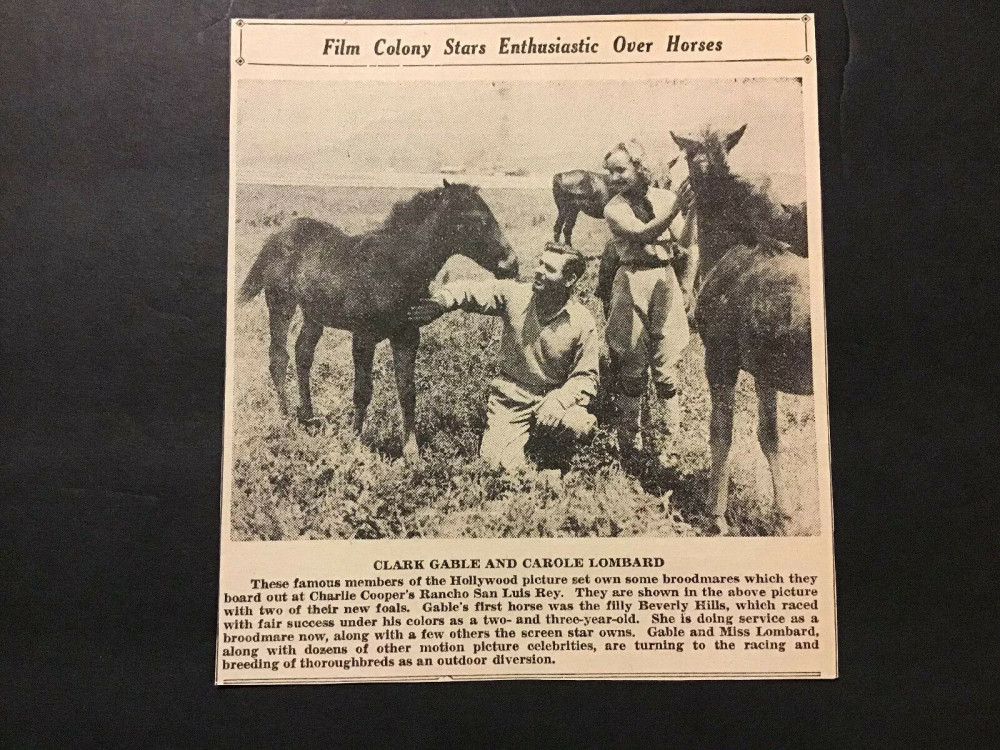 It shows Clark and Carole with two foals from broodmares. One was Gable's own filly Beverly Hills, which the Racing Form charitably said "had fair success" as a two- and three-year-old. (I'm not sure she ever won a race.) I've never seen this pic before. The photo, clipped and part of a scrapbook for many years, measures 5" x 6" and is said to be in "nice condition."

The other image doesn't show the couple, but a horse named for them. Yes, I said them. 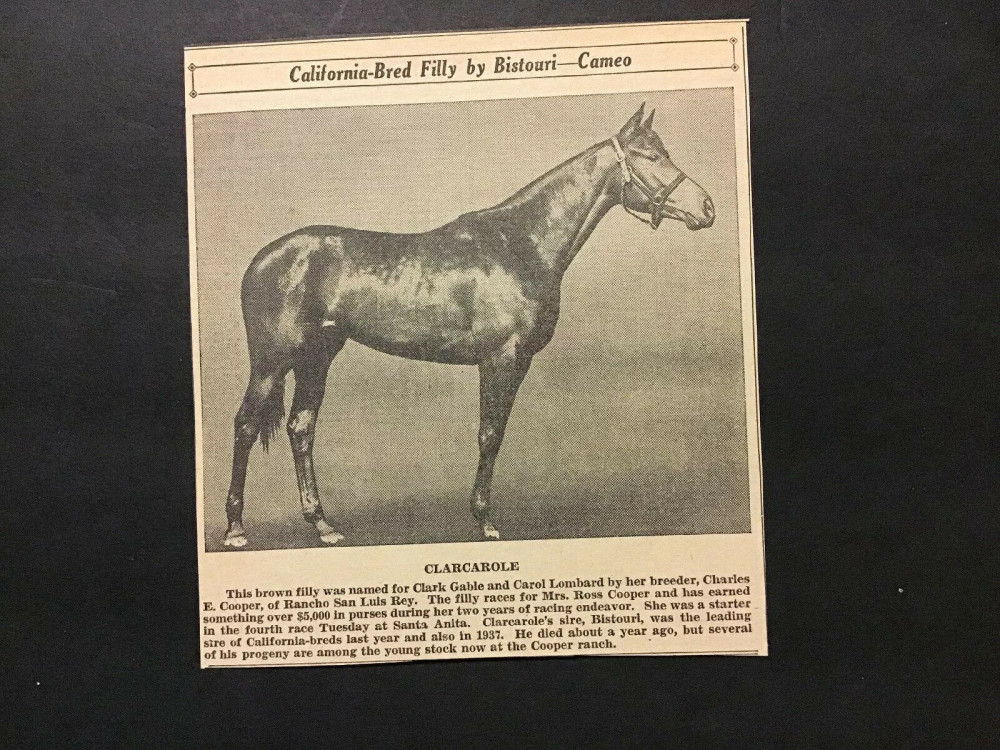 Meet Clarcarole, a brown filly named for the duo. At the time it was photographed, it had won about $5,000 in purses (better than Beverly Hills?) and apparently had raced at Santa Anita. It's also 5" x 6", from a scrapbook, and is in nice condition.

Place your bets on this legendary couple who loved the horses. 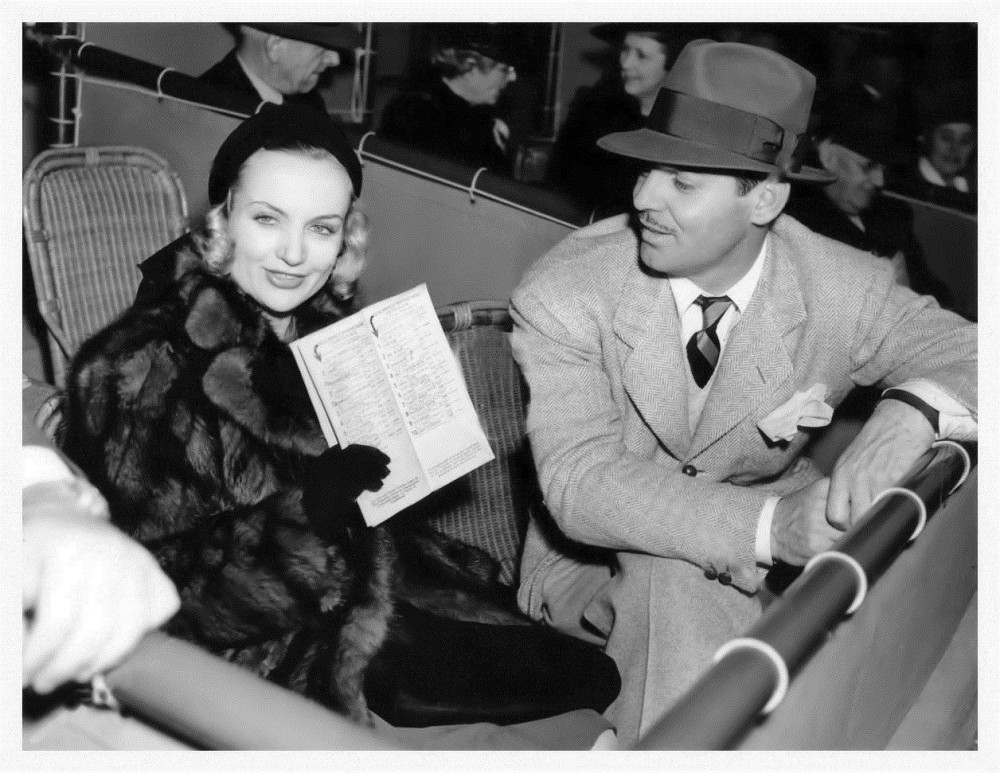