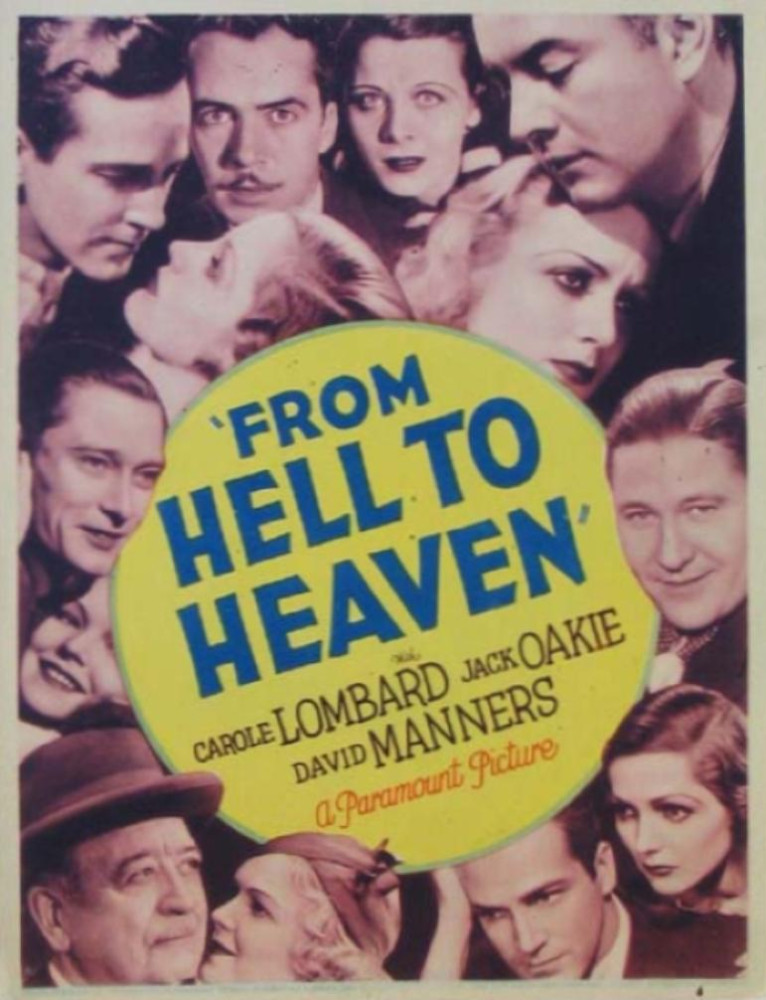 "From Hell To Heaven" ia yet another indictment of Paramount's use of Carole Lombard. One would like to enter a time machine, journey back to early 1933, march through the famed Bronson gate, find an executive and tell him, "Do you realize what you have here?" They wouldn't for another few years, as Carole slogged her way through tawdry features such as these.

The film is sort of a programmer version of MGM's "Grand Hotel" from the previous year -- set at a resort on the eve of a major thoroughbred race -- only minus the star power. Lombard and Adrienne Ames are this film's Greta Garbo and Joan Crawford, while David Manners and Jack Oakie pinch-hit for Lionel and John Barrymore. That's as far as I'll take the analogy; "Grand Hotel" won a Best Picture Oscar, while "From Hell To Heaven" is barely remembered.

However, two stills from the movie have surfaced on eBay. First, here's Lombard, Ames and Manners at the track: 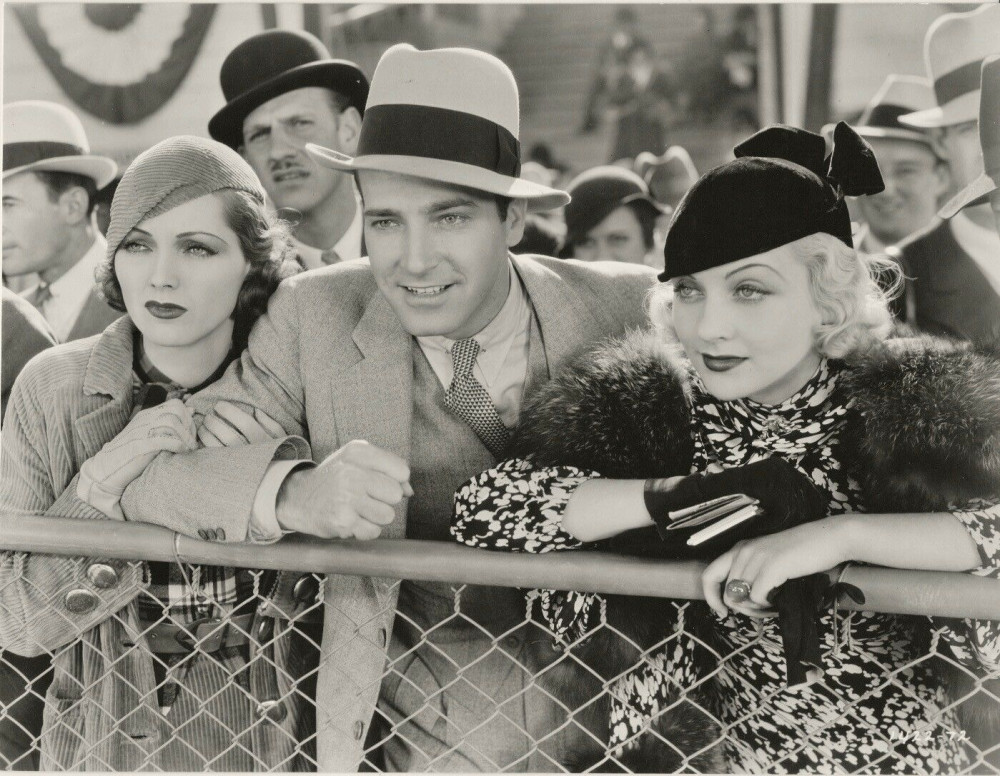 The other pic is a posed publicity still of Lombard, Ames, Oakie and Sydney Blackmer, as well as a quasi-closeup where Oakie's omitted: 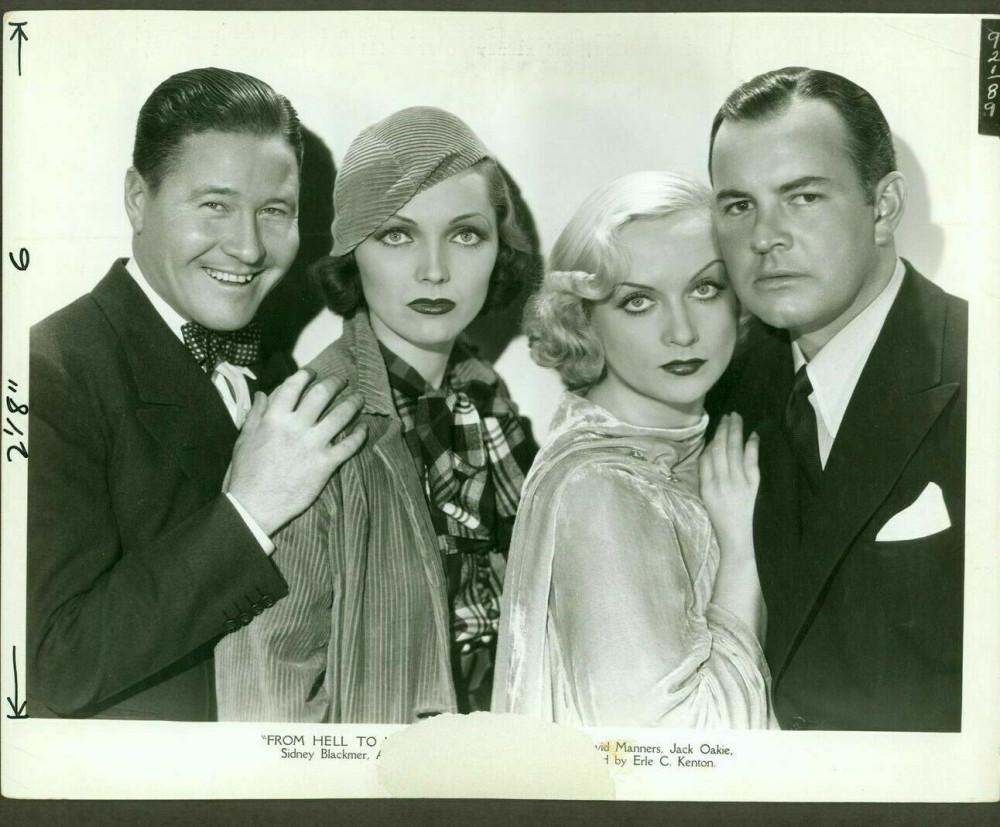 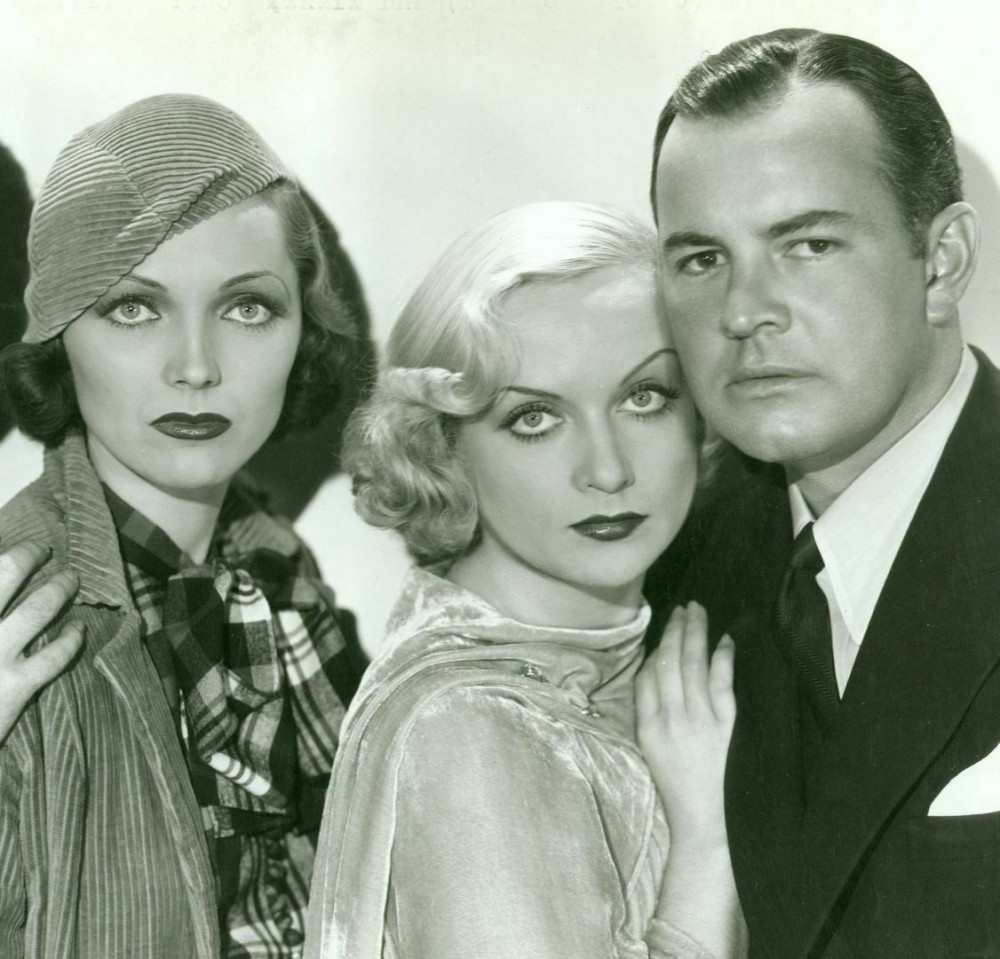 The back shows it's from the Lester Glassner collection, and apparently was used in Screen Romances magazine: 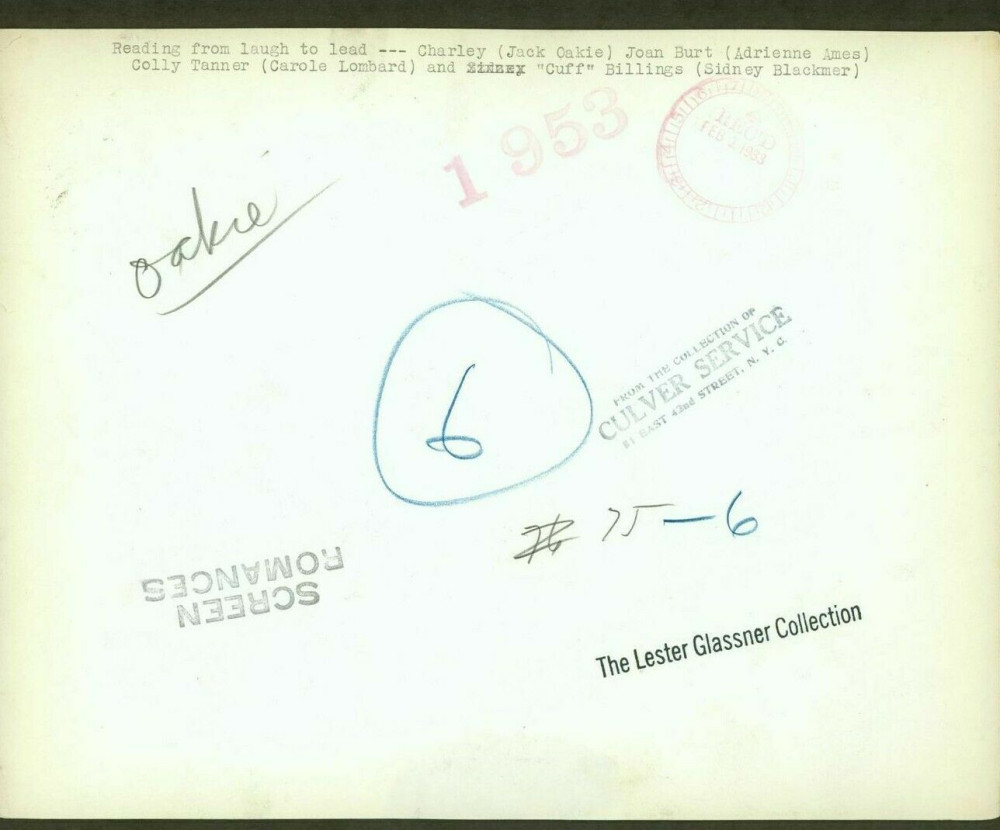 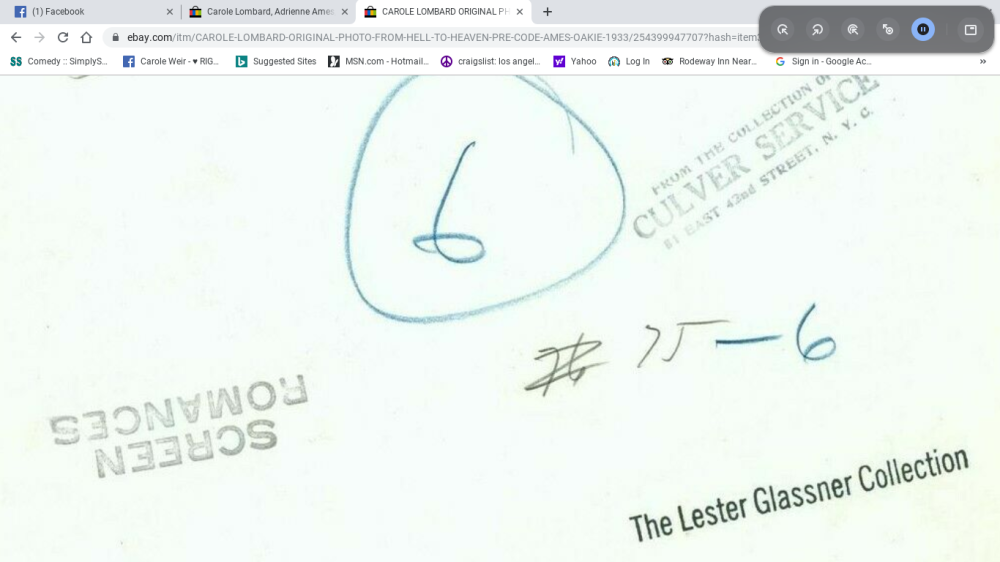