How soon they forget! Some 77 years after Carole Lombard starred in Ernst Lubitsch's landmark dark comedy "To Be Or Not To Be," some are wondering whether Nazis (in particular Adolf Hitler) should be made fun of today.

A new film -- one adored by audiences, less so by critics -- has sparked debate and drawn ire. 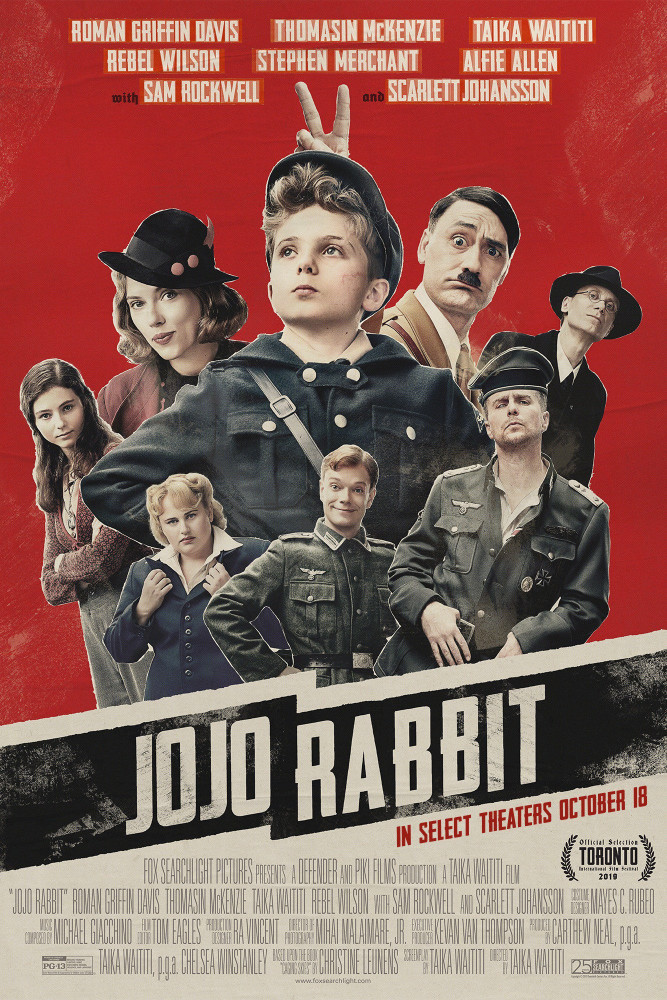 "Jojo Rabbit" is a weird blend of coming-of-age story and anti-Nazi satire, as a 10-year-old boy and member of the Hitler Youth has an imaginary best friend...none other than the Fuhrer himself. 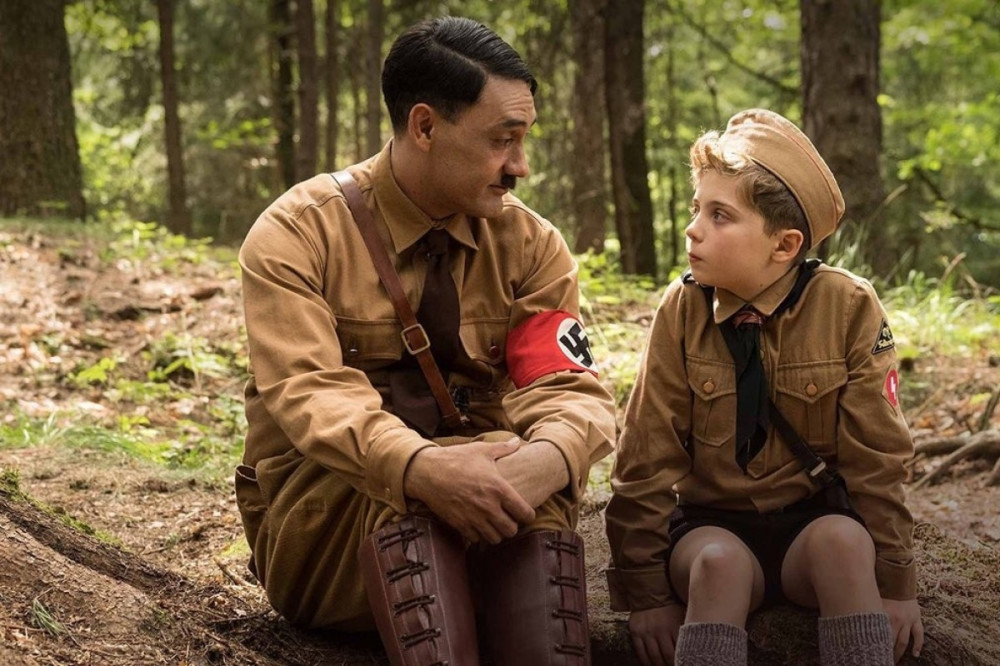 The pseudo-Hitler -- a substitute father figure -- is portrayed by the film's director, Taika Waititi (who's half-Jewish). Jojo, the child, desperately wants to be a good Nazi, and uses the imaginary Adolf to that end. But he's forced to re-evaluate matters when he discovers his family is hiding a Jewish girl from authorities. 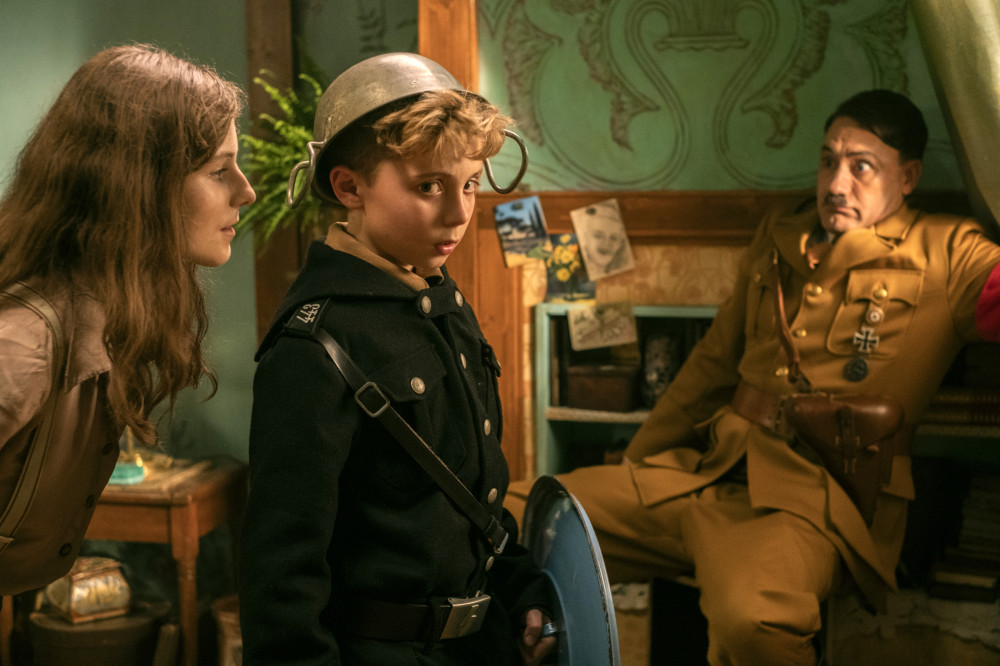 Critical reaction has been mixed, although Peter Travers in Rolling Stone liked it with some reservations. But it was very popular at last month's Toronto International Film Festival...so much so it won the People's Choice Award. Last year's winner? "Green Book," which won the Academy Award for Best Picture.

Poking fun at Hitler and his henchmen certainly isn't meant to condone the suffering of the millions the Nazis murdered -- Jews, gypsies, those deemed mentally defective, that era's equivalent of the LGBT population, and countless others. But other filmmakers and entertainers took a stand against Nazism before or during the war, a time when its outcome was in doubt. 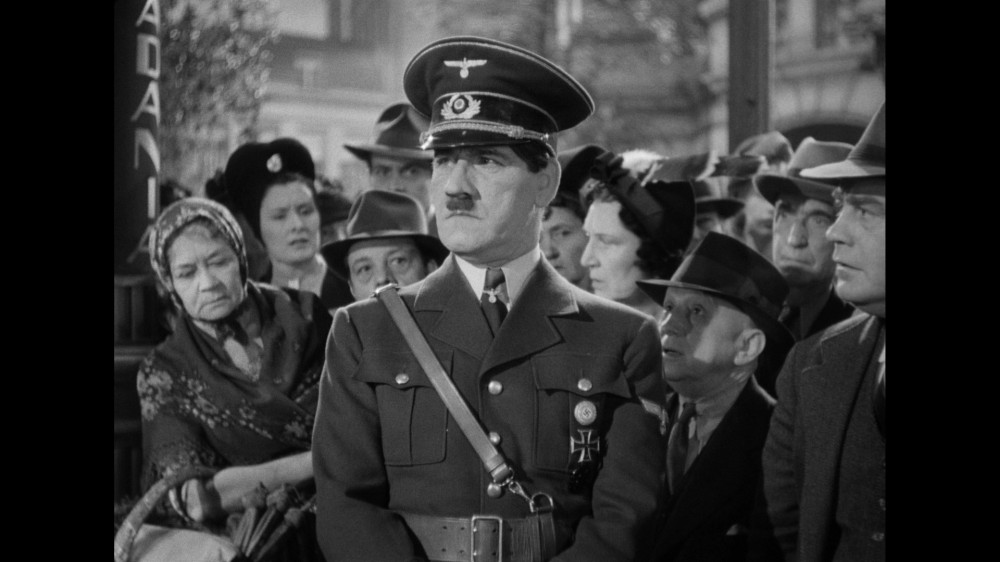 "To Be Or Not To Be," which opens with an actor portraying Hitler walking the streets of Warsaw, surely is among the best-known examples of lampooning Nazis -- as Lubitsch diminishes the Nazis by emphasizing their banality -- but there are so many others. The awards site "Gold Derby," which deems "Jojo Rabbit" a potential contender in no less than 11 Oscar categories, noted Lubitsch's film among several others (https://www.goldderby.com/article/2019/jojo-rabbit-comic-hitler-three-stooges-mel-brooks-charlie-chaplin/), dating back to the 1933 Warners cartoon "Bosko's Picture Show." 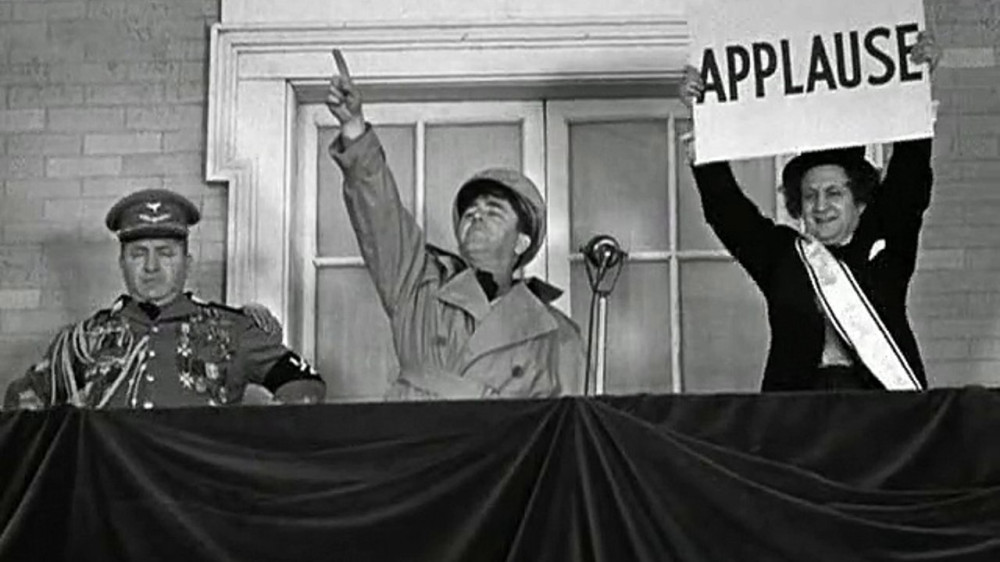 * "You Nazty Spy," the Three Stooges (1940) -- The first of two Stooges Nazi short parodies, this was released in January 1940, four months after war began in Europe and several months before Charles Chaplin's "The Great Dictator" (in the midst of production). Moe is of course the ersatz Hitler, Curly portrays a Hermann Goering type and Larry is cast as a comic Joseph Goebbels, rulers of the fictional Moronica. They wind up in the lion's den, as lions' dinner. The following year, the Stooges did a followup of sorts, "I'll Never Heil Again." 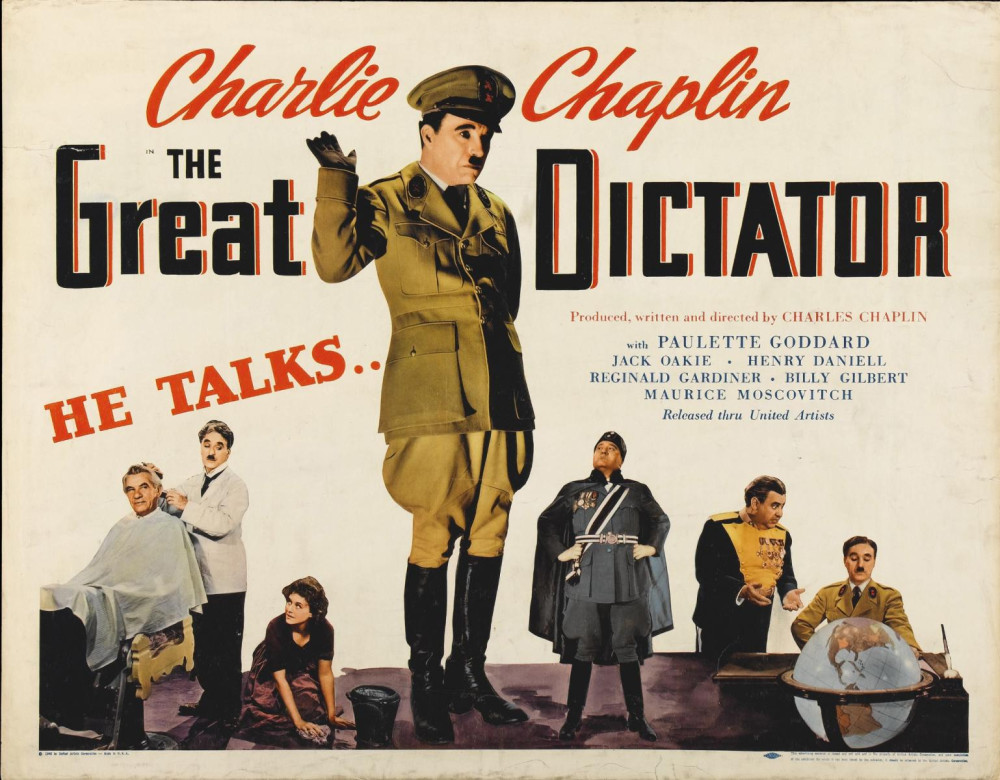 * "The Great Dictator," Charles Chaplin (1940) -- "He talks..." was the selling point here, as Chaplin made his first foray into full-fledged dialogue in the dual role of a fictional Hitler (whose actual self was four days younger than Chaplin) and a Jewish barber along the lines of Charlie's iconic tramp character. One of his most beloved and moving films, it concludes with him -- as the barber suddenly and mistakenly thrust into the dictator's role -- calling for world peace. 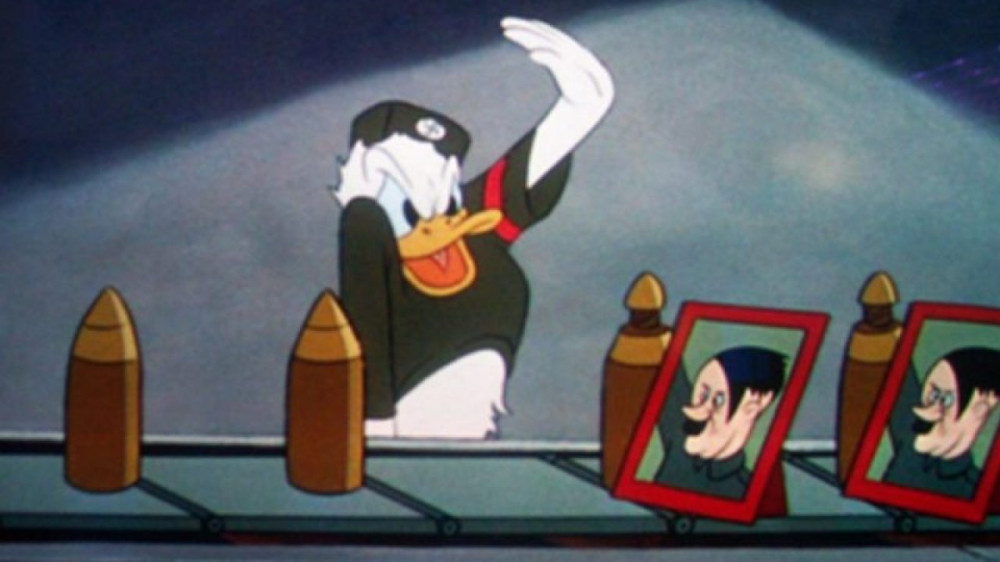 " "Der Fuehrer's Face," Donald Duck (1943) -- Donald Duck as a Nazi? Don't worry, it's all a nightmare (although this Academy Award-winning animated short wouldn't be released to home video until 2004). The duck believes he's working at a Nazis munitions plant against his will until he thankfully discovers otherwise. An anti-Nazi propaganda song by this title, popularized by Spike Jones, became a massive wartime hit.

Years after the war's end, Mel Brooks parodied Nazi absurdity in "The Producers" (1968) and a 1983 remake of "To Be Or Not To Be." But the films cited above didn't have that luxury.
Collapse