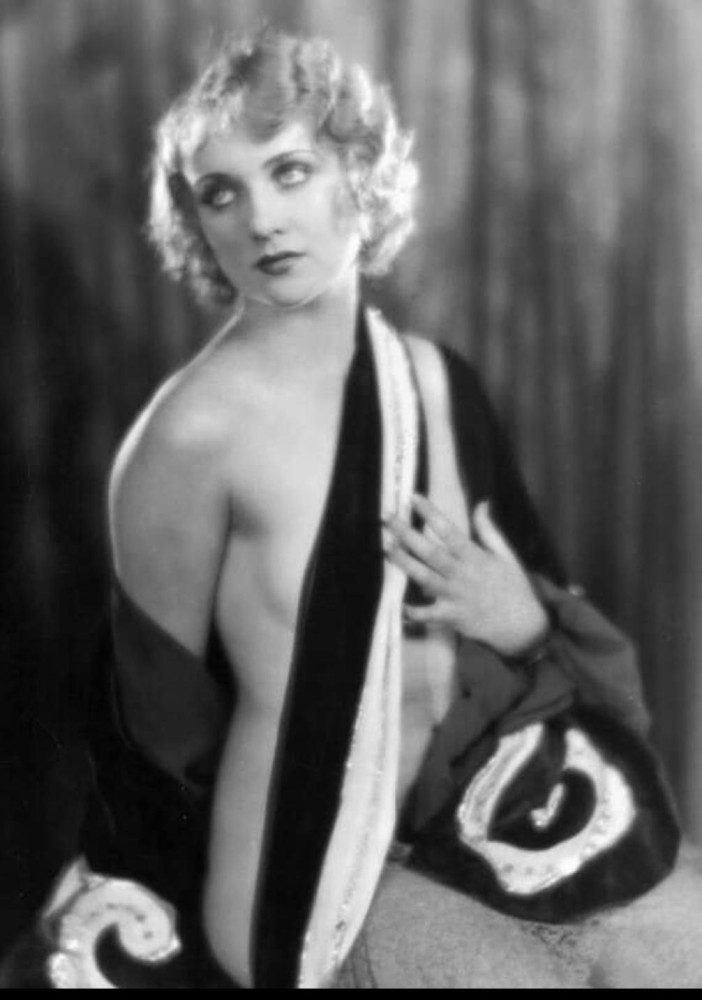 For Carole Lombard and other stars-to-be, "artistic" semi-nudes were popular in the late 1920s. Want proof? Note these poses of Jean Harlow and, of all people, Barbara Stanwyck (in 1926, when she was a showgirl under her birth name, Ruby Stevens): 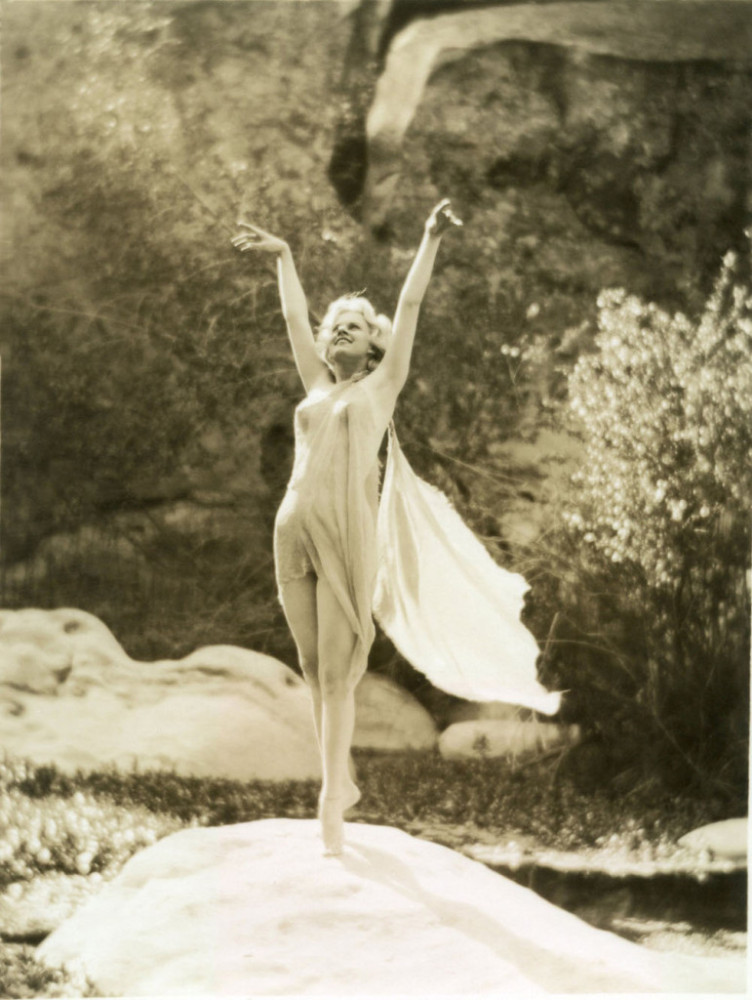 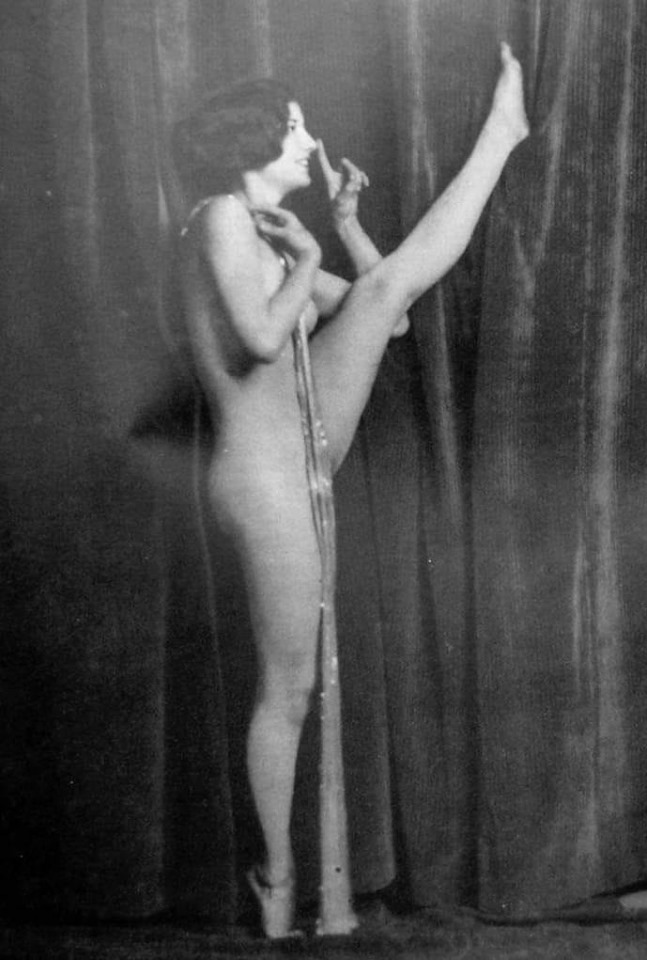 That Lombard image, from Pathe's William E. Thomas (who took many a pose of the sensual young Carole), recently generated some controversy on Facebook at the site "Pre-Code Hollywood (1929-1934): Sin on Celluloid." Look at her right arm, above the wrap she's wearing and next to her semi-exposed breast. Is that a bruise?

Three dozen comments were made, including two by me. One commenter said, "I see it. But she might have gotten it by bumping into something for real." From another: "Might just be the lighting and pose?" (I'm in that camp.)

Whatever, thankfully no one intimated Carole suffered any intentional physical abuse to make this photo. Most comments were along these lines: "I'll try to look for the bruise but I'm finding it hard on concentrating on anything but the partially exposed breast :). Loved the pictures of that day and the pure beauty of the era not to mention the great Carole Lombard." 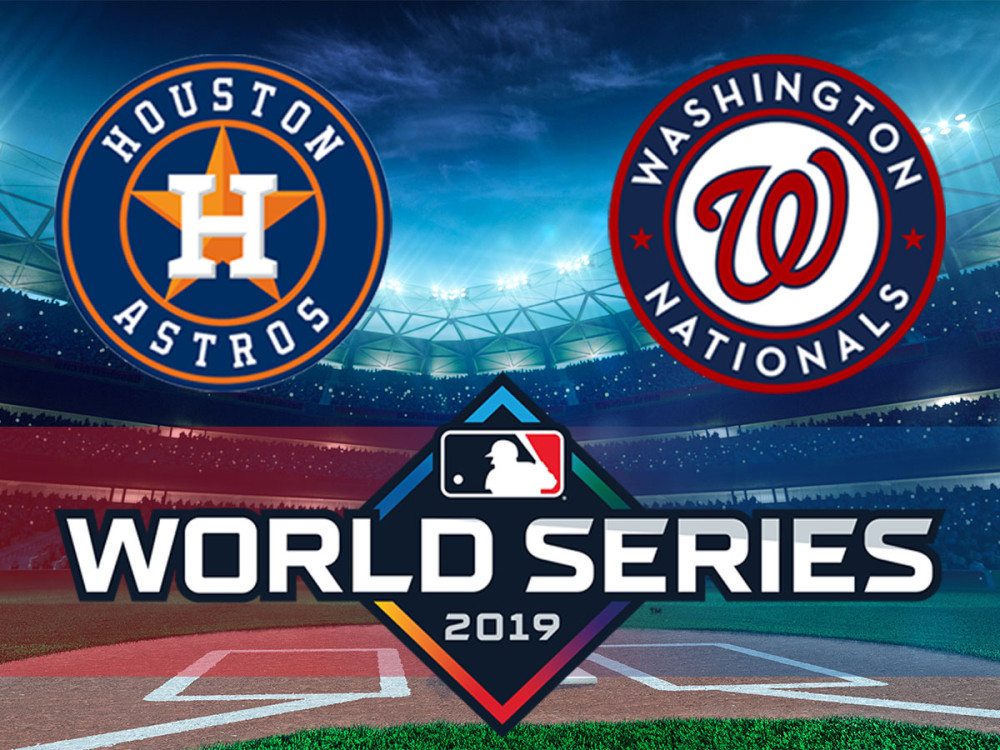 The World Series begins tonight in Houston, and to see a Washington team actually involved in the fall classic for the first time since 1933 still blows many people's minds -- especially former or current D.C. area residents such as myself. This simply isn't supposed to happen, not given the generations when the nation's capital either had a poor team or no team.

This also conjures up the novel "The Year The Yankees Lost The Pennant" written by Douglas Wallop, where a fan of the woebegone Washington Senators (then in the American League) sells his soul to help them beat the perennial champion Yankees. (We're completing the first decade in a century where they never so much played in a World Series.) The book was adapted into the Broadway musical and film "Damn Yankees."

(I went to high school at Richard Montgomery in Rockville, Md., just outside D.C., and in November 1970 the school did a production of "Damn Yankees" -- and used actual uniforms from the Senators organization for the "ballplayers" to wear. That turned out to be good timing, as the franchise moved to Arlington, Texas, after the following season.)

In honor of the 2019 Washington Nationals, who have already made a city's wildest dreams come true, the classic anthem "(You Gotta Have) Heart" in a rare stereo version from the 1958 movie. Go Nats!