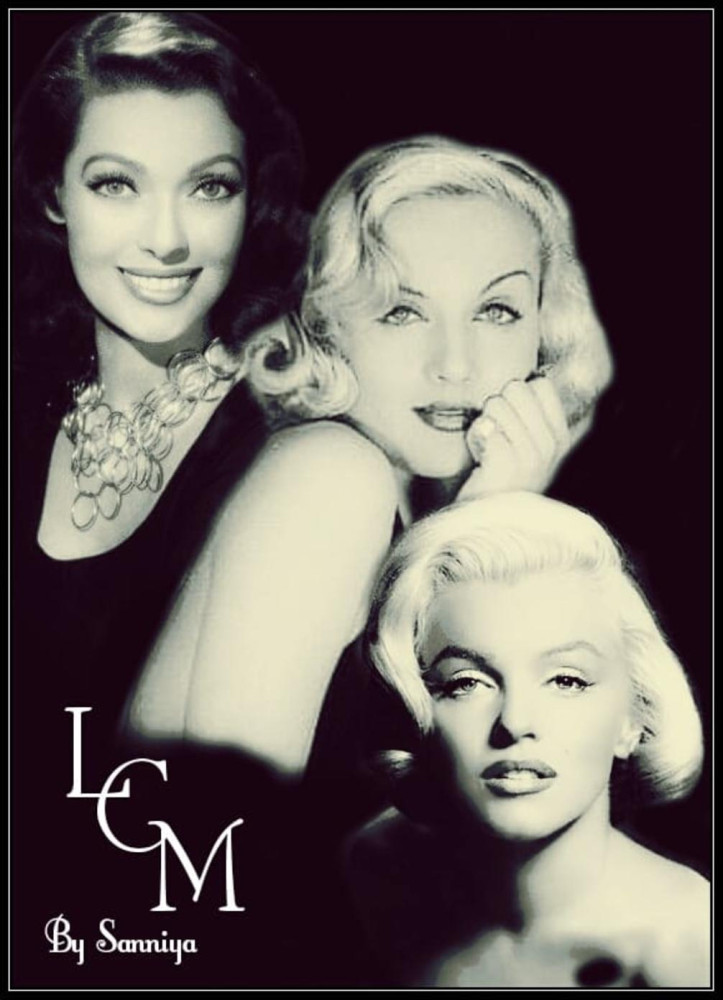 Artist Sanniya Harmony created this image of Carole Lombard with two similarly ethereal Hollywood legends, Loretta Young and Marilyn Monroe. We bring this up because Young's daughter-in-law, Linda Lewis, has announced that Julien's is to hold an online auction of many items from Loretta's estate, an event scheduled for Feb. 10, 2020.

"After much deliberation, we decided to bring out a variety of Loretta Young items and pass them onto others who might enjoy having a bit of Hollywood history," Lewis wrote on Facebook. "It's going to be fun and exciting!" 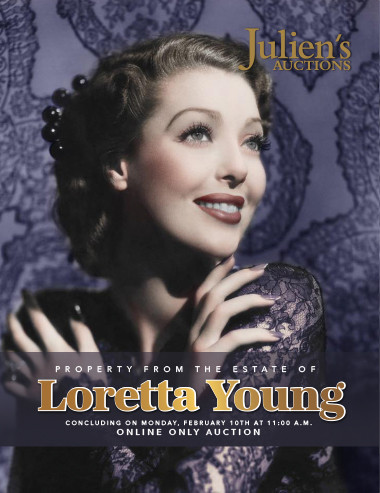 Lewis' mother-in-law lived to age 87; her death in August 2000 came well into the pre-Code revival and six years after Turner Classic Movies debuted. By then, many had re-evaluated her career, as her earlier films were a revelation. One of them, "Taxi!" (1932), landed in Loretta's lap only because Lombard received advice not to be loaned out from Paramount to Warners -- a decision she regretted, as "Taxi!", pairing Young with James Cagney, became a hit. 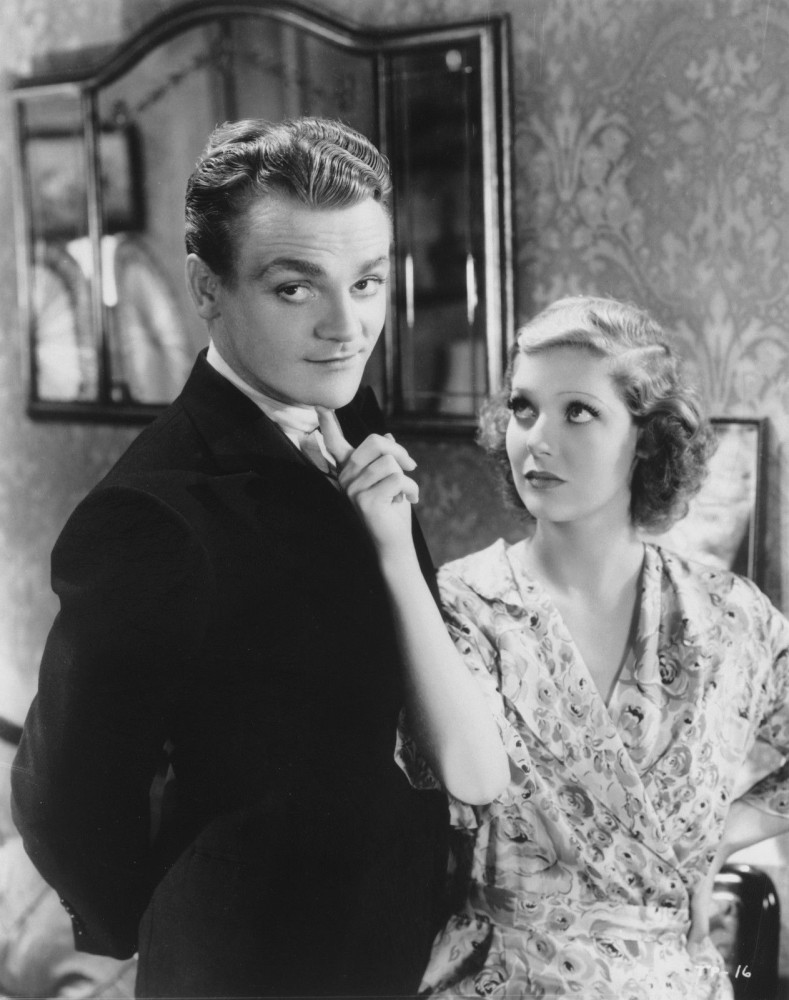 Young won a Best Actress Oscar for "The Farmer's Daughter" in 1947, then made a smooth transition to television with the dramatic anthology "The Loretta Young Show." A savvy businesswoman also active in many charities, she periodically acted for many years.

What items are to be auctioned? We're still very early in the process. You can learn more by visiting http://www.juliensauctions.com and signing up. Julien's is the firm which will run the Mae West auction Nov. 1 (https://carole-and-co.livejournal.com/1020090.html).

If I seem a bit happier than usual today, I have my reasons. Yesterday, something occurred I never thought I'd see in my lifetime. 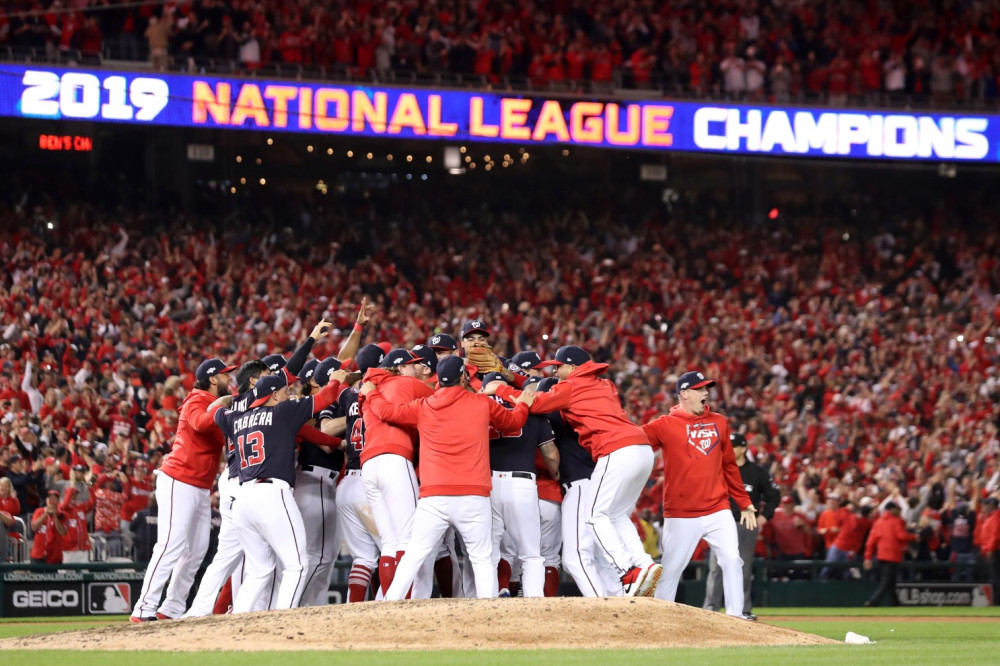 A Washington baseball team is going to the World Series. You have to be a current or former D.C.-area resident to understand how other-worldly that sentence sounds.

It's only the fourth time it's happened...and D.C.'s last appearance in the fall classic came in 1933 as an American League team (the first version of the Senators). The current franchise, the Nationals, relocated from Montreal for the 2005 season.

The 2010s have easily been the most productive decade in Washington's luckless baseball history (which included 33 seasons without a team). However, the Nats lost four heartbreaking National League Division Series, three in a deciding Game 5. When this year's team, saddled with a historically dreadful bullpen, stumbled out of the gates to a 19-31 record in late May, the team's window had apparently closed.

But the Nats became healthy, the starters were dominant and the offense went on a roll. While they couldn't catch Atlanta for the NL East title, they took charge down the stretch and gained a wild-card berth, rallying to beat Milwaukee and earn an NLDS rematch with Los Angeles.

Playing with house money -- this time the pressure was on the Dodgers, losers of two straight World Series -- the Nats tied the series in Game 4, traveled to LA for the deciding fifth game and came from behind to win 8-4 as former Dodger Howie Kendrick's 10th-inning grand slam provided the difference.

Next up in the NLCS, the always pesky St. Louis Cardinals, whose rally from 6-0 down in Game 5 in 2012 began Washington's litany of October misery. Not this time -- in fact, the Cards never led at any point of the four games. Last night's first inning, in which the Nats exploded for seven runs, was as if 95 years of heartbreak was being avenged in one fell swoop. 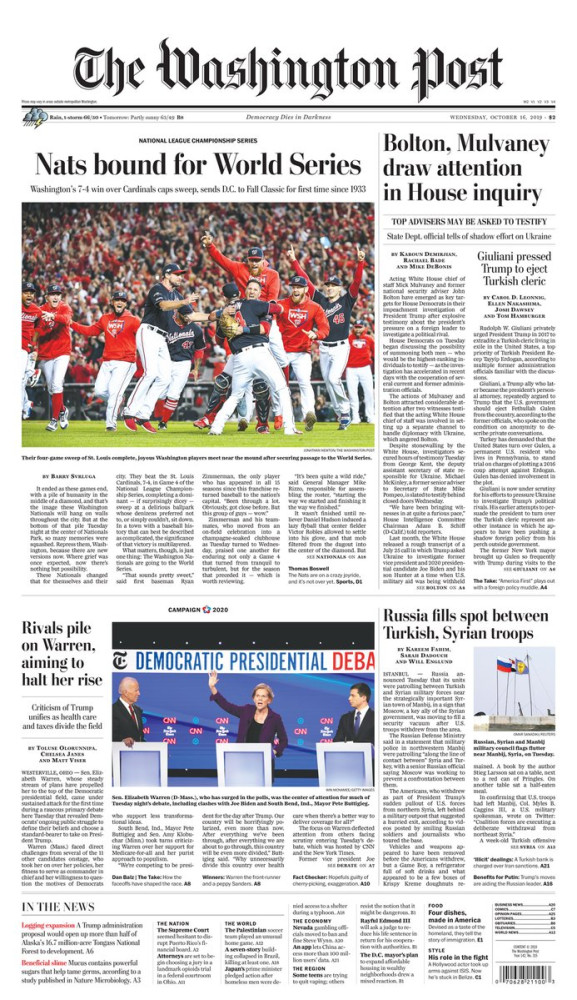 For Washington sports fans, this past week changed everything. (And not just the Nats; the WNBA Mystics won their first league title last Thursday.) Just as the Washington Capitals did in 2018 when they exorcised their postseason demons to win a Stanley Cup, so have the Nats broken through. Seemingly anything is possible, perhaps even a World Series title against either the Houston Astros or New York Yankees. (Houston currently leads the series two games to one.) We shall see when the Series opens next Tuesday. 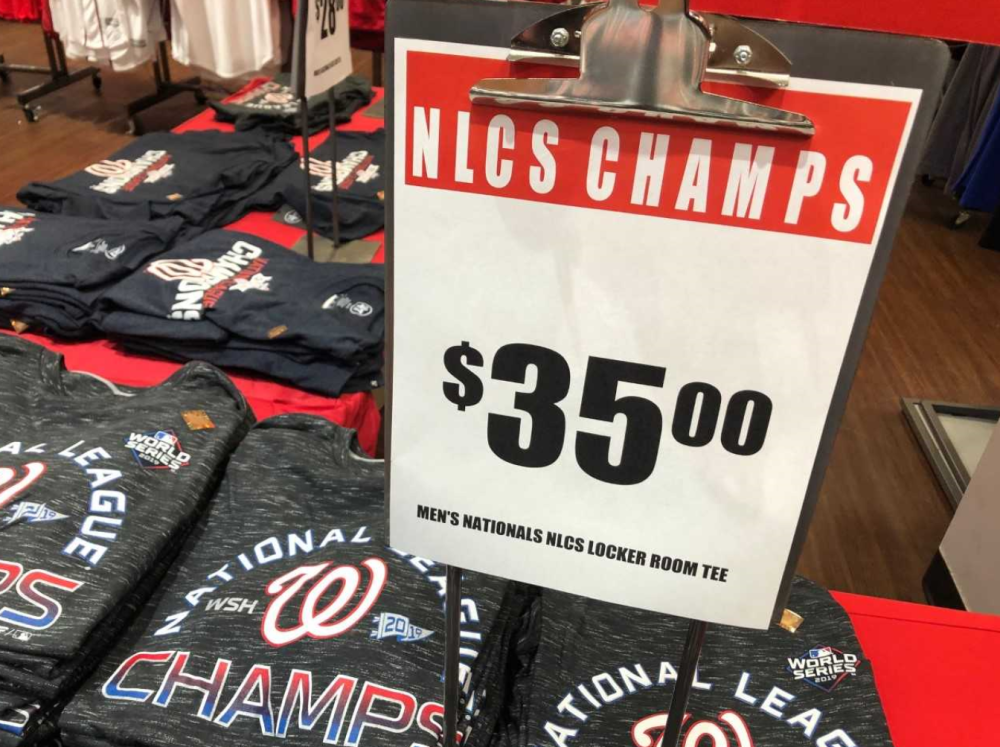