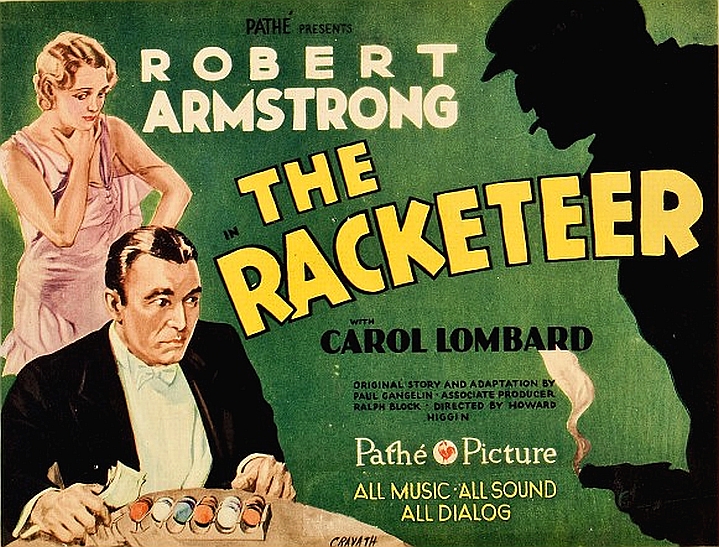 "The Racketeer," the last of three talking features Carole Lombard made at Pathe in 1929, did little to display the Lombard to come in the ensuing decade. Instead, she served as a rather typical leading lady caught up in a tawdry underworld tale starring Robert Armstrong as the title character.

A previously unknown publicity still from the production has surfaced. It's set in a garden at night and thus appears dimly lit: 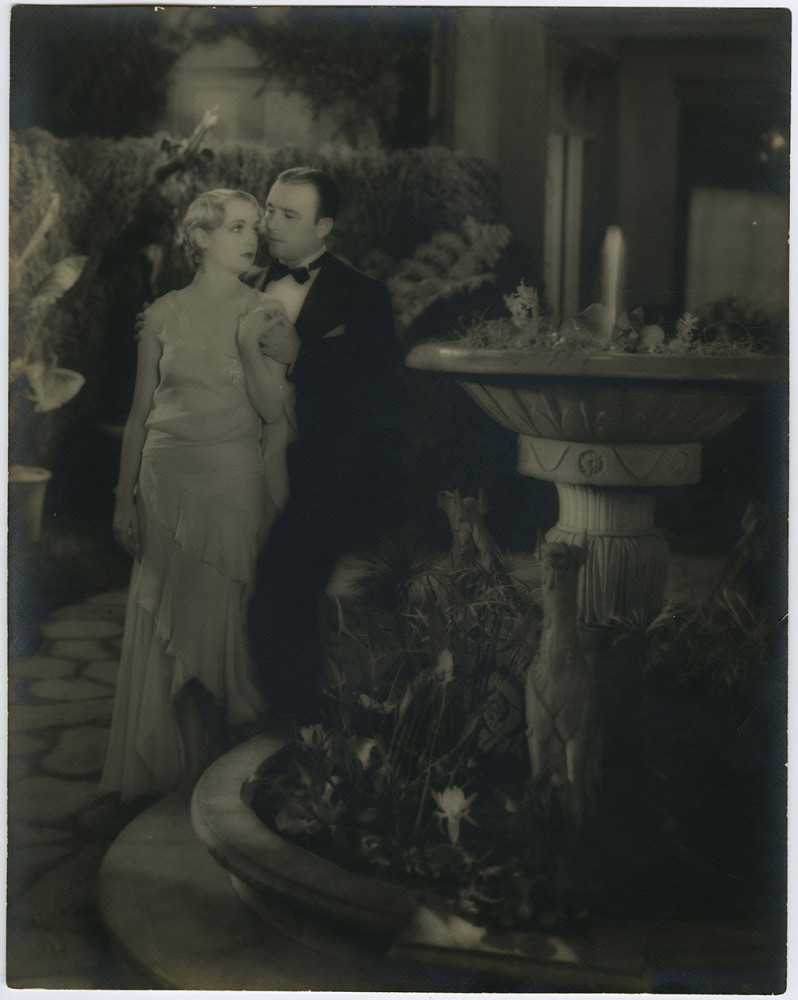 The back of the photo displays little aside from faint marks of the actors' names and the movie's title (its year is erroneously listed as "1930"): 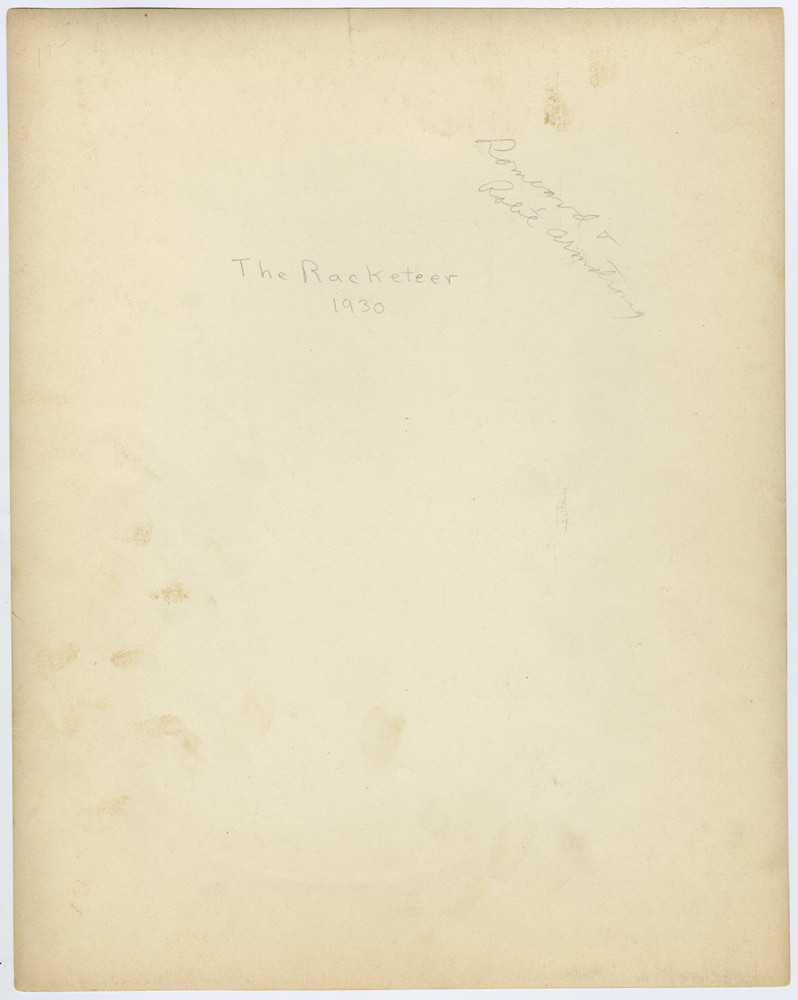 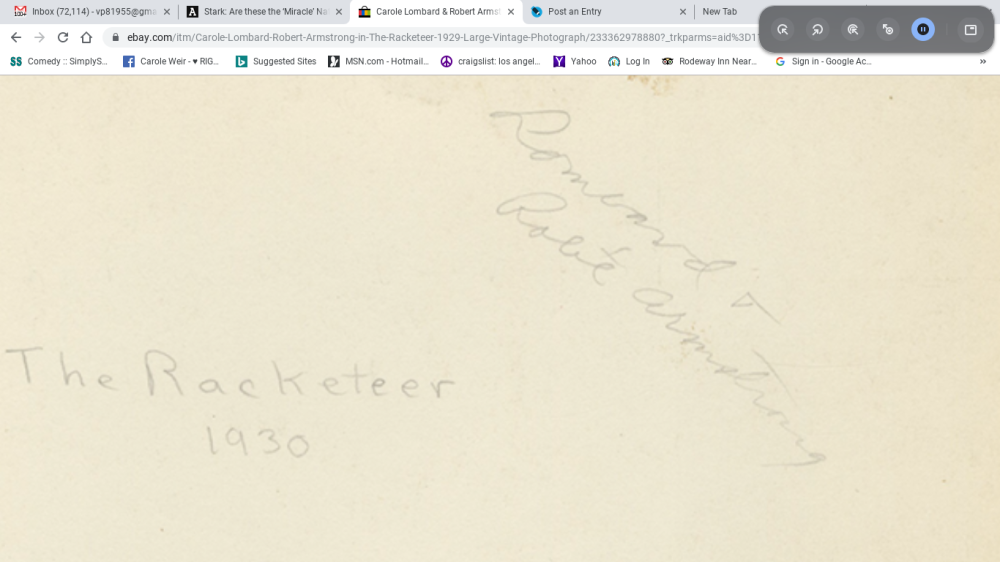 This is a single-weight measuring 10.25" x 13". It's in fine condition with scattered edge wear.