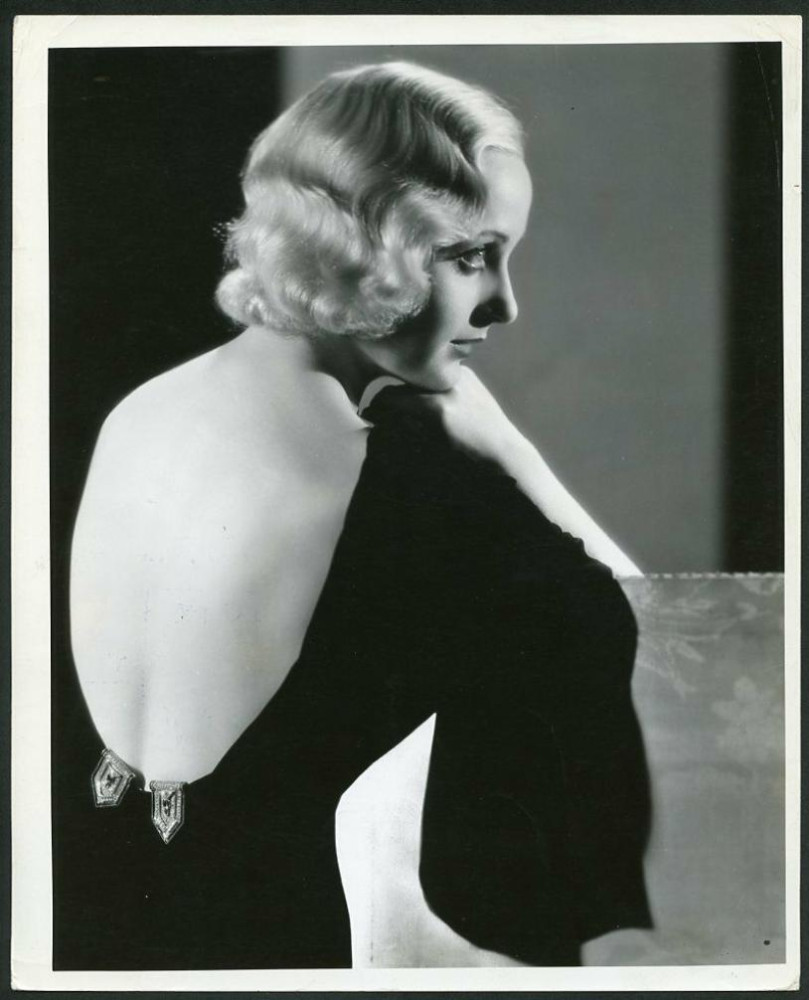 So what does the photo above have to do with 4,000 entries? Perhaps it signifies Carole's got our back, but it's actually a vintage photo now up for auction at eBay. On the back, there's no snipe, but other information is visible: 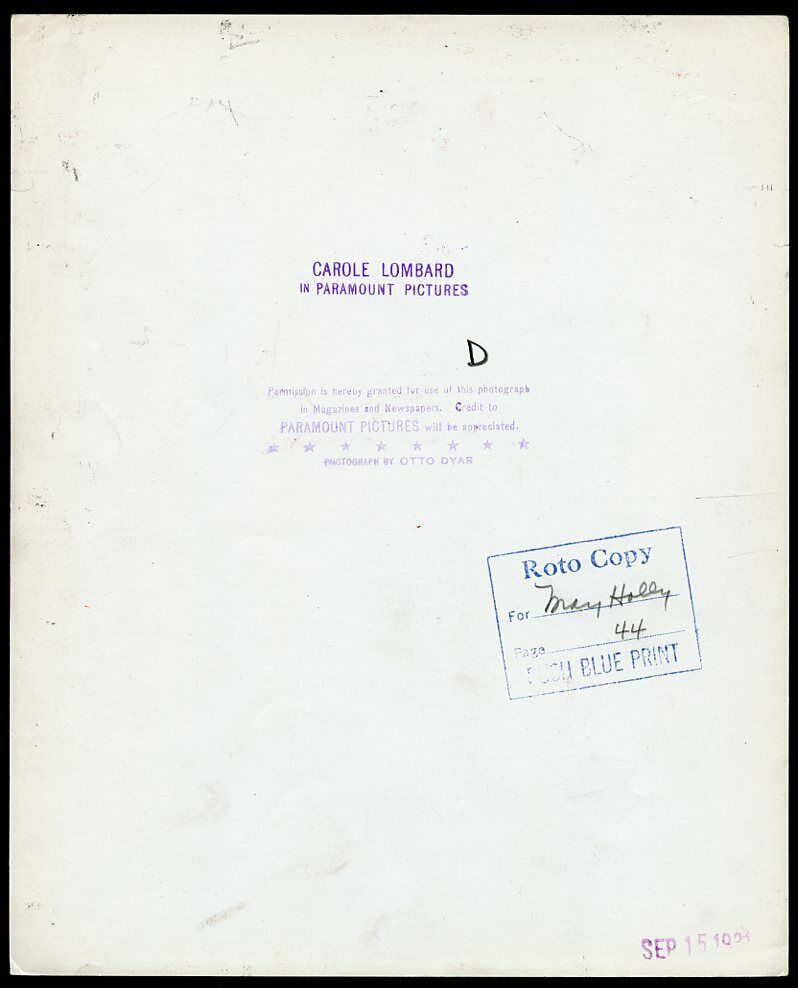 We learn it's from Paramount, though there are no player or movie code numbers on the front. It was taken by Otto Dyar, who photographed Lombard numerous times. And while we don't know the publication this was used in, it apparently was received in September 1931.

More information from the seller: 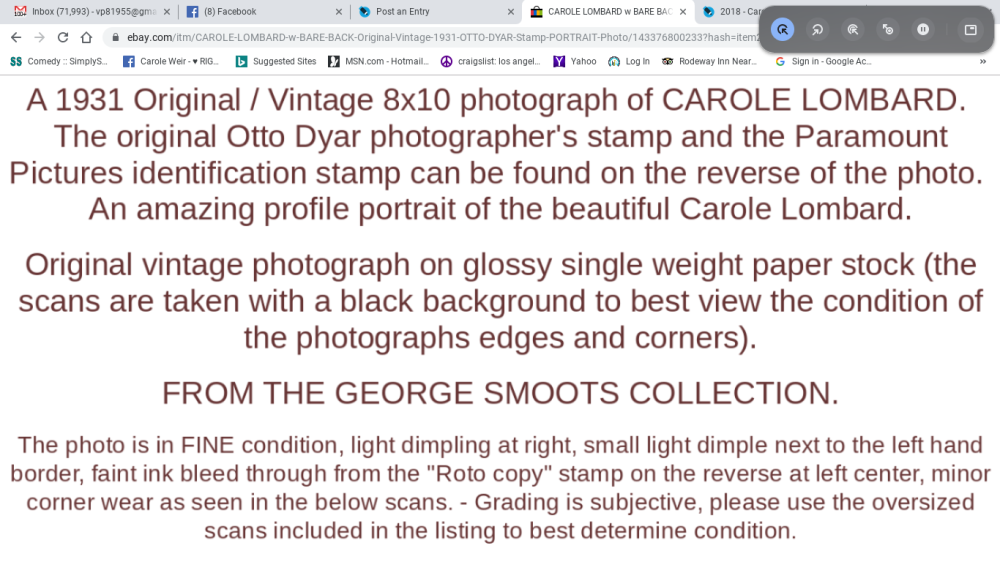 The Smoots collection has provided us with many striking images of Carole over the years, and this is indeed one of them.

Now to start on the next 4,000 entries.
Collapse