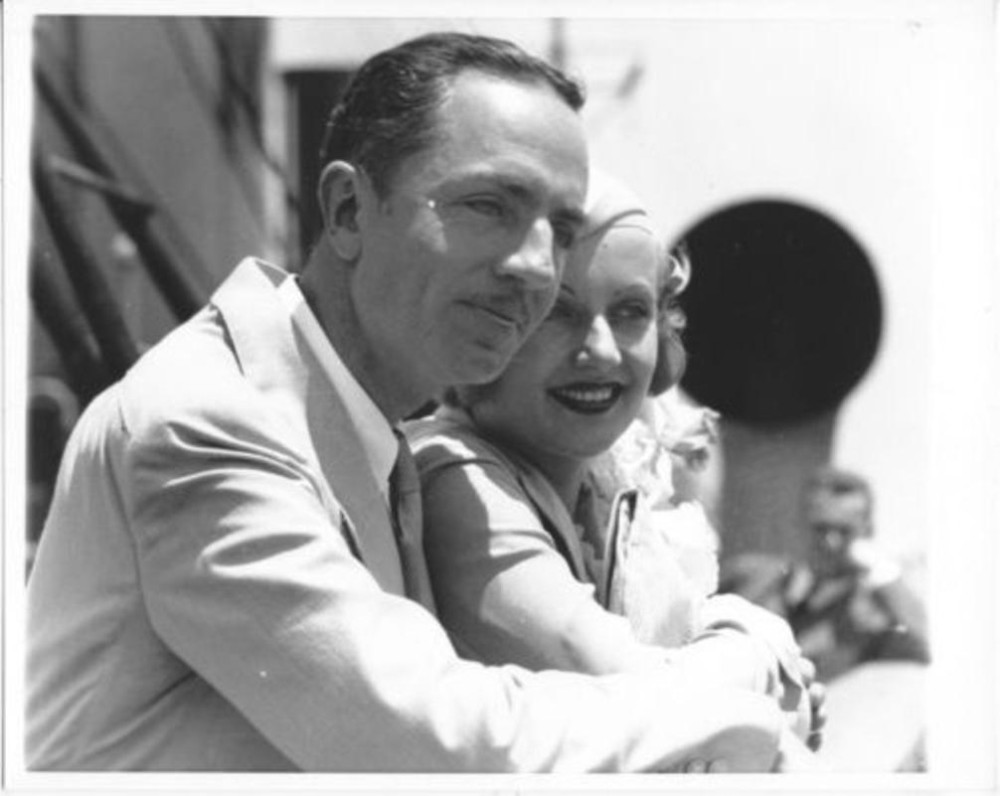 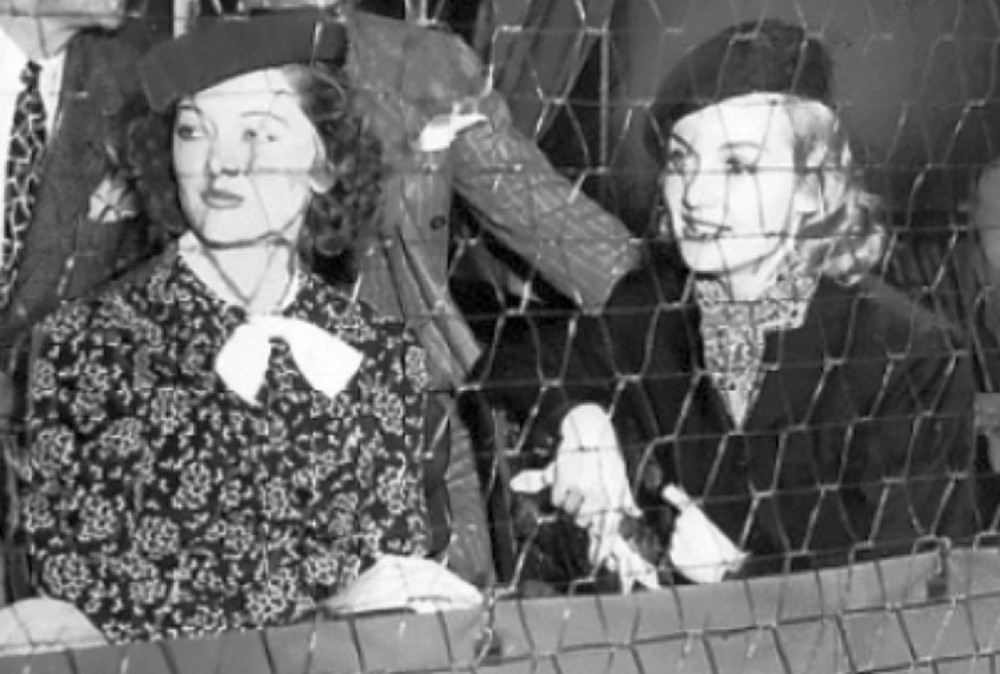 Two people close to Carole Lombard, first husband William Powell and good friend Myrna Loy, made for arguably the greatest couple in classic Hollywood history. Turner Classic Movies in the U.S., which runs plenty of Powell and Loy, gives us seven more samples of their cinematic artistry on Tuesday. Here's the schedule (all times Eastern): 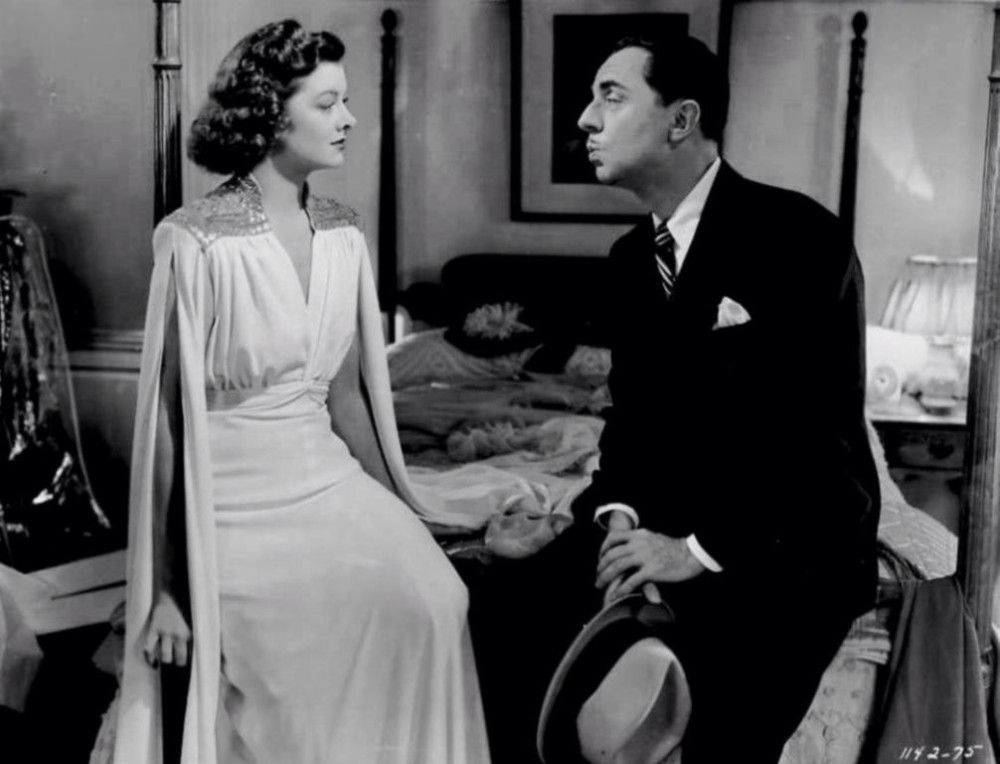 * 6 a.m. -- "I Love You Again" (1940). In this ingenious turn on amnesia, staid businessman Powell falls overboard while away from wife Loy, and discovers he's reverted to his previous identity as a shady character. Allied with a pal from his past (Frank McHugh, ace as always), he returns to his hometown to plan a heist...but Loy is delighted over how her bland husband has changed. 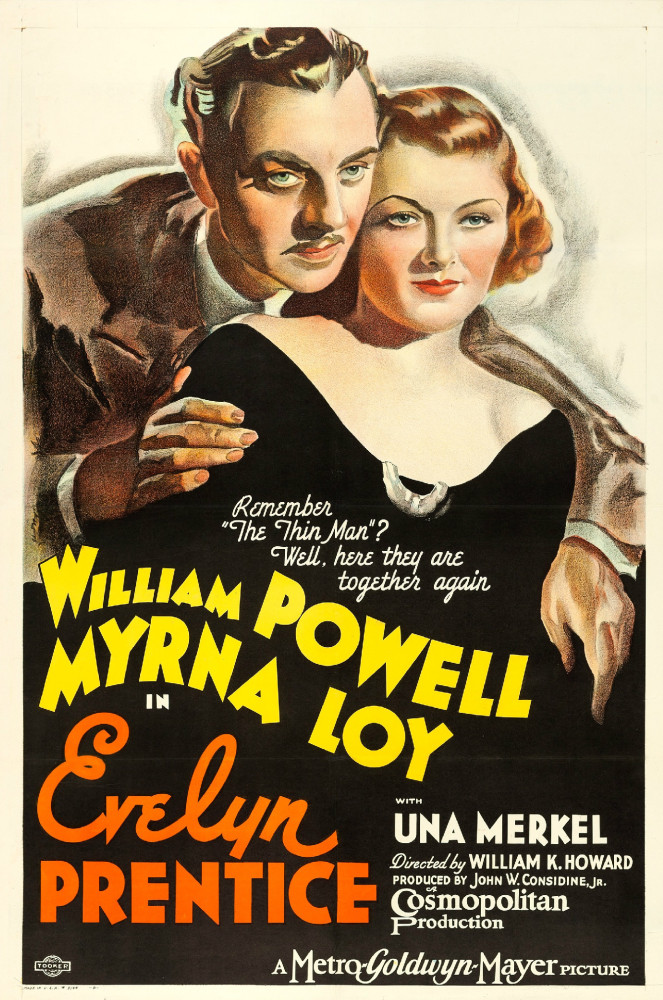 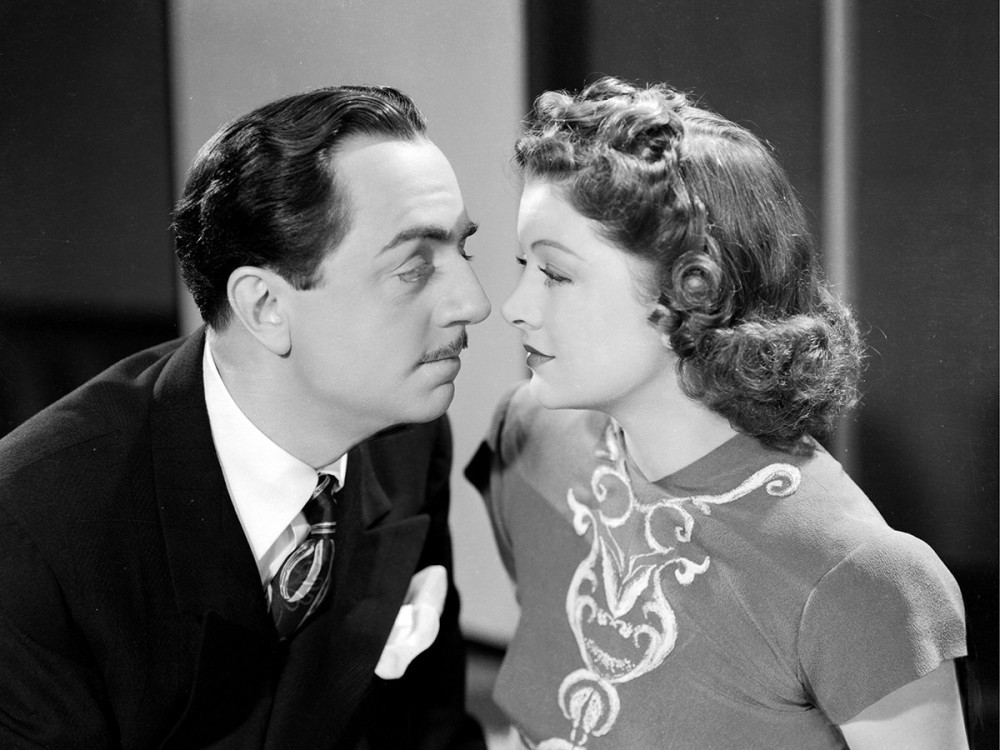 * 9:30 a.m. -- "Love Crazy" (1941). To keep wife Myrna from divorcing him, Bill feigns insanity...but things don't go as planned. Wacky comedy reunites Powell with Gail Patrick, here as an old flame of his whose small dog causes all kinds of elevator havoc. Oh, and Powell's also in drag (minus mustache, of course). 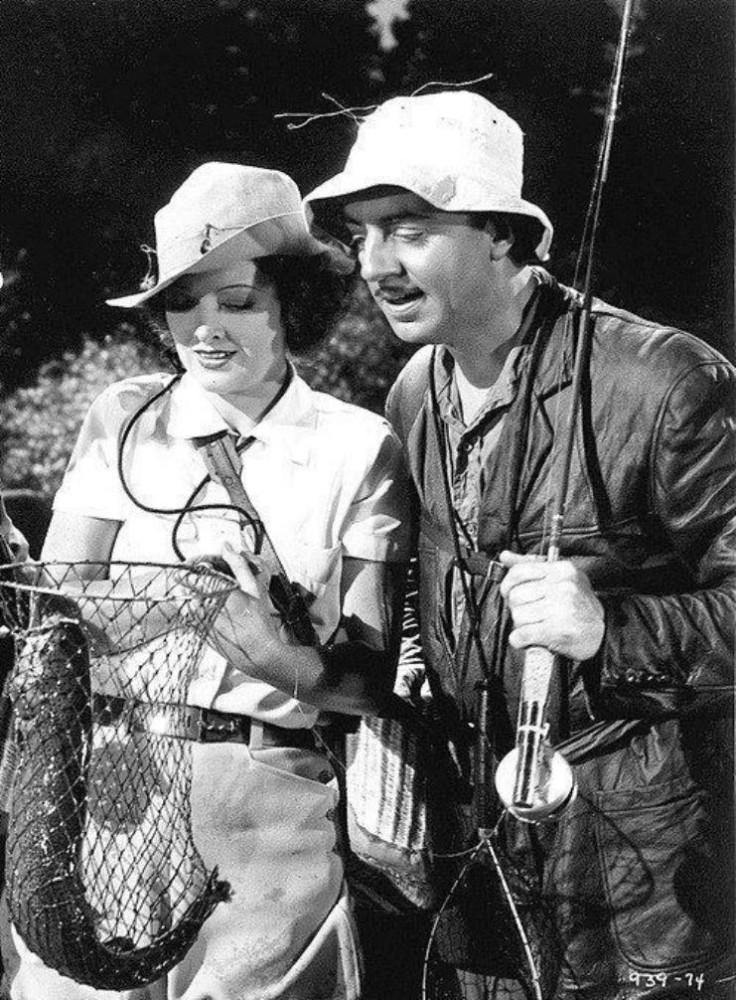 * 11:30 a.m. -- "Libeled Lady" (1936). Bill's just reeled in walleye; how he did it is perhaps his greatest scene of physical comedy. This screwball newspaper gem also stars Jean Harlow and Spencer Tracy, not to mention superb character actor Walter Connolly as heiress Myrna's dad. Watch and see why TCM's Robert Osborne called this his favorite classic-era comedy; it's in my top ten as well. 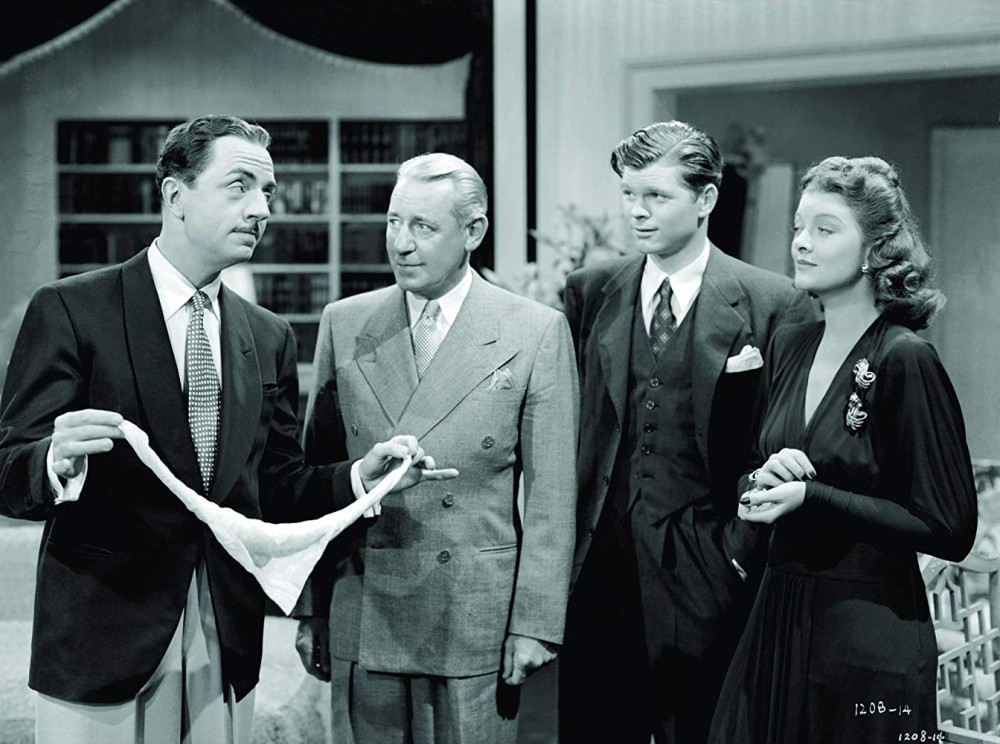 * 1:30 p.m. -- "Shadow Of The Thin Man" (1941). Powell and Loy's most famous casting came as Nick and Nora Charles in the "Thin Man" series, and here's the fourth in that sextet. Wire terrier Asta's around, of course, as is Nick Jr. In Nora's hometown of San Francisco, they investigate the death of a jockey. This was the film debut of Barry Nelson (second from right) and the third for Donna Reed. Pearl Harbor occurred two weeks after its premiere; Loy entered volunteer service with the Red Cross, and wouldn't make another film until... 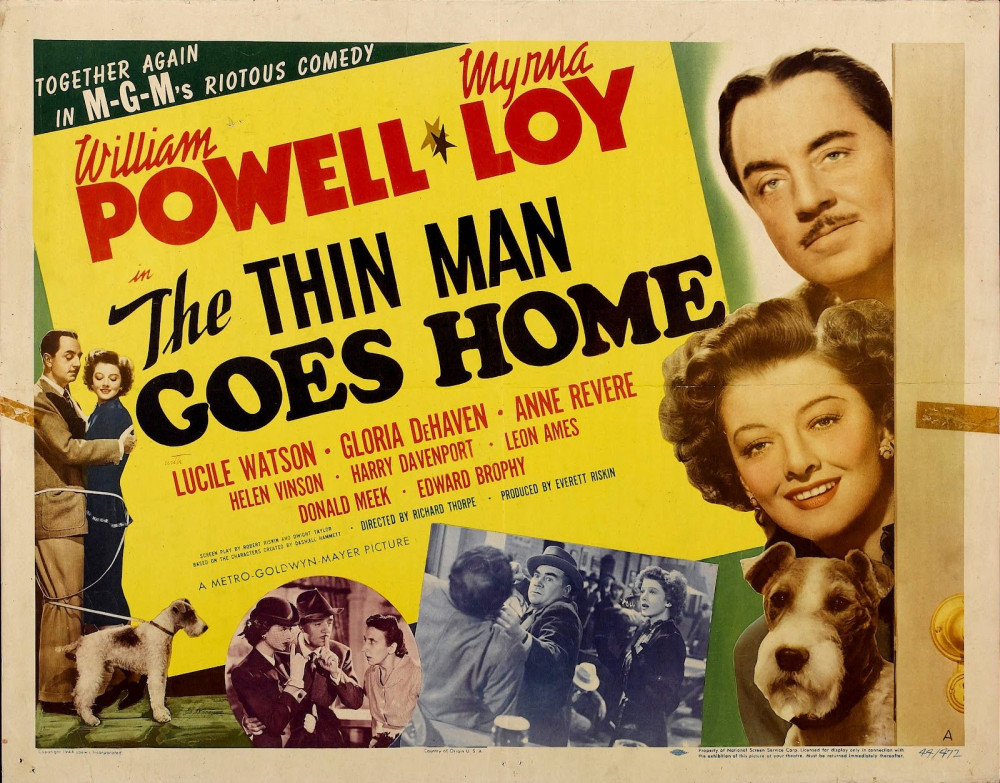 * 3:30 p.m. -- "The Thin Man Goes Home" (1945). Actually filmed in late 1944, this places Nick and Nora in Andy Hardy country, his fictional small hometown of Sycamore Springs, and he naturally has to solve a murder while there. (To placate his father, Nick limits his liquid consumption to nothing stronger than apple cider!) Robert Riskin co-wrote the script, and the Charleses' banter is witty as usual. 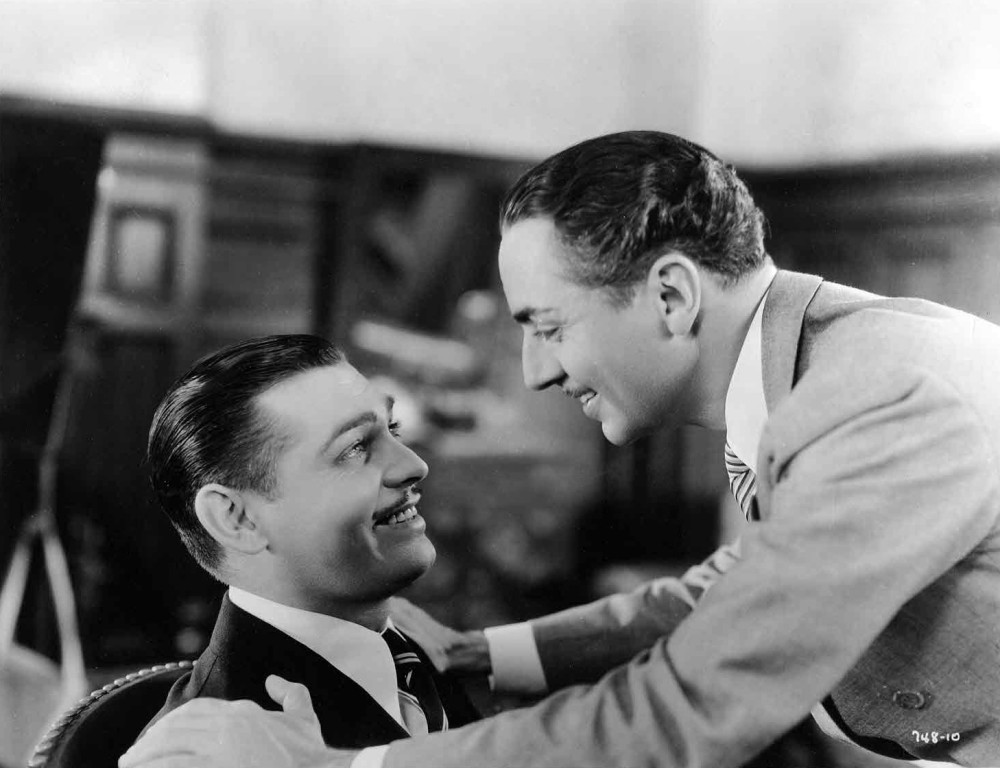 * 5:30 p.m. -- "Manhattan Melodrama" (1934). The only teaming of Lombard's husbands, this marked Powell's first work with Loy. (Until shooting started, they had never met.) This story of New York childhood friends on opposite sides of the law, with Myrna as the lady in their lives, is best-known in popular culture as the last film gangster John Dillinger saw before he was gunned down, but it's a fine movie in its own right.
Collapse