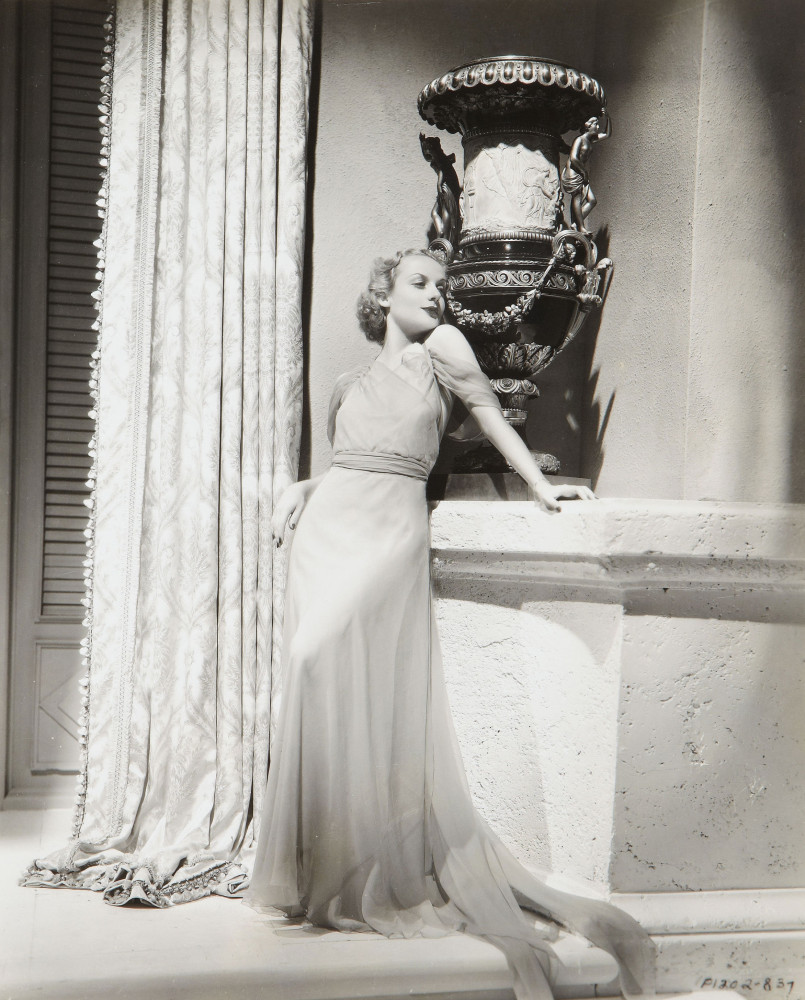 There are many wonderful Carole Lombard anecdotes. One of my favorites concerns Pat Drew, a studio electrician severely injured (he lots a leg) when a plane crashed in Miaaouri in the mid-thirties. She made it part of any film contract she signed that Drew be involved in production. As a writer noted in Collier's, "Lombard feels very sorry for people with handicaps, figuring life is tough enough without them. So unless Drew works in a picture, Lombard refuses to work." (https://carole-and-co.livejournal.com/85538.html).

In other words, Carole was "woke" before woke. That's why I am certain her 2019 self would be excited about something happening later this month in Los Angeles. 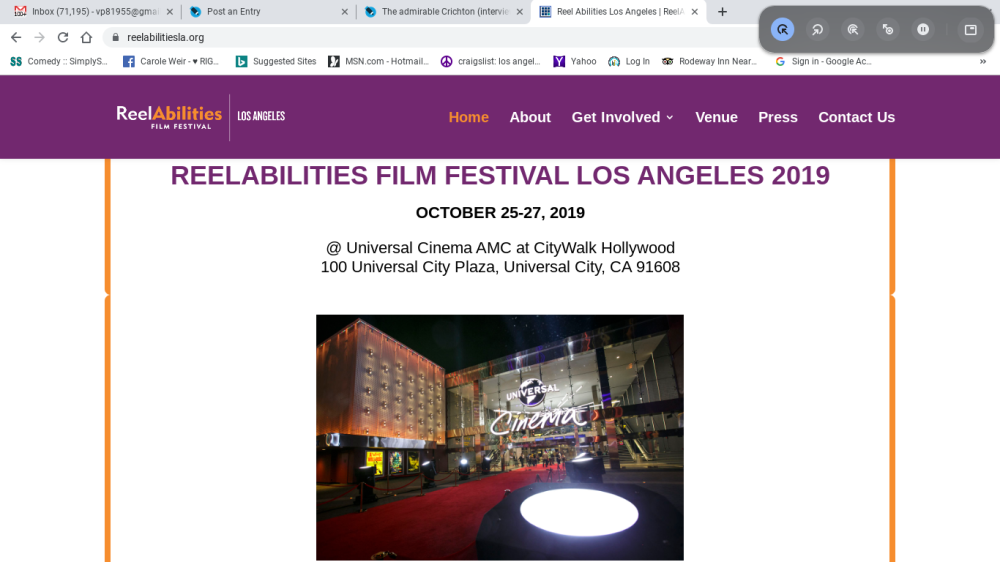 This three-day event occurs in three weeks at Universal City. It defines itself as 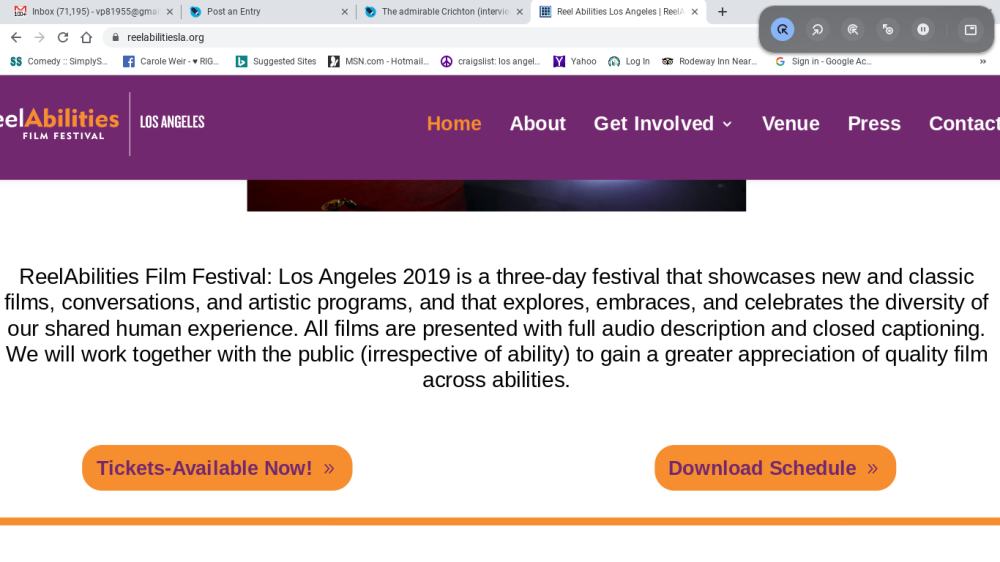 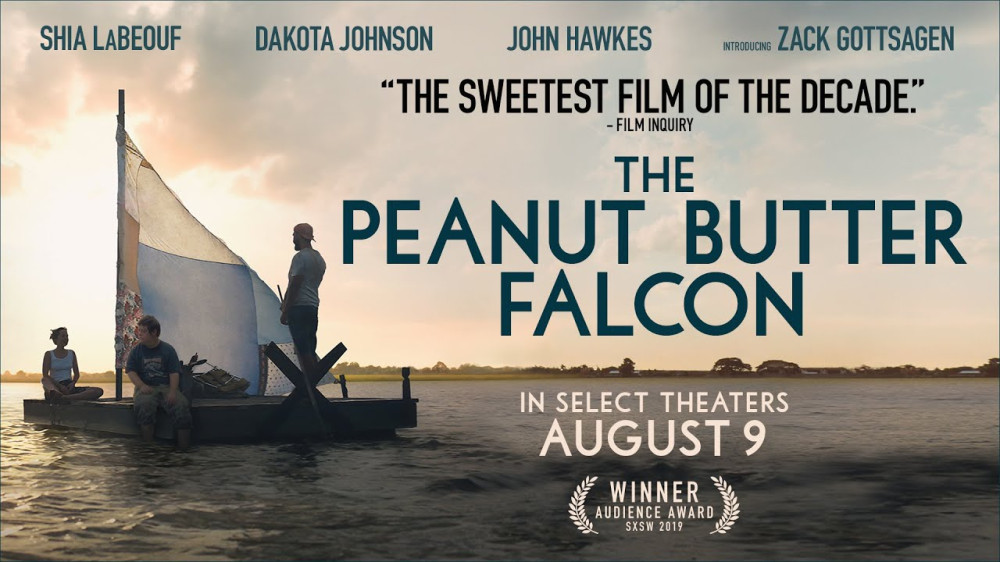 Day one includes "The Peanut Butter Falcon," whose protagonist is a young man with Down's syndrome (played by Zack Gottsagen, who has Down's in real life) who escapes from a residential nursing home to attend a professional wrestling school. The supporting cast includes Thomas Haden Church, Shia LaBeouf and Dakota Johnson. It's been well-received at film festivals.

Day two has five shorts from around the world whose actors have a variety of disabilities; a discussion of mental health; "The Drummer And The Keeper" (2017), an Irish feature whose leads have Asperger's syndrome and bipolar disorder; and finally Tod Browning's controversial 1932 classic "Freaks," whose sideshow characters have multiple disabilities. 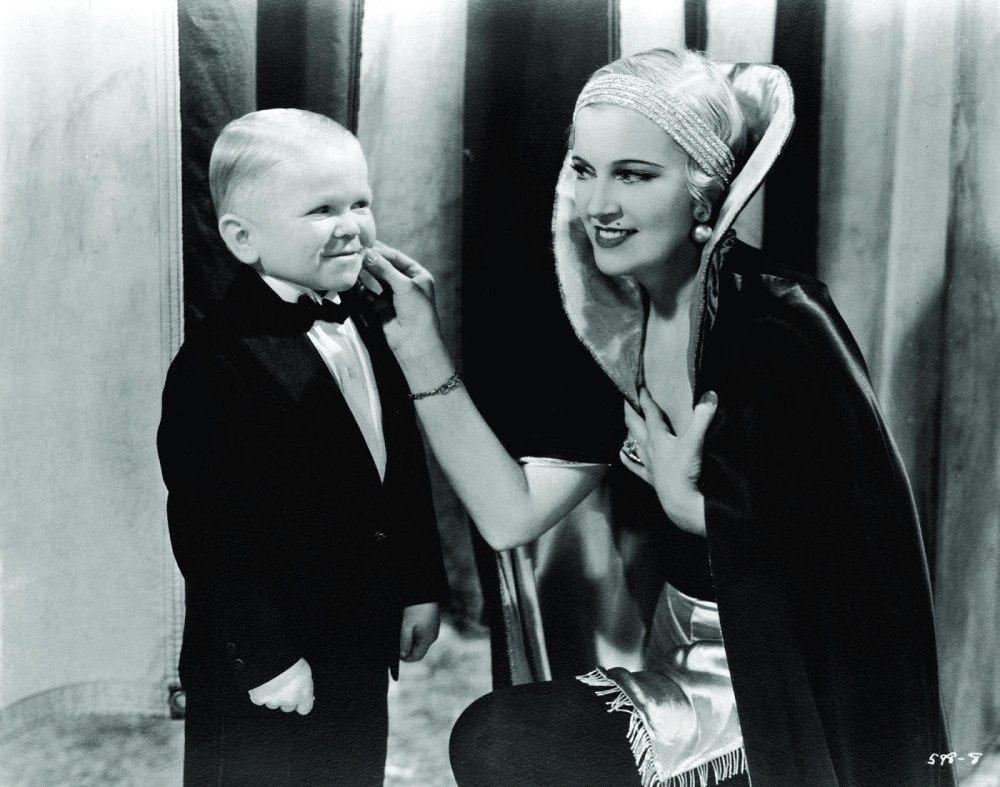 The day three card features the four winner of the Easter Seals Disability Film Challenge; the 2018 documentary "The R-Word," about public perception of mental disabilities; and "Chained For Life," a 2019 American film about a beautiful actress and her disfigured co-star.

For information on tickets, visit https://www.eventbrite.com/e/reelabilities-film-festival-los-angeles-2019-tickets-73471694817?ref=ebtnebtckt.

Tomorrow, I'll be in Culver City, attending a similar event, albeit performed on stage, not film. 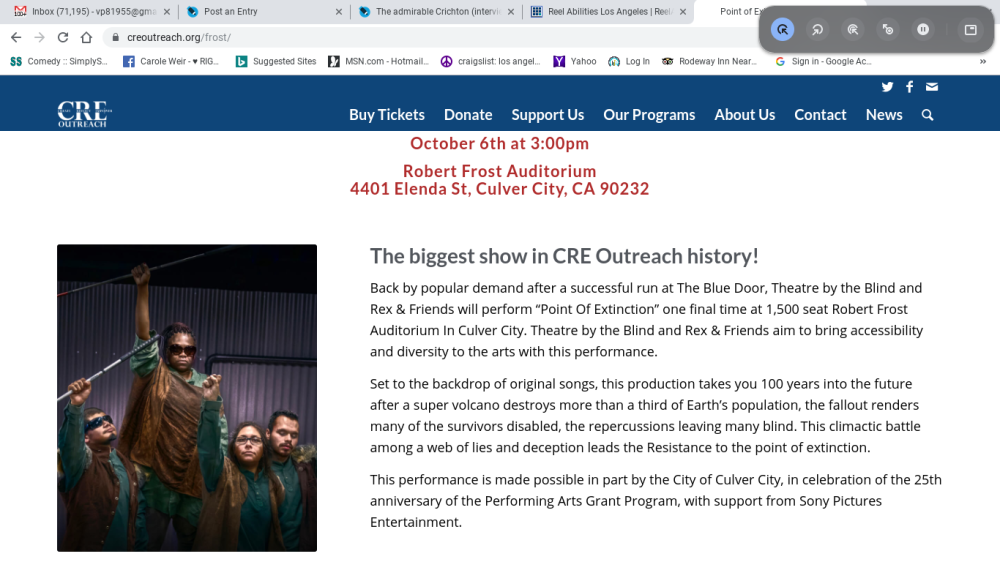 The play "Point of Extinction" will be performed by Theatre By the Blind, and will include original songs. For tickets, go to https://app.arts-people.com/index.php?actions=4&p=1.
Collapse