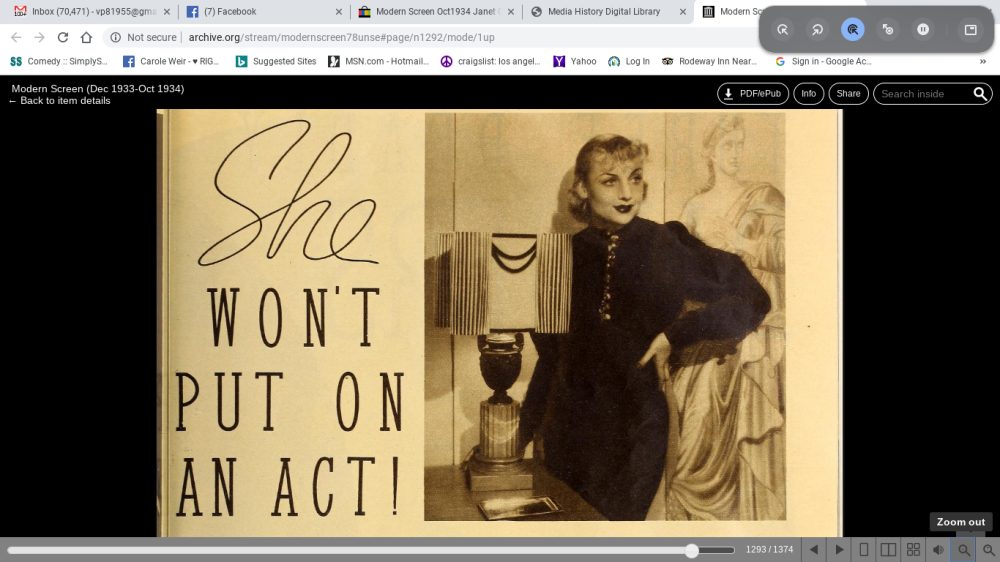 No, Carole Lombard didn't put on an act, and not only was that part of her style, it's one reason her popularity endures some 85 years after this Modern Screen story about her hit newsstands: 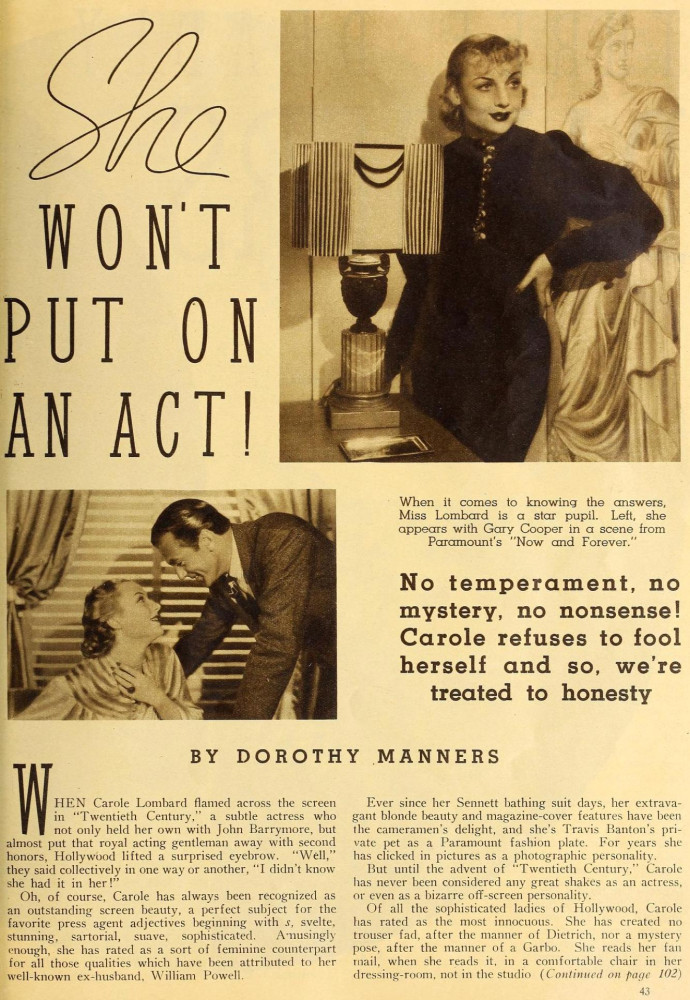 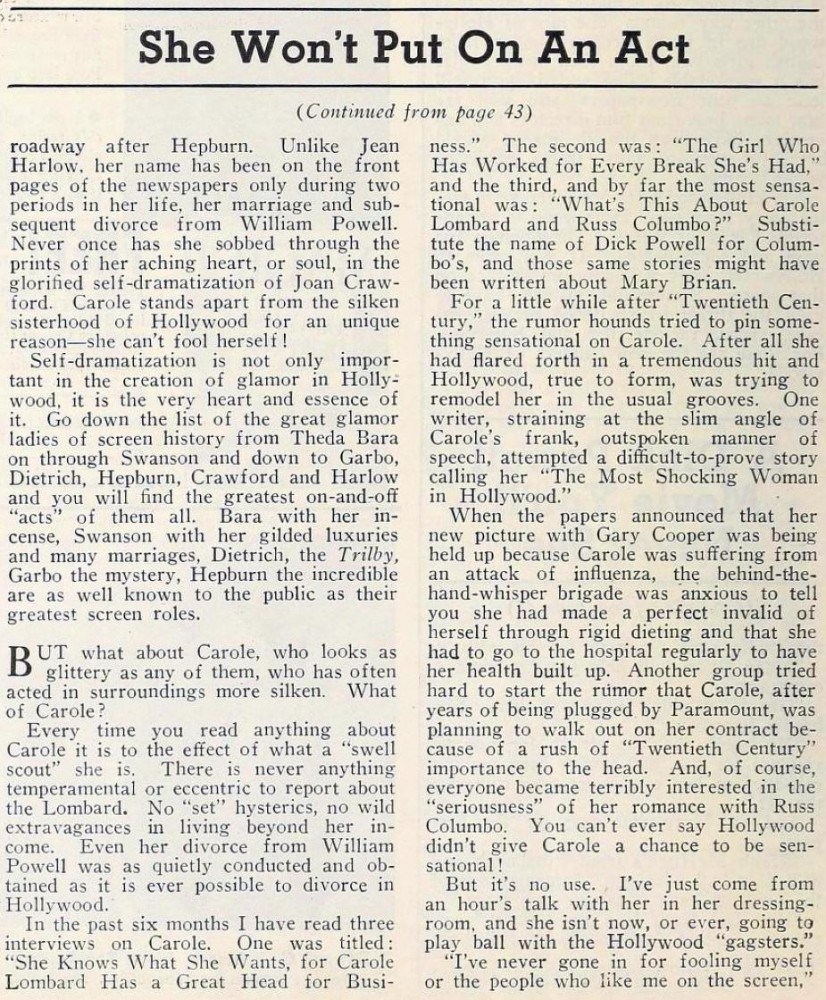 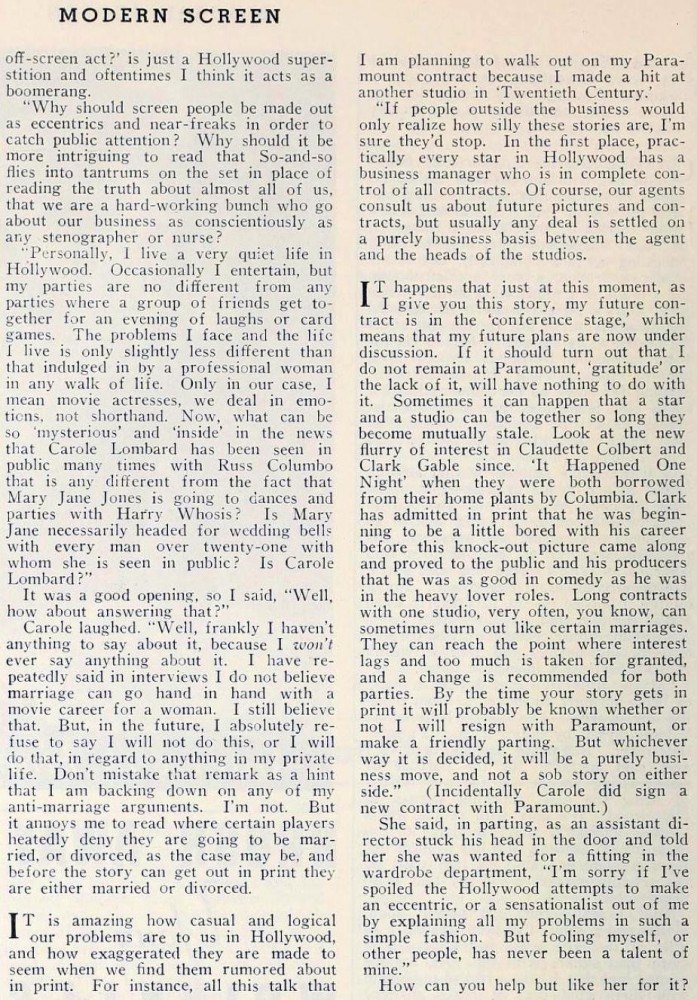 Lombard's lack of pretense made her popular with both the entertainment community and the filmgoing public, even before they were sold on her skills as actress. We wrote about this October 1934 issue of the magazine nearly five years ago (https://carole-and-co.livejournal.com/733762.html), and now it's up for auction again at eBay.

Janet Gaynor, who like Lombard shares an Oct. 6 birthday, was the cover subject... 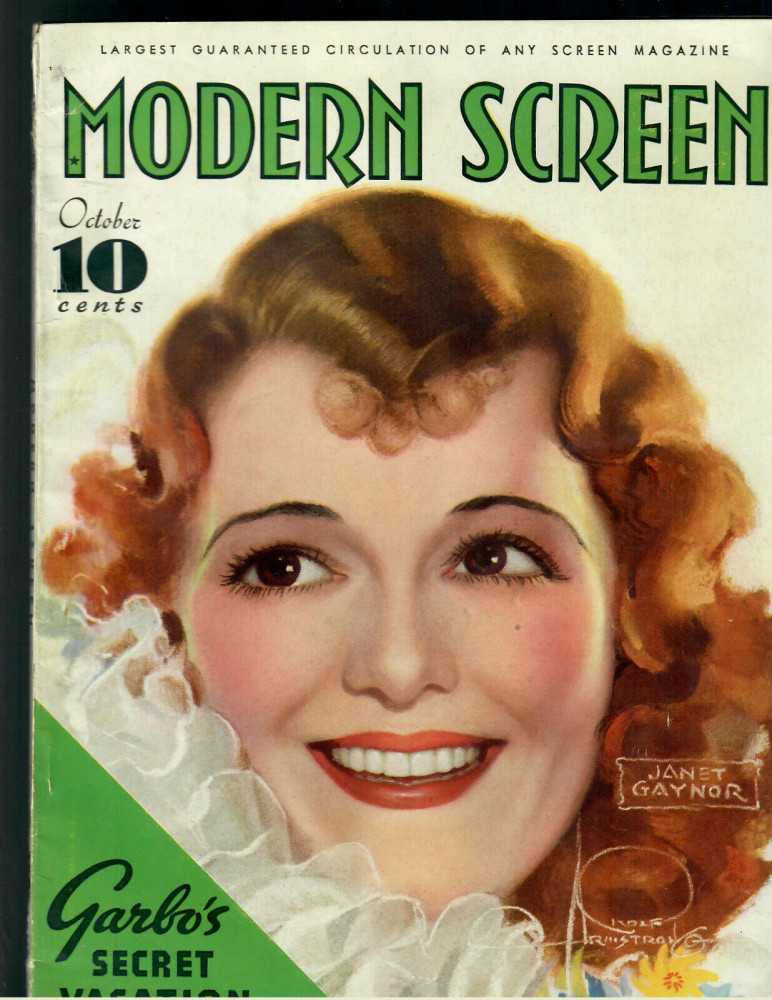 ...while the table of contents lists some fascinating features inside: 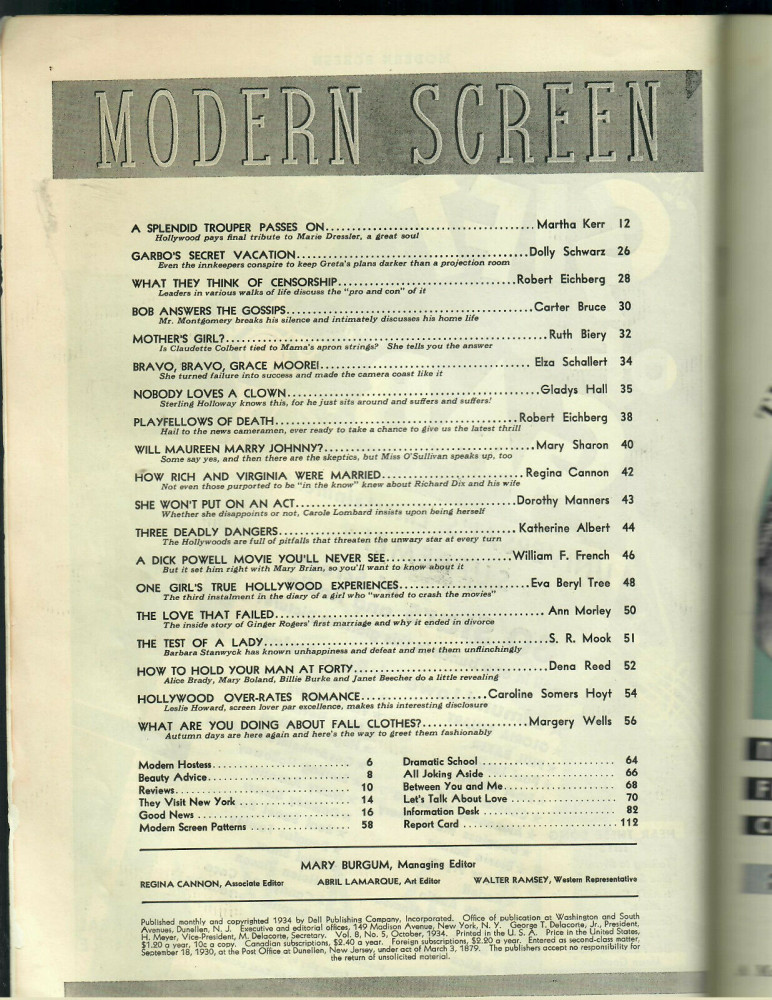 One of those features, "Dramatic School," lists daytime and evening makeup preferences for more than 20 actresses, including Carole:

There's lots of other Lombard items, too, providing a nice snapshot of filmland just after the Production Code had been strictly imposed.

The magazine is listed in "very good" condition (some dark spots on the cover). Bids begin at $10, with the auction set to close at 3:45 p.m. (Eastern) Friday. If you're a classic Hollywood or Carole collector, this should be of interest. Bid or simply find out more at https://www.ebay.com/itm/Modern-Screen-Oct1934-Janet-Gaynor-Cover-Richard-Dix-Carole-Lombard-Greta-Garbo/254372281631?hash=item3b39c4fd1f:g:ew0AAOSwjVRdjmZm.
Collapse