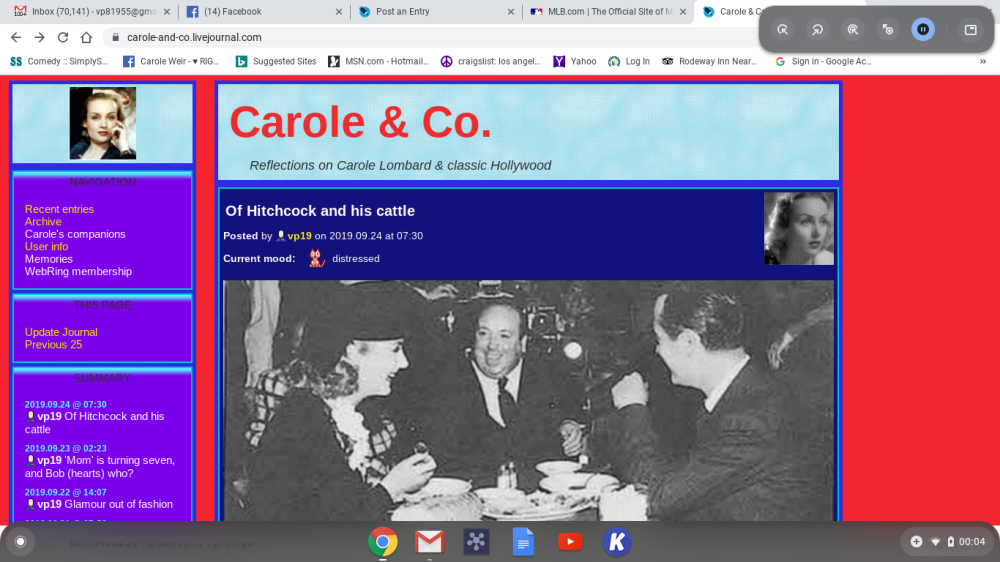 Like any good blogger, I promote my product. And while Carole & Co. has been up since June 13, 2007, many Carole Lombard fans still aren't aware of it. (I have more than 1,450 Facebook friends, and another 200-plus members through LiveJournal.) So I hype the site through business cards.

But now I have another business -- my work as a screenwriter. I've completed two feature comedy screenplays, am working on a third and just collaborated on a fourth. I've promoted my availability for assignments in the past, but now I've decided to use business cards for specific work.

Recently, I ordered new business cards to serve both sides of me. First, the side you know from this site... 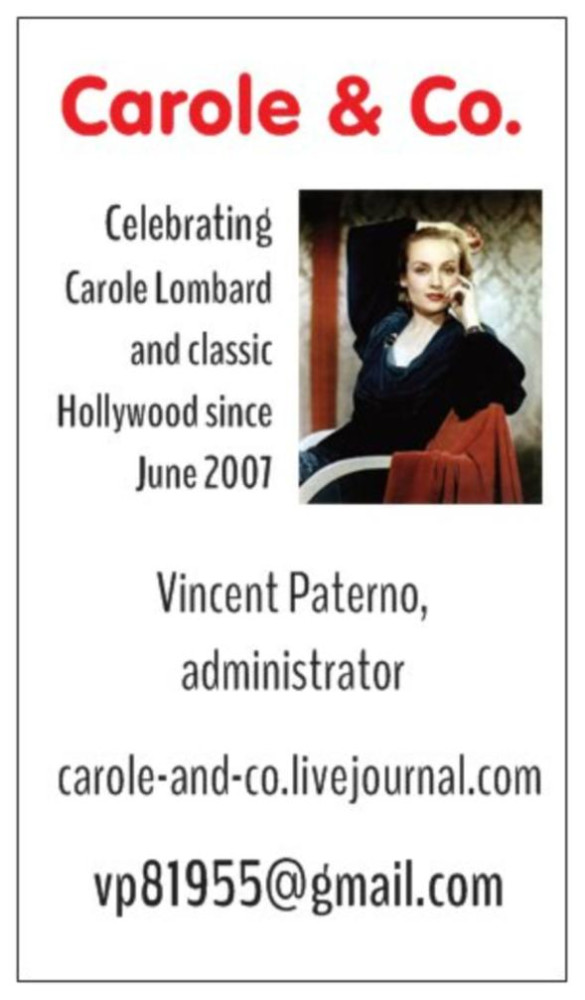 Those of you who recall the earlier Carole & Co. calling card can detect two significant differences: The card is vertical, not horizontal, with a white rather than black background. Aside from that, it's similar.

The flip side promotes what I currently consider my most saleable screenwriting project, the romantic comedy script "Stand Tall!" Since a business card effectively shrinks larger-than-life leading lady Colleen Cossitt (who's 16-foot-1 1/8 for about two-thirds of the story) to a few inches, I altered the one-sheet design a bit to make it more striking. Here's the result, as Colleen embraces six-foot scientist sweetheart Keswick Fletcher: 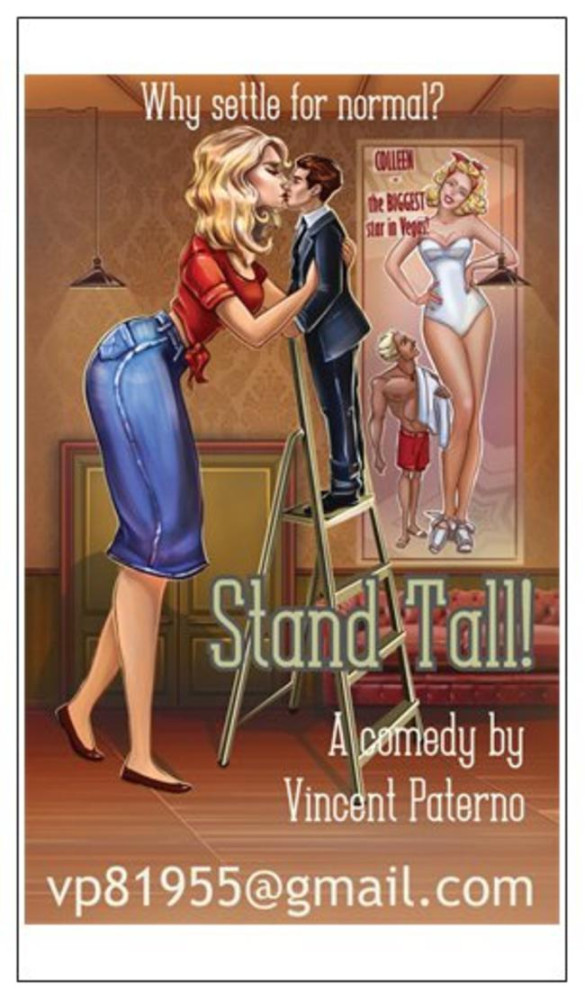 Incidentally, the subject line above cites a line early in the script, where an old high school flame of the then 5-foot-4 3/8 Colleen, whom he plans to see after arriving in Las Vegas, nostalgically refers to her as "my little blonde goddess." Is he in for a surprise! (The tagline at the top of the card -- "Why settle for normal?" -- also is part of the dialogue.)

In the near future, I'll also create a promotional business card for my other completed screenplay, the thriller/rom-com "Fugitive Sweetheart." So if you see me a few weeks from now, when they should arrive, ask me for a card. I'll be happy to supply one.
Collapse