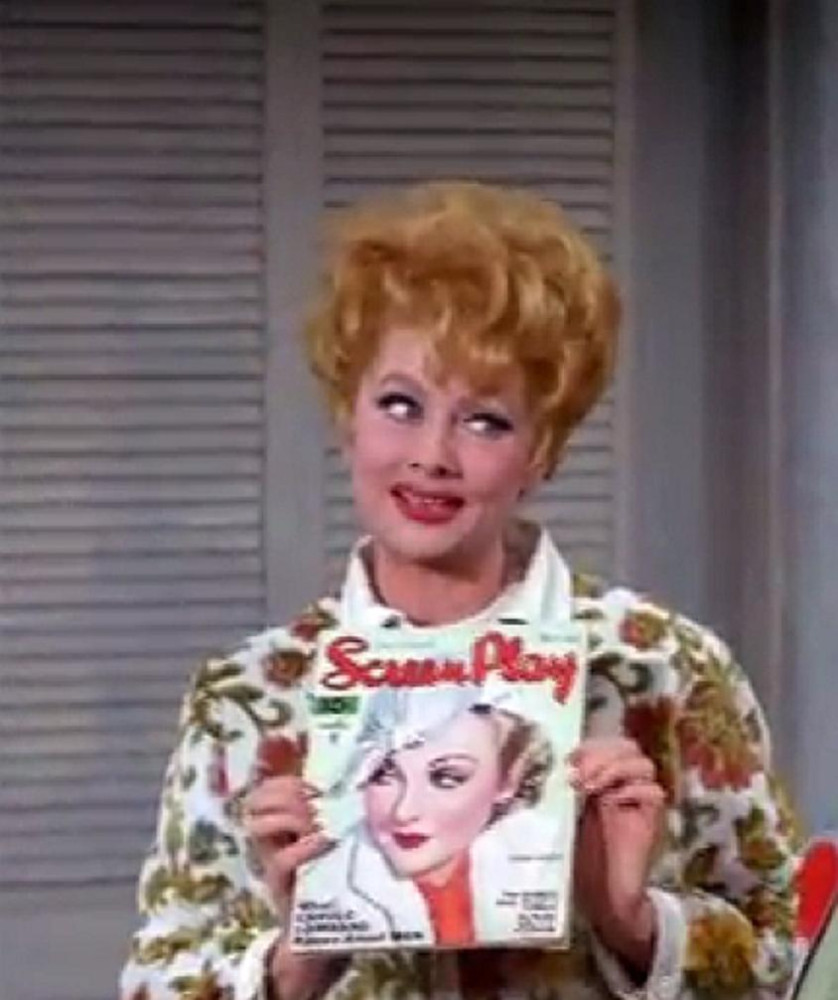 Had Carole Lombard lived into the post-World War II era, might she have pursued a career in the new medium of television, as her RKO stablemate Lucille Ball did to spectacular success? Both "Fireball" author Robert Matzen and I believe so; each of us conjecture the path she might've taken in TV (https://carole-and-co.livejournal.com/727816.html).

Now that the Emmys have been awarded, a new TV season is about to begin, and my favorite TV genre is one that's received short shrift from Emmy in recent years -- the multi-camera sitcom. (Heck, the awards have ignored nearly all traditional network fare for some time now.) There's nothing like a well-written comedy filmed before an audience, an environment that spurs on many actors; I know firsthand from attending episodes of several series.

One of TV's most successful multi-cam creators is Chuck Lorre, whose hits include "Dharma & Greg," "Two And A Half Men" and the recently concluded "The Big Bang Theory." Two of his series elicit special interest from me this week. 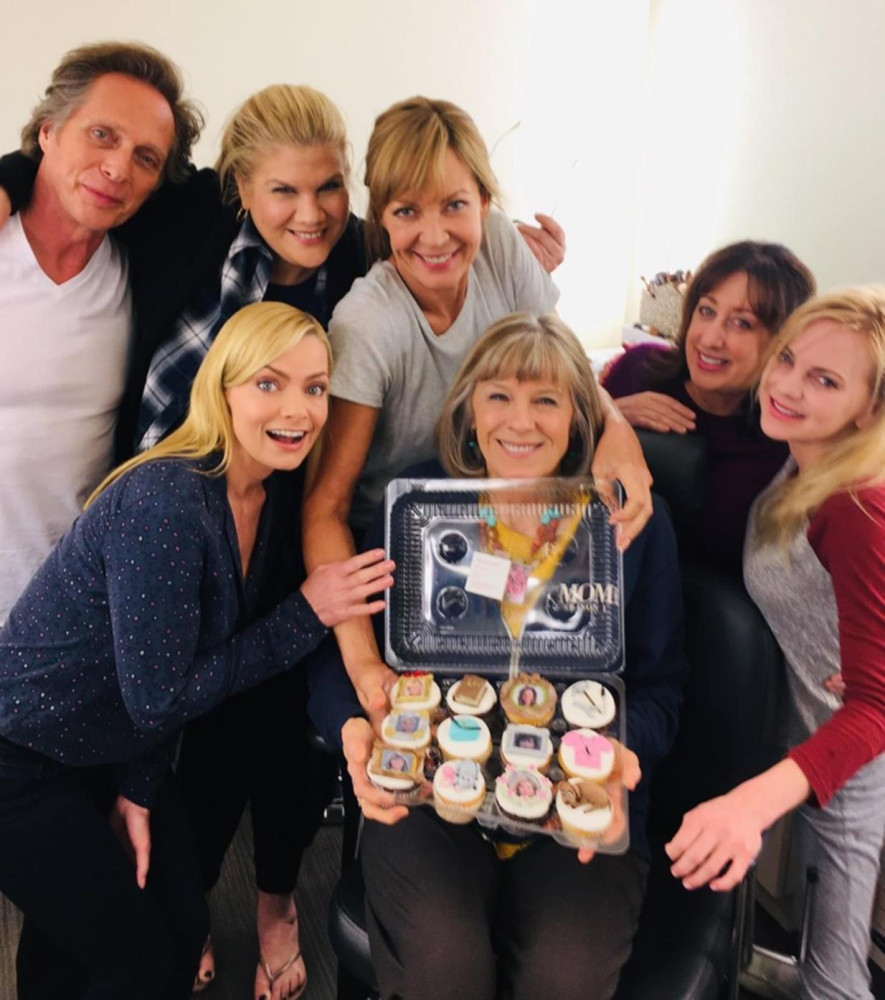 Over the years, I've made no secret of my fondness for "Mom," the terrific sitcom about a mother and daughter in recovery and their support-group buddies. It enters its seventh season this Thursday (CBS, 9/8c), already assured of an eighth season in 2020-2021. (It's now the oldest of all CBS sitcoms.) For longtime fans who remember how "Mom" barely survived its freshman year, it's still a blessing.

This season, Kristen Johnston -- who herself is in recovery, something she has written about -- becomes a full-fledged cast member as Tammy, a former alcoholic trying to find herself after her release from prison. But don't worry, her character is funny (as is the rest of the cast, headed by Anna Faris as Christy and Allison Janney as her mother Bonnie).

With an elite corps of sitcom writers, "Mom" can be side-splittingly funny, but every now and then will throw you an emotional curve. Here's the cast at a table read, with writers and producers at the end of the long table: 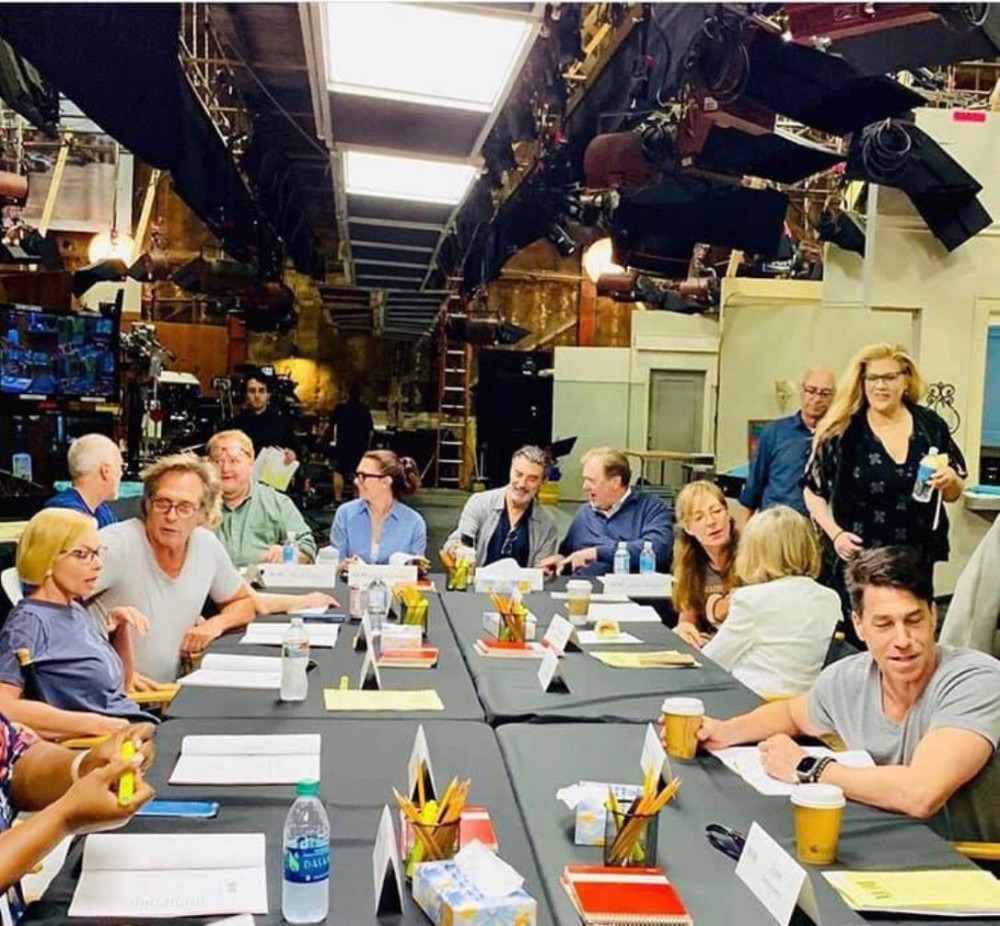 Tonight, a new Lorre series premieres (CBS, 8:30/7:30c), "Bob (Hearts) Abishola." What? Well, Bob (Billy Gardell, the Mike of Lorre's "Mike & Molly") is a Detroit compression sock manufacturer who has a heart attack and is cared back to health by Abishola (Folake Olowofoyeku), a Nigerian immigrant raising her young son in this new land. He's smitten by her no-nonsense attitude and pursues her. 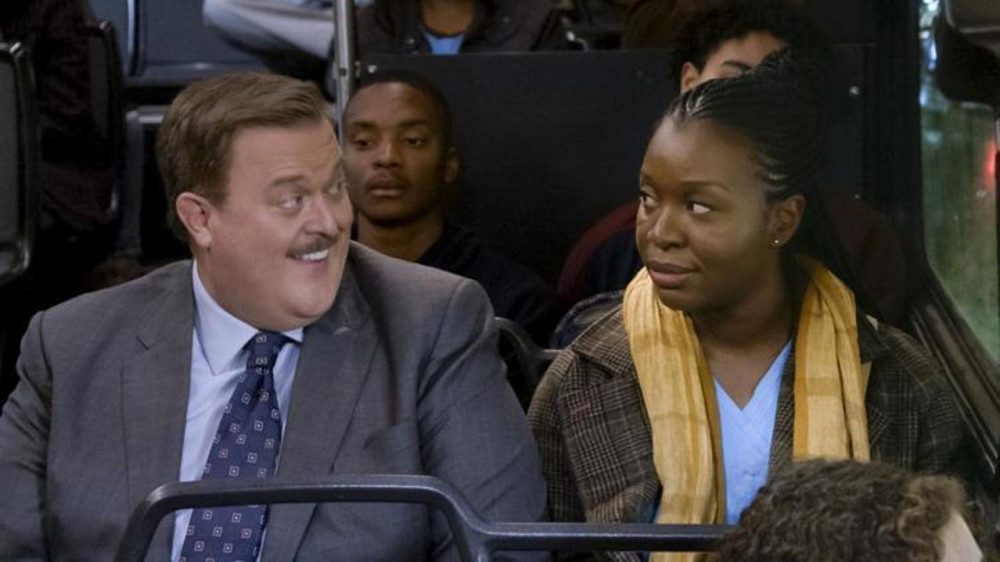 It's a romantic comedy with both interracial and cross-cultural overtones. But at a television critics' convention this summer, Lorre said while the show isn't expressly political, it salutes American immigrants of all ethnicities. He wore an "IMAG" hat at the gathering, which he said stands for "immigrants make America great." 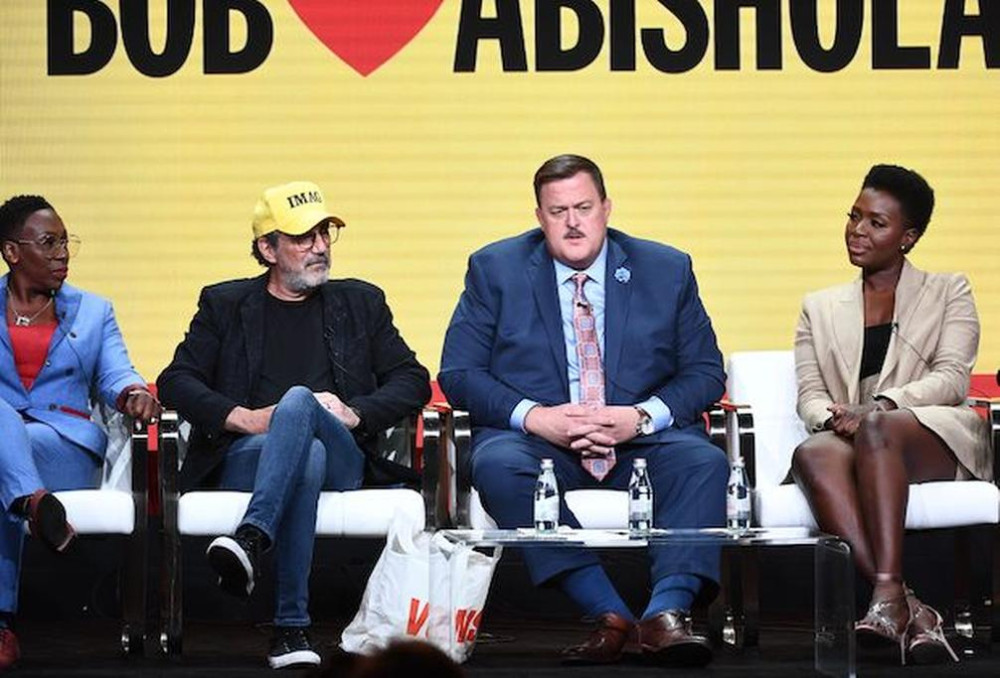 Lorre (second from left with co-creator Gina Yashere, Gardell and Olowofoyeku) said, "People come here and work their asses off. That's a story worth telling. ... We're all the children, grandchildren, great-grandchildren of immigrants." (OK, some Native Americans might dispute that statement.) Yashere, who also has a supporting role on the show, is of Nigerian descent, but was born and raised in Great Britain, where she became a noted stand-up comic.

(A note to "Mom" fans: Matt L. Jones, who played Christy's ex Baxter on its first few seasons, has a supporting role in this series. Get in good with Lorre, and you'll get plenty of work.)

Will this premise with promise win viewers? We'll have to see. Lorre has lots of clout at CBS, though the absence of "The Big Bang Theory" may weaken his status at the network a bit. For now, I'll be watching.
Collapse