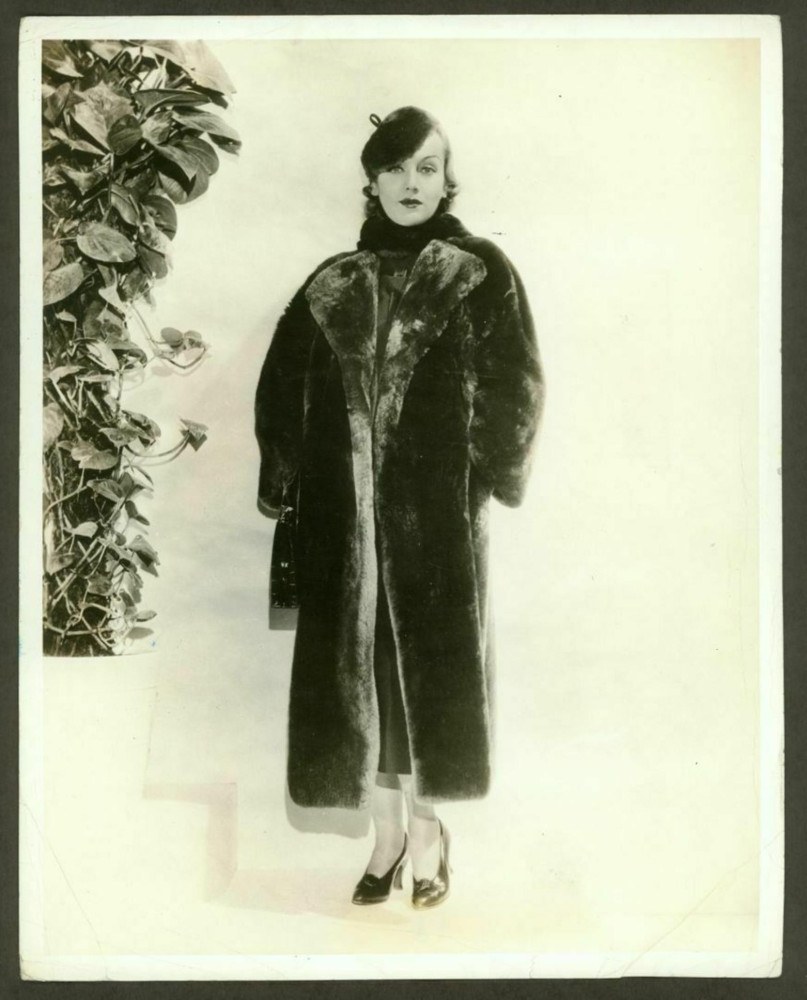 We often note how timeless Carole Lombard was, and that's accurate; in many ways, her sensibilities are remarkably modern. At the same time, we must admit that a Lombard born in the late 1980s or early '90s would probably have a mindset far removed from her actual self. Growing up with substantially different values, how could she not?

A 2019 Lombard almost certainly wouldn't smoke, for instance, especially if she exhibited the same active, athletic lifestyle as the actual original. And unlike what we see above, her fondness for animals probably would prevent her from wearing fur. California recently voted to ban the sale of new fur products (https://www.latimes.com/california/story/2019-09-11/fur-sale-ban-california-passes-legislature). Our imaginary contemporary Carole probably would favor the move.

What sort of fur is it? We learn from a snipe on the back side: 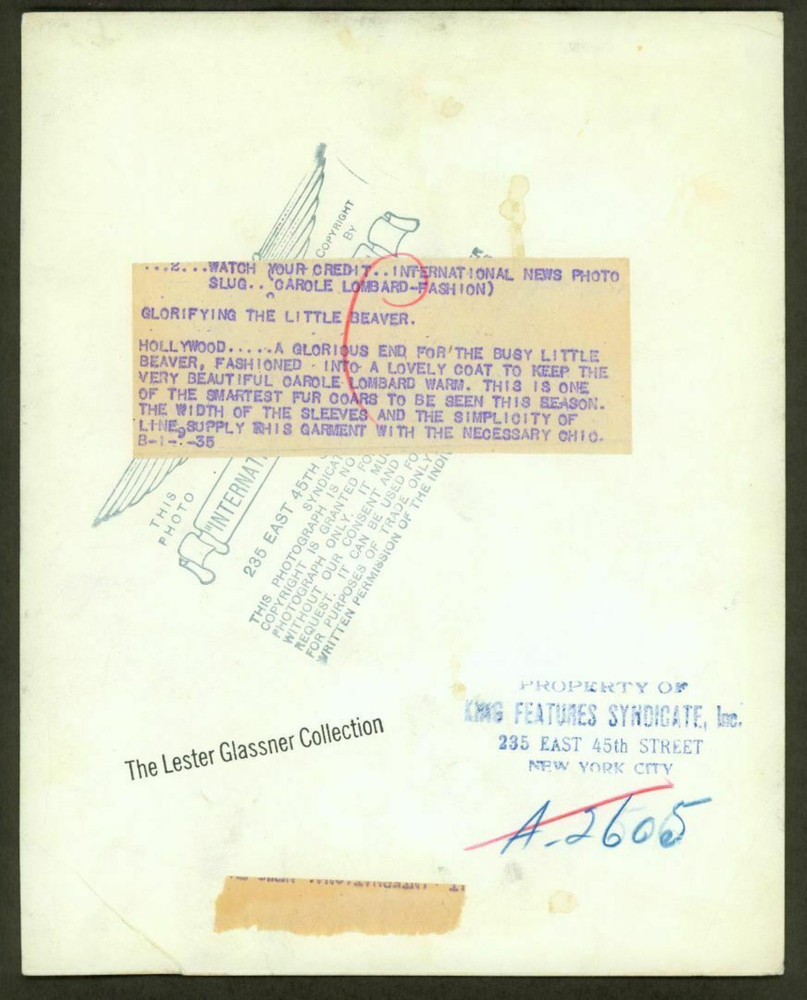 The animal who met its demise (which it probably wouldn't consider "glorious") was that industrious creature, the beaver. Can't read it? Here's a close-up for proof: 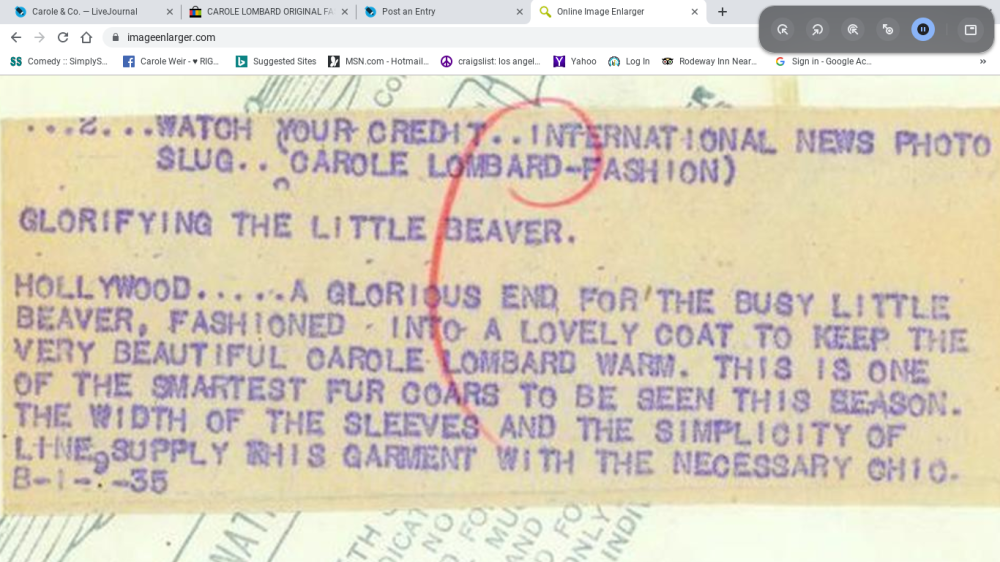 The photo looks to be from 1935, meaning if Lombard were of similar age today, she'd have been born in 1992 or 1993. It's from Hearst's International News Service and the King Features Syndicate.

Would a 2019 version of Carole show any historical interest in such photos, or would she recoil at the thought of even collecting them? The mind reels at the possibilities.
Collapse