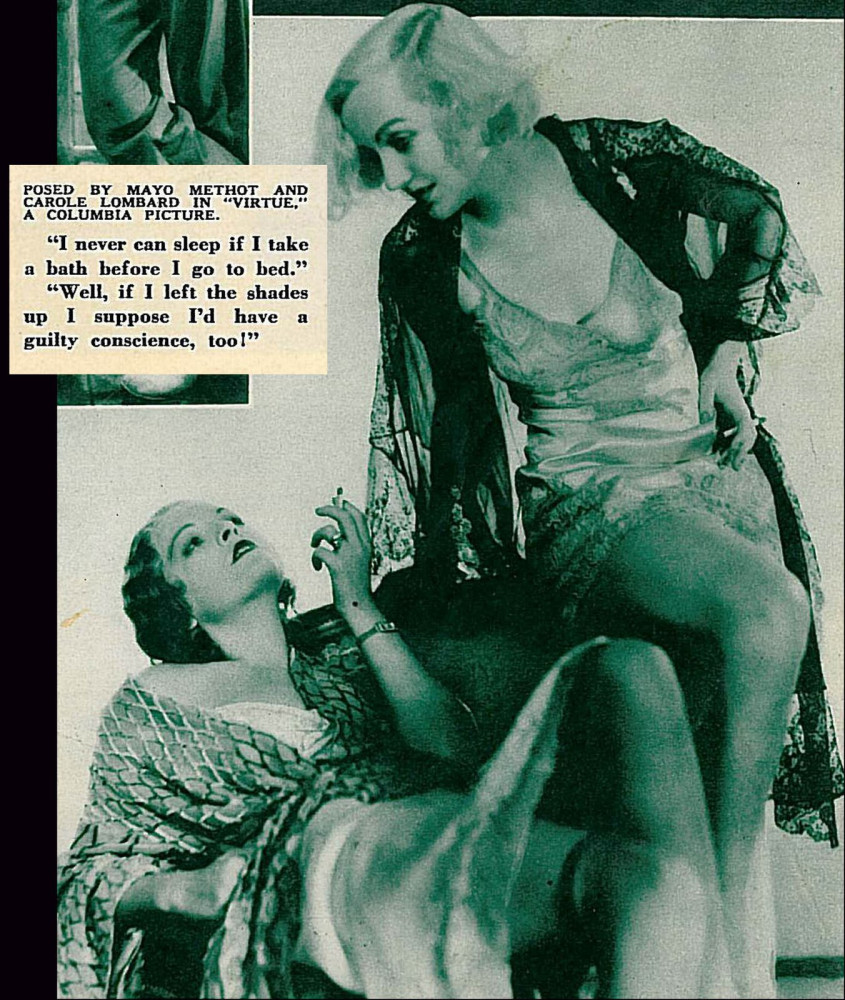 Carole Lombard is pictured with castmate Mayo Methot in this Columbia publicity still from 1932's "Virtue" (to be honest, I don't recall this scene in the film). It ran in an issue of Film Fun, a rather racy magazine appealing to men who liked to see women in their underthings -- and let's face it, many men do. (They might have rather seen them with nothing on, but Playboy was two decades in the future.) Below, the cover of its October 1932 issue: 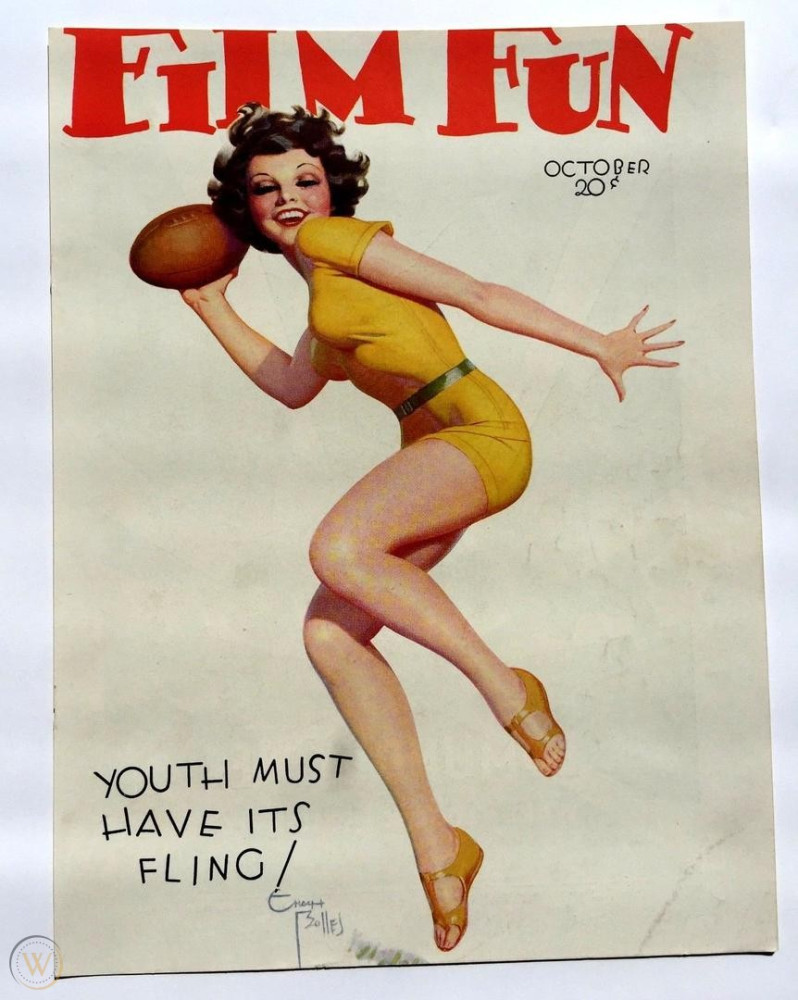 Just as Playboy inspired Penthouse, Oui and many imitators, so did other ladmags try to follow in the footsteps of Film Fun. One was called Movie Humor, and here's what its November 1934 cover looked like: The film industry was several months into strict enforcement of the Production Code, meaning gals in scanties were no longer visible on the big screen. But that didn't mean you couldn't show off their figures in print.

And was Carole Lombard included? You can guess the answer: 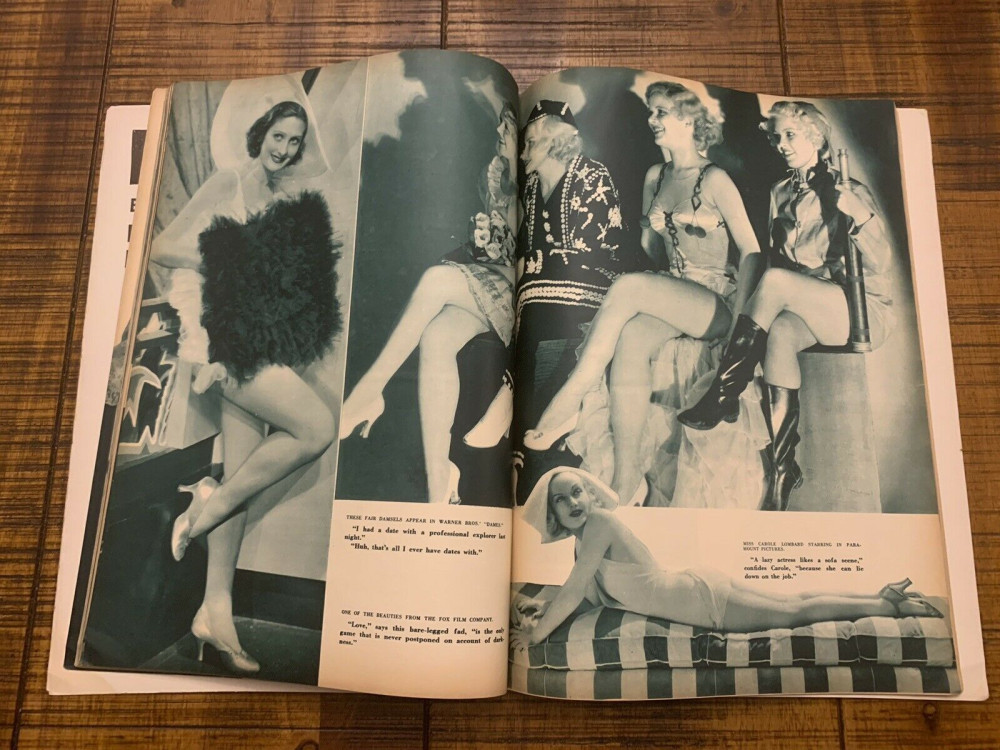 There she is in a white swimsuit in the lower right corner, given a "quote." But that's not the only place you'll find Carole in this issue. Two pics of Carole on the left, one relatively sedate still with Gary Cooper from "Now And Forever," the other in a dark swimsuit (alas, her face is obscured).

Some other pages from this issue: 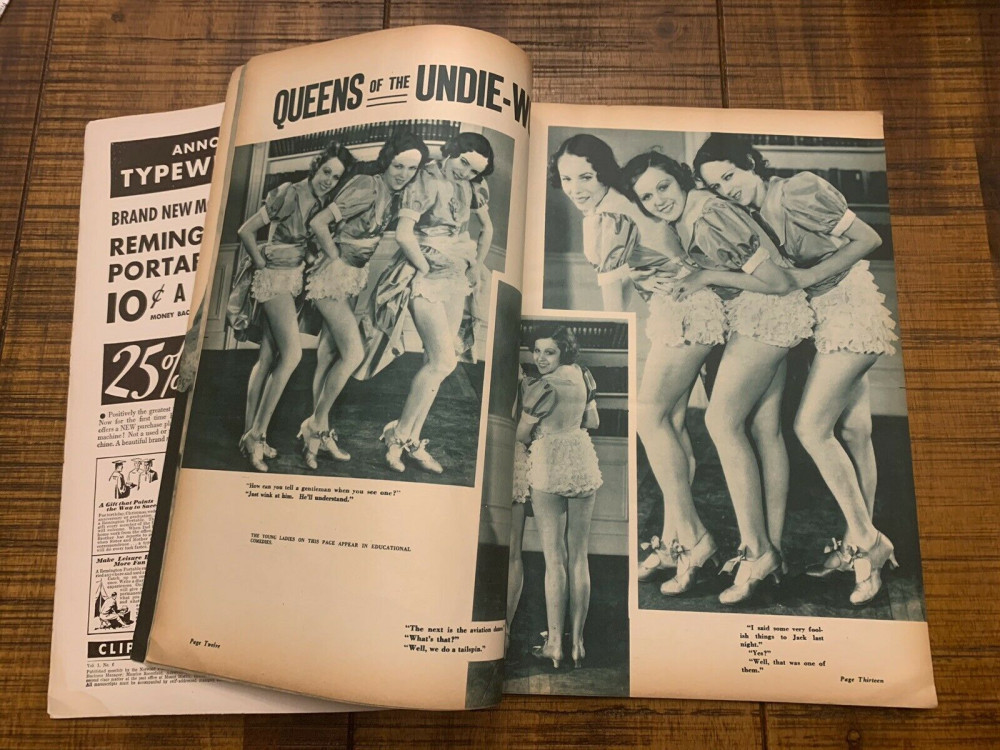 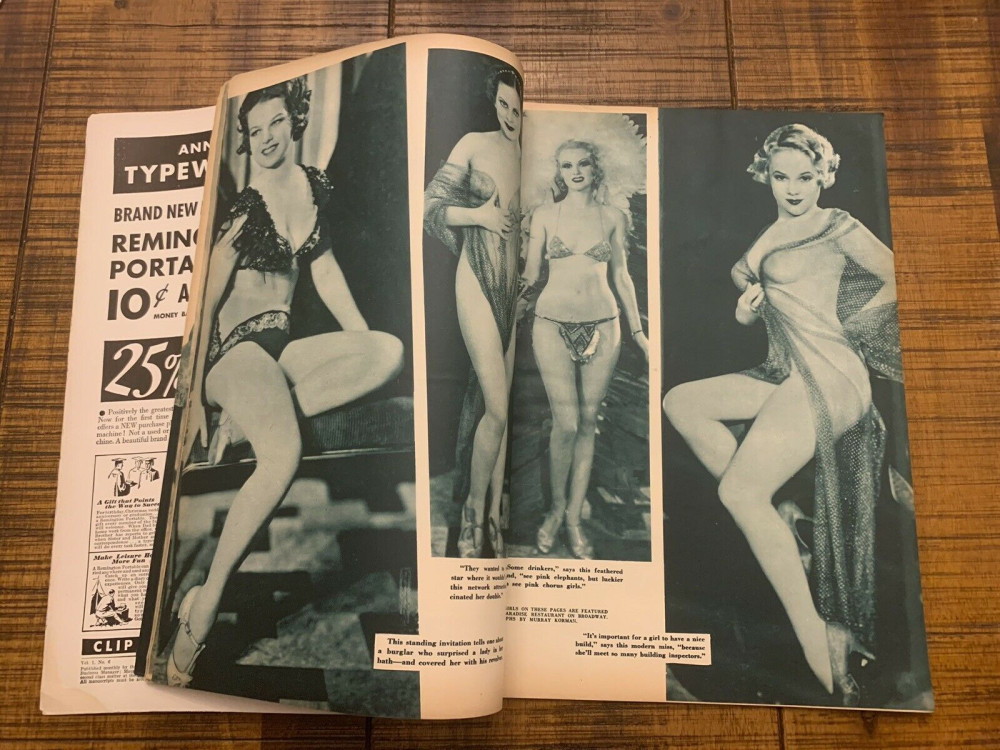 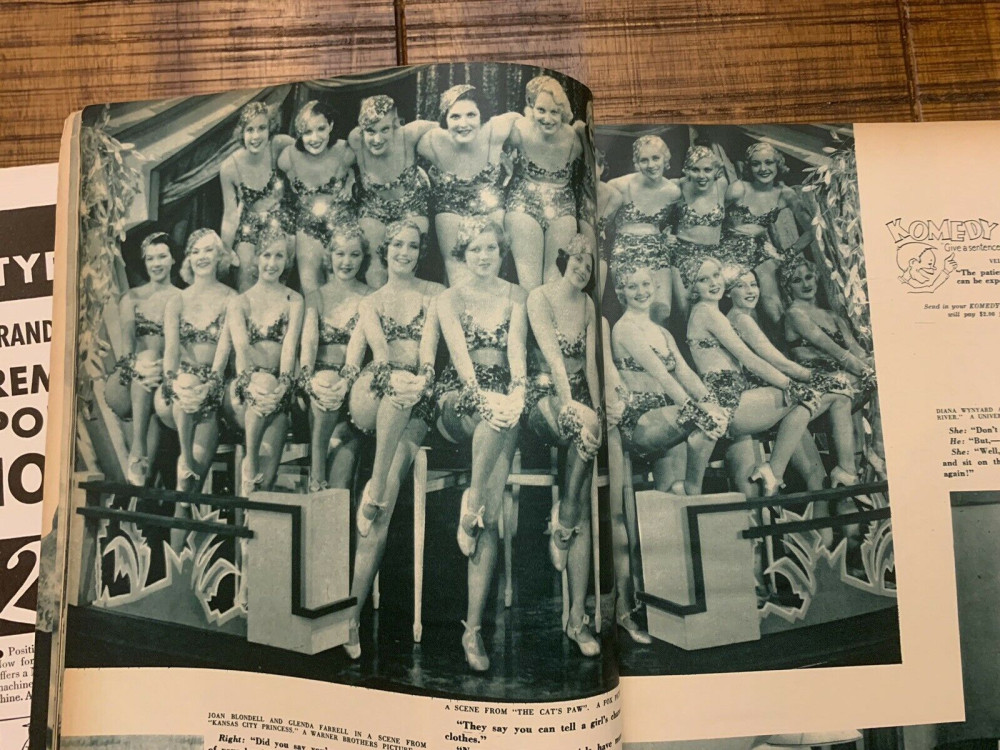 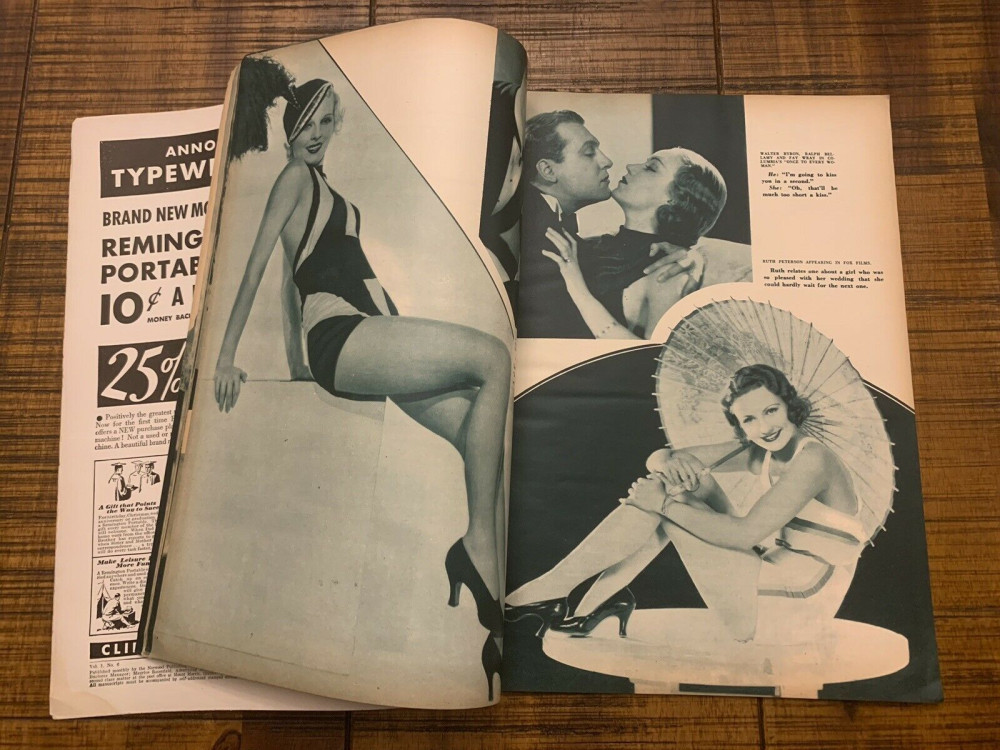 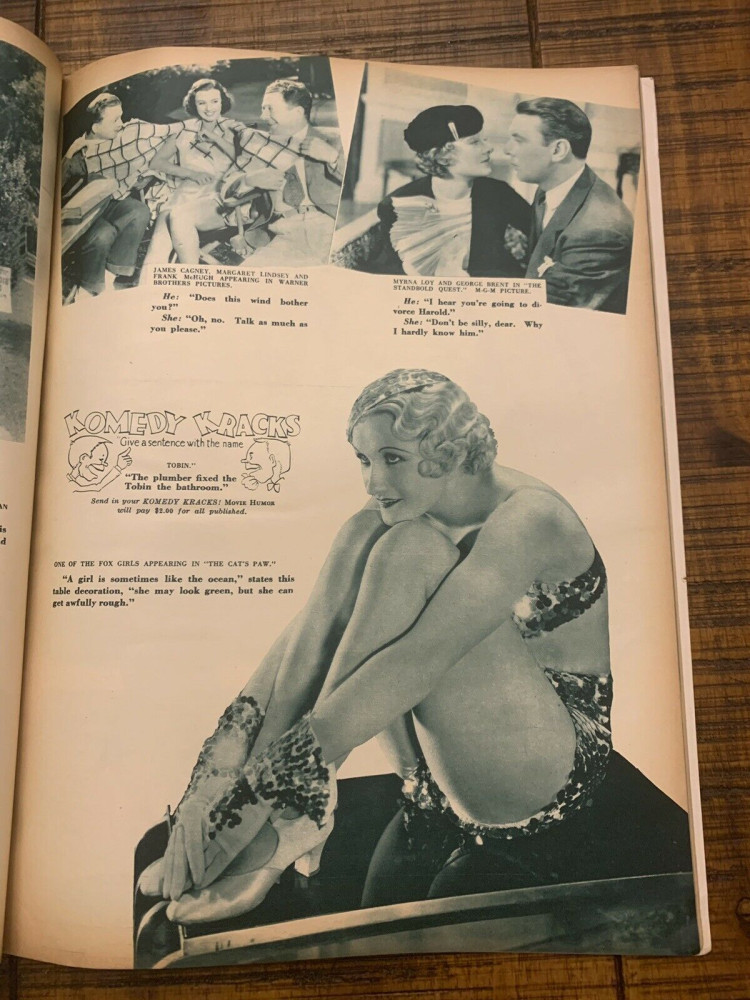 (Why am I thinking of the Who's "Pictures Of Lily" as I type this entry?)

This overall is in good condition with some wear, according to the seller. Bidding begins at $10.95, with the auction scheduled to end a week from Sunday at 10:37 p.m. (Eastern). To bid or simply learn more, visit https://www.ebay.com/itm/Nov-1934-Movie-Humor-Hollywood-Girls-Gags-Carole-Lombard-Models-Sample-Copy/254356025530?hash=item3b38ccf0ba:g:d68AAOSwQVZdeEHR.
Collapse