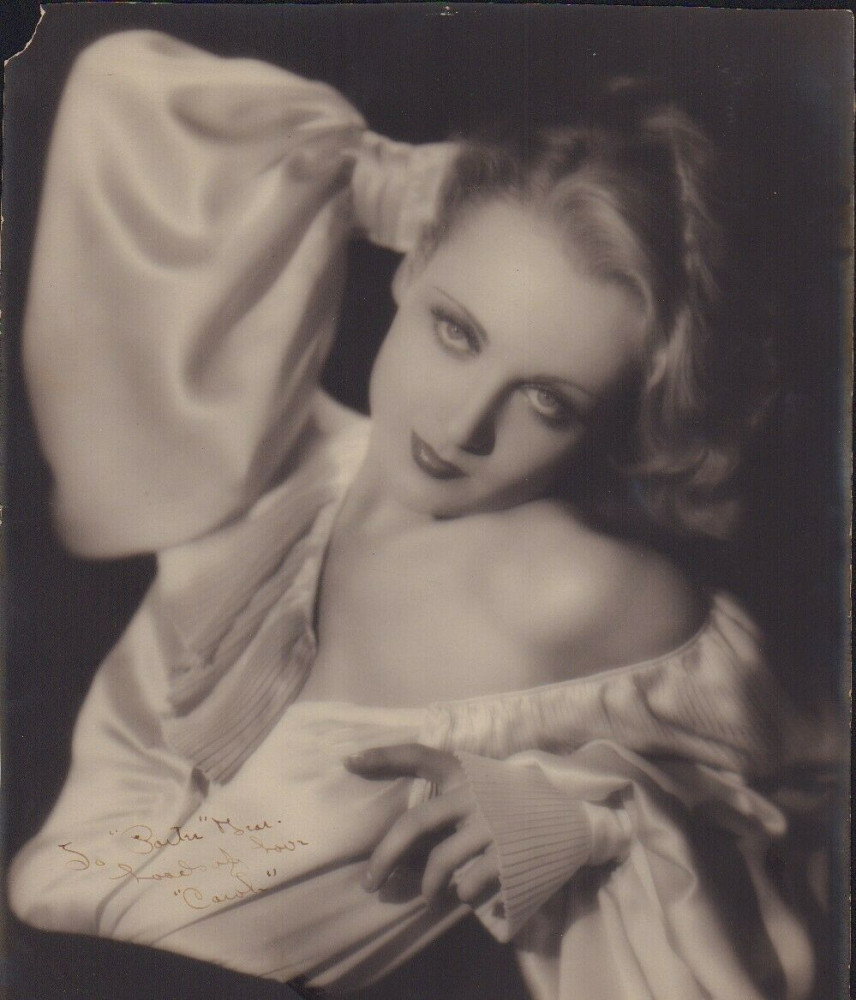 Every star actress treasures her hairdresser, and Carole Lombard was no exception. As proof. note this 11" x 14" autographed photo she signed to hers, someone named "Porter" -- specifically it reads, "To Porter Dear Loads of My Love Carole." (This Porter apparently did the hair of many other notables over the years, including Marilyn Monroe. Any info on him, Michelle Morgan?)

Taken from Porter's scrapbook, a small chip is missing from the upper left-hand corner. While the photo itself isn't authenticated, I've seen enough Lombard signatures to believe it's genuine. Moreover, the seller, "photosframesandmore," adds this: "ANY registered UACC [Universal Autograph Collectors Club] dealer who disputes authenticity we shall cheerfully refund." "Photosframesandmore" is not on UACC's list of sellers to be avoided for potentially fraudulent autographs (http://uacc.org/advisory.php).

Three bids, the highest at $205, have been made as of this writing. As the auction isn't slated to end until Wednesday afternoon, a four-figure sale isn't out of the question. Would you like to get in on the action, or simply are curious? Then visit https://www.ebay.com/itm/Carole-Lombard-11x14-heavyweight-INCREDIBLE-signed-autographed-photograph/153631328078?hash=item23c524074e:g:ifwAAOSw5FRdcCnd.

After all, who can deny the power of beautiful hair? Certainly not Carole (https://vintagemakeupguide.com/2015/05/1930s-hair-and-make-up-tricks-of-the-stars/).