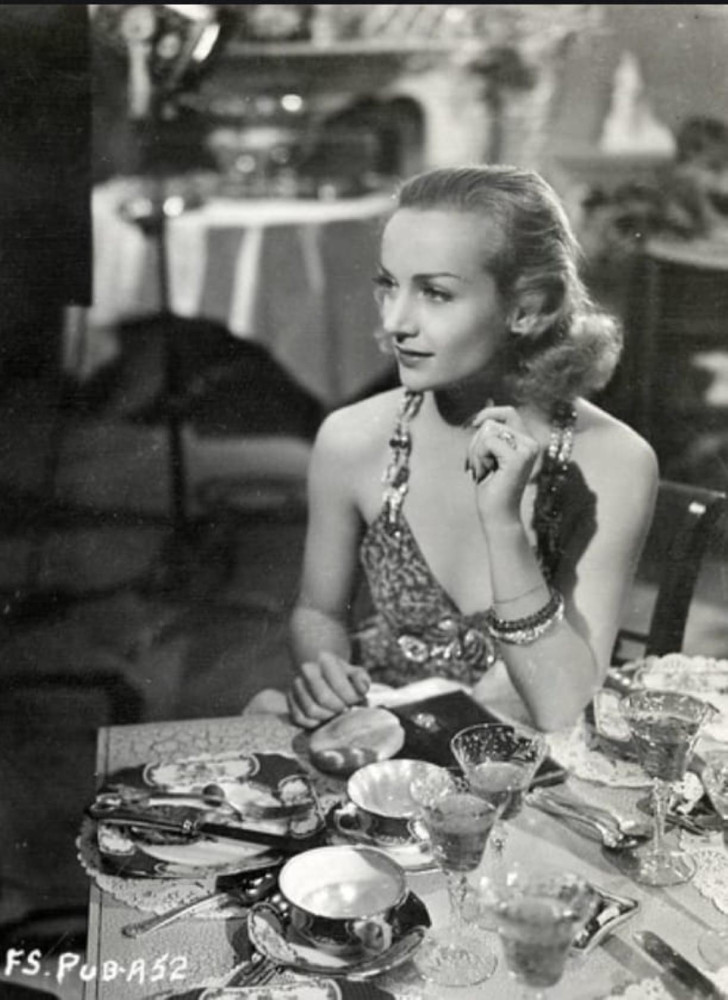 It's been a while since we've contemplated Carole Lombard's lone film for Warners, the 1938 comedy "Fools For Scandal." This vehicle essentially ran like a jalopy, made at a studio with no real feel for the specifics of screwball comedy and a lead character for whom one never developed any sympathy. There are some good supporting players -- Ralph Bellamy, Marie Wilson -- but they're not really given enough to work with.

The result? Carole entered 1938 perhaps the hottest actress in the industry, with not one but two hits in theaters -- Selznick's Technicolor "Nothing Sacred" and what would be her Paramount finale, "True Confession." By mid-year, she'd decided to go on hiatus from humor and focus on dramatic roles. Perhaps that would help land Lombard the Oscar she was denied for "My Man Godfrey."

But at least one good thing came out of "Fools For Scandal": This romantic shot of her and Belgian co-star Fernand Gravet: 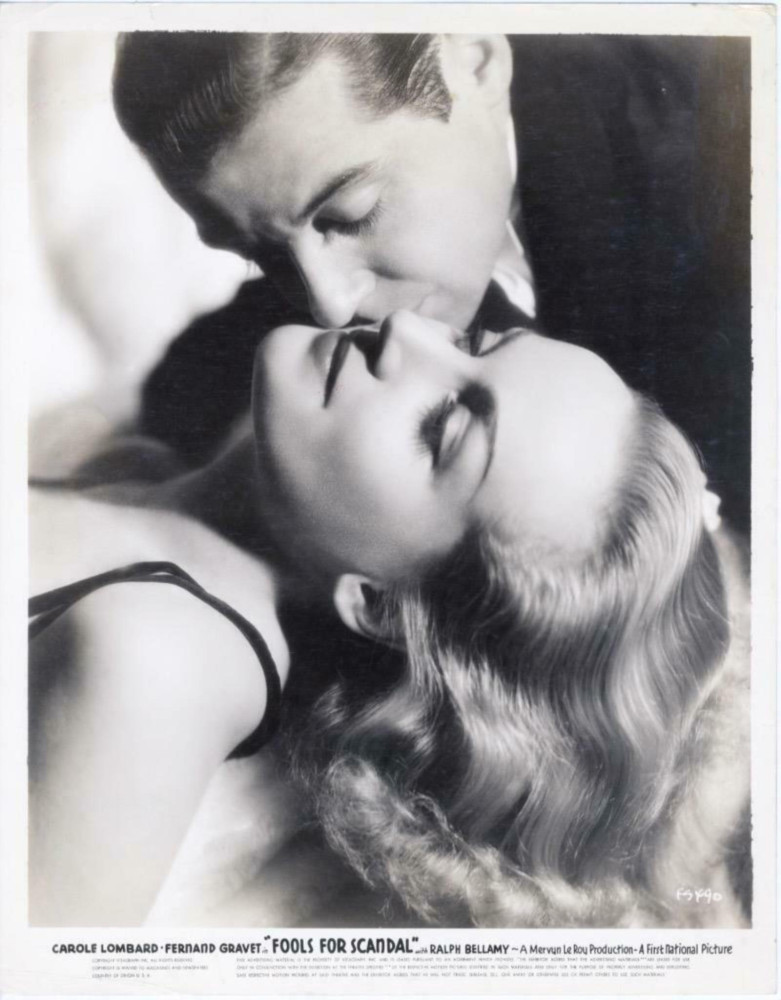 The seller calls it a "stunner," and I'd have to agree. It's an 8" x 10" silver gelatin original in very good+ condition.