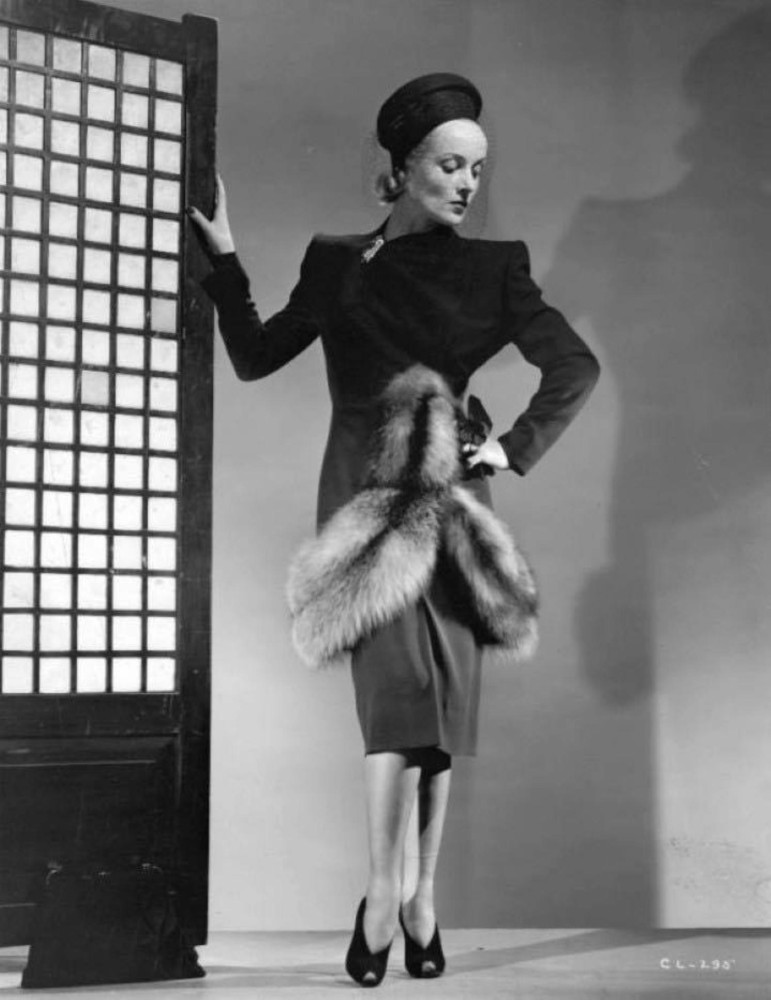 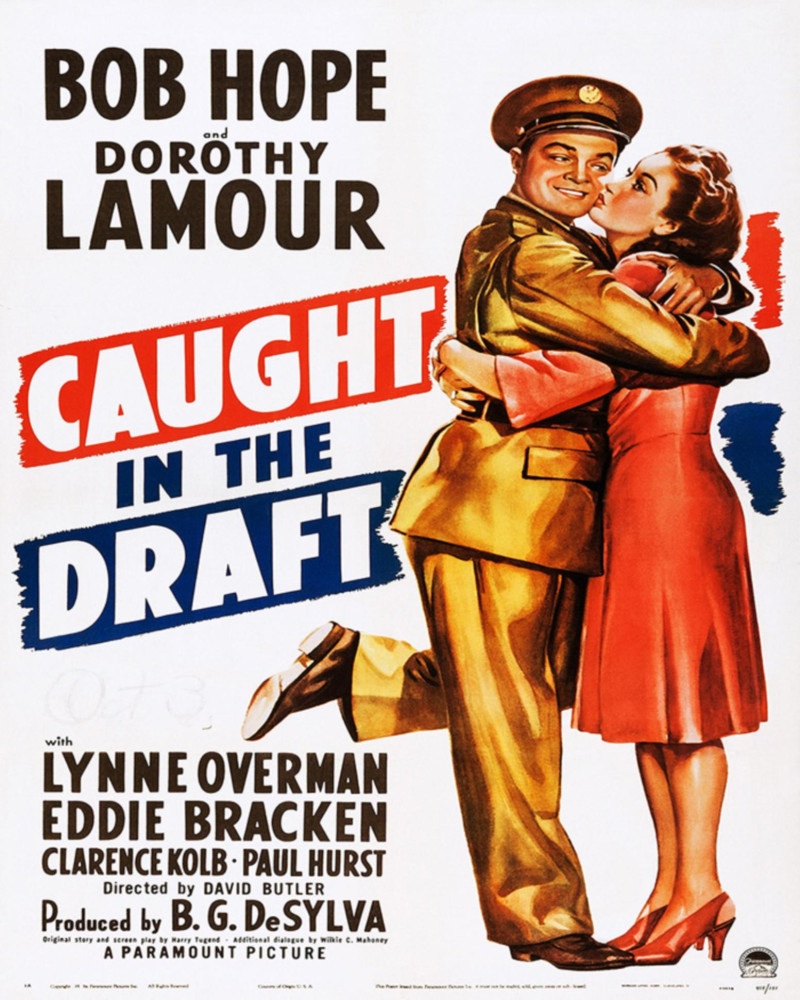 In May 1941, Carole Lombard and Bob Hope made their first and only teaming of any kind when they co-starred in a Lux Radio Theater adaptation of Carole's recent film, "Mr. & Mrs. Smith." Hope's next movie, the service comedy "Caught In The Draft." was to be released in July.

But they "teamed up" in another manner. Look at this: 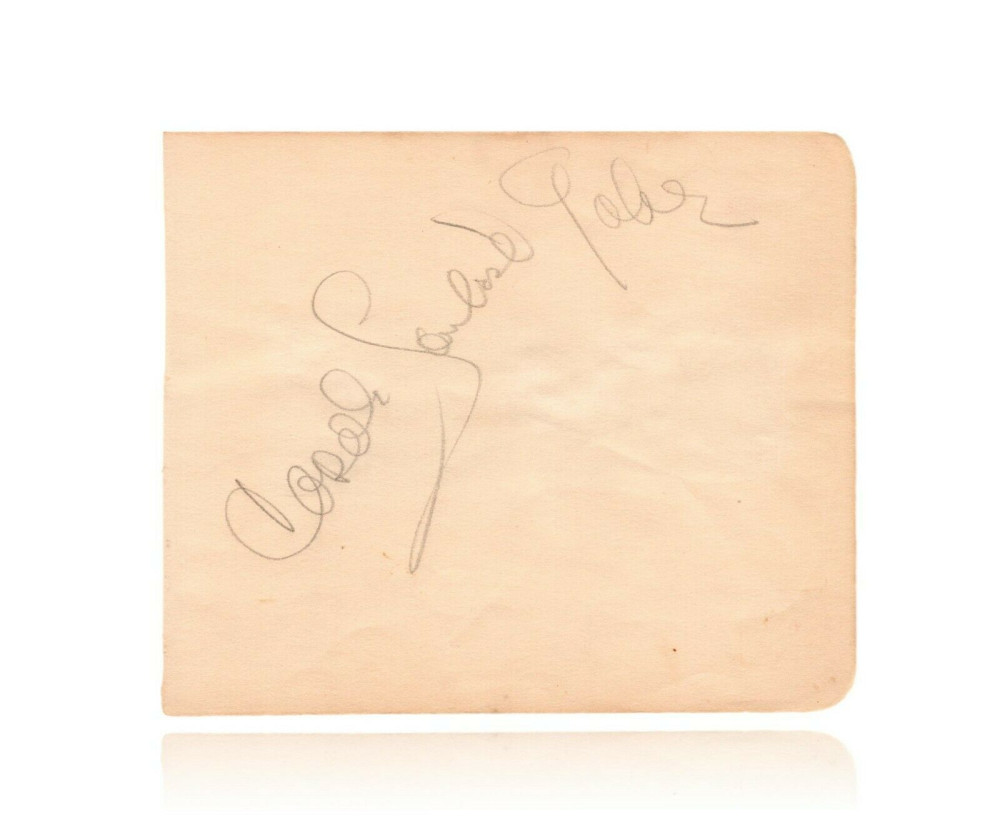 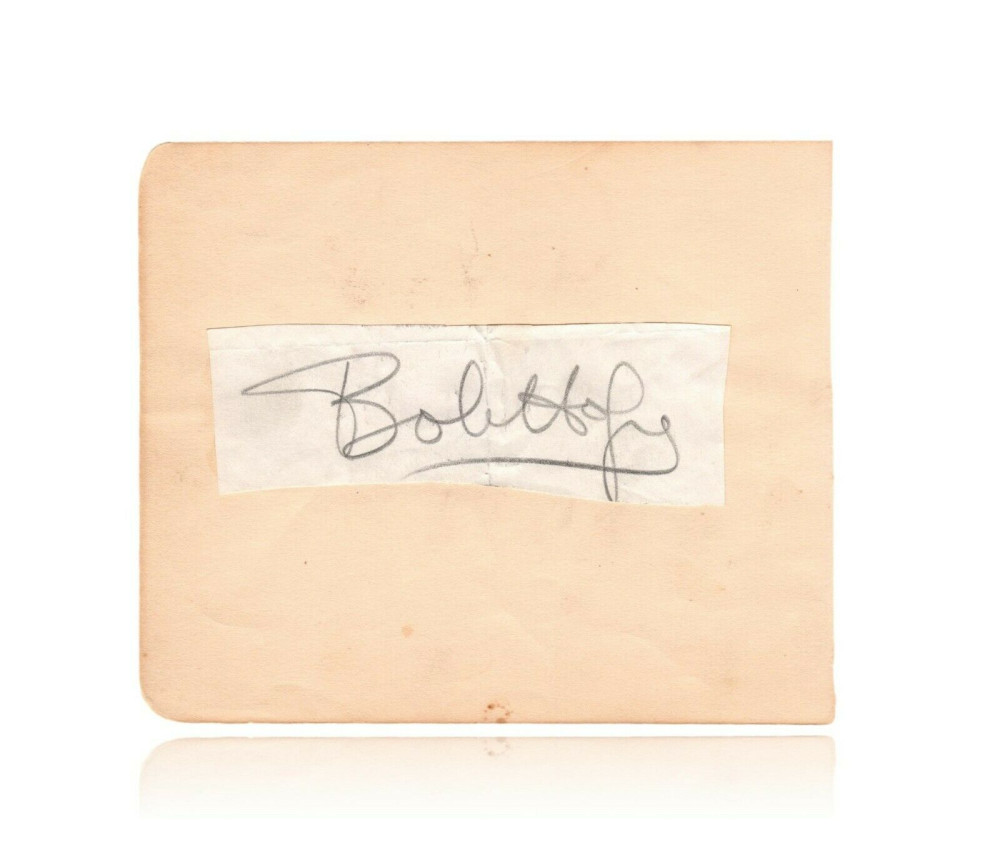 Is it from their Lux appearance? Probably not; this is part of a multi-page autograph book. A letter of authenticity proves it: 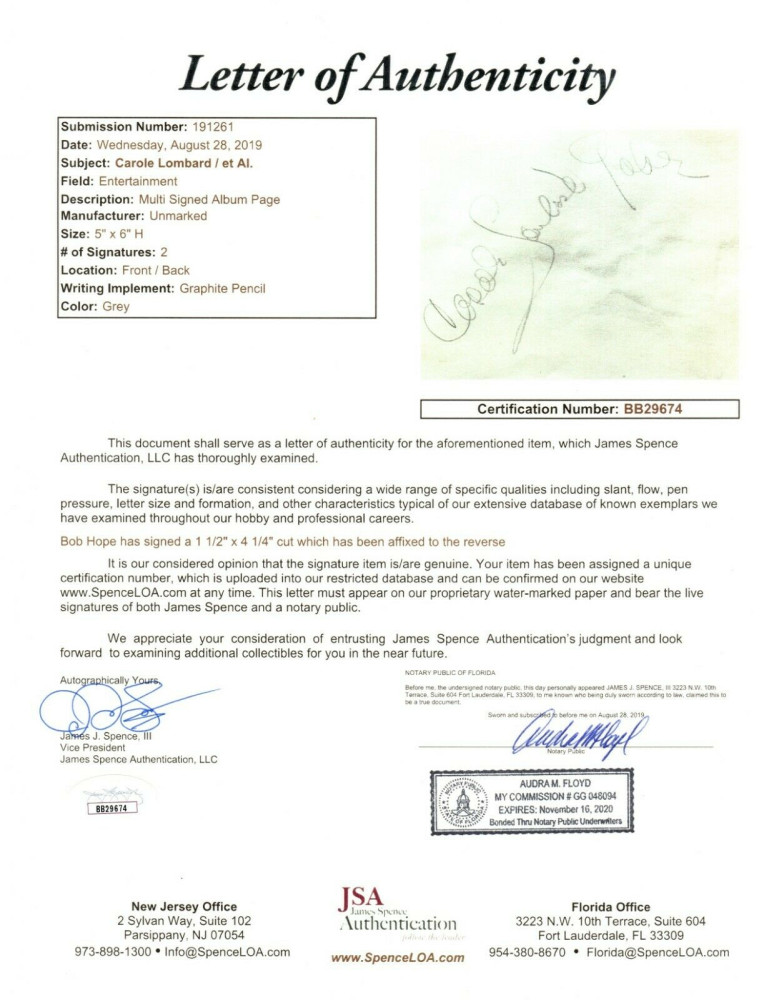 Now, the letter in close-up: 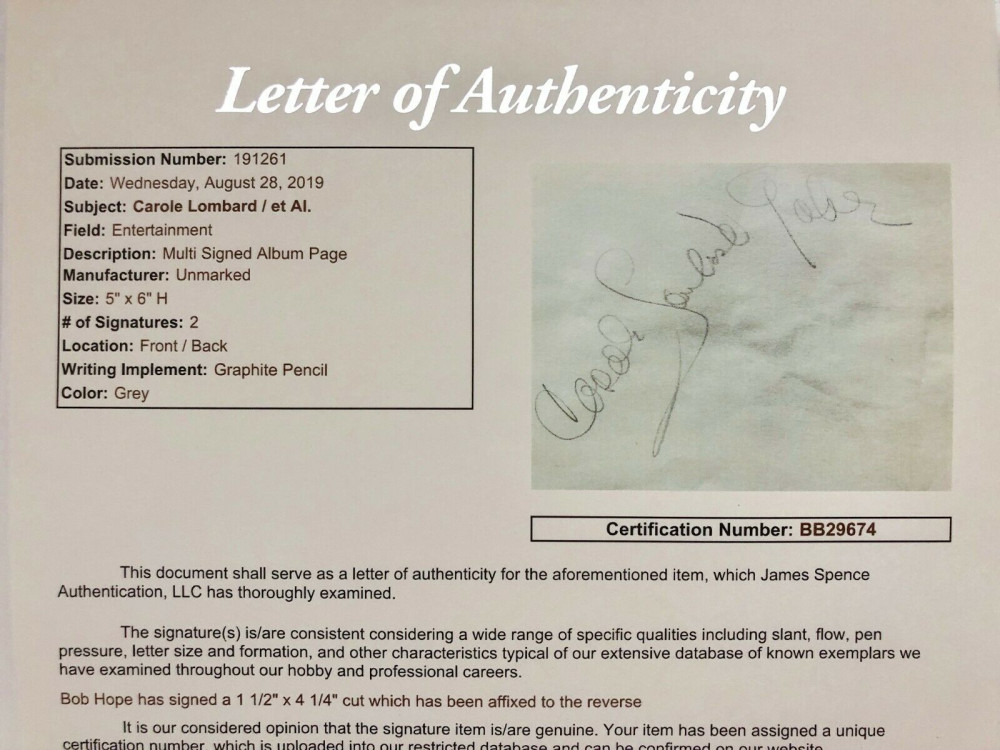 One supposedly unusual angle to this autograph is that Carole signed with her full wedded name -- "Carole Lombard Gable." The seller plays this up: 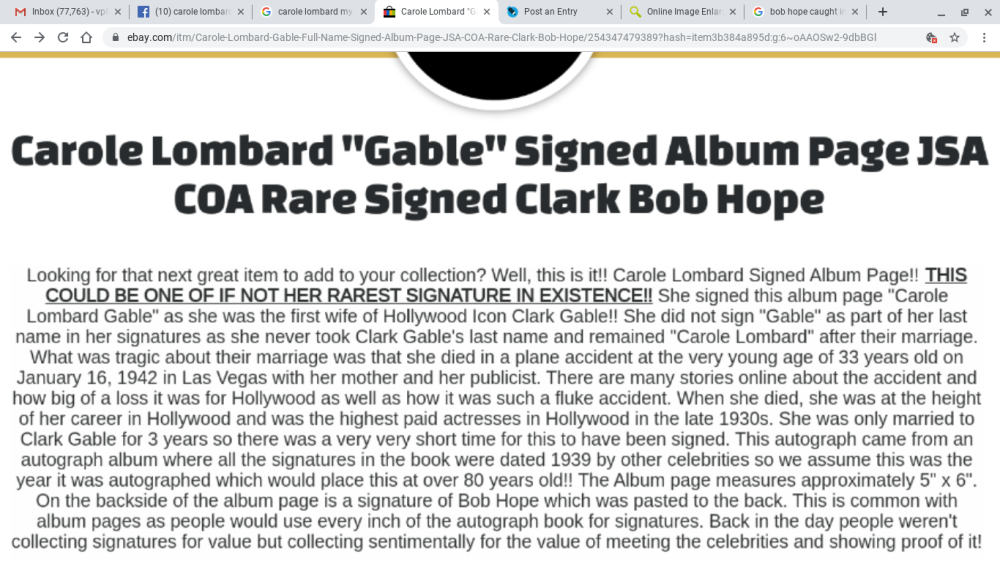 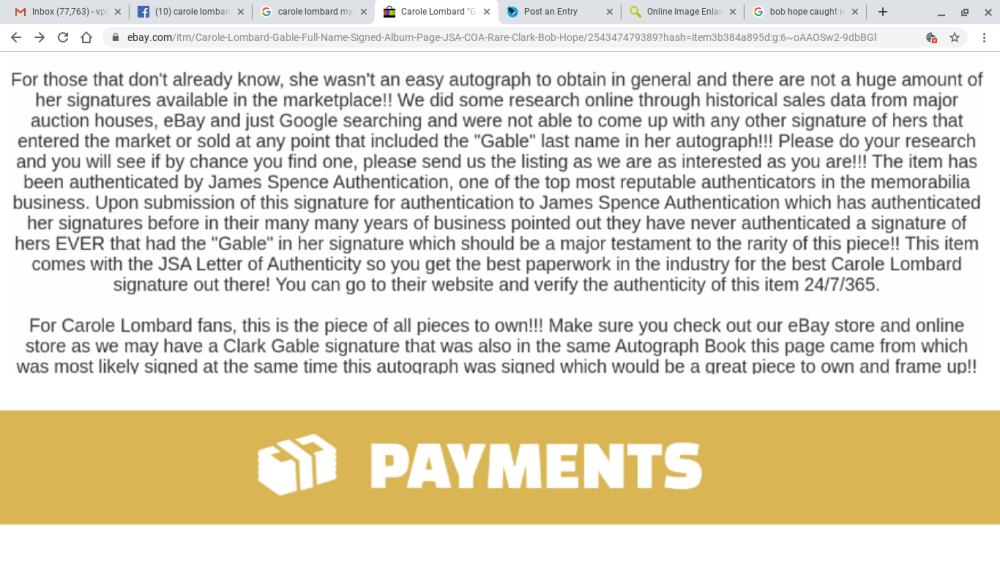 I have no issue with the authenticity of Lombard's signature, but some of the other claims are spurious -- we know Carole was Clark Gable's third wife, not his first. Such an elementary error brings to mind a William Powell biography of some years back which repeatedly claimed Carole was from Ohio. Lombard's signing with Clark's name is rare, but not super-rare; we've seen it a few times.