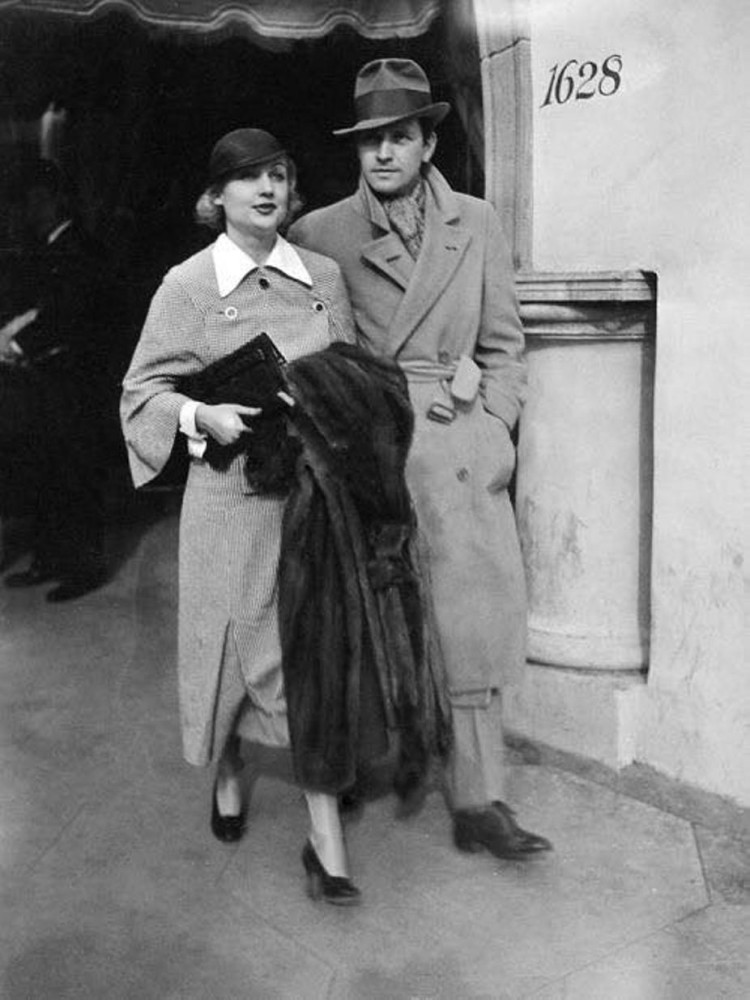 Carole Lombard always enjoyed eating out with a friend or cohort, as she did with Fredric March after they left the Hollywood Brown Derby on Vine Street, just north of Hollywood Boulevard. That venue is long gone, but another restaurant in Hollywood is still with us and next month celebrates a milestone. 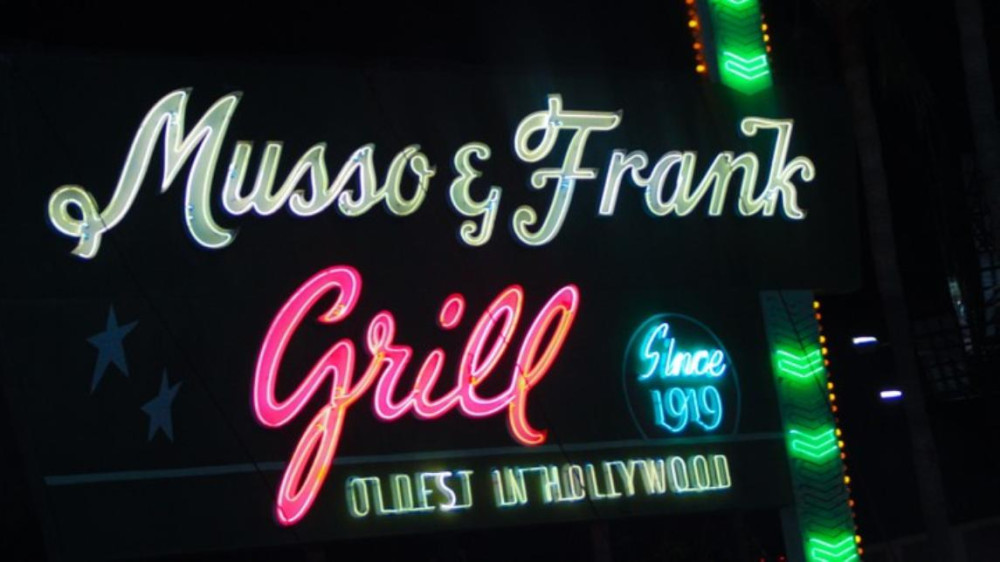 It's Musso & Frank Grill on the Boulevard, which turns 100 in September. Did Lombard ever dine here? We have no conclusive proof, but one can imagine Robert Riskin taking her there on a date. In fact, that sort of date would make sense for Lombard, who was fond of writers -- because while many stars patronized Musso & Frank, it was noted as a site for creatives more so than mere glamour. 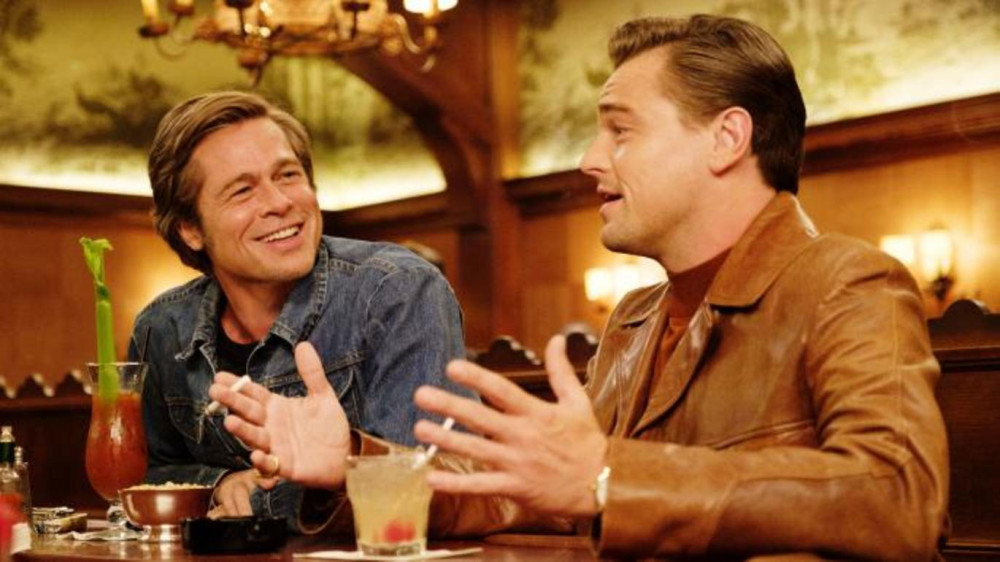 Say what you will about writer-director Quentin Tarantino, but few appreciate Hollywood history more than he. Tarantino is a Musso & Frank regular, so it made perfect sense to shoot a scene there for "Once Upon A Time...In Hollywood," his well-received valentine to the film capital circa 1969 starring Brad Pitt, left, and Leonardo DiCaprio.

My Facebook friend and L.A. historian Alison Martino is thrilled she's been invited (and deservedly so!) to the centennial celebration Sept. 27: 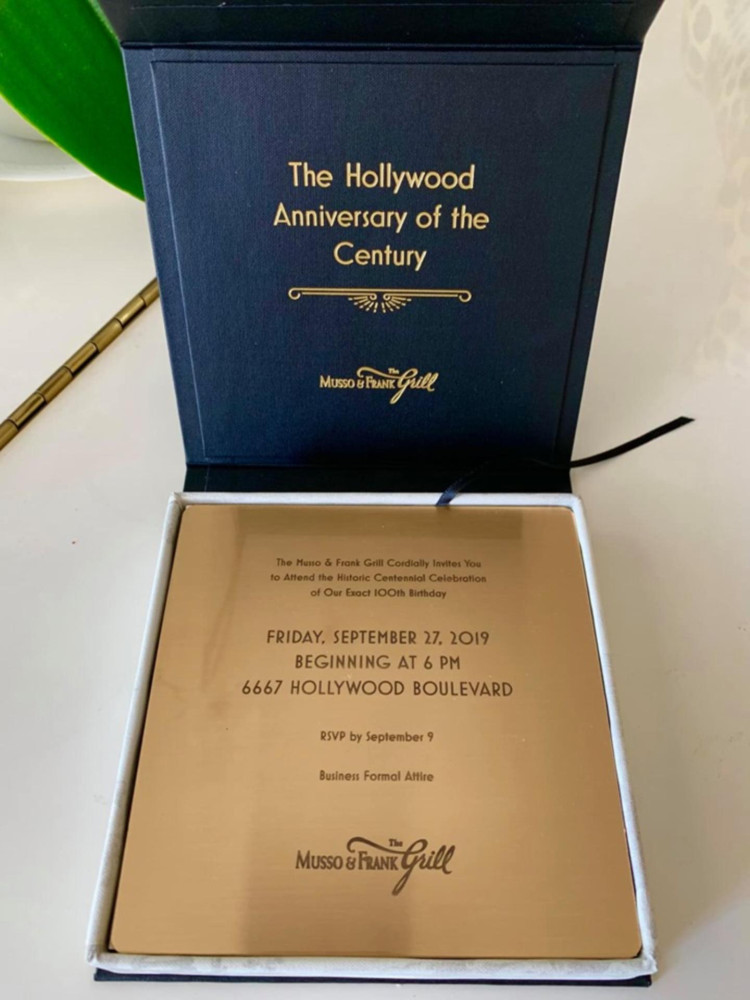 Its story began in 1919, just before Prohibition, when Frank Toulet, Joseph Musso and chef Jean Rue opened the venue, initially named "Francois." Here's the front in 1928, five years after it was renamed: 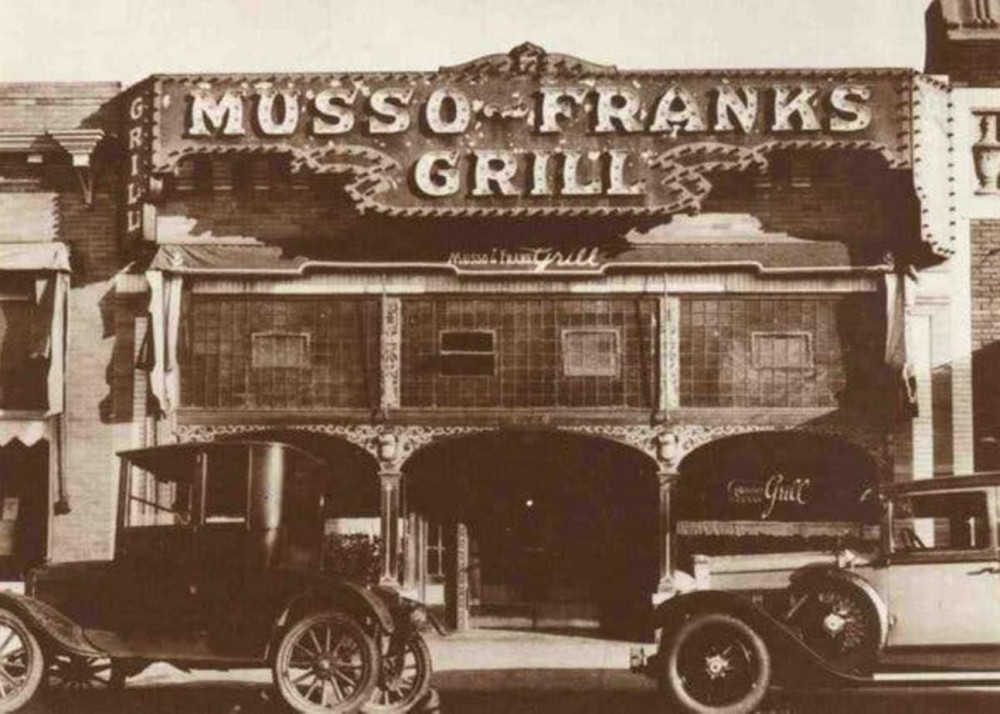 And the dining room from the mid-'30s, when Lombard might have visited: 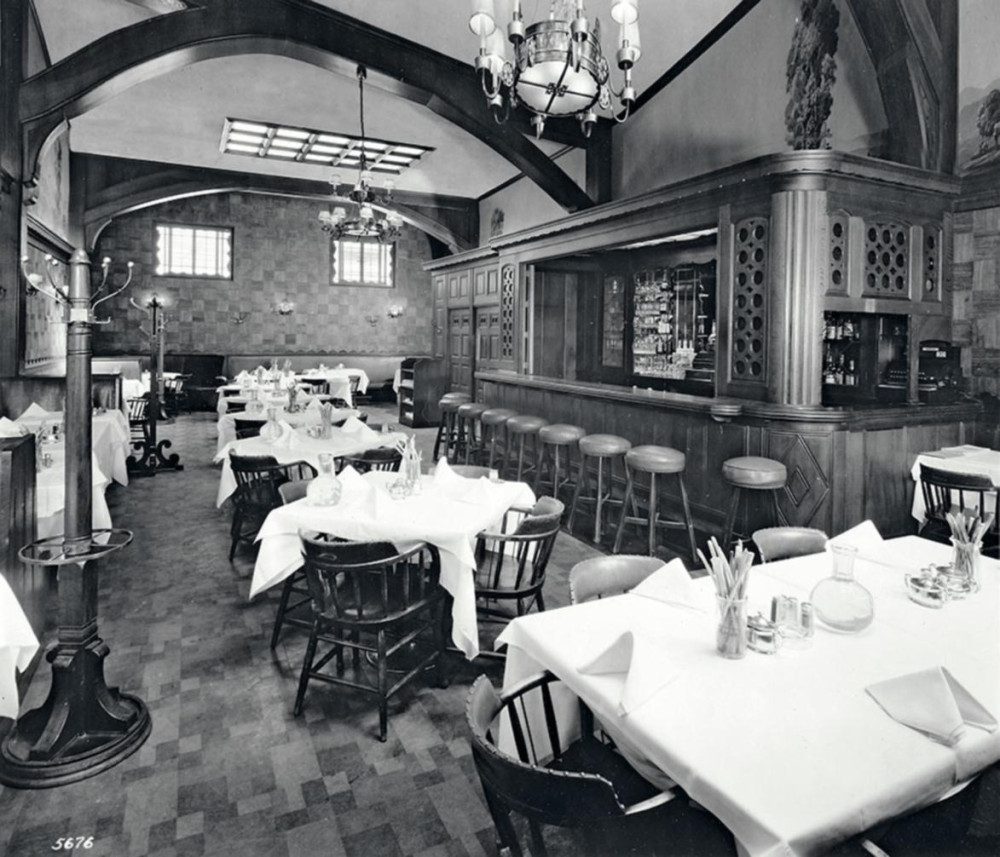 As stated, Musso & Frank was a writers' hangout from the 1930s. It was across the street from the nascent Screen Writers Guild and next door to Stanley Rose's bookstore. Dorothy Parker and Donald Ogden Stewart, both of whom knew Lombard, were regulars, as were James M. Cain, Raymond Chandler, Dashiell Hammett and F. Scott Fitzgerald. Others in the film colony liked the place too, including Charles Chaplin, Rudolph Valentino, Greta Garbo, Humphrey Bogart, Frank Sinatra, Marilyn Monroe and Orson Welles.

Musso & Frank have celebrity fans from outside film, too, such as the Rolling Stones' Keith Richards and Ron Wood. Longtime waiter Sergio Gonzalez, who began there in 1972 and worked until his death earlier this year, was flown at the Stones' expense to several of the band's shows.

The cuisine is classic American, with some traditions such as chicken pot pie (served only on Thursdays). Other favorites include liver and onions, lamb chops and corned beef and cabbage.

I've eaten there once, in 2014, back when I had money. The food was good, the atmosphere sublime. Once I get dough again -- through selling a script or two, I hope -- I'll return in triumph. It's a worthy goal for any Hollywood writer.