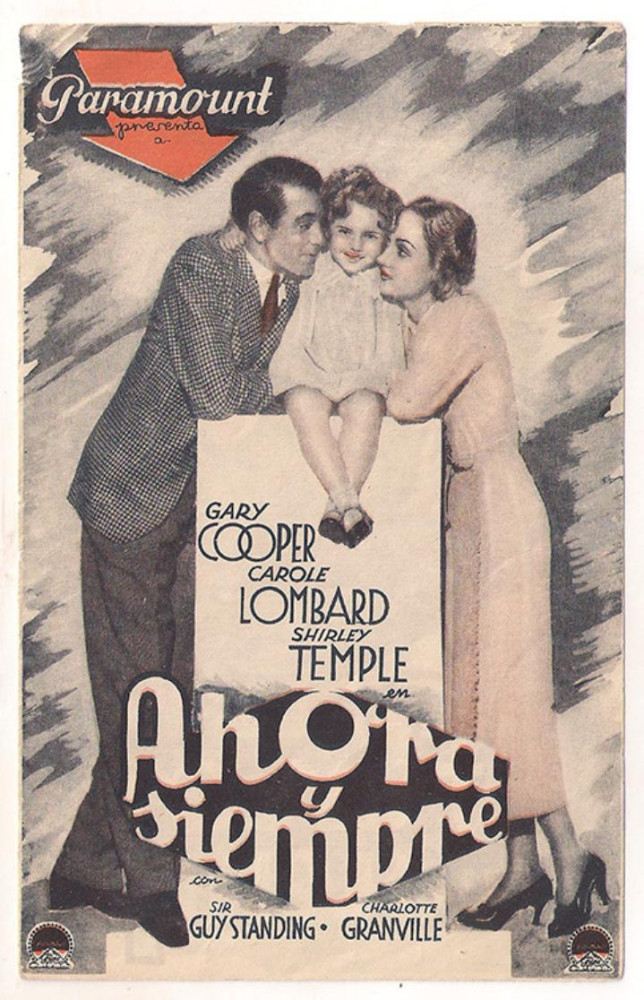 Above is a Spanish-language herald for Carole Lombard's 1934 drama "Now And Forever" with fellow Paramount star Gary Cooper and up-and-coming Shirley Temple. Such star power gave the film an uncharacteristically long box-office life -- especially once Temple achieved worldwide renown at 20th Century-Fox, theaters who didn't have rights to Fox product sought to cash in.

Thus "Now And Forever" was still making the rounds in 1936, albeit unfortunately in a truncated version. Not the film, mind you, but at least for this window card: 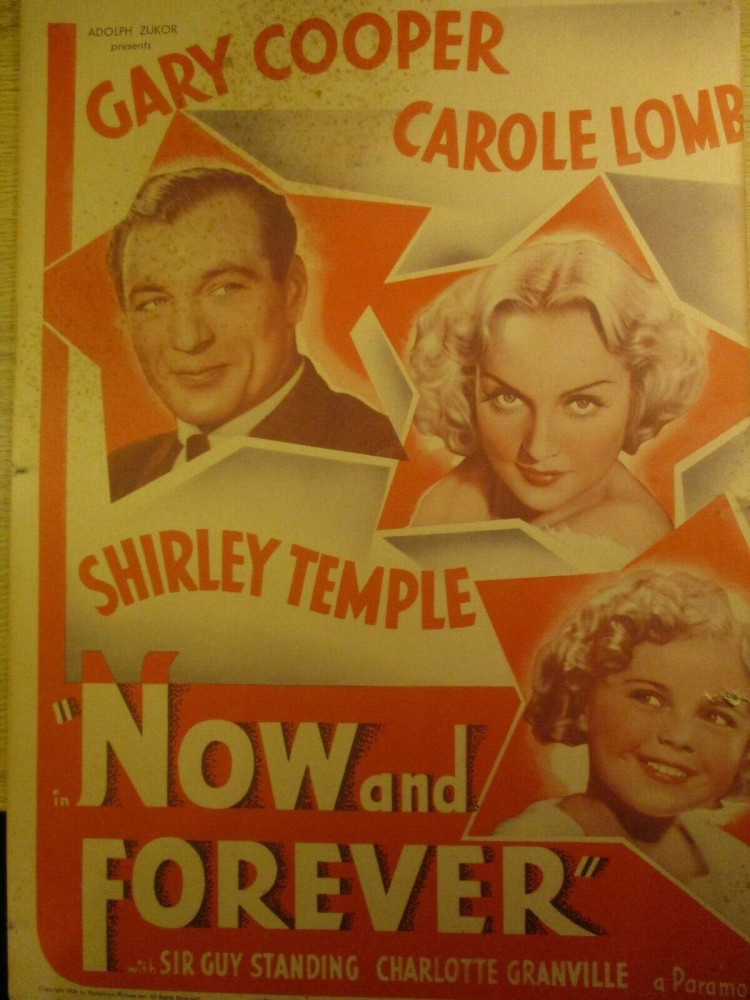 Why aren't we showing the entire window card? Because the right side of it has been trimmed. Witness: 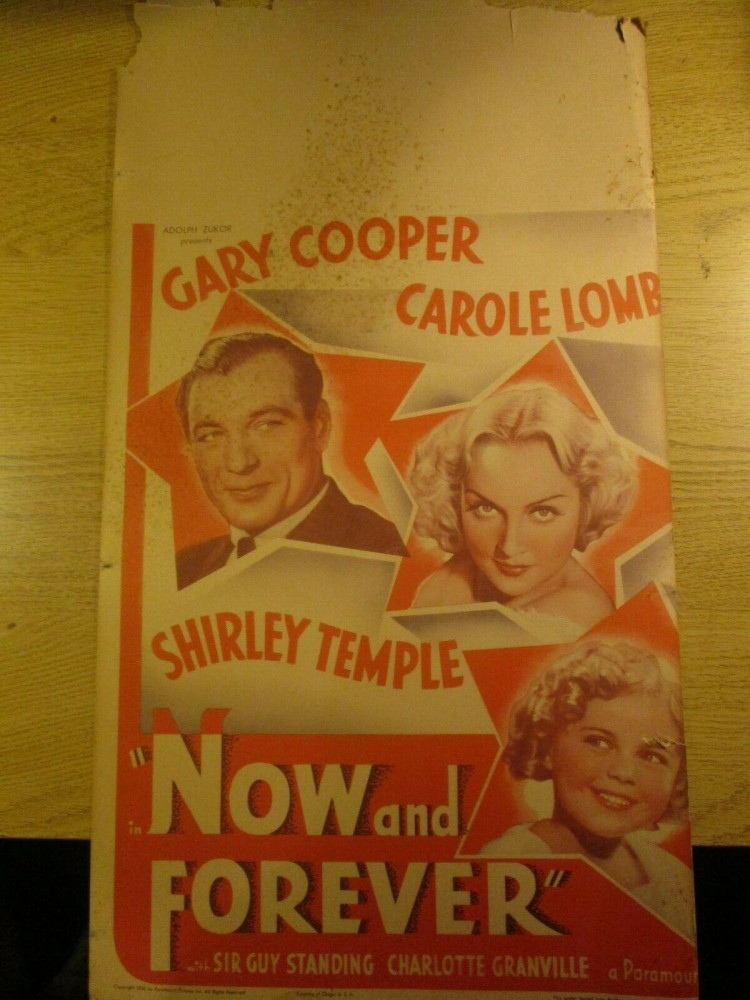 So the leading lady's name has been abbreviated to "CAROLE LOMB." If that gives her an identity crisis, it doesn't show in this splendid artwork: 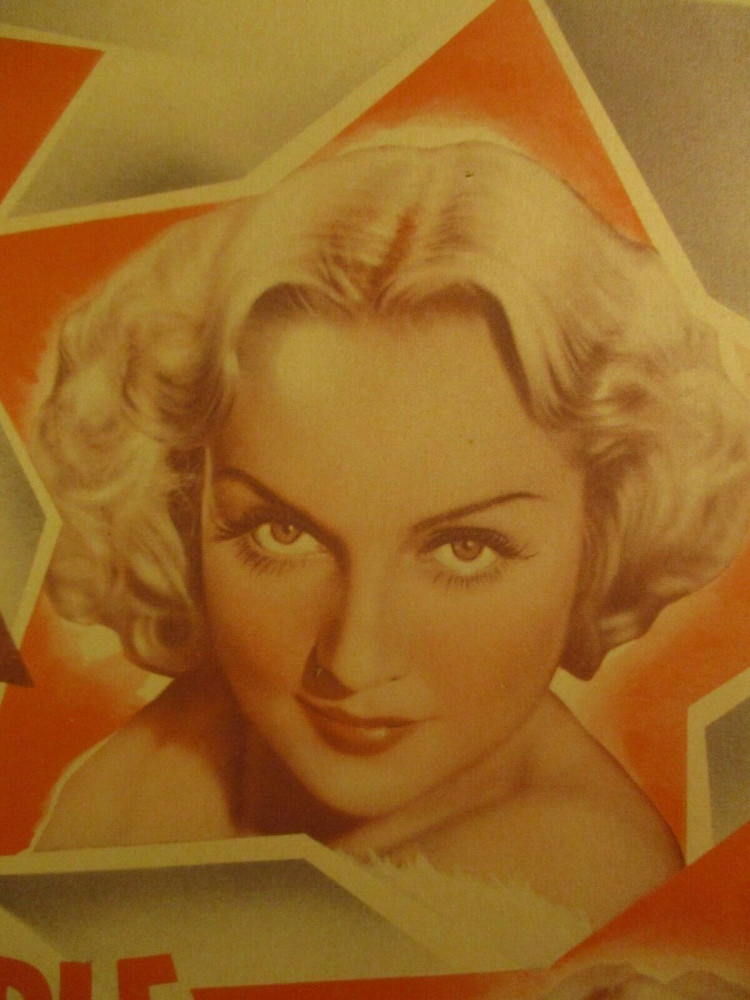 Coop comes off pretty well, too, despite some dirt on his forehead: 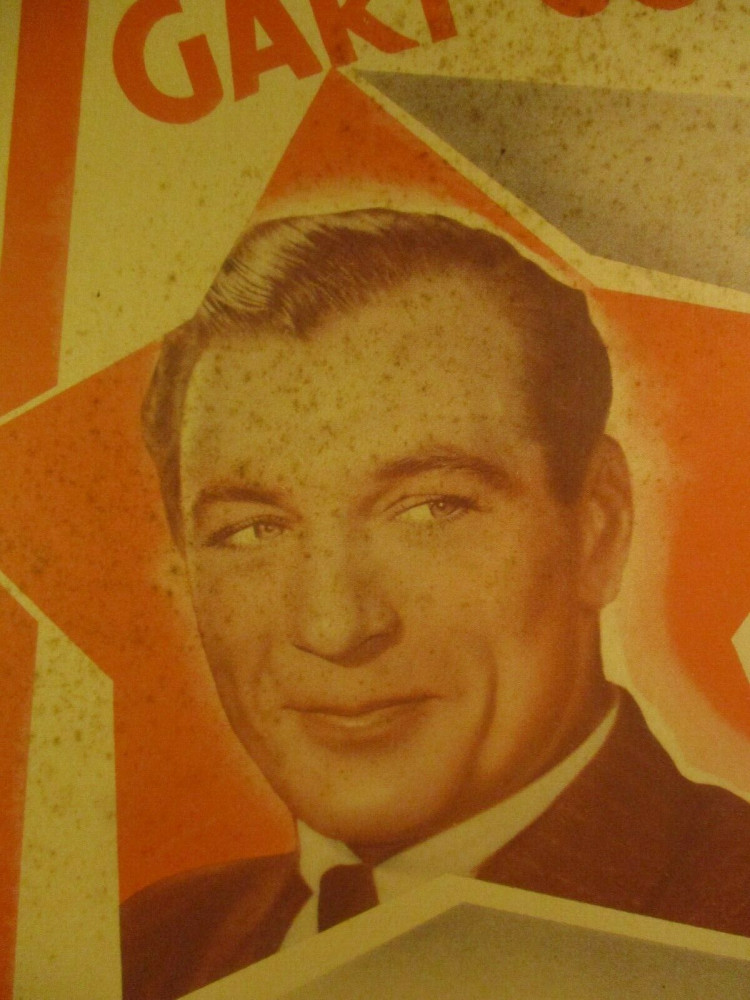 It's Shirley who draws the short straw here: 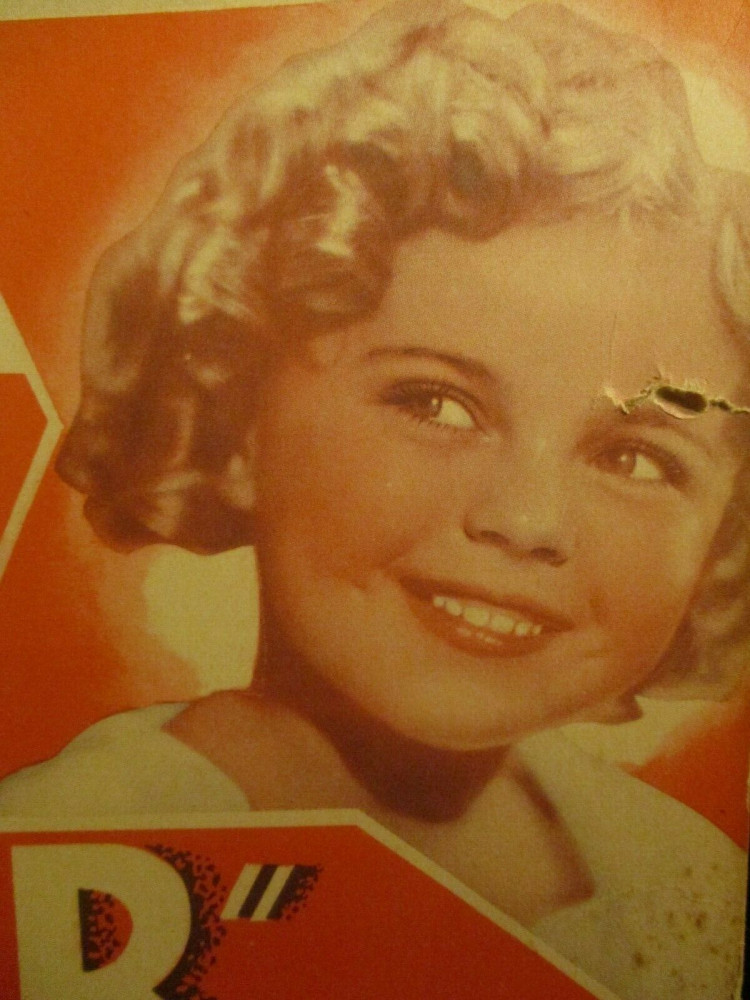 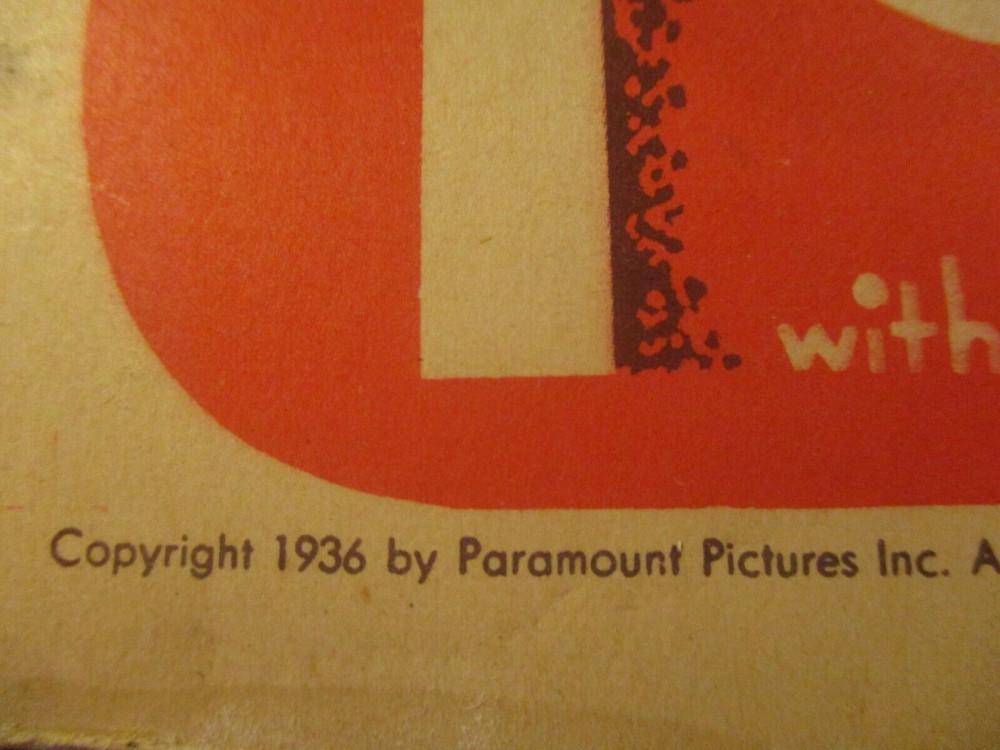 It measures 22" x 12" on stiff cardboard, two inches narrower than it should be. Nevertheless, it's a rarity, and is listed in very good condition.