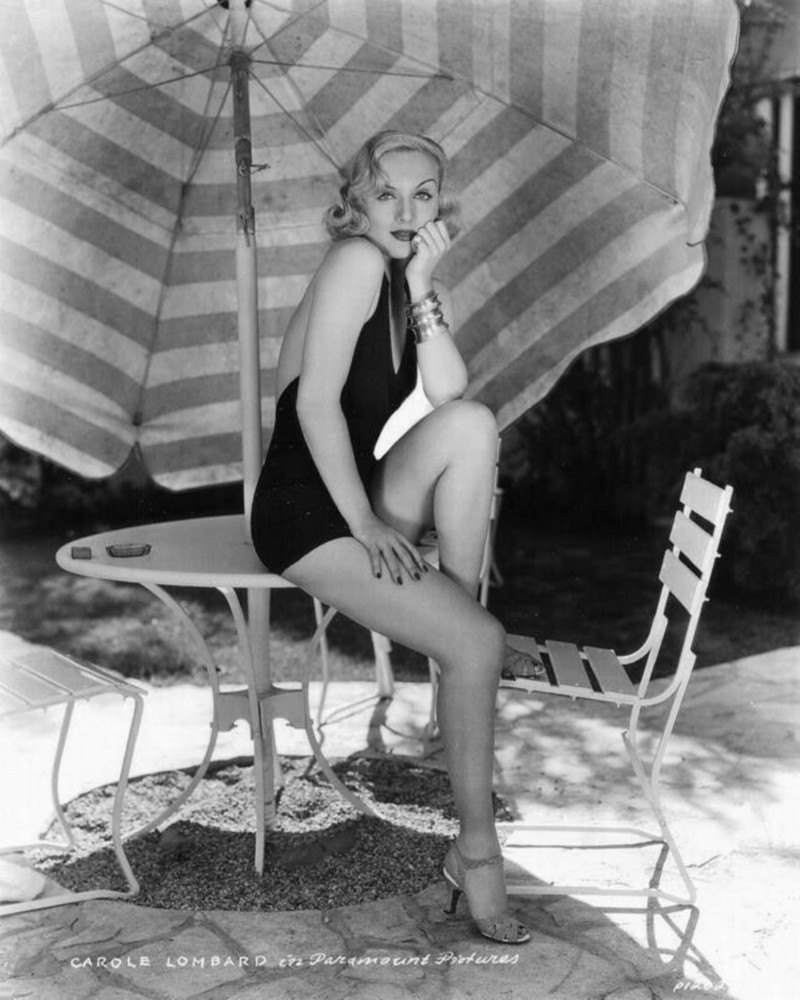 Earlier this month, we ran an entry about this beautiful yet mysterious Carole Lombard swimsuit picture (https://carole-and-co.livejournal.com/1021300.html). The mystery is its unreadable p1202 number (p1202 was Lombard's Paramount player ID for publicity stills independent of movies, which had their own code).

We still don't know its p1202 number, but now at least we have a better idea of when it was made. Credit the August 1934 issue of Motion Picture magazine, with Evelyn Venable on the cover: 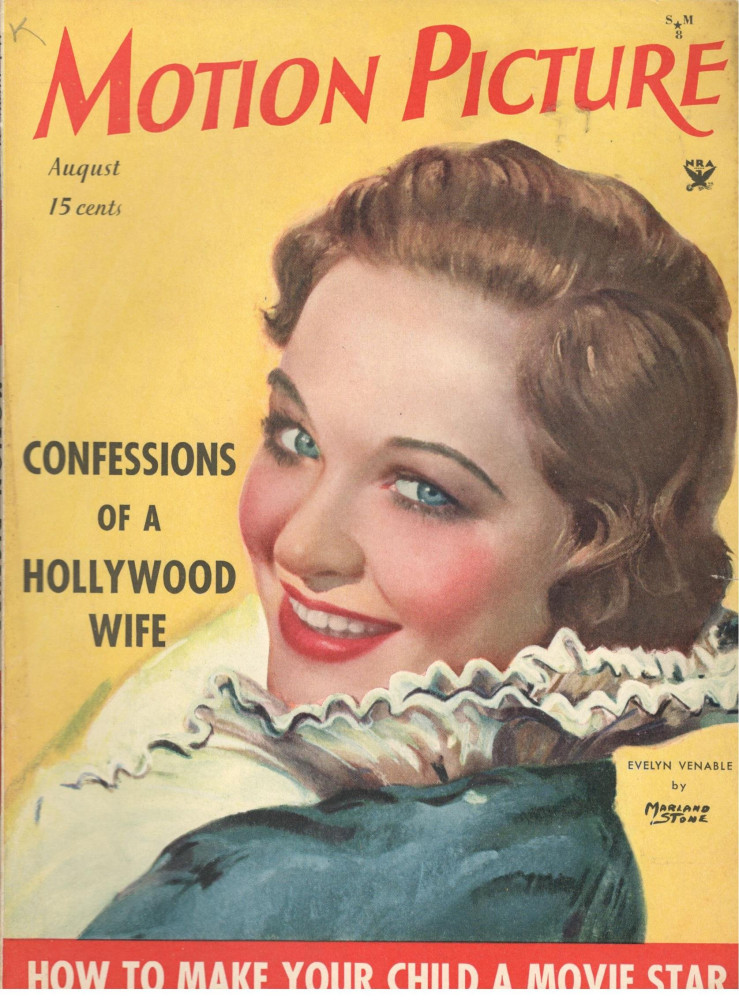 Among that issue's features was a four-page spread on swimwear, where Lombard was prominently featured (four times, in fact). First, a different pose in the swimsuit pic at top, almost certainly from the same session: 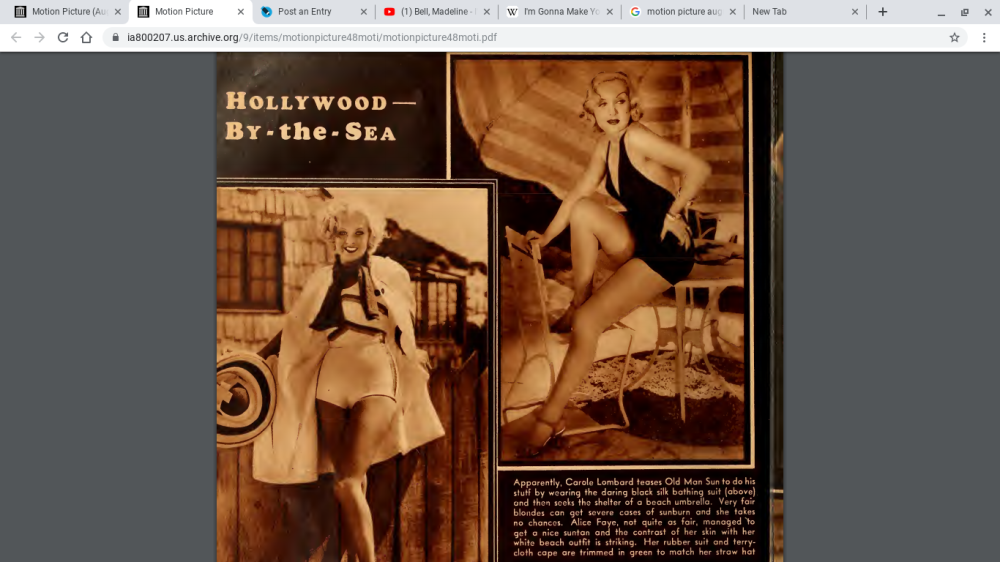 Given lag times between magazine production and release (this issue hit the press June 28), the photo was probably taken in the first four months of 1934. Lombard shares that part of the page with Alice Faye, then still in her ersatz Jean Harlow period.

Carole's neighbor on the next page is someone whose lifespan would be more than three times longer than hers -- Gloria Stuart: 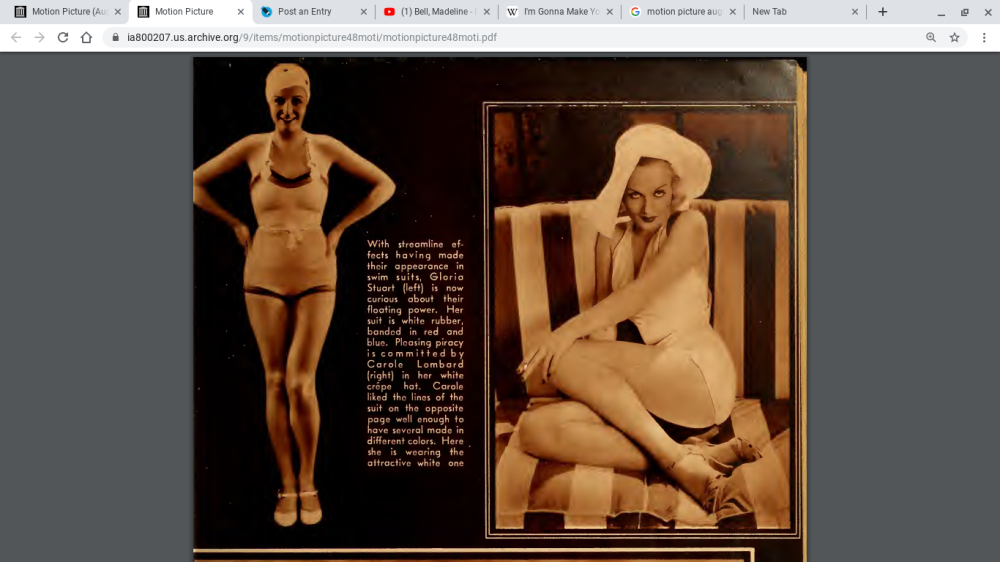 The third page has Lombard featured twice, first with Mary Carlisle, who outlived centenarian Stuart by more than four years. You can't read the entire caption on the first photo... ...but never fret, because it's on the bottom part of the page next to another pic of Carole: 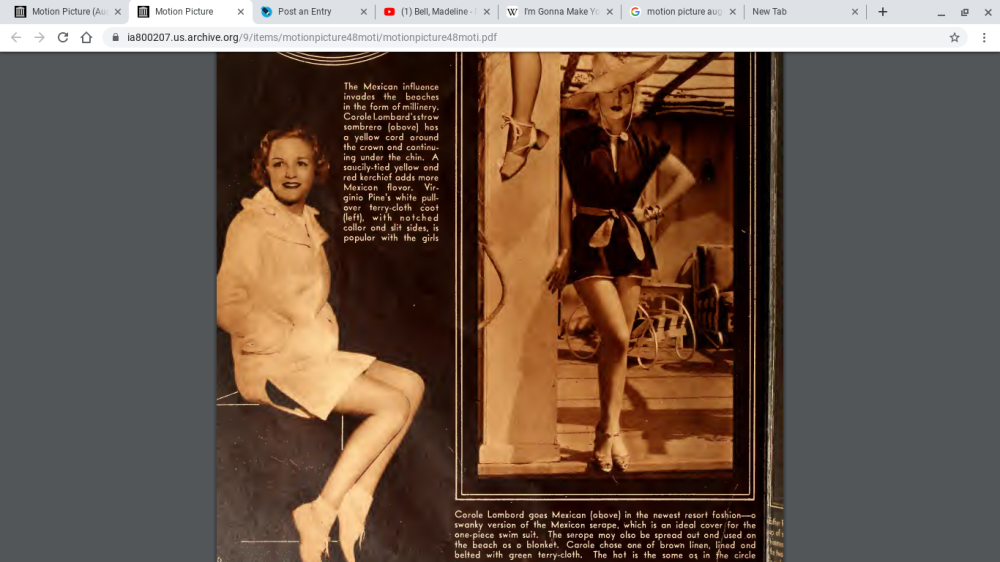 This issue, along with September through December of '34, is online at http://archive.org/stream/motionpicture48moti#page/n3/mode/2up.

Are you a fan of sixties soul? Then you'll enjoy this version of a song whose composers included Philly soul master Kenny Gamble. "I'm Gonna Make You Love Me" was first recorded by Dee Dee Warwick in late 1966 and made a top ten hit by the Supremes & the Temptations two years later. That's the version most people remember.

But earlier in '68, my favorite version came out, recorded by American emigre Madeline Bell, one of Dusty Springfield's backup singers. (Dusty returned the favor and sang backup here.) I love how this glides, the vibes when she sings "Yes I will, yes I will." It reached the Billboard top 30 in March, cracking the top 20 on both WABC and WMCA in New York. Dig how Bell puts it over: