Many Carole Lombard fans would agree this is among the most alluring color portraits ever taken of her, most famously used on the cover of the January 1940 Photoplay: A bit of exposed midriff, but no visible navel (a la Barbara Eden as Jeannie). The photographer? Paul Hesse (1896-1973), a New York native who journeyed west and whose subjects included Ava Gardner (left) and Lucille Ball: 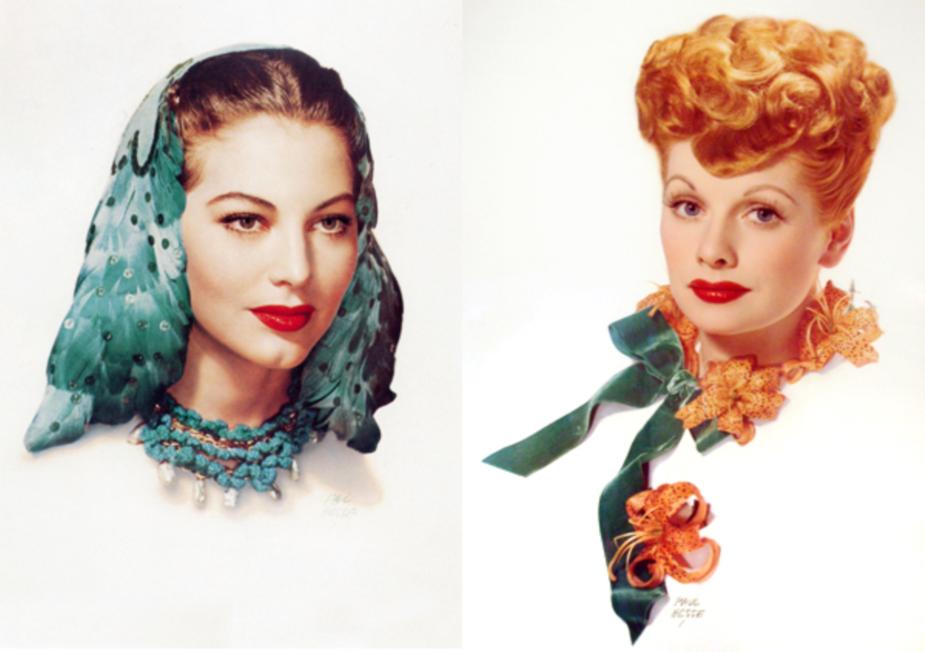 So we know who took the Lombard photo at top. But a few other pics of her elicit responses about their significance -- including two images new to me that have been discovered recently. First, this shot from the early 1930s: 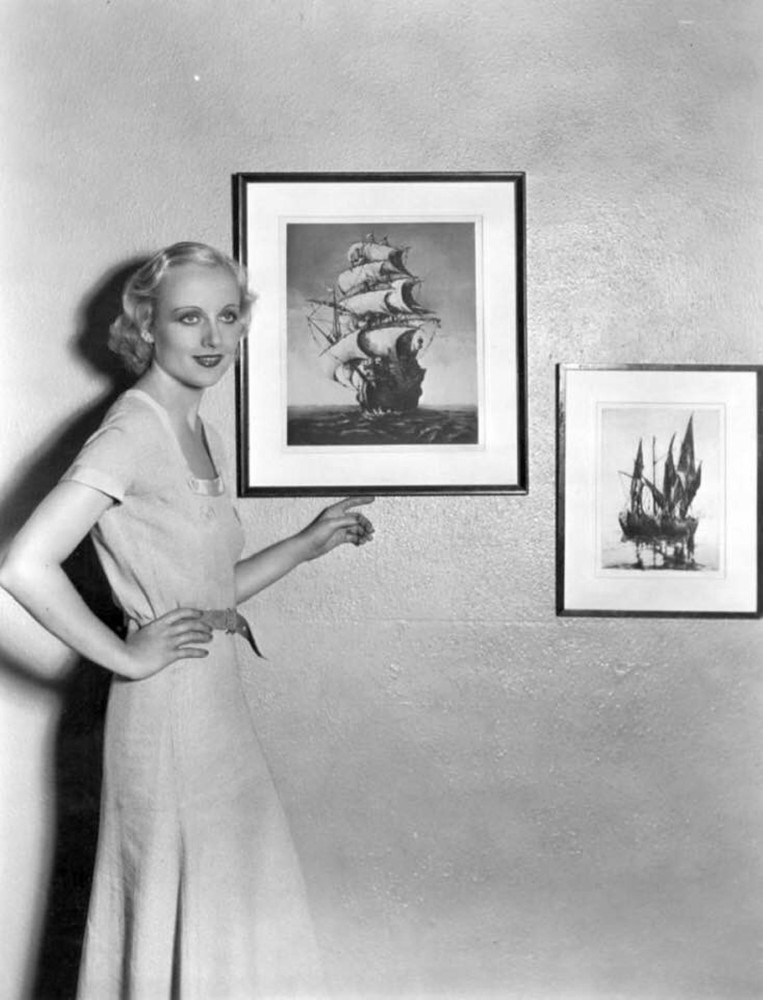 Why is Carole standing near two portraits of ships from centuries ago? Is there a tie-in with Columbus Day, perhaps? (I have no idea if these are renderings of the Nina, Pinta and Santa Maria.) Might this be for something focused on what she's wearing? There's no coding with this pic that might give a clue.

Fast forward to 1940, and Carole with husband Clark Gable: 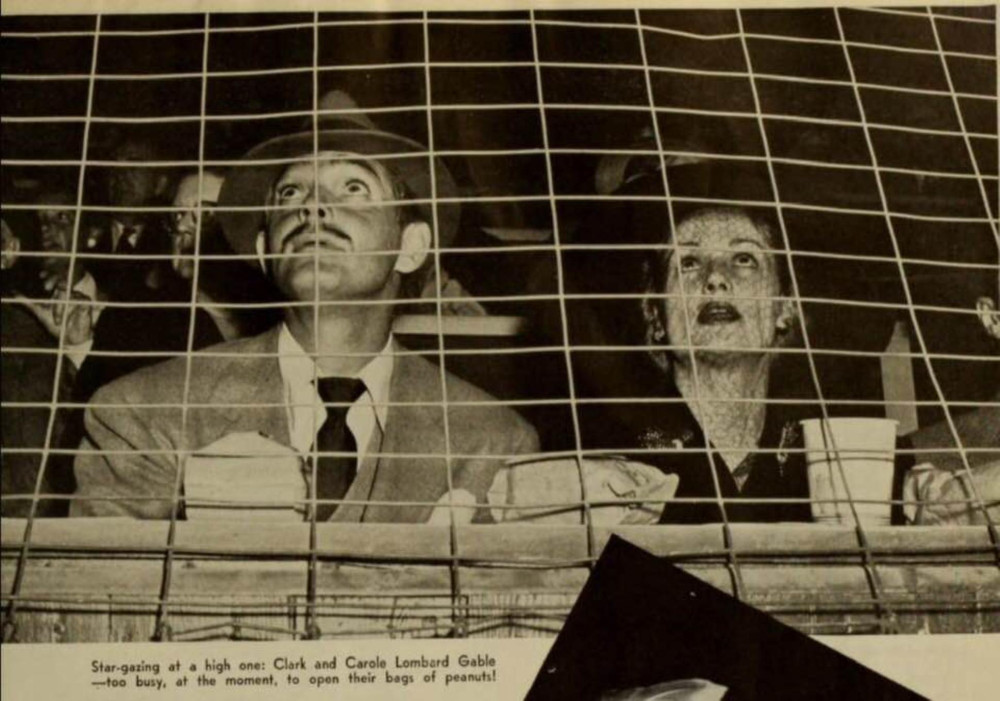 It's obviously from a fan magazine (not certain which one), and whomever found the image claims it was taken at a charity baseball game. That could well be true; Lombard's friend Gail Patrick was married to restaurant owner Robert Cobb, who also owned the Pacific Coast League's Hollywood Stars. (Gilmore Field, where the Stars played, opened the year before.)

But Clark and Carole were used to front-row seats at sports events, such as at tennis tournaments: 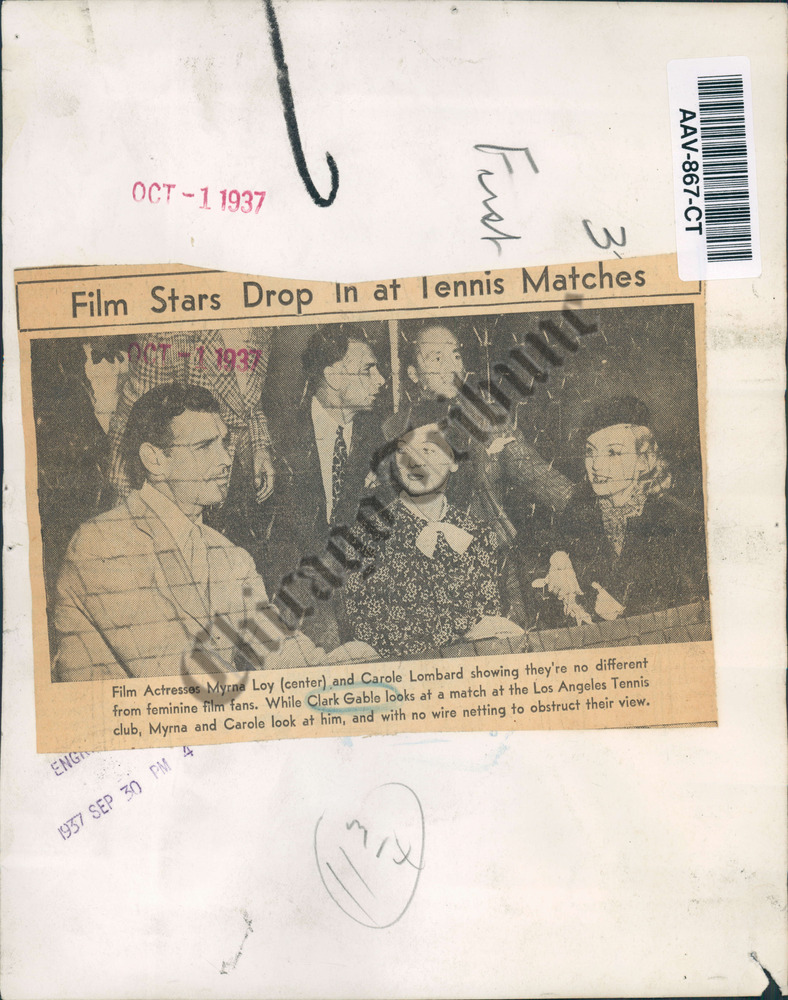 Gable and Lombard flank Myrna Loy at a tourney in the fall of 1937 -- and note the wire mesh protecting spectators from "foul" tennis balls. Might both pics have been taken at the same venue?

Just something to think about on this Friday.
Collapse