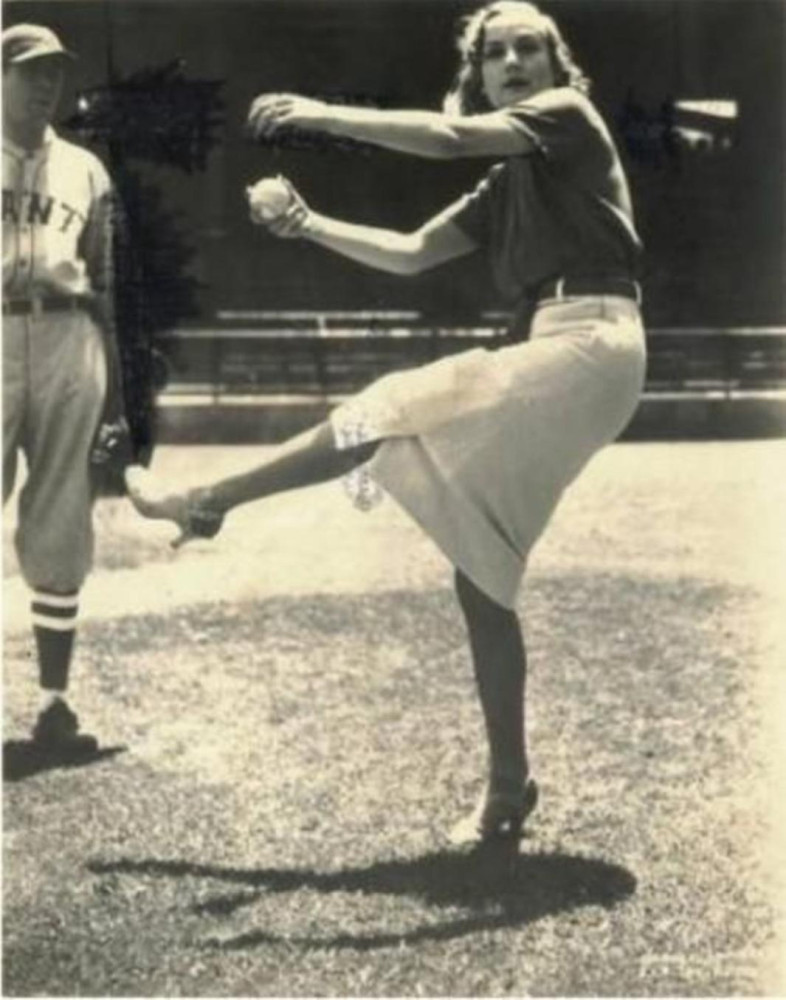 Carole Lombard is among the many actresses who are, or were, baseball fanatics. I think of my Facebook friend Mamie Van Doren, who's loved the American League Angels since their inception in 1961 under Gene Autry, or Mamie's contemporary Marilyn Monroe, who loved the sport long before she met Joe DiMaggio. Some years back, Alyssa Milano wrote a book about femme baseball fandom, which my baseball fan mother enjoyed reading (https://carole-and-co.livejournal.com/244818.html). But baseball and Hollywood have been on a two-way street, dating back to the early 20th century when Los Angeles was booming for both the film industry and the sport. While logistics kept LA out of the majors until 1958, it was a hub for the Pacific Coast League for decades, eventually replacing the San Francisco-Oakland area as the PCL's key market.

Many ballplayers pursued work in the movies, either as actors or as consultants for baseball scenes. One of them first was bit by the theatrical bug on Broadway, and his status on a high-profile New York team helped him gain footlight fame. And no, that team was not the Yankees, whose first American League pennant wouldn't come until 1921.

No, we're referring to the Giants, an NL power under John McGraw for many years and a favorite of the Broadway crowd -- it was an easy trek from midtown Manhattan uptown to the Polo Grounds (shown above in the 1905 World Series), and they could return to the Great White Way in time to see that night's show.

One of the stars of that champion team was an outfielder named Mike Donlin, shown the following season of 1906: 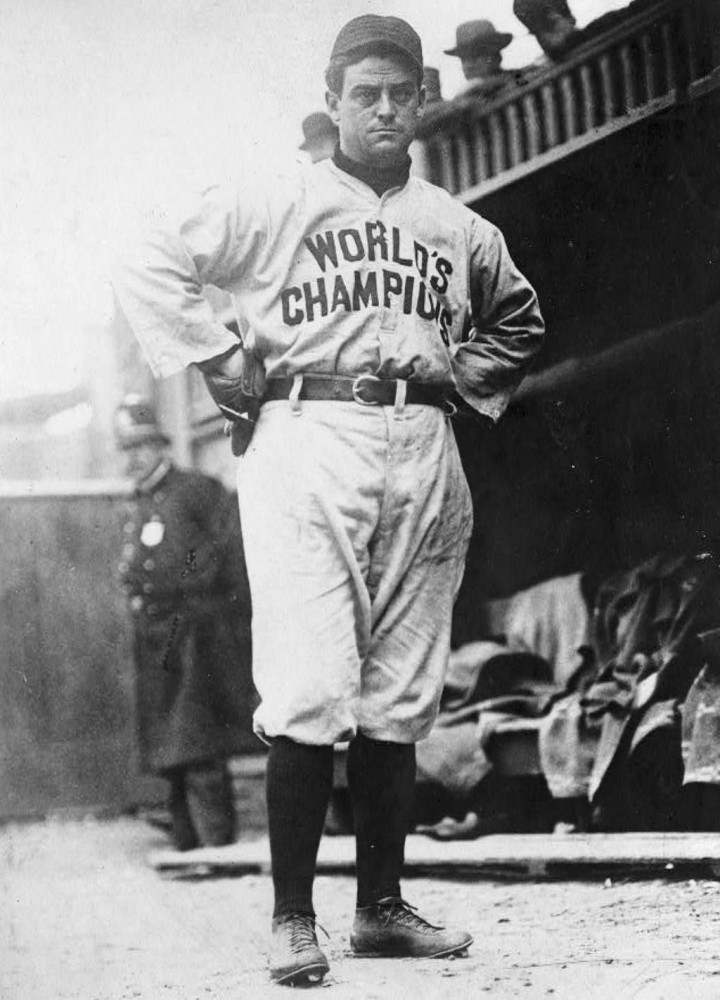 Nicknamed "Turkey Mike" for his gait, Donlin was a hard hitter during the dead-ball era, finishing his career with a .333 batting average. (The late Tony Gwynn, arguably the best hitter of the expansion era, batted .338.) The flamboyant Donlin played for seven teams, but his greatest fame came with the Giants. 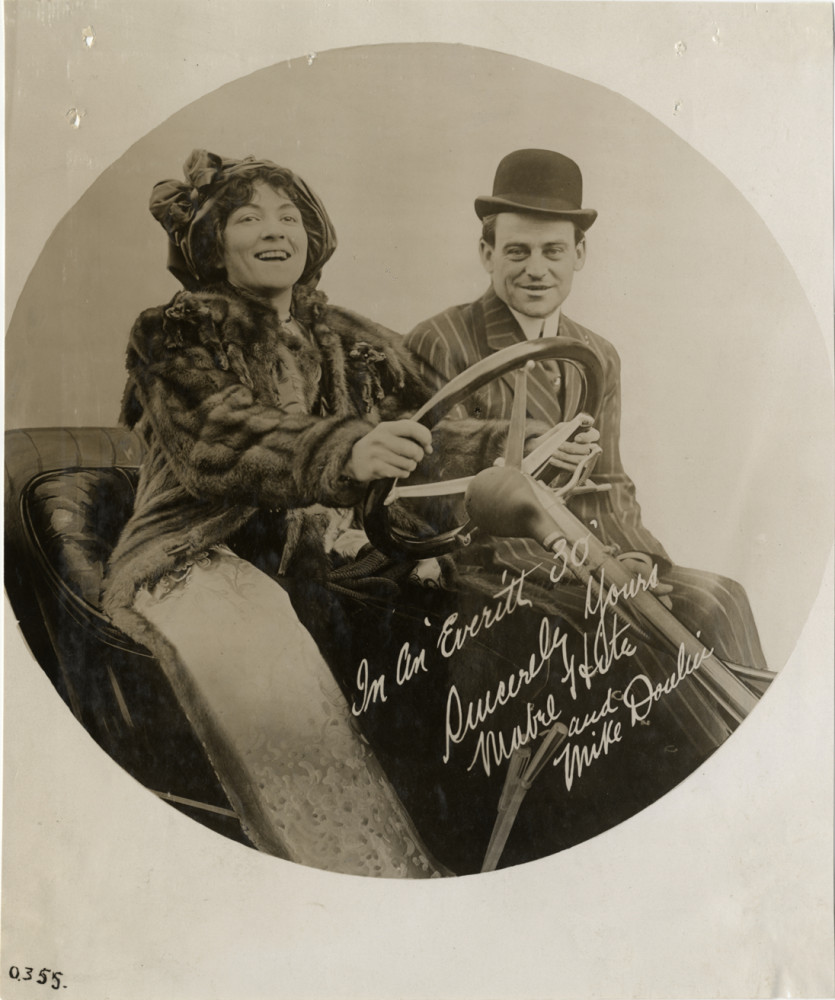 In 1906, he broke his ankle sliding into second base; that year, he also met and married vaudeville star Mabel Hite. A contract dispute with the Giants led him to sit out the 1907 season, but he and Hite performed the baseball-themed play "Stealing Home" for several years.

Donlin had a good season in 1908, but focused on acting the next two years. He returned to the Giants in 1911, but alcoholism and age caught up with him. Hite died of cancer in October 1912, and Donlin failed in several baseball comebacks, finally retiring in 1914. He married actress Rita Ross in late October.

But a friend he made in New York sent Donlin's life west. That friend was drinking buddy John Barrymore, who suggested he join him for work in the movies. Donlin's first film was the Barrymore vehicle "Raffles" in 1917. It's been issued on DVD, and the former big-leaguer is a supporting player alongside Barrymore and Frank Morgan: 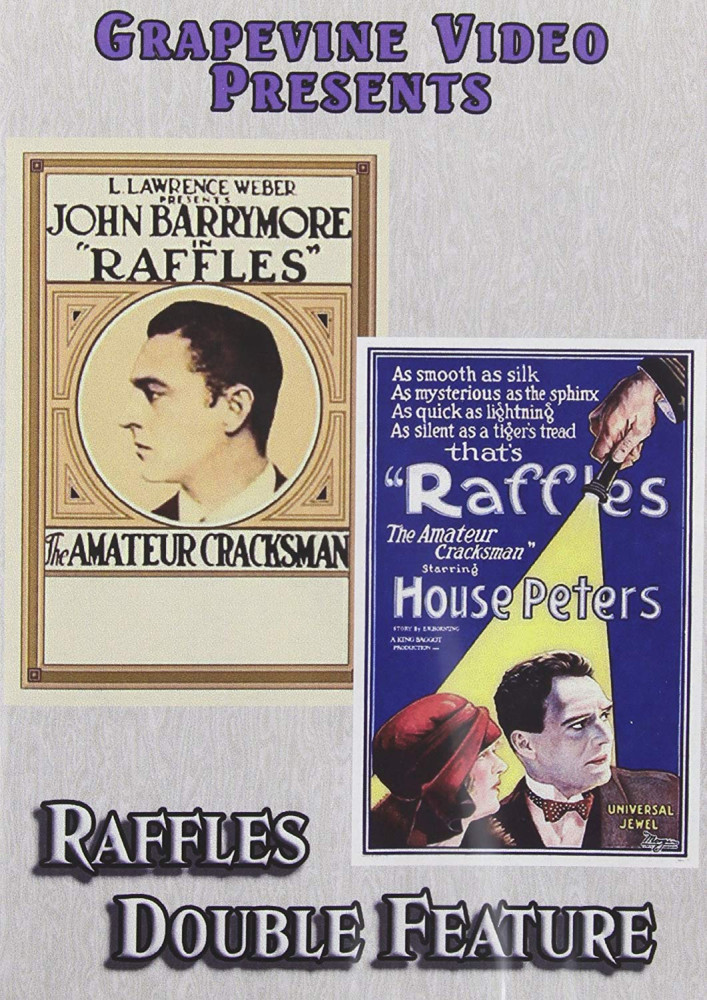 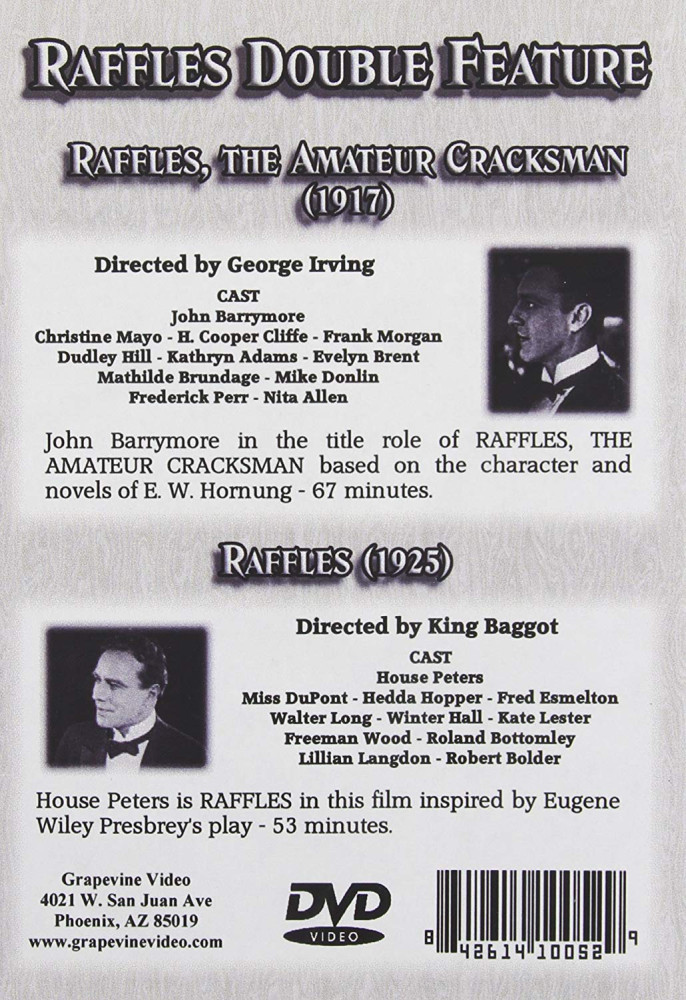 The Internet Movie Database lists 68 films for Donlin, never a leading man but always able to find work. He can be found in some notable movies -- as a film studio gateman in Colleen Moore's "Ella Cinders" and as a Union general in another 1926 hit, Buster Keaton's "The General." (Keaton loved baseball.)

Donlin never appeared in a Lombard film, but their paths may have crossed if Carole dropped by Warners to see husband William Powell and friend Kay Francis in the 1932 romance "One Way Passage." That's because the ballplayer was cast as a Hong Kong bartender who gives the leads -- who each are doomed, but don't know the other is too -- a "paradise cocktail." 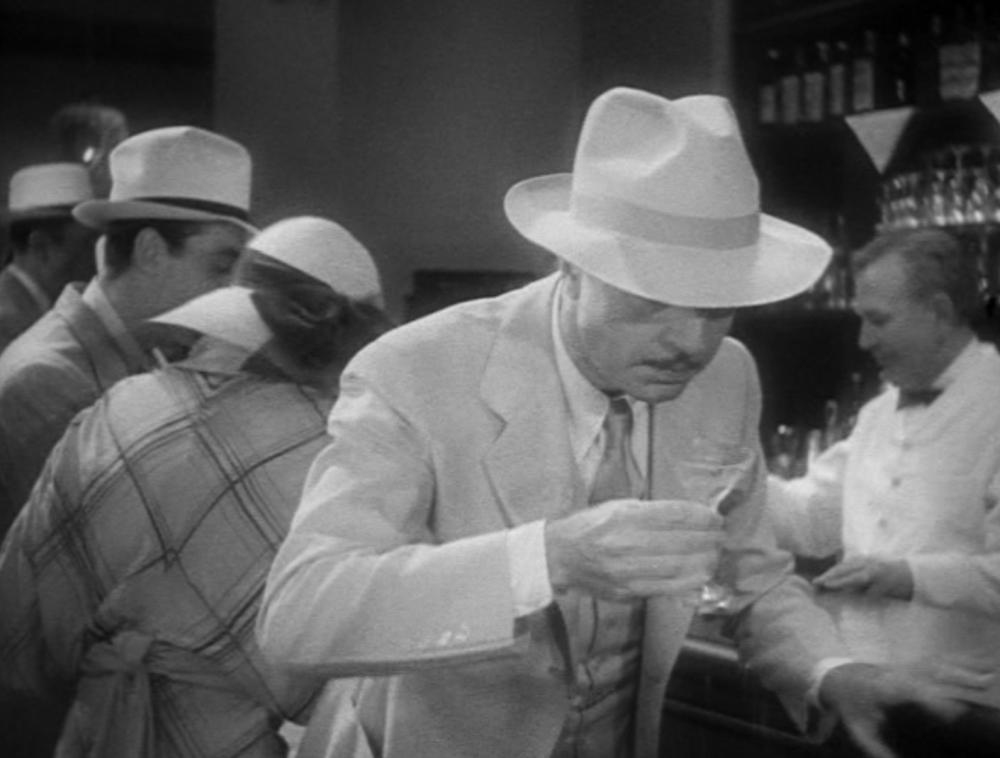 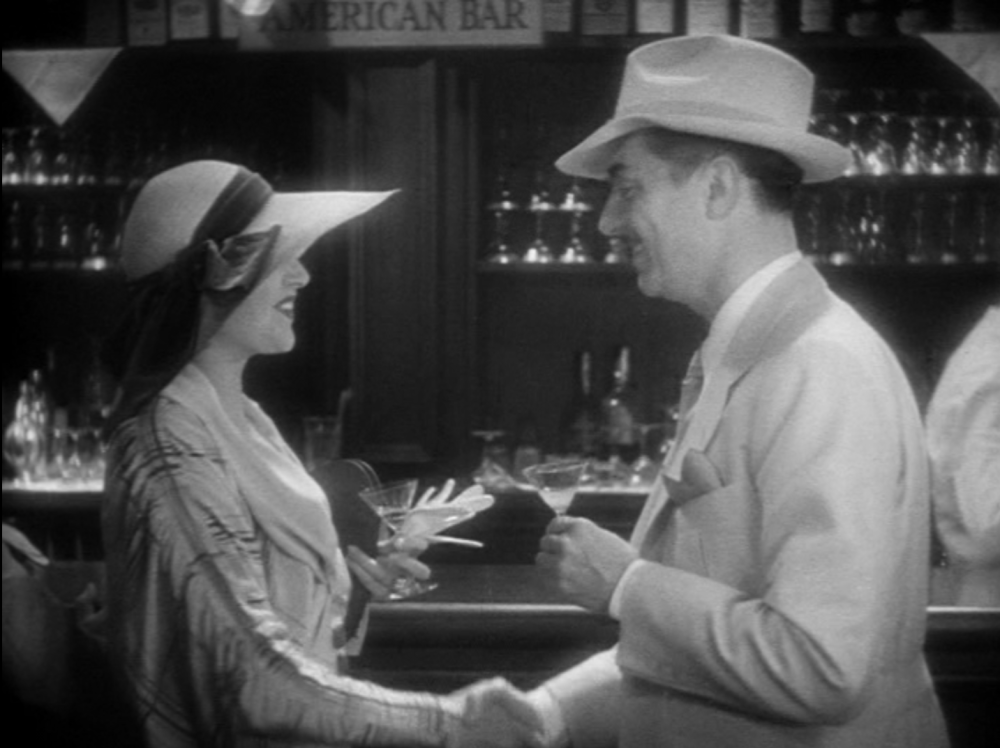 He can also be seen in uncredited roles in Mae West's "She Done Him Wrong," James Cagney's "Picture Snatcher" and Loretta Young's "Midnight Mary." All were released in 1933, the same year he received credit for a small role in "High Gear," from Poverty Row's Goldsmith Productions: That Sept. 24, Donlin suffered a fatal heart attack in his sleep and weeks before the Giants returned to baseball royalty by beating the Washington Senators in the World Series.

And speaking of the Giants, let's flash forward to 1957, when the team was struggling despite having Willie Mays in his prime. The Polo Grounds and its surrounding neighborhood had deteriorated, attendance was dismal and owner Horace Stoneham was seeking new digs.

Minnesota's Twin Cities seemed to have the inside track (the Giants' top farm team was in Minneapolis), but Brooklyn's Walter O'Malley -- whose Dodgers were bound for Los Angeles -- persuaded Stoneham to go to San Francisco to transplant their rivalry on the West Coast. Sixty-two years ago tomorrow, the Giants' board of directors approved the move, and O'Malley officially moved the Dodgers that October.

On Sept. 29, the Giants bid adieu to the Polo Grounds when they played the Pittsburgh Pirates. Here's a few minutes of color video footage of the oddly-shaped venue taken that day; in 1962 and '63, it would serve as the expansion New York Mets' temporary home: https://www.si.com/mlb/video/2017/09/29/new-york-giants-polo-grounds
Collapse