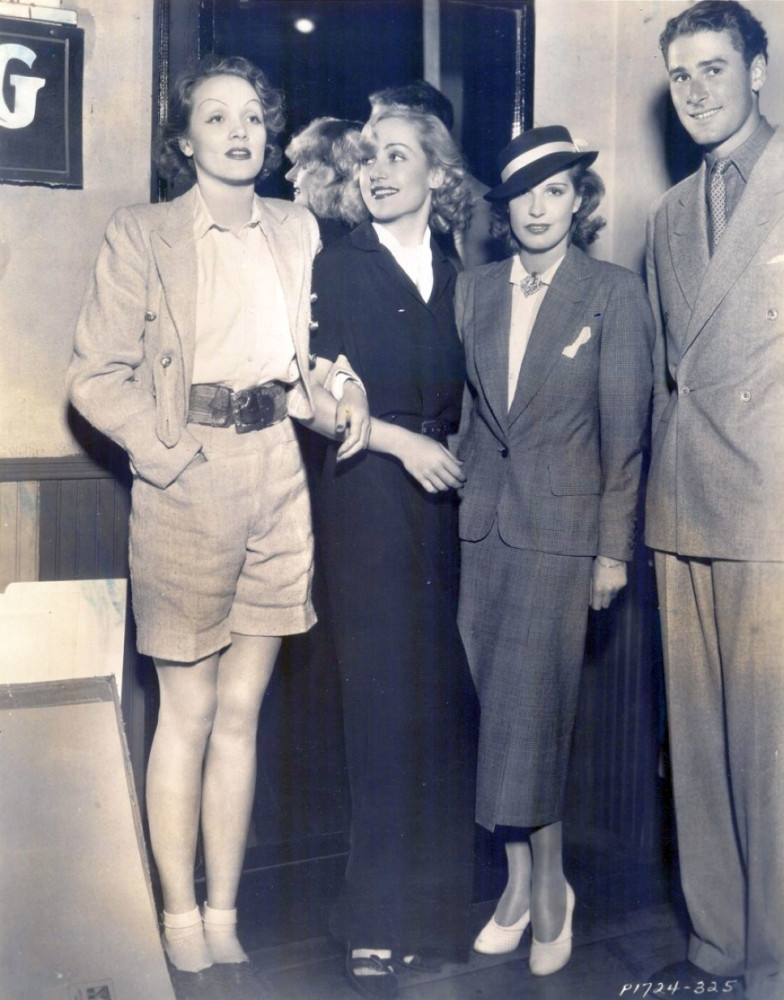 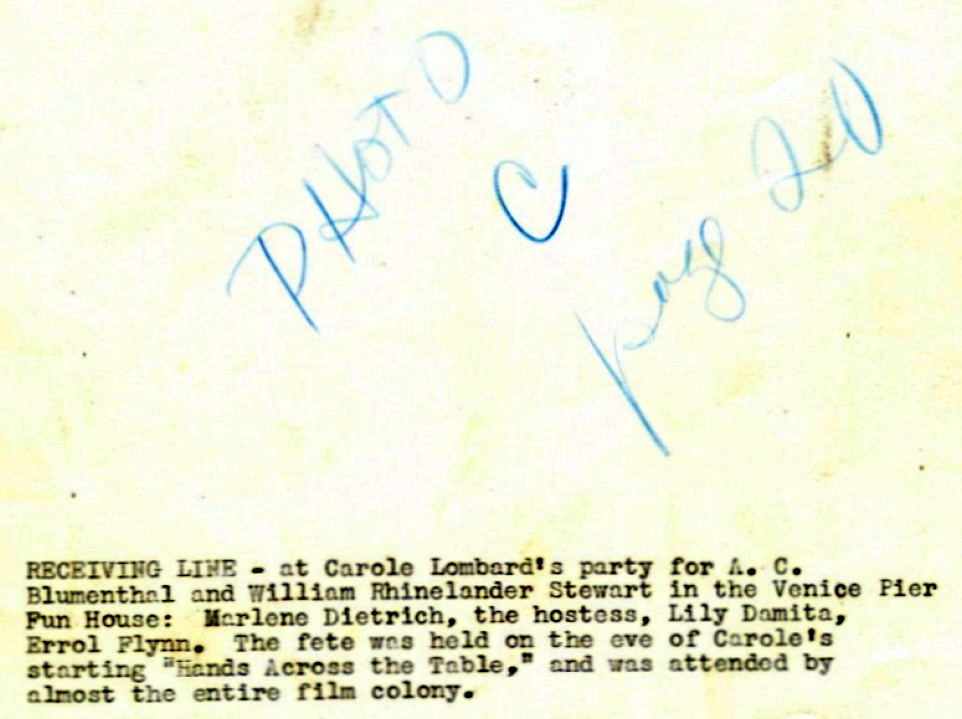 Today is Errol Flynn day on Turner Classic Movies in the U.S.' "Summer Under The Stars," which brings to mind that in the summer of 1935, Flynn, along with wife Lili Damita and Marlene Dietrich, were among the guests at Carole Lombard's party at the long-gone Venice Pier.

Three years later, Lombard and Flynn were featured in a new publication with an old name -- something that quickly became a journalistic smash. We're referring to Henry Luce's Life magazine, shown here with its first issue on Nov. 23, 1936: 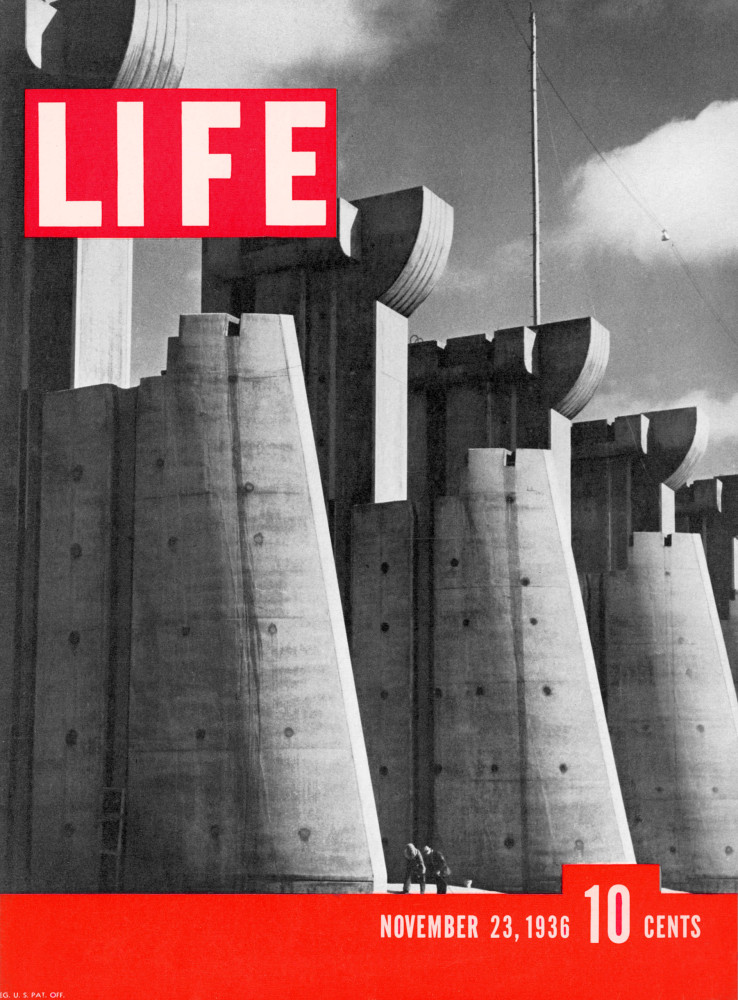 This Life, completely unrelated from a humor magazine of the 1920s, pioneered photojournalism and spawned numerous imitators (Look was probably the best known). Lombard and Flynn were both cover subjects in 1938, Errol on May 23, Carole on Oct. 17: 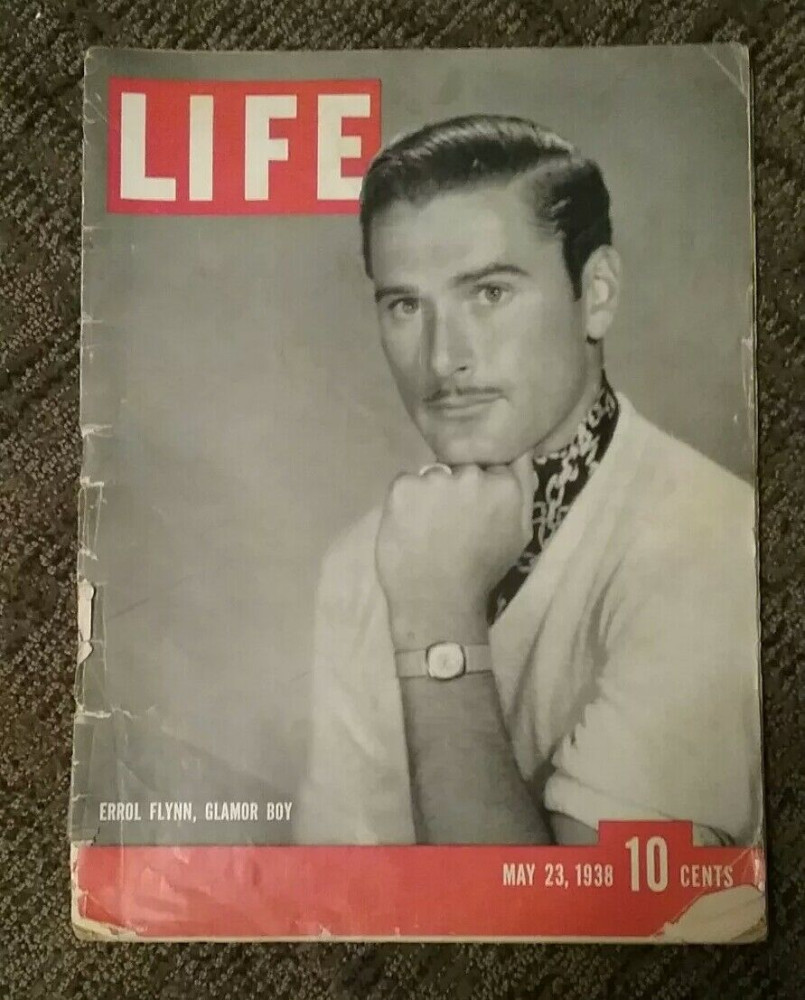 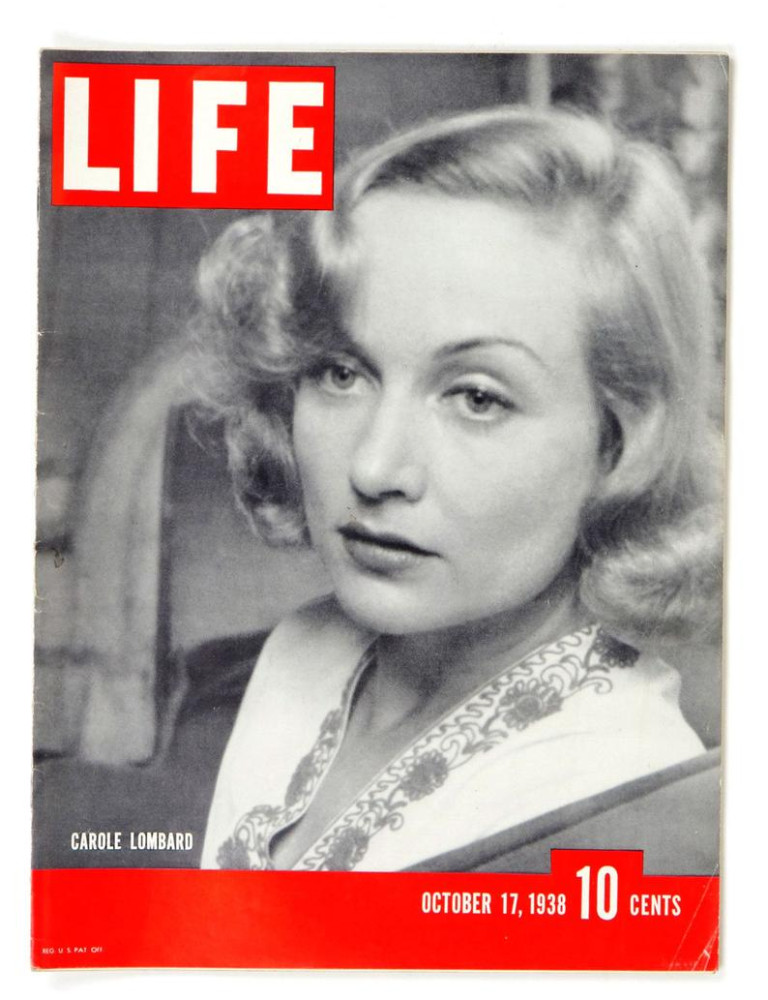 These issues, and 24 more from that year, now are available at eBay. Here's the stac, topped by Lombard's issue: 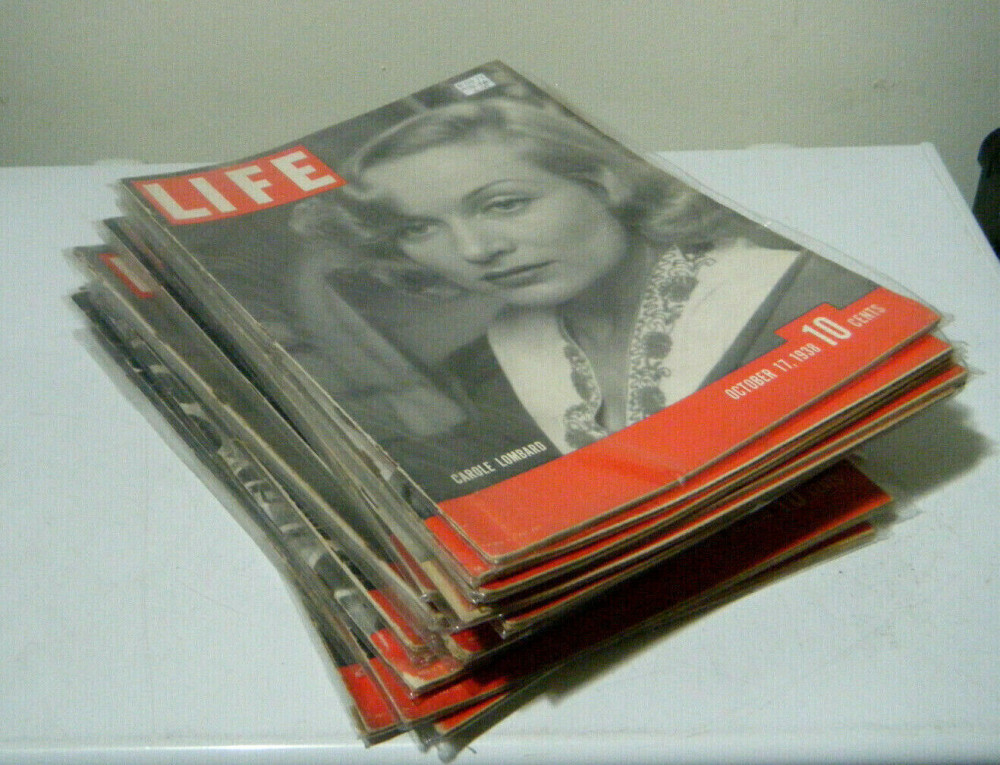 As for the individual covers, here they are in groups: 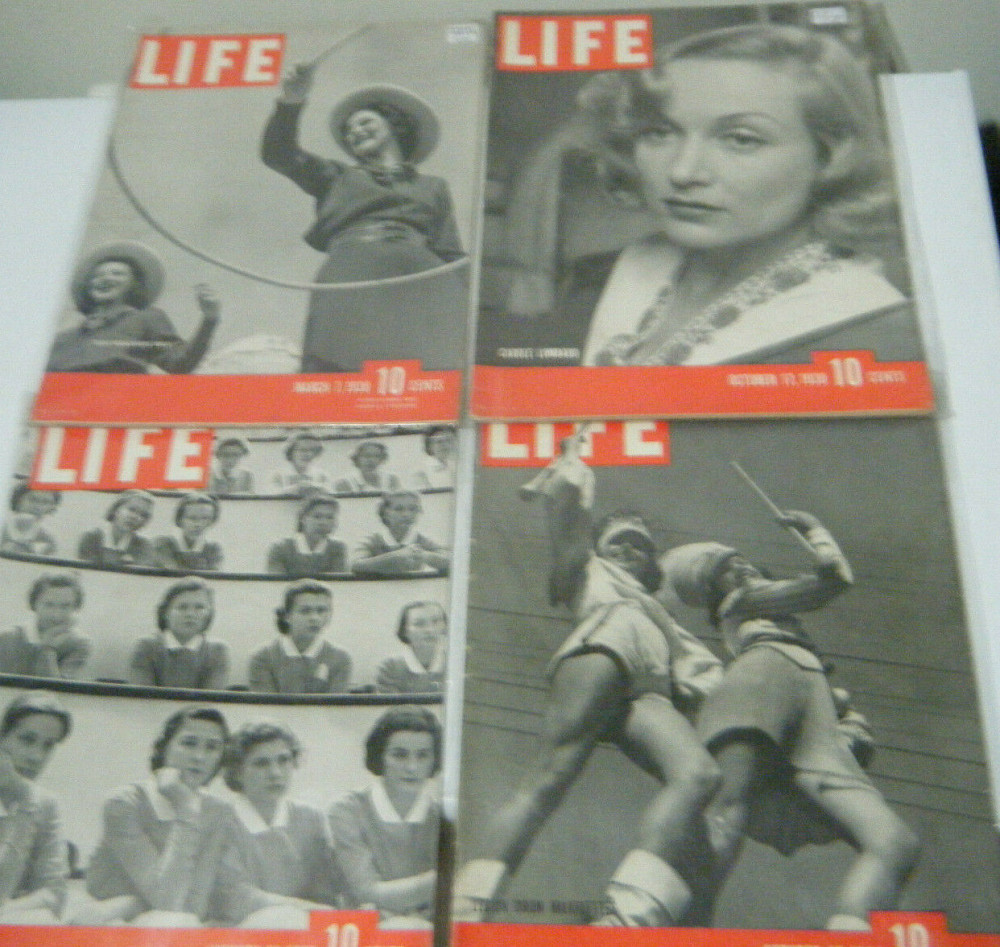 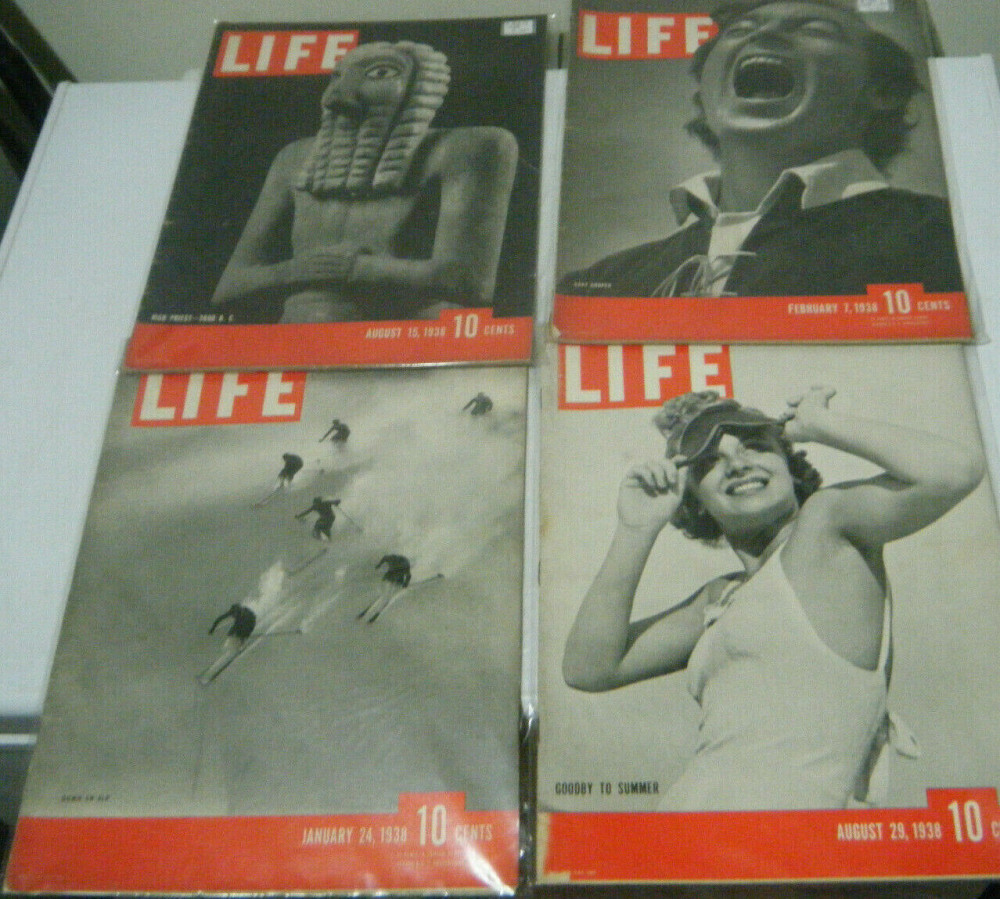 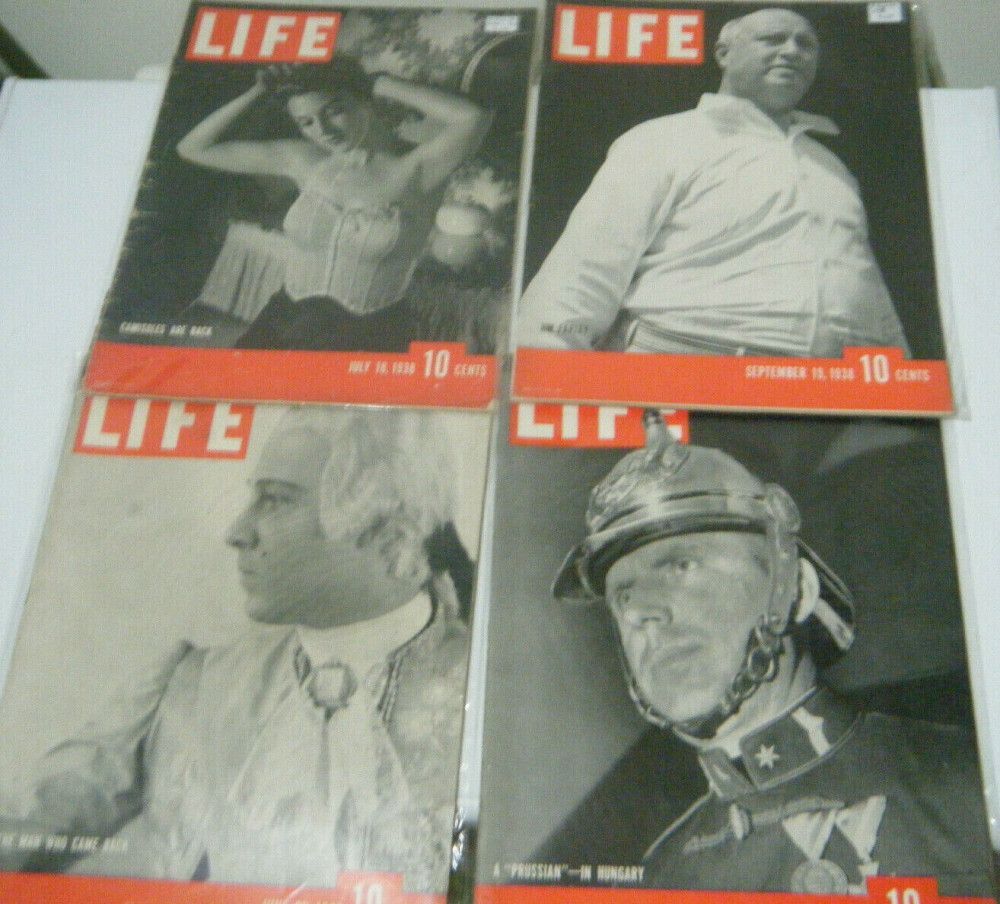 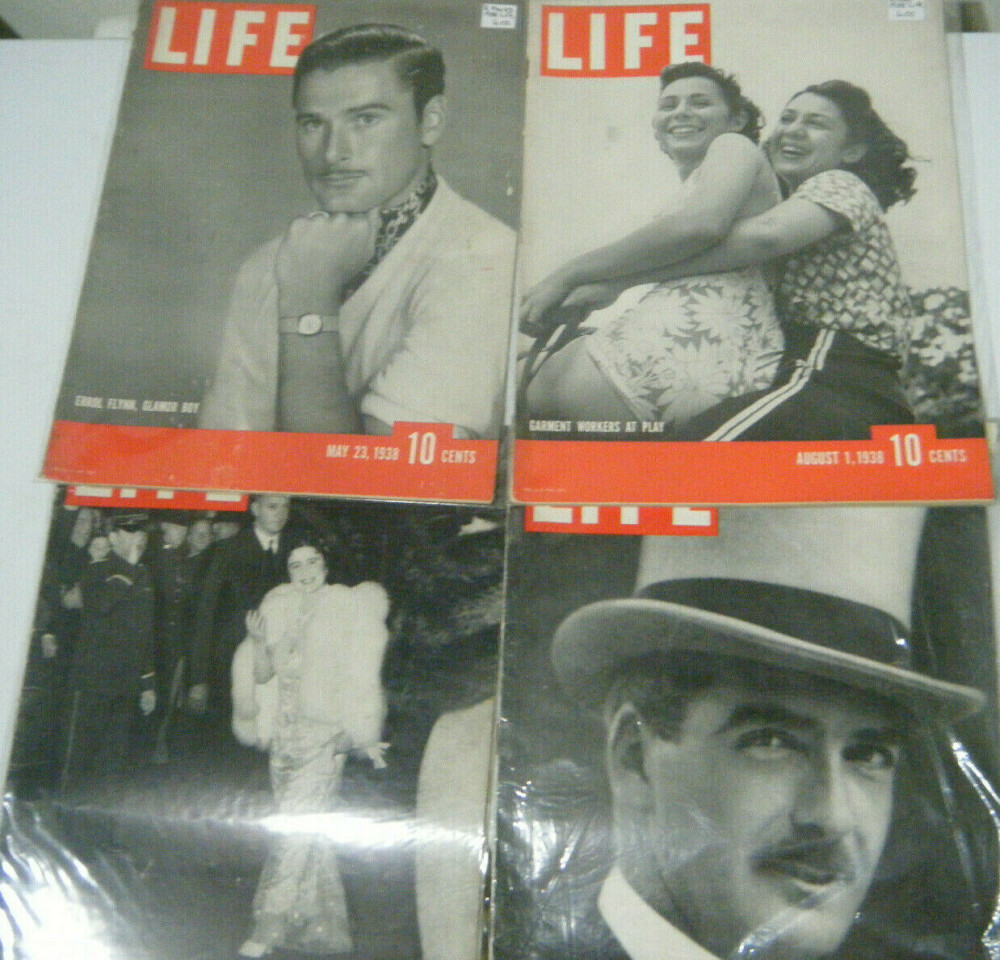 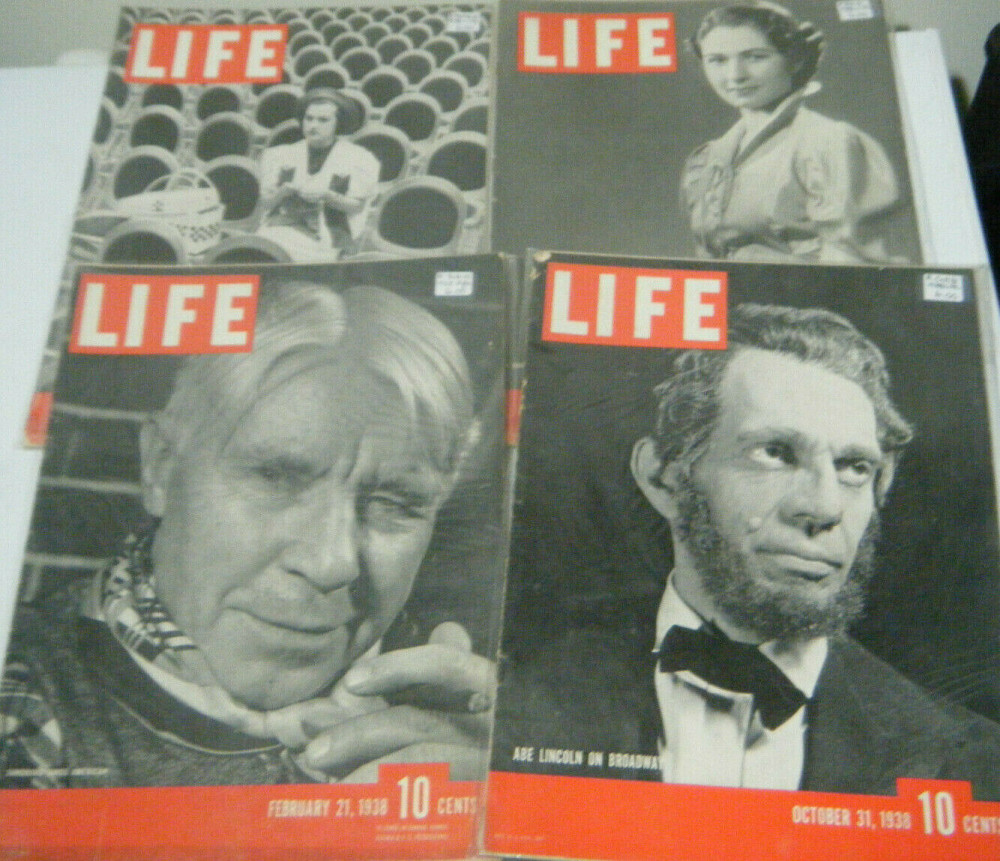 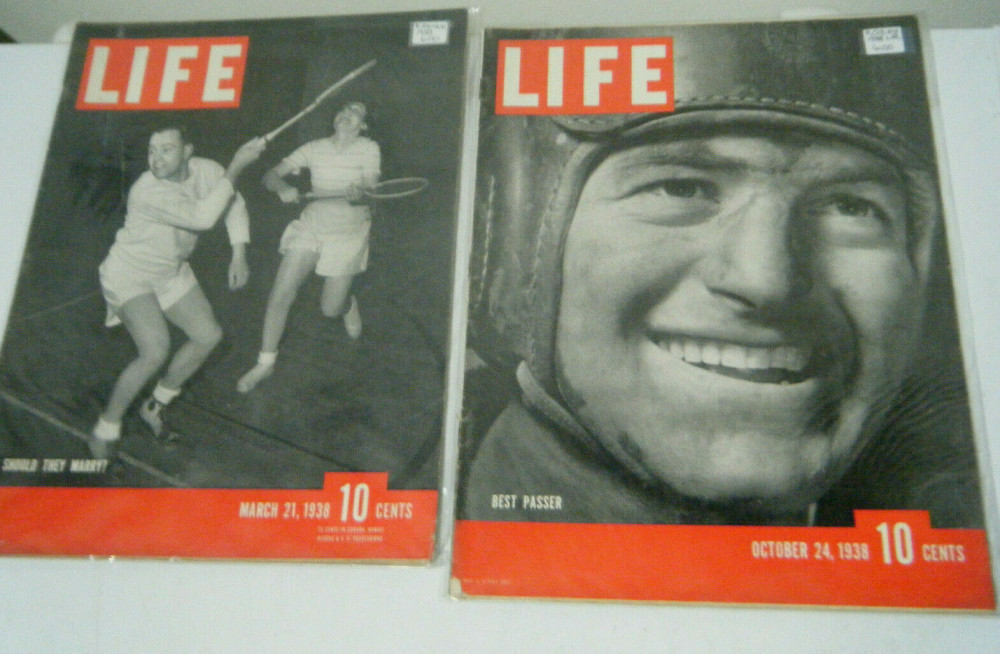 These issues have a mailing address sticker on the lower rear cover: 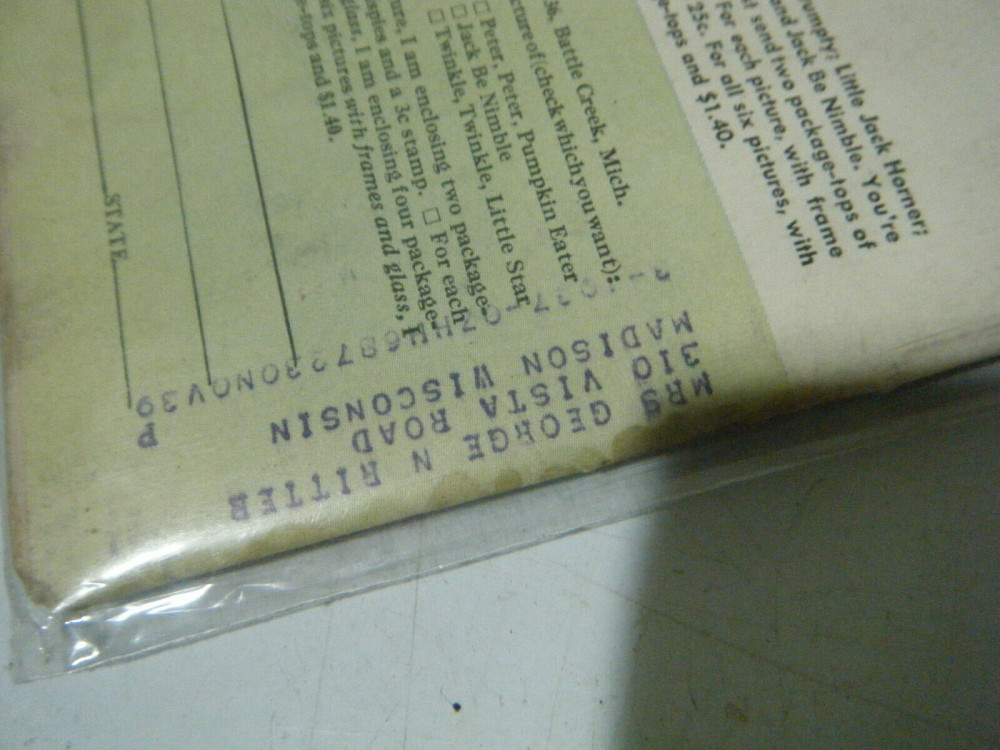 Note that due to obvious wear, these issues are listed in "acceptable" condition.

You can get vintage Life into your life, all 26 issues for $50. Few properties are a better gateway to late '30s America than this groundbreaking publication. Buy it or learn more, by visiting https://www.ebay.com/itm/1938-Life-Magazines-Lot-of-26-issues-Carole-Lombard-Errol-Flynn-etc/254311504298?hash=item3b362599aa:g:TZ8AAOSwLGlcrof5.
Collapse