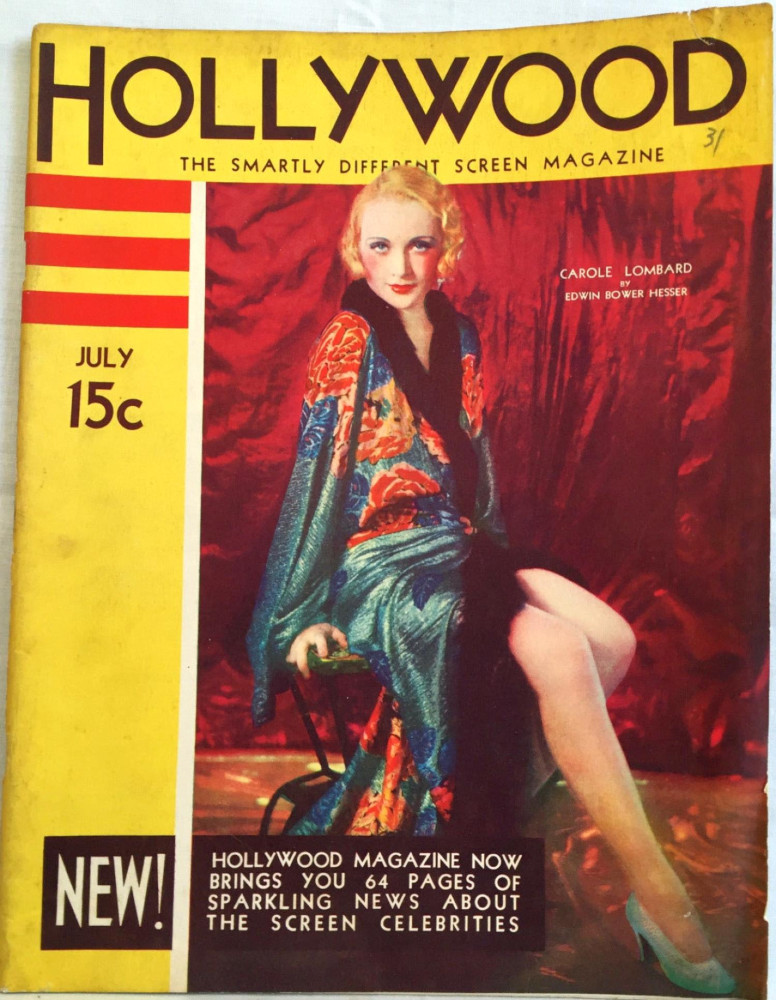 This, from Hollywood in July 1931, may have been Carole Lombard's first cover of an English-language American fan magazine. (She'd graced the front of Spanish-language fanmags in 1929.) Note it's actual color photography, an experimental process from the renowned glamour artist Edwin Bower Hesser.

For the rest of her life, Carole would remain a popular cover subject. Now five of them have been grouped together as one eBay item: 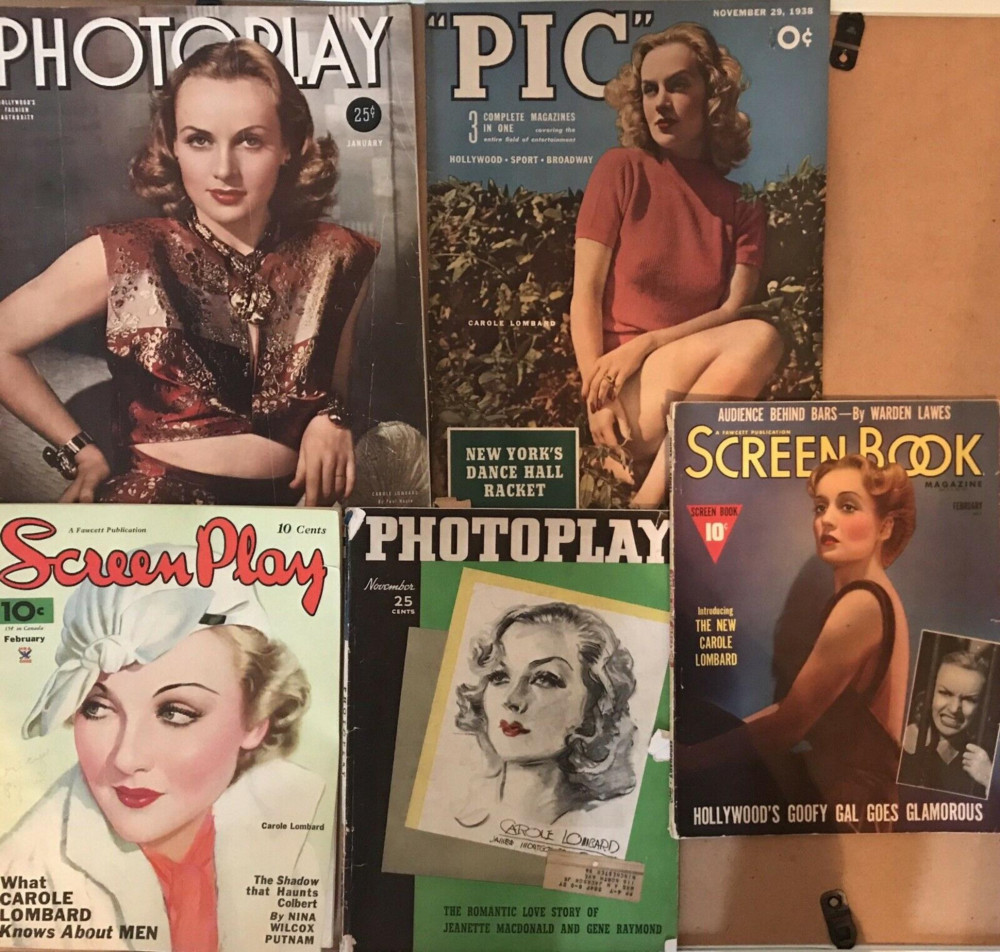 Let's review the offerings one by one. First, Screen Play, from February 1935: 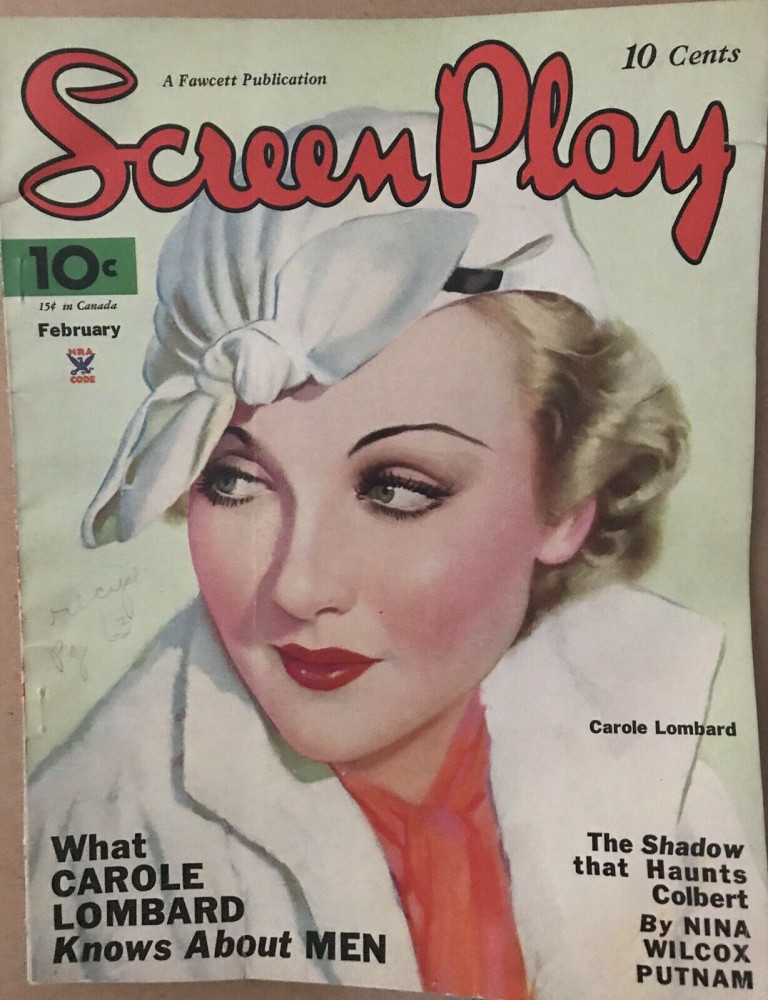 That cover story, "What Carole Lombard Knows About Men," can be found at https://carole-and-co.livejournal.com/690603.html. 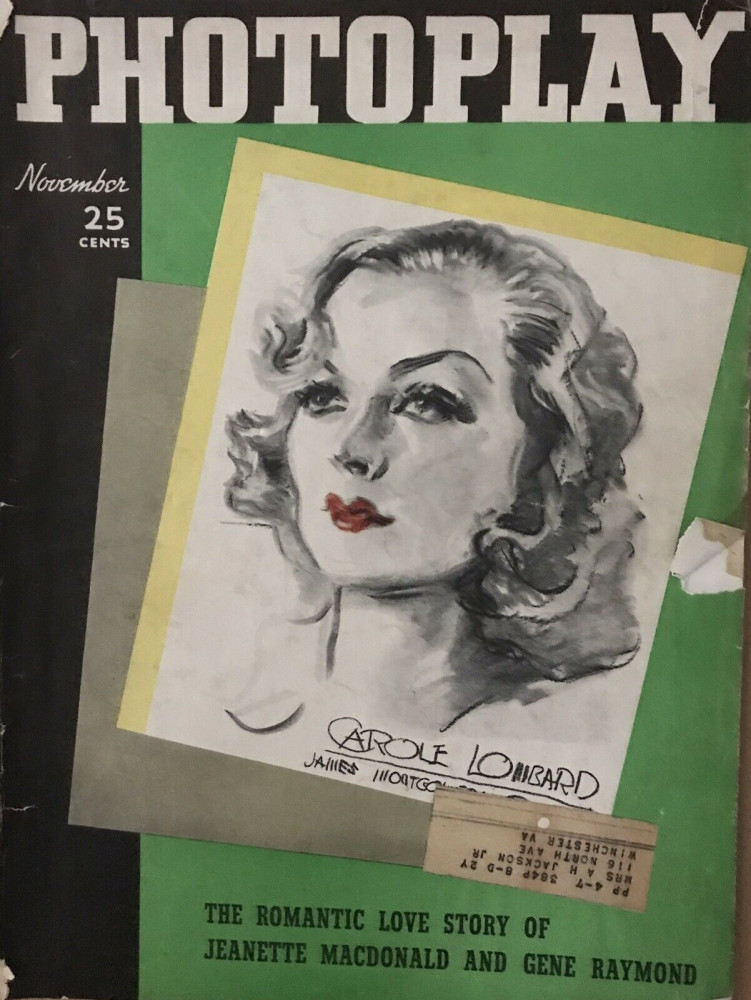 Esteemed illustrator James Montgomery Flagg drew this, part of a series of covers he did for the magazine (https://carole-and-co.livejournal.com/925994.html).

Pic wasn't really a fan magazine, but a general-audience publication that was an imitator of Life (as opposed to the films "Imitation Of Life"!). Barely a month after fabled Alfred Eisenstaedt captured Carole in an uncharacteristically subdued mood... 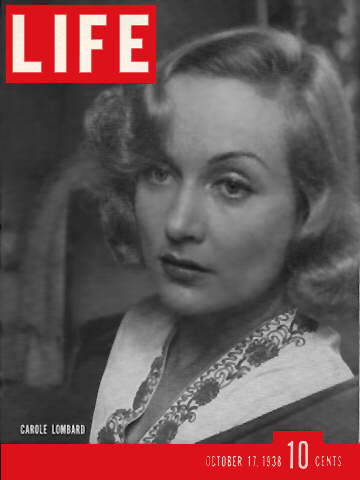 ...Pic responded with this casual (and by Lombard standards, buxom) cover image for its Nov. 29, 1938 issue: 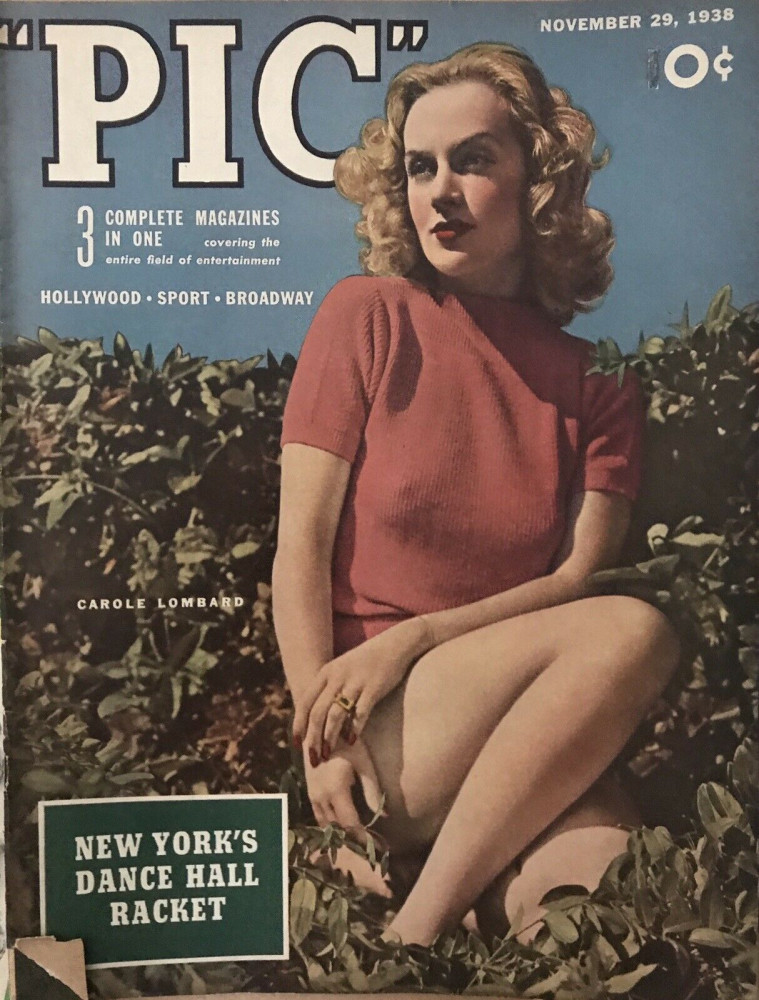 I have no idea whether any Lombard-related stuff is inside.

By early 1939, Carole was telling the studios "no time for comedy," and that February's issue of Screen Book examines the change: 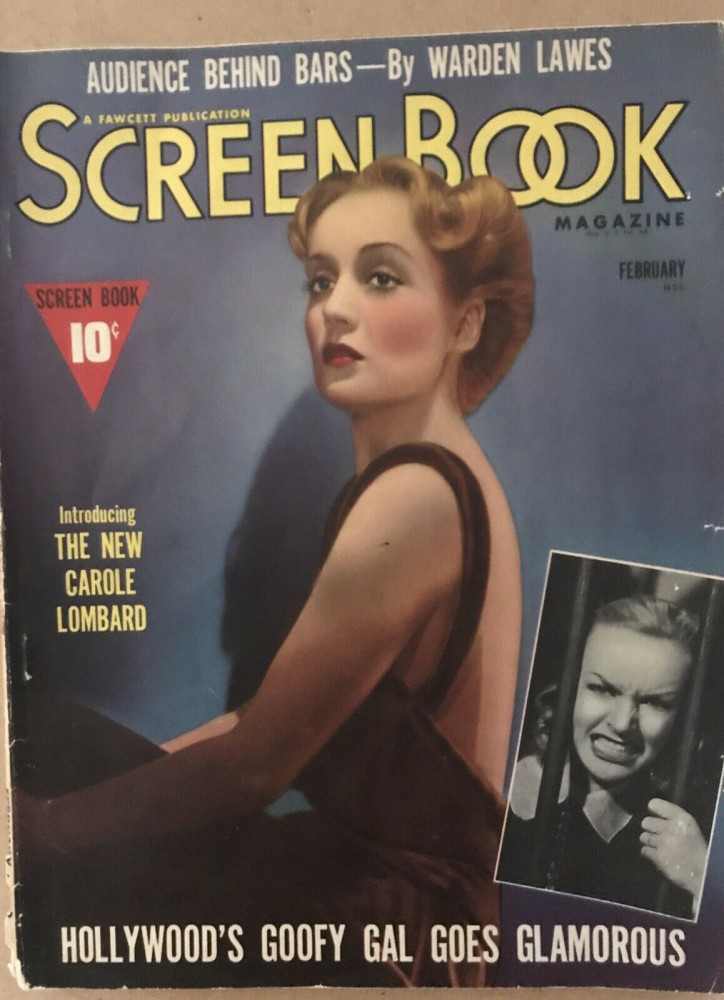 Finally, Photoplay again, this from January 1940: 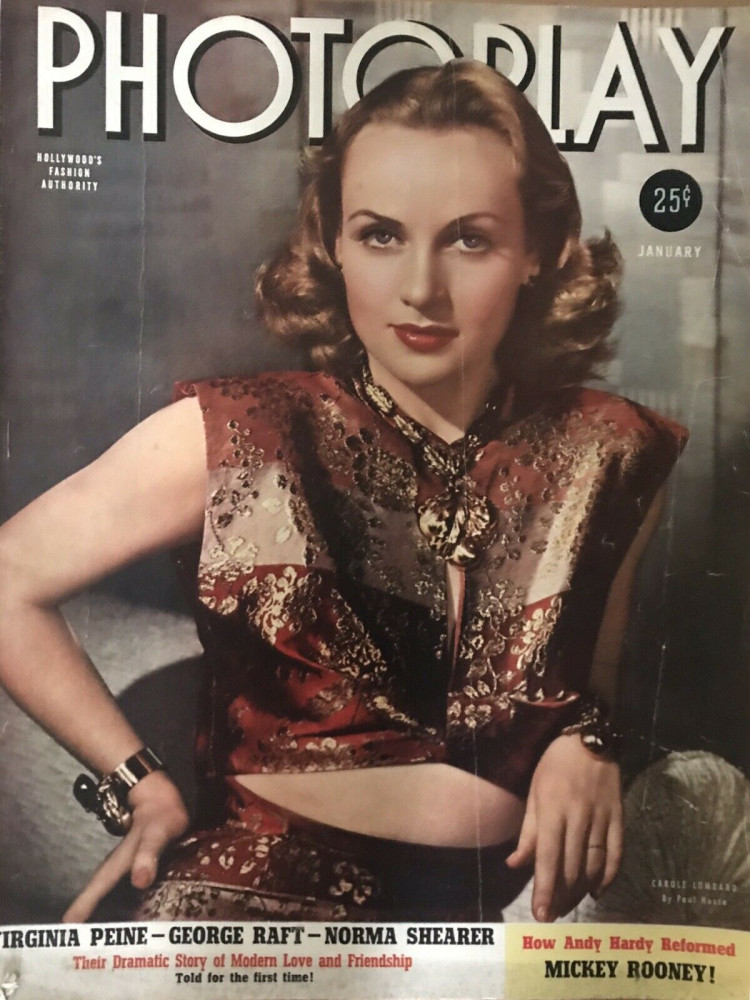 Bidding for the fanmag quintet begins at $50, with the auction slated to close at 4:58 p.m. (Eastern) Sunday. To check it out and perhaps place a bid, visit https://www.ebay.com/itm/Five-Carole-Lombard-Vintage-Movie-Magazines/163814244255?hash=item262416ff9f:g:29EAAOSwOIJdPgt3.
Collapse