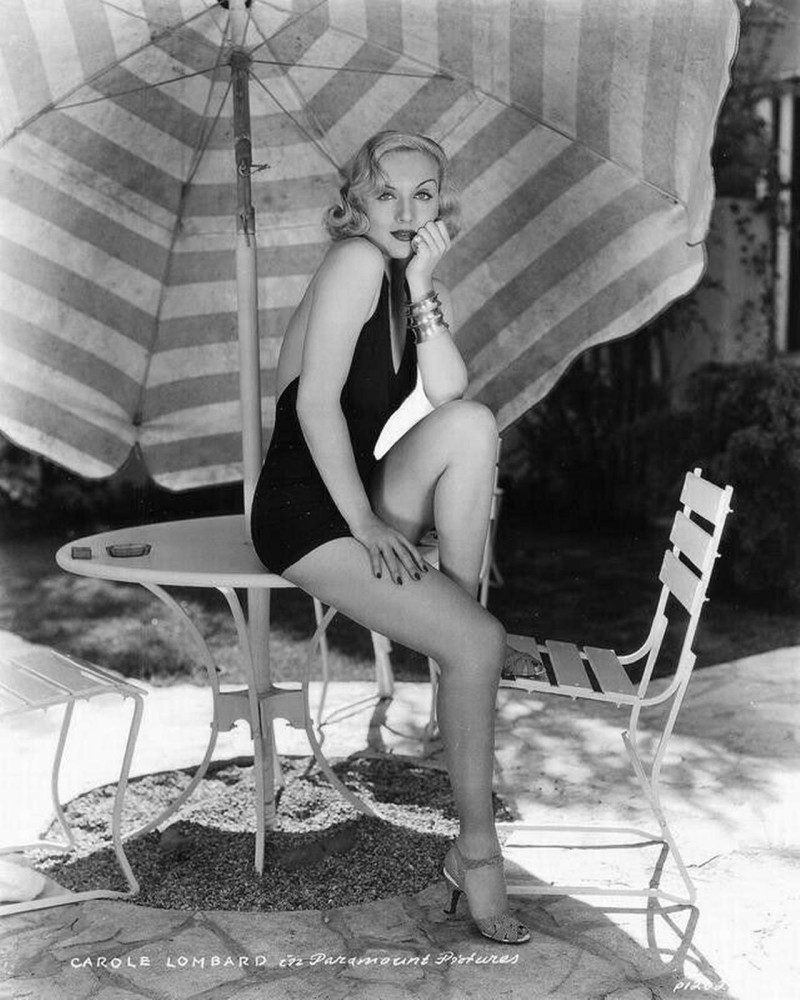 "THIS IS AN AMAZING PHOTO!" states the seller of this Carole Lombard eBay item, and few fans would disagree. It's a simply luscious, leggy look at Lombard in a swimsuit, and that come-hither stare from her would reduce any man (and more than a few women!) to an emotional puddle. She's nearly otherworldly, a goddess cavorting among us puny mortals.

It would be even more amazing if we knew where it stood in her p1202 pantheon.

As many Lombard fans know, p1202 is the Paramount player number the studio assigned her in mid-1930, one she'd retain for the next seven-plus years. But while we know this pic is part of the series, we don't know its specific number. The lack of contrast in the lower right-hand corner makes it impossible to discern. Witness an enlargement, near Lombard's painted toenails: 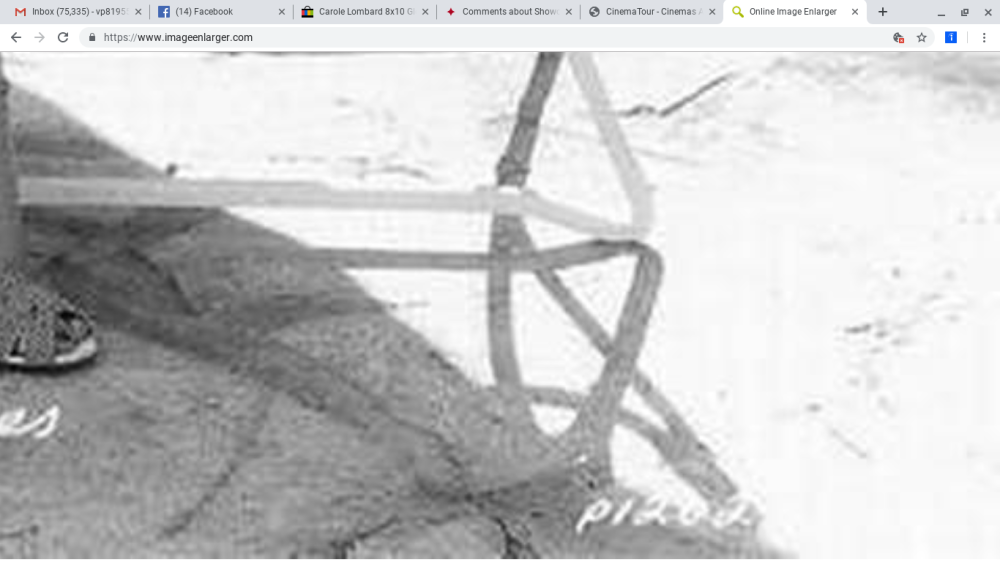 So I decided to try some photographic tricks. First, a negative of that enlargement: 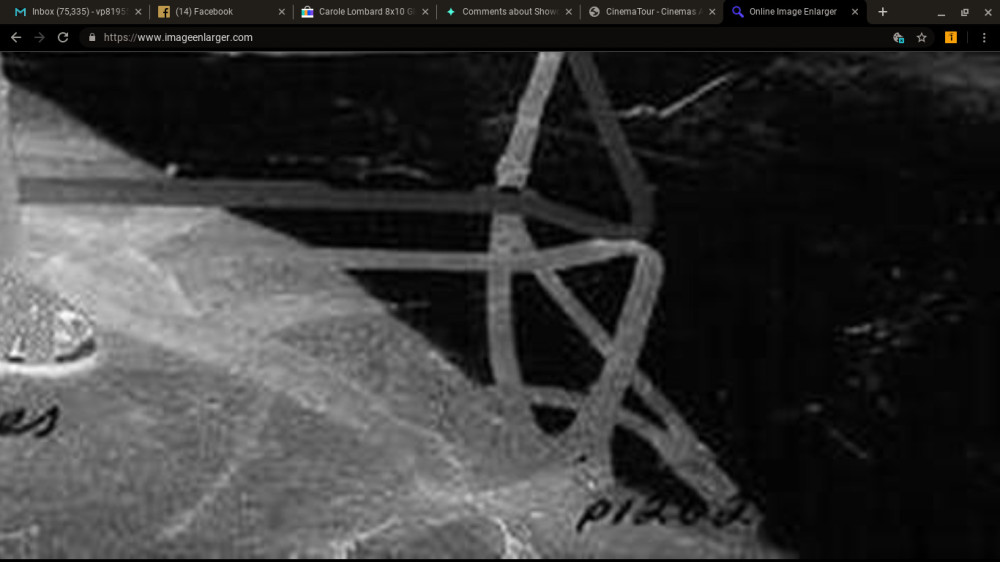 Then, the image in sepia: 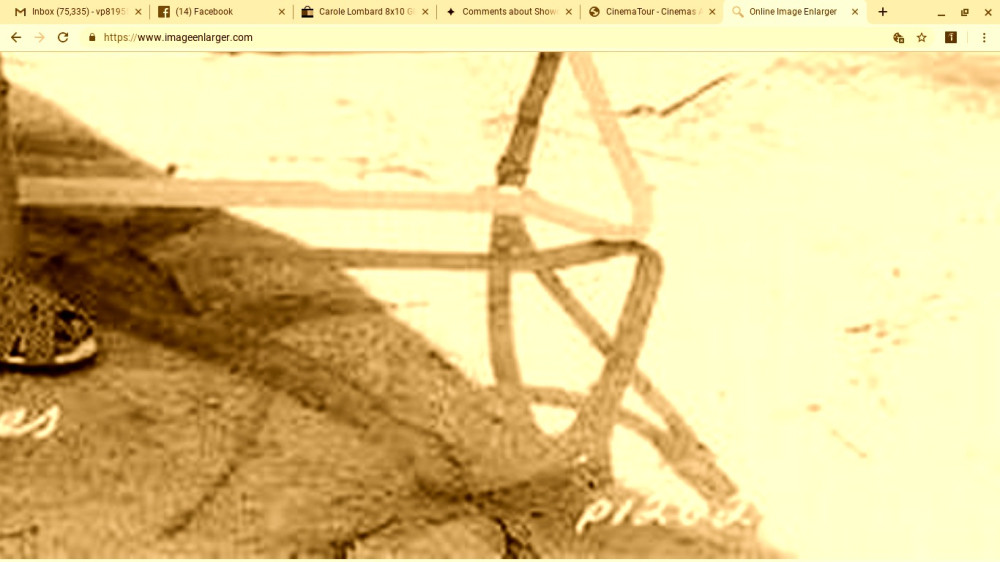 Heck, we even tried a sepia negative: 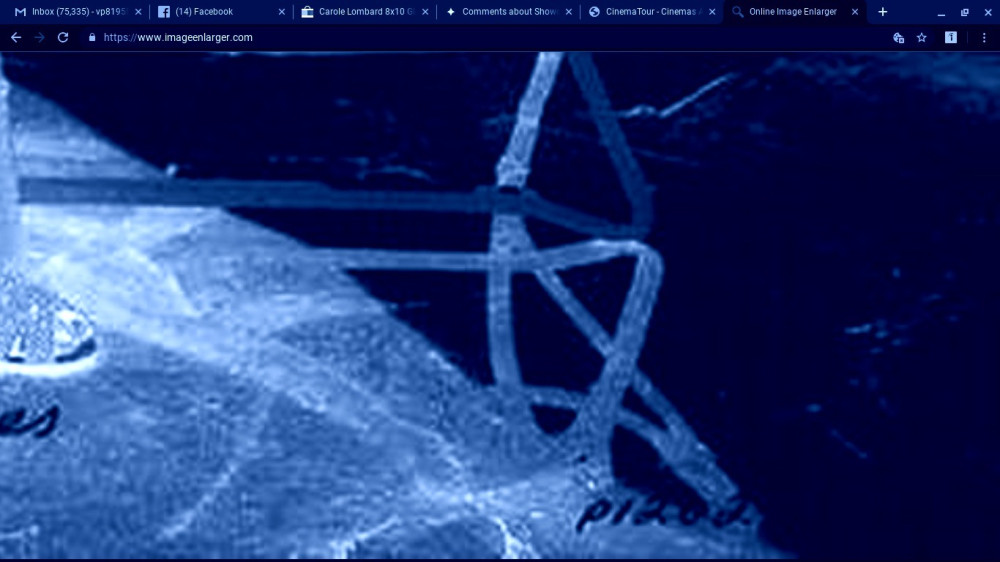 As you can tell, none of these provided sufficient contrast to give us an answer. Perhaps one of you knows enough about image trickery to give it a try and solve this mystery.

Meanwhile, savor everything else about this pic -- it's an 8" x 10" reproduction print on high-gloss photographic paper. (Perhaps an original version of this photo lists the p1202 number with a snipe on the back. The only other possible solution is if Paramount catalogued the images and sufficiently described them, and I doubt such a file exists in its archives.)

Do we need to consult Philo Vance? 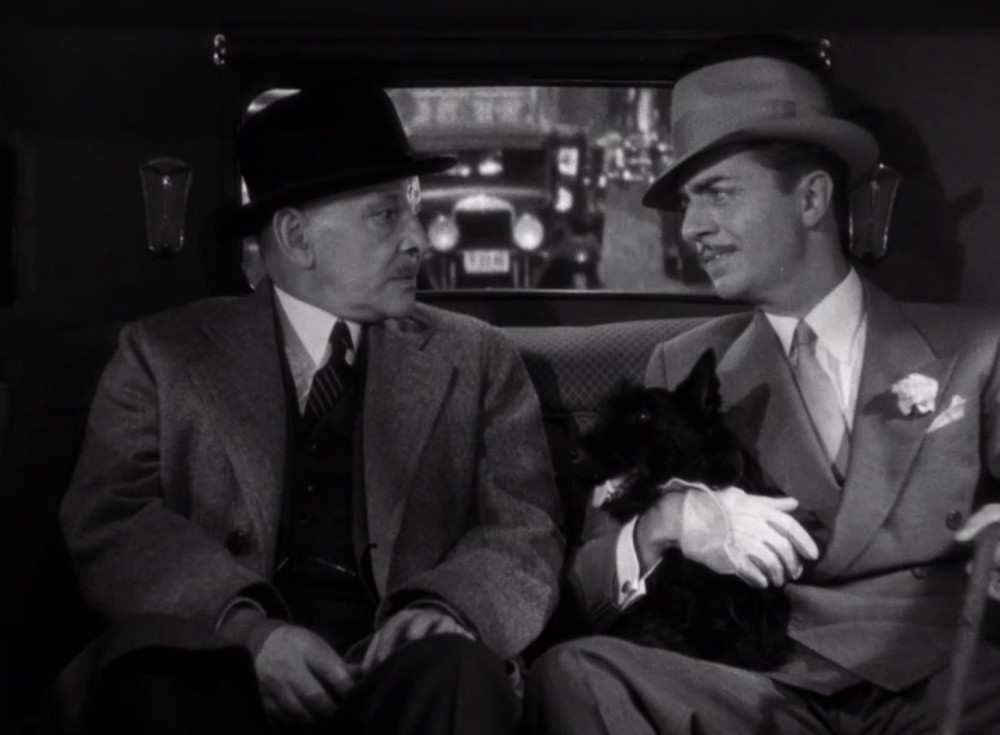