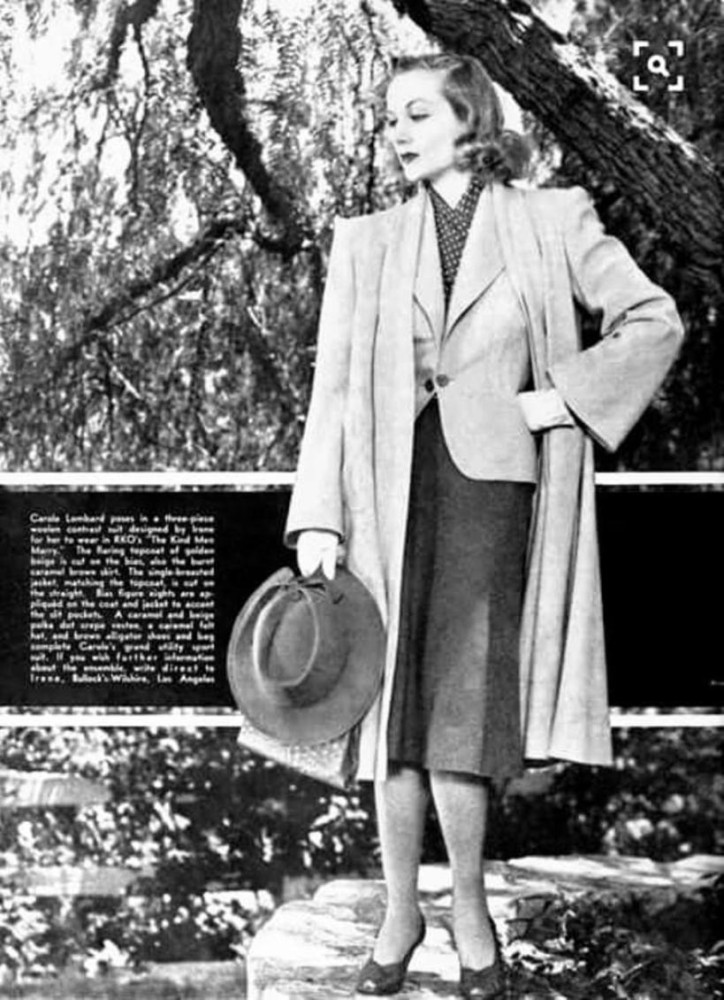 Carole Lombard looks her usual stylish self in this 1939 fan magazine photo promoting her upcoming film "The Kind Men Marry" (a title soon altered to "In Name Only"). But note who designed it and where it came from -- a tag from a suit supplies the answer: It's the legendary "Irene" (Irene Lentz Gibbons), who succeeded Travis Banton as Carole's couturier of choice (https://carole-and-co.livejournal.com/445941.html). And Irene was associated with this legendary store, a favorite of Lombard, scores of other stars both male and female, and those who simply sought to emulate their style. Bullocks Wilshire, on Wilshire Boulevard just east of Vermont, served generations of Angelenos after its opening in the fall of 1929. It exuded glamour to the nth degree, as this image from the 1930s attests: 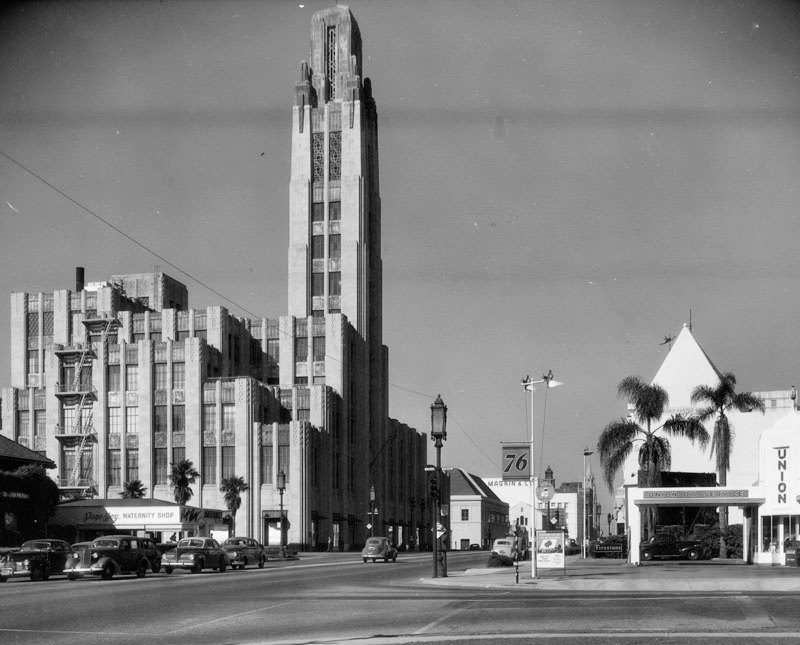 Changing shopping habits, along with urban unrest in its neighborhood, led to its closing in 1993. There were fears it would go the way of another art deco architectural marvel, downtown's Richfield Building, razed in the late '60s for a pair of soulless towers: 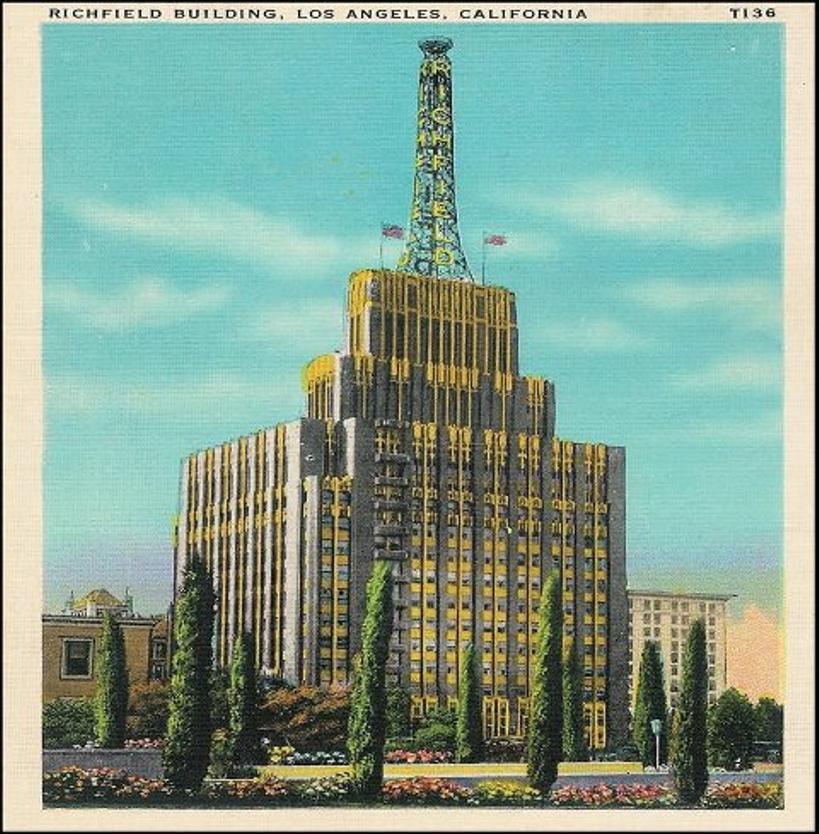 Thankfully that wasn't the case, and for that we can thank... 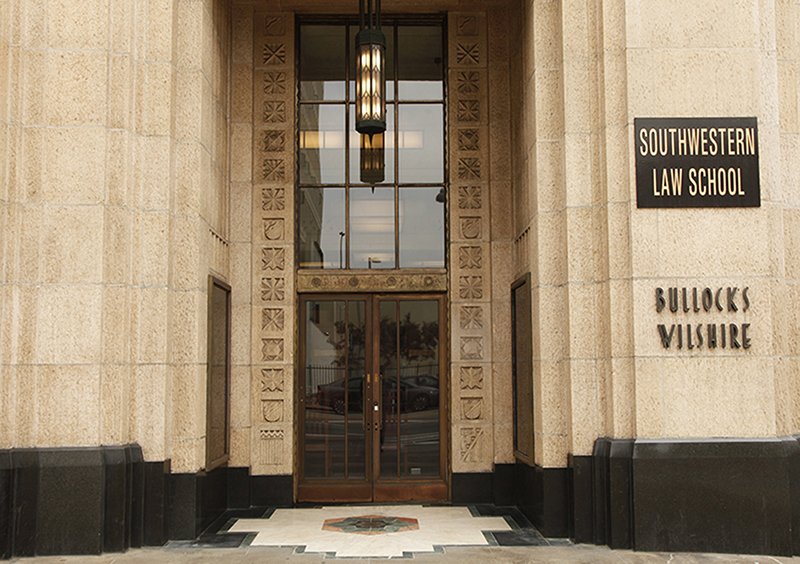 ...Southwestern Law School. The institution not only took over the building, but has preserved much of its glorious past. And once each year, a la the mythical "Brigadoon," it opens to the public as a fundraiser to keep it iconic.

My Facebook friend and Hollywood fashion maven Kimberly Truhler (http://www.glamamor.com/) attended this one-day open house and graciously let me share many of the photos she took: 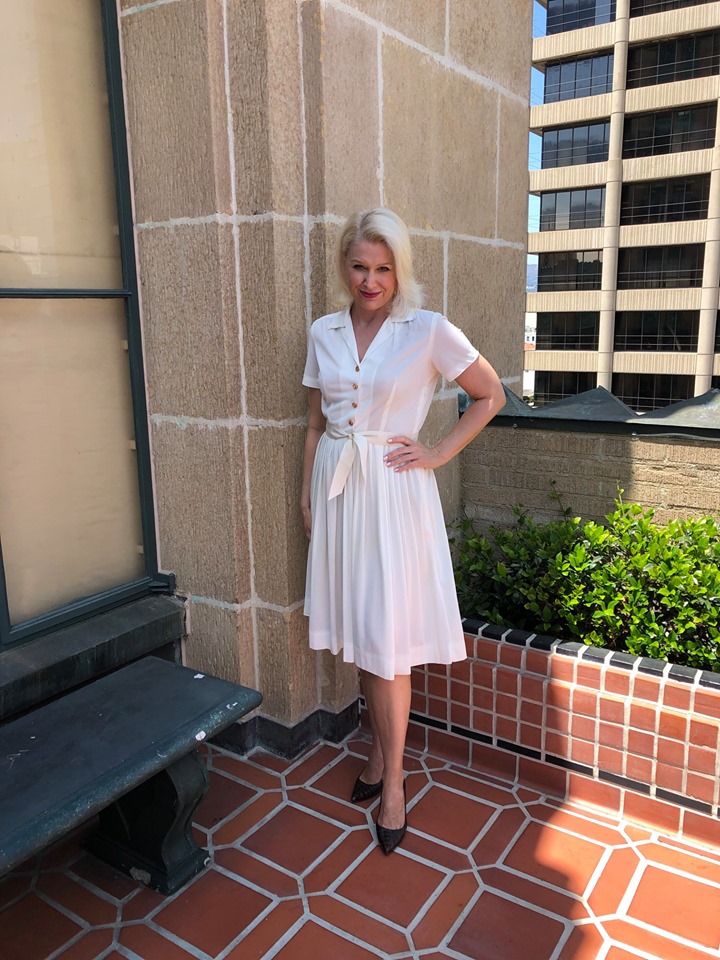 There she is on the fifth-floor balcony, from which you can see downtown LA. Few if any of those skyscrapers were around when this was a department store: 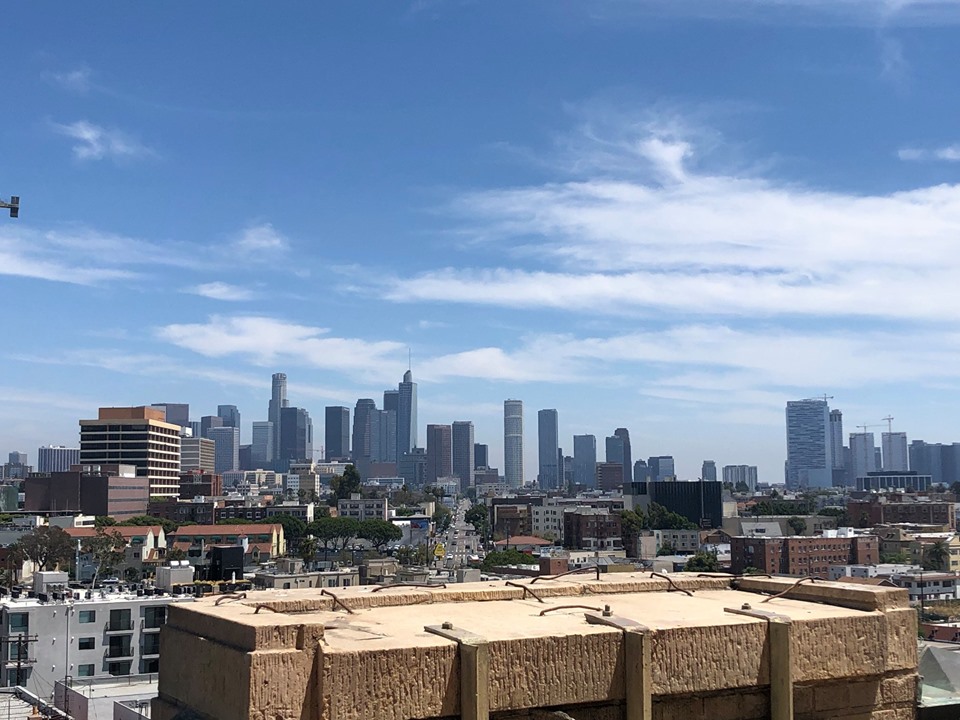 The exterior is stunning, the interior more so. This is the first-floor central hall, which must have wowed Lombard on first visit (not just from sight, but scent -- as is the case for many department stores then and now, this was where perfumes were sold). Its current visual appearance (below) is minimally changed. 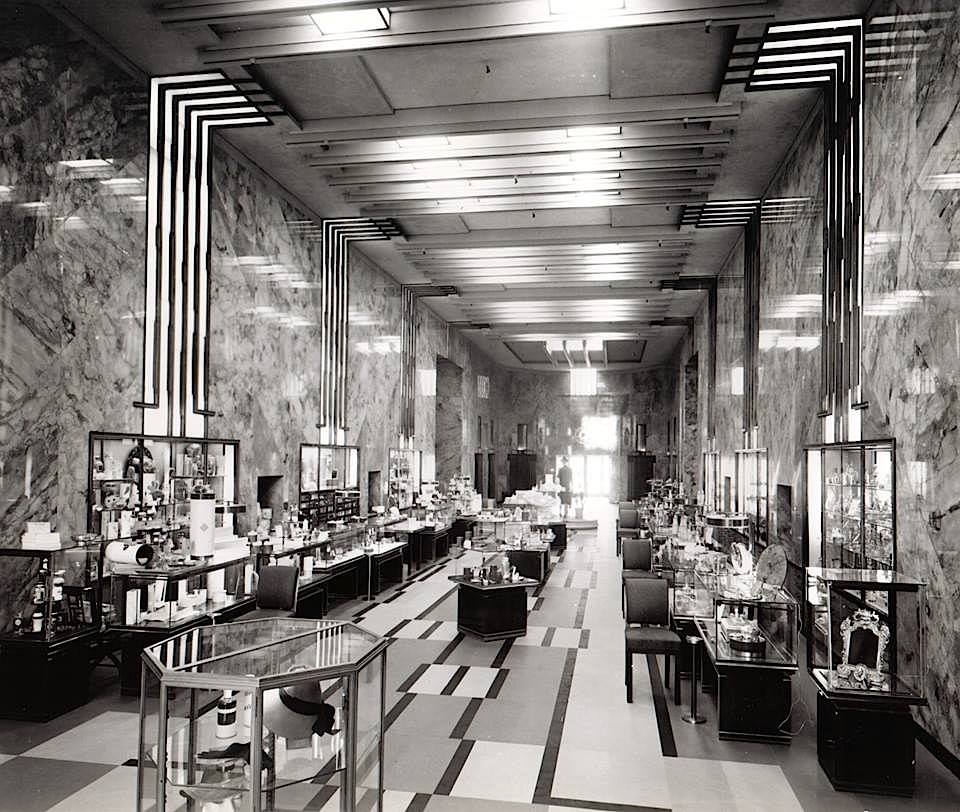 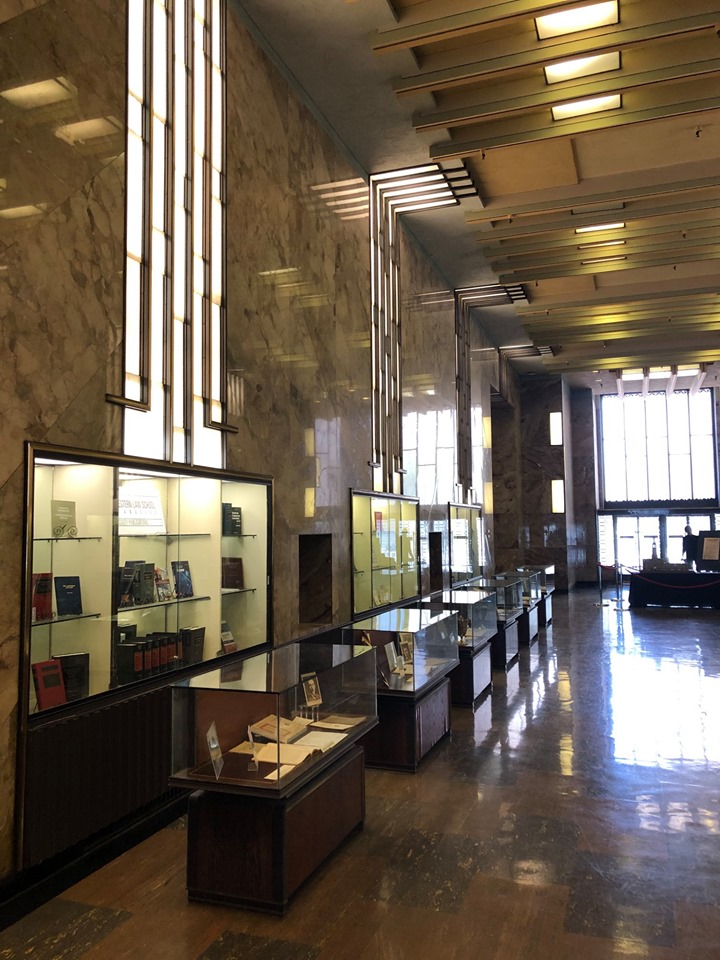 Even the elevator doors can add an art deco touch (as I can vouch from 10 months' work at New York's Chrysler Building). Here's Bullock Wilshire's take on the topic: 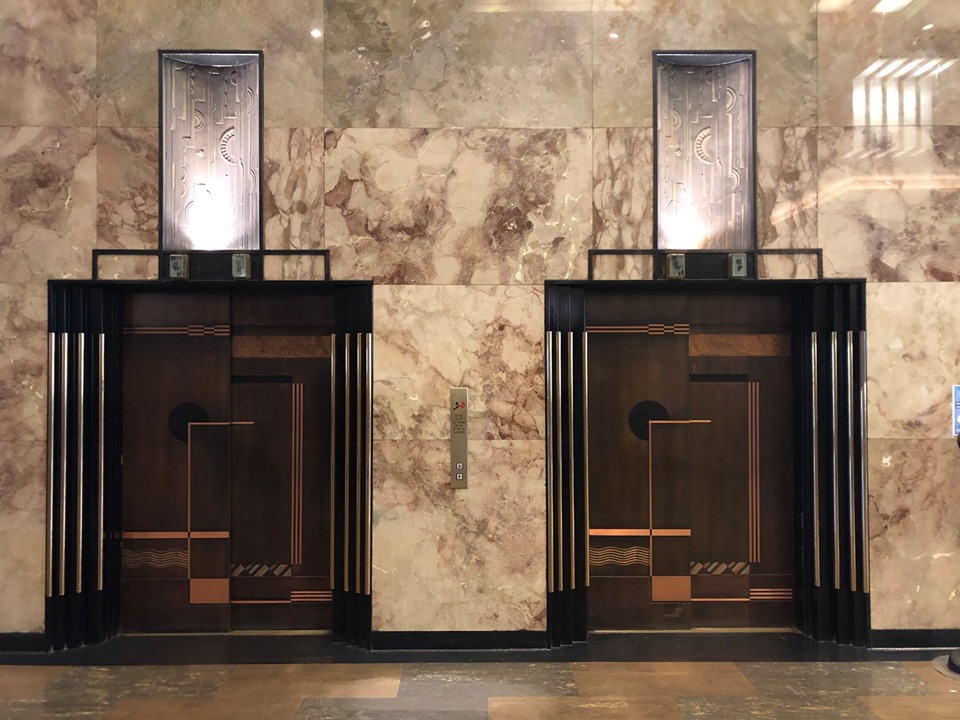 To the second floor we go, and we get a royal feeling from the Louis XVI room. 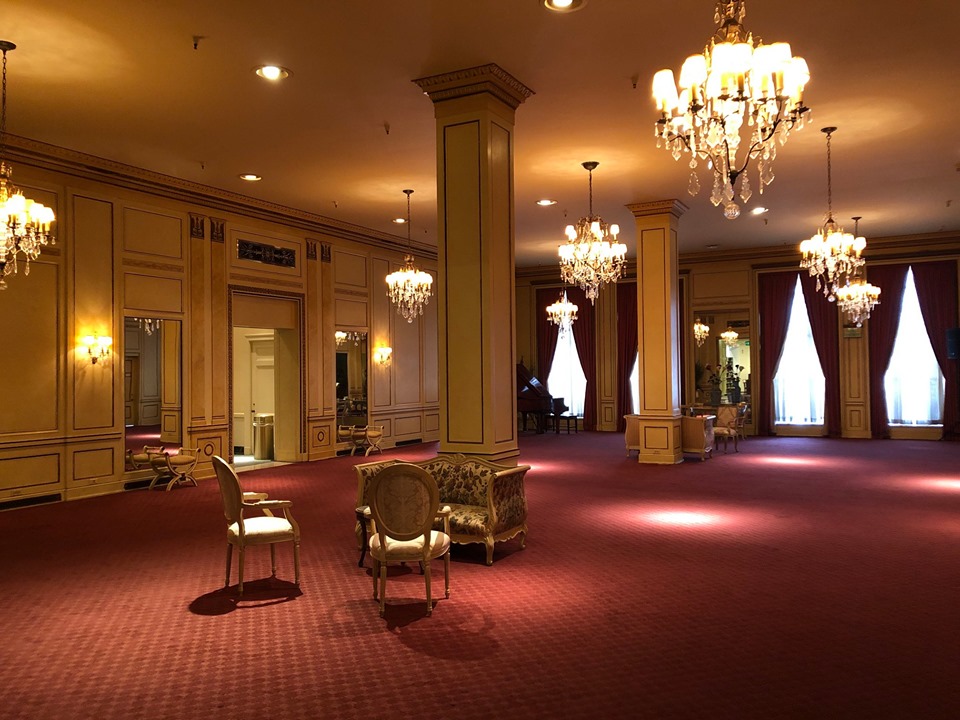 Also on that floor, La Directoire, where gowns and later furs were sold. It featured a fireplace: 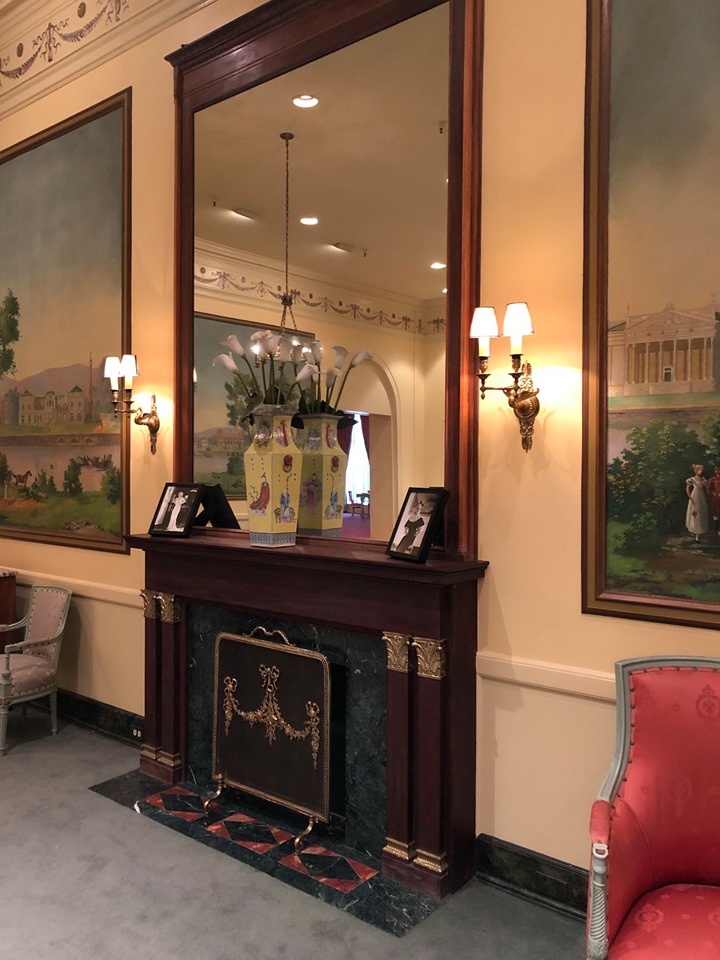 And while I've never seen a photo of Lombard at Bullocks Wilshire, here's one of her good friend Jean Harlow posing in front of said fireplace, taken by George Hurrell: Irene's salon rounded out this floor of glamour. We see her seated at right: 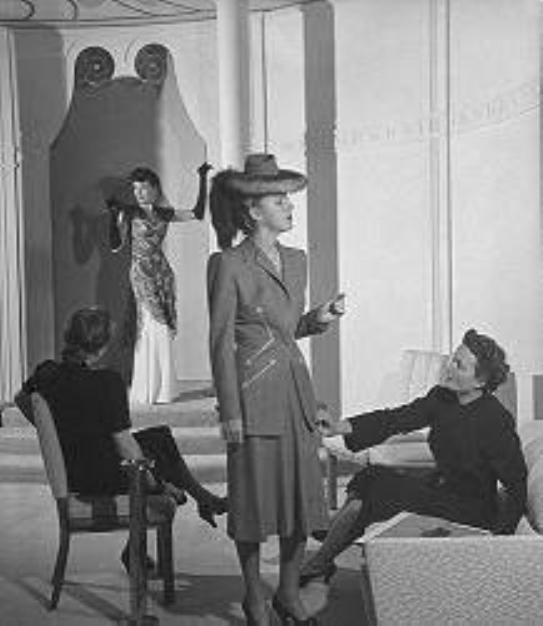 More of the salon, including an image of Kimberly: 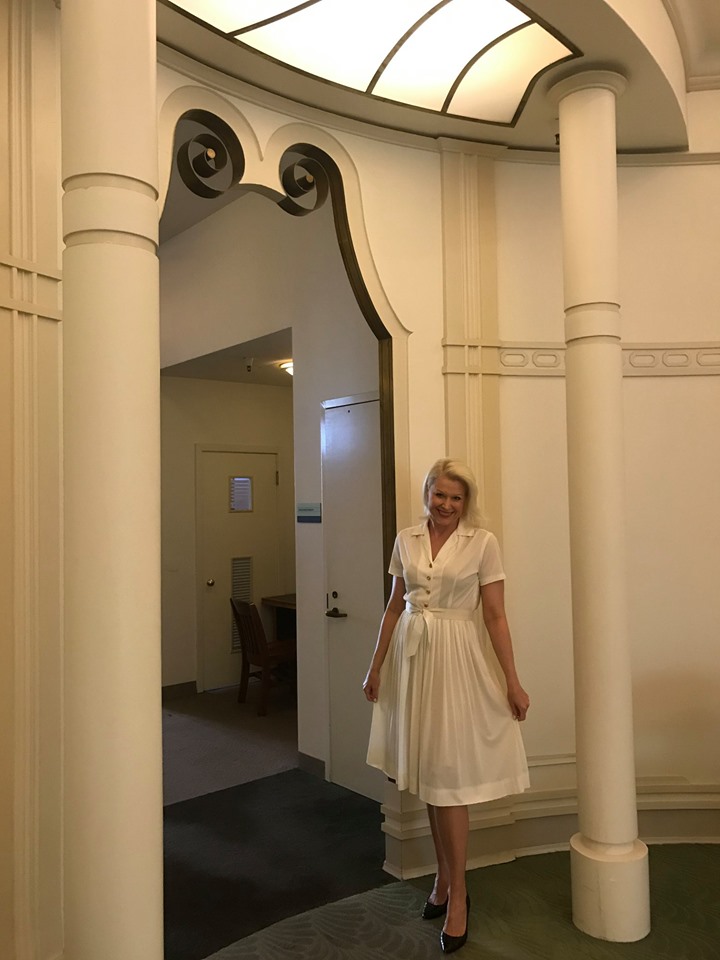 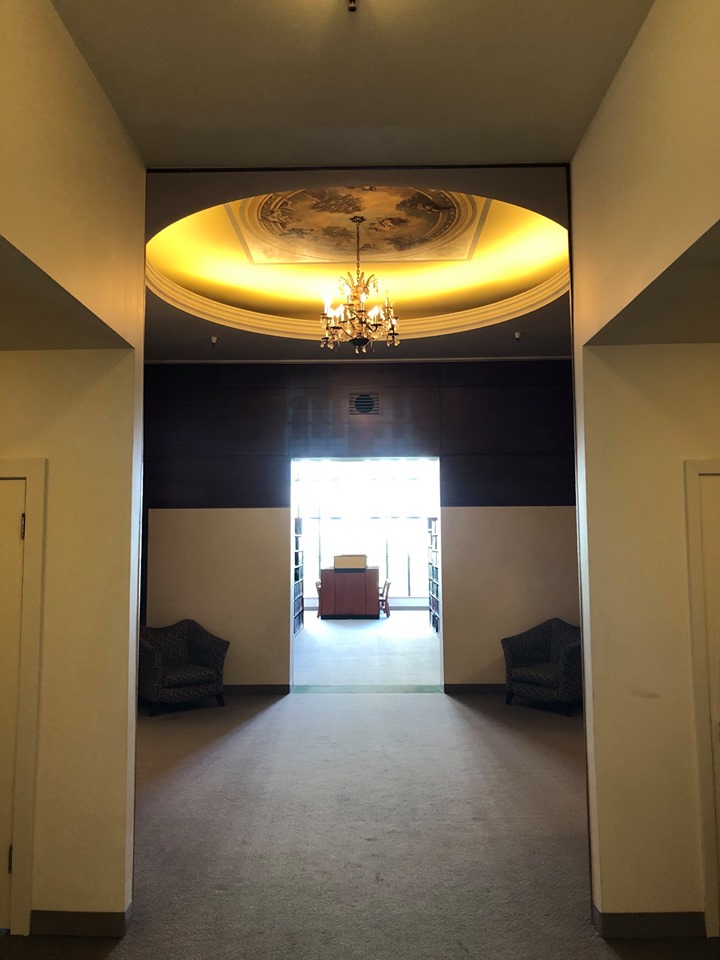 What an overwhelming atmosphere.
Collapse