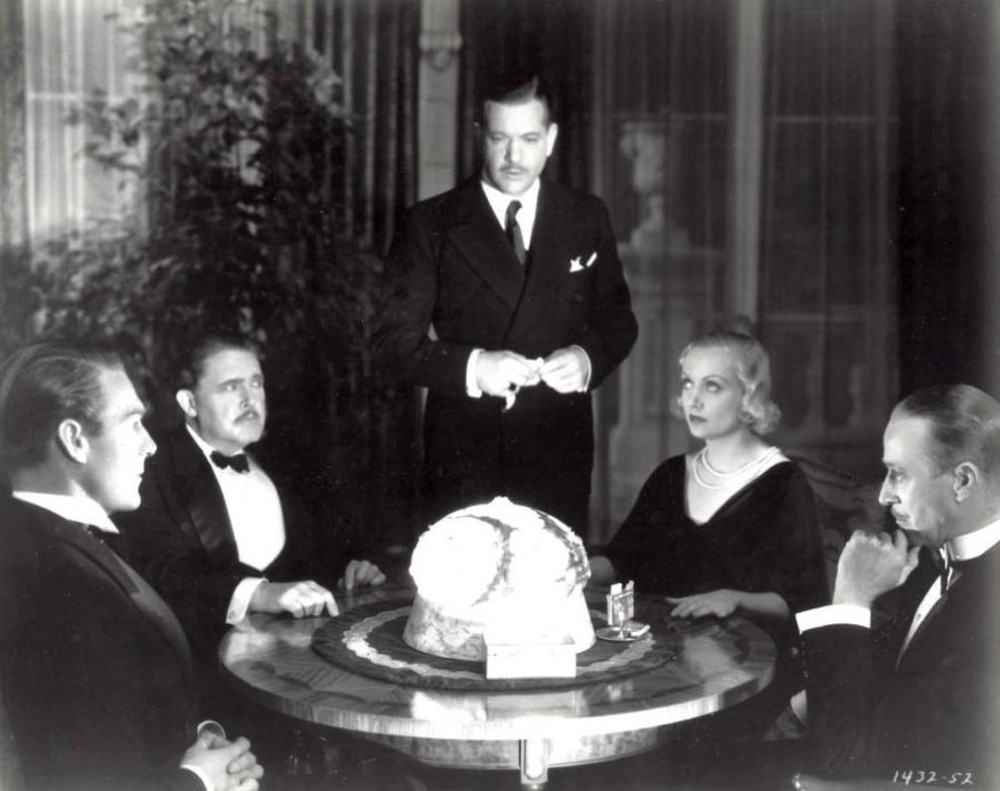 Carole Lombard's "enthusiasm" for the hokum that is "Supernatural" is made apparent in this seance scene, where she probably wishes some magic could transport her to a place other than the Paramount lot. Perhaps a few blocks north on Gower Street to Columbia, where Harry Cohn's one-time Poverty Row outfit had just given her two vehicles ("Virtue" and "No More Orchids") that were better than what her home studio was supplying.

But Carole persevered, "Supernatural" was released in the spring, and by November it was making the rounds of second-run houses: 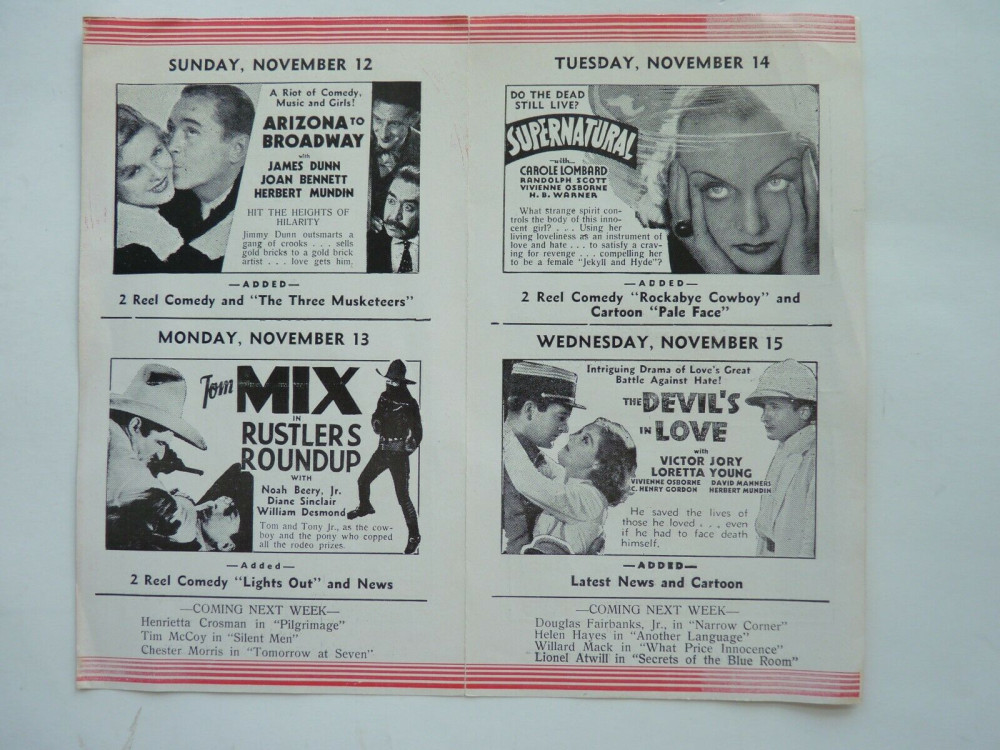 The ad, in closeup: 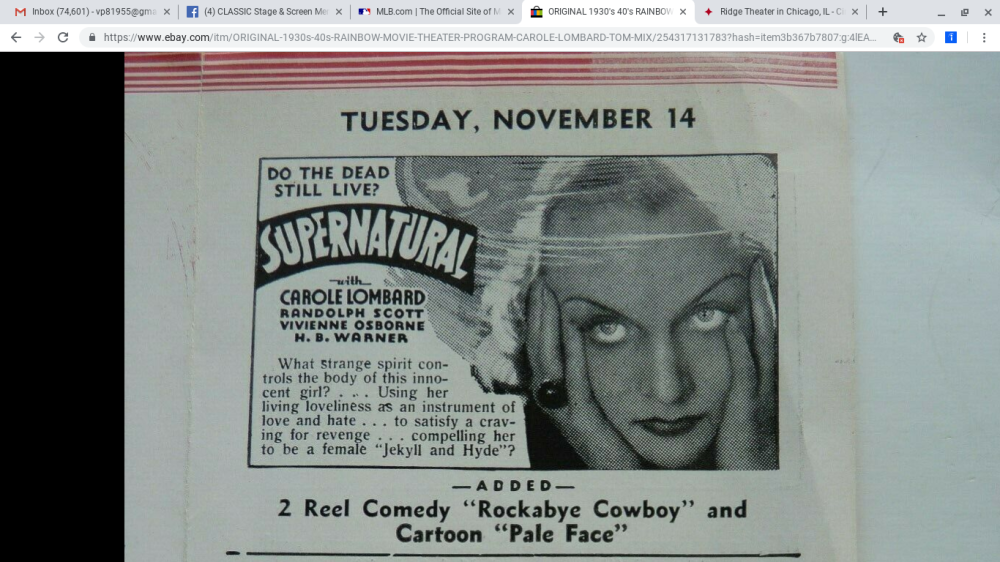 What venue was this from? The front side of the herald provides some hints: 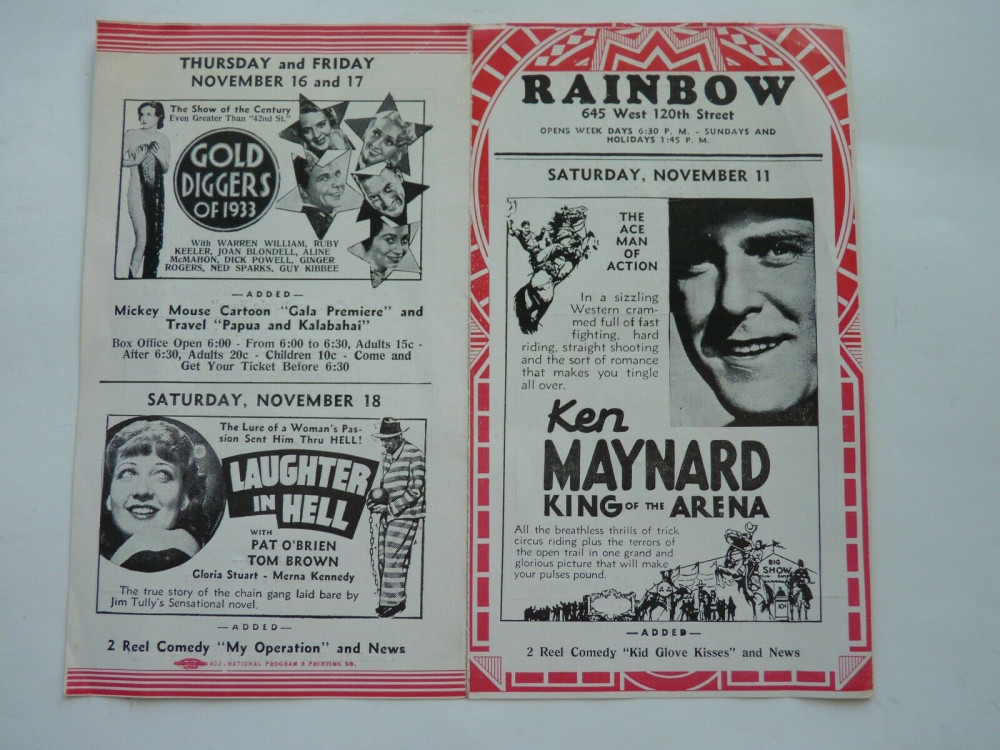 So the theatre is called the "Rainbow," a not-uncommon moviehouse name of the time, and from its "120th Street" address, it's almost certainly in some large city. But which one? Some sleuthing at cinematreasures.org gave an answer: Chicago.

The theater existed for 34 years under three different names, opening as the Leida in 1917, becoming the Rainbow six years later, then turning into the Ridge in 1936. Here's a herald from March 1942: 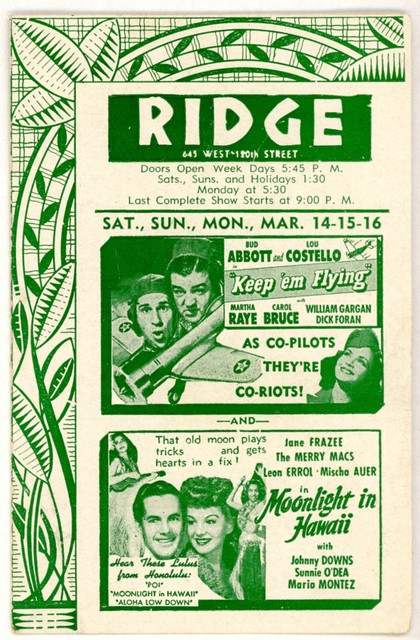 Aside from that, all we know about the place is that it seated 734 and shut its doors in 1951. No pictures exist of the theater, and the site now is a vacant lot.

The seller apparently isn't sure whether the Rainbow herald is from the '30s or '40s; it's for sale at eBay for $9.09, 35 percent off its former price. If you collect Lombard heralds, this might be of interest. Check it out at https://www.ebay.com/itm/ORIGINAL-1930s-40s-RAINBOW-MOVIE-THEATER-PROGRAM-CAROLE-LOMBARD-TOM-MIX/254317131783?hash=item3b367b7807:g:4lEAAOSwxDBdKnFr.
Collapse