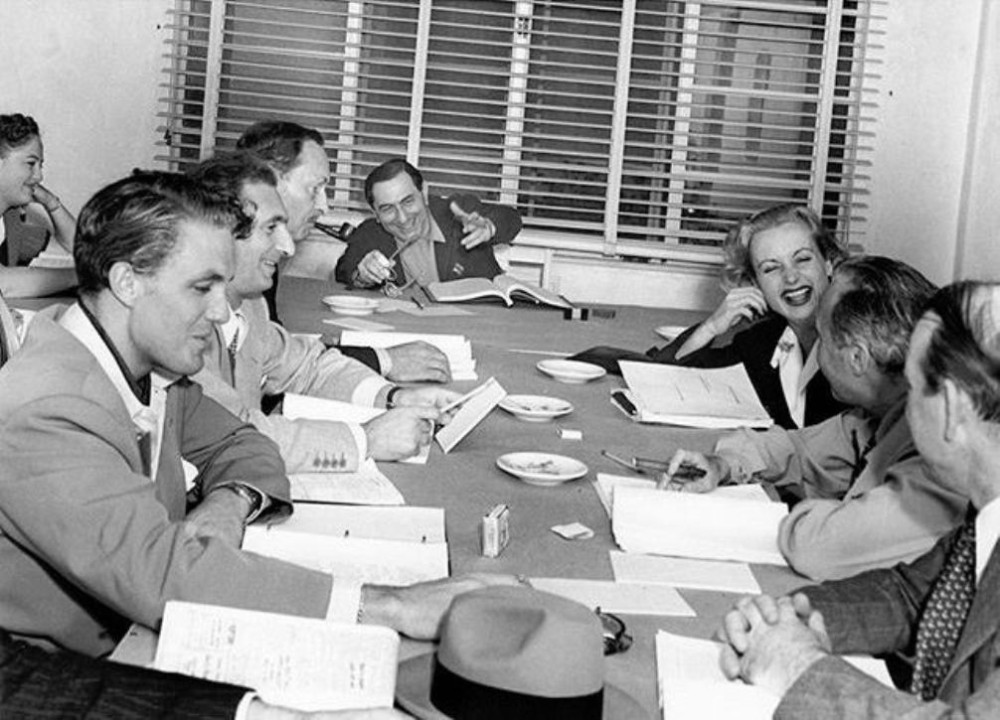 Carole Lombard didn't have much time to savor the afterglow, but she called working on "To Be Or Not To Be" the best filmmaking experience she'd had in her career. And a book on its director discusses it and other classic Hollywood masterpieces he made. 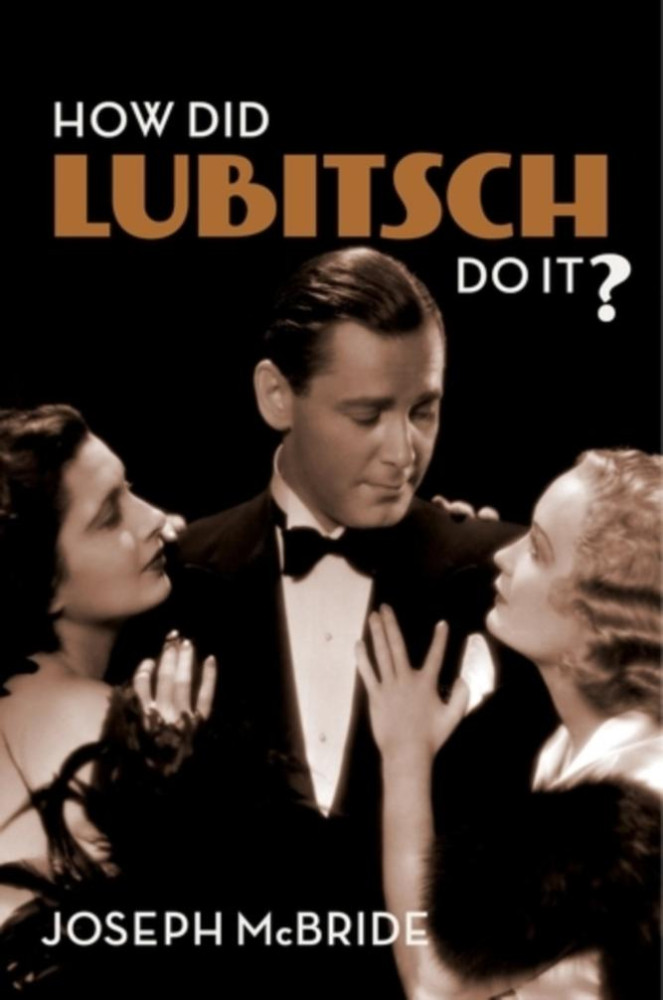 That director, of course, is Ernst Lubitsch, whose gems also include "The Smiling Lieutenant," "Trouble In Paradise," "Ninotchka" and "The Shop Around The Corner." We've mentioned Joseph McBride's book "How Did Lubitsch Do It?" (https://carole-and-co.livejournal.com/918672.html), but now I've finally read it, and it's a mandatory volume for any Golden Age fan...particularly those who adore sophisticated comedy.

It's a semi-biographical examination of Lubitsch's work, and of course "To Be Or Not To Be" occupies an exalted space. McBride leads the discussion by writing, "No Lubitsch film is more discussed today, and perhaps more admired, than 'To Be Or Not To Be.'"

And why not? It was a dark comedy about Nazism, made at a time when the outcome of World War II was very much in doubt. (Pearl Harbor, which led America into the war full-force, occurred late in production.) That sort of humor was unknown to film audiences of the time; remember, it was more than two decades before "Dr. Strangelove." No wonder reception was mixed (and probably would have been even if Lombard's death hadn't cast a pall over its release). 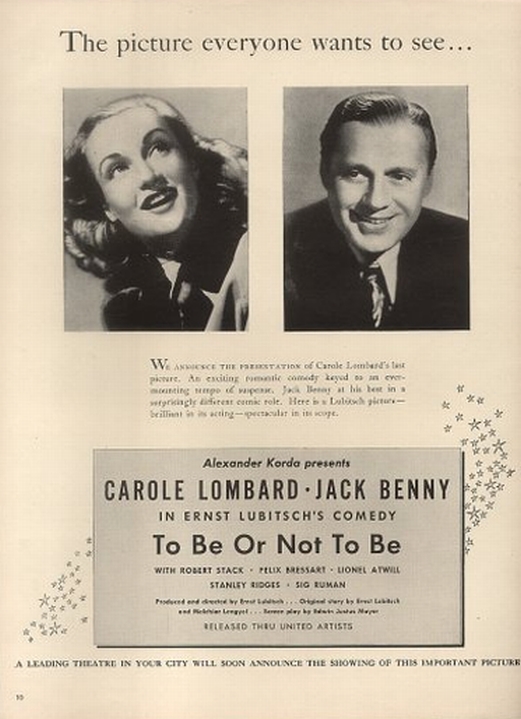 Contrary to myth, McBride writes, "To Be Or Not To Be" was not a box-office failure, but neither was it a huge hit -- understandable in those uncertain times. Yet, he adds, that sense of urgency makes it a classic, a quality Mel Brooks' farcical 1983 remake lacks.

Lombard figures prominently in a McBride anecdote about the film. We know United Artists wanted to change the film's title, deeming the "Hamlet" allusion a bit too highbrow (https://carole-and-co.livejournal.com/42558.html), but according to the author, it was Lubitsch, not UA, who suggested the relatively innocuous "The Censor Forbids" and got co-stars Lombard and Jack Benny into the debate. Benny may have been in on this from the start, but was Lombard? She was en route from Los Angeles to Chicago to prepare for her war bond rally in Indianapolis and sent a telegram opposing the title change.

Veteran film writer Danny Peary discussed the book with McBride last month for the Long Island publication Dan's Papers, and the illuminating two-part interview can be found at https://www.danspapers.com/2019/07/danny-peary-interview-how-did-lubitsch-do-it-author-joseph-mcbride/ and https://www.danspapers.com/2019/07/danny-peary-interview-how-did-lubitsch-do-it-author-joseph-mcbride-part-2/.

A review of the book from last September is at https://www.washingtonexaminer.com/weekly-standard/hollywood-director-ernst-lubitsch-in-our-day, countering an otherwise complimentary Washington Post review (https://www.washingtonpost.com/entertainment/books/a-forgotten-filmmaker-who-influenced-alfred-hitchcock-and-billy-wilder-gets-his-due/2018/07/03/7887fc4c-6b61-11e8-bf8c-f9ed2e672adf_story.html?utm_term=.697d9d0bf469) that labeled Lubitsch as "forgotten." And perhaps to the multiplex mass audience of today, he is. Not to connoisseurs of film, though. Most of the Lubitsch legacy survives today, although more than a few of his silents, both in Germany and in the U.S., are lost.

Many of the surviving movies have been given the DVD treatment. While Lubitsch played a key role in establishing the genre of romantic comedy (as opposed to screwball; his one foray into that style, "Bluebeard's Eighth Wife," is one of his least effective films), with acolytes such as Billy Wilder and to a lesser extent Woody Allen, romantic comedies have devolved into relative immaturity, reflecting the changing nature of the cinematic audience in post-WWII decades from adults and general audiences to teens seeking an inexpensive date.

Still, there is hope, thanks to books such as these. Somewhere, Lombard -- who'd wanted to work with Lubitsch from her early days at Paramount -- certainly agrees. 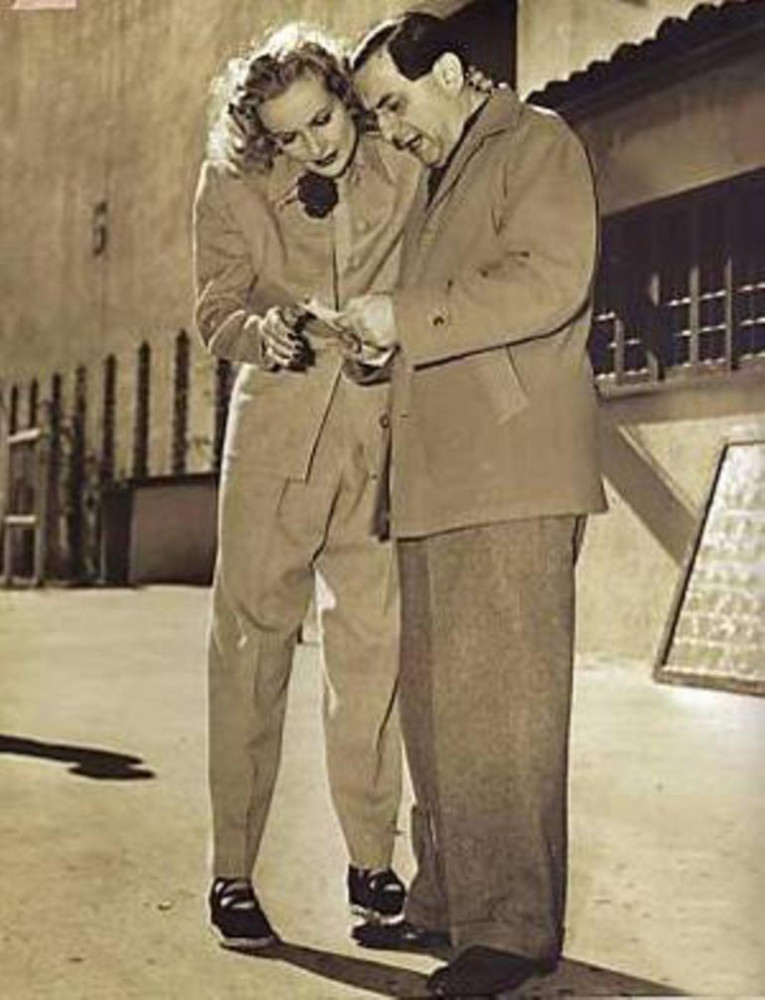