That's how Turner Classic Movies promoted Carole Lombard when she was part of its Summer Under The Stars lineup for 2011; she's appeared in SUTS, its annual August celebration of classic Hollywood, two other times, in 2006 and 2014. Perhaps she'll return in a year or two (it would help if TCM acquired rights to premiere a few of her films on the channel, such as "They Knew What They Wanted").

In the meantime, this year's lineup is per usual for the on-air festival, a nice blend of the obvious and the obscure (if any performer who accumulates 24 hours' worth of films can be deemed "obscure"). The schedule -- first-time SUTS honorees shown with an asterisk: 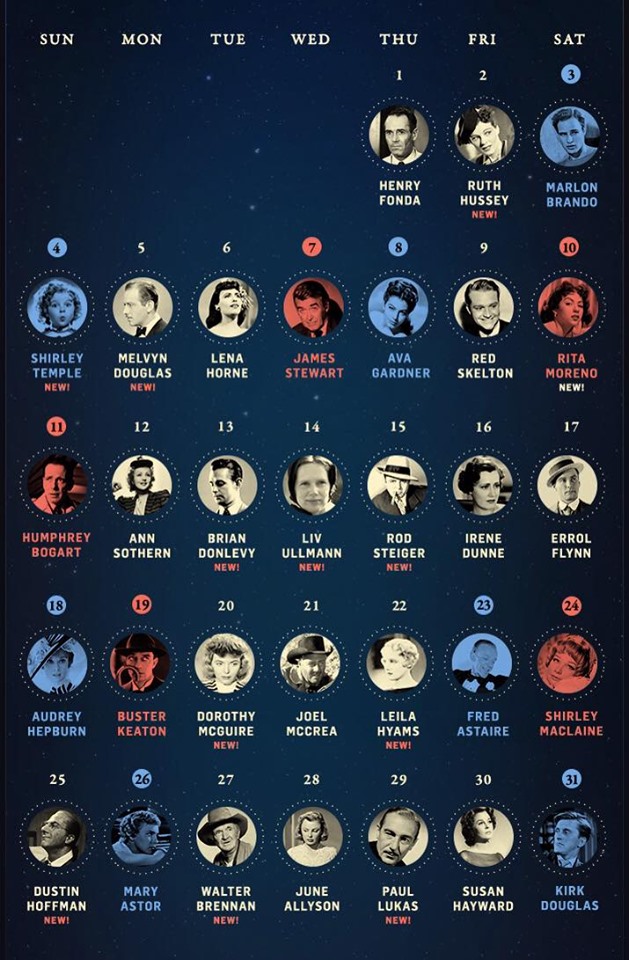 Twelve newcomers to SUTS, including Shirley Temple (perhaps Disney's purchase of the 20th Century-Fox library made many of these titles available) and Dustin Hoffman (until now, probably deemed too "recent" for SUTS honors; might this lead to Goldie Hawn getting a nod in 2020?). McCrea, Hyams, Astor and Lukas provide plenty for pre-Code fans, while Keaton's silent artistry provides a great way for me to celebrate my birthday.

Find the complete schedule -- which includes recent documentaries on Gardner and Keaton that are new to TCM -- at http://summer.tcm.com/, while some worthwhile recommendations are at https://aurorasginjoint.com/2019/07/28/tcms-summer-under-the-stars-2019-picks-and-pics/.

Enjoy what I call the high holy days of the TCM calendar.
Collapse