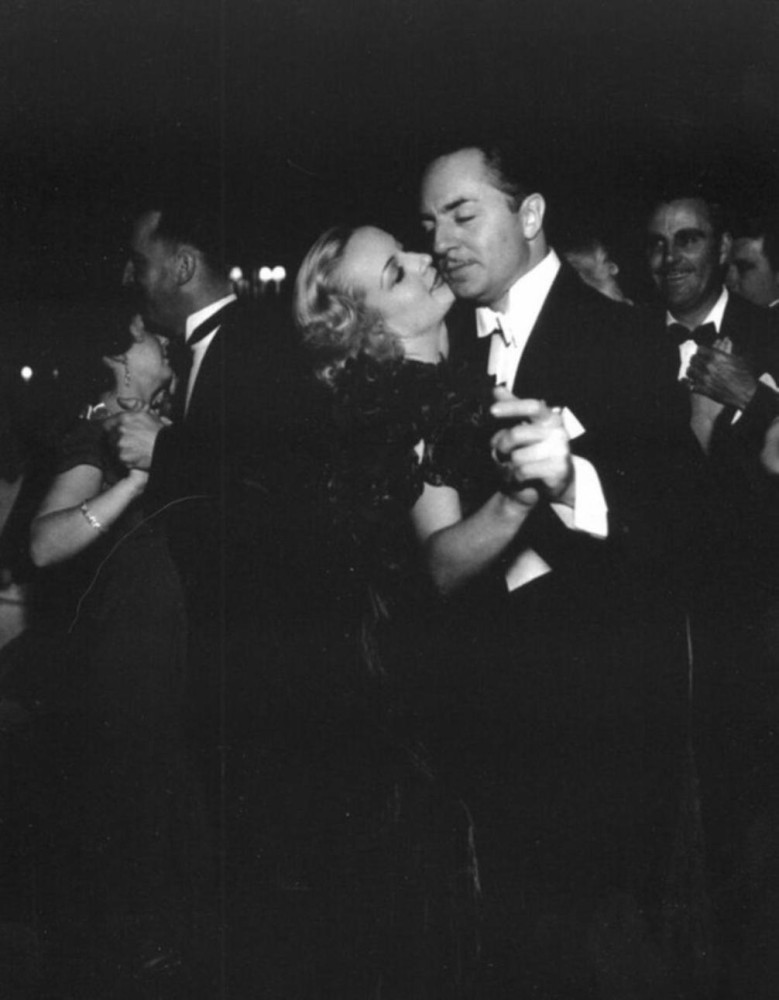 This photo is likely the last time Carole Lombard and William Powell were pictured together in public. The former couple are seen dancing sometime in 1940 at Ciro's on the Sunset Strip.

The nightclub opened that Jan. 31, and earlier that month Powell -- 16 years older than Lombard -- had married Diana Lewis, more than a decade Carole's junior. (Despite the vast age difference, Powell and Lewis stayed together until his death in March 1984.) Lombard, of course, had married Clark Gable in March 1939.

Tomorrow, July 29, marks the 127th anniversary of Powell's birth, and Turner Classic Movies in the U.S. is celebrating my favorite classic Hollywood actor with seven of his films. Five of them feature his best-known leading lady, and my second favorite Golden Age actress, Myrna Loy, whose 114th birthday anniversary is Friday. (I've always deemed it appropriate MGM's greatest couple were both Leos, as am I.) 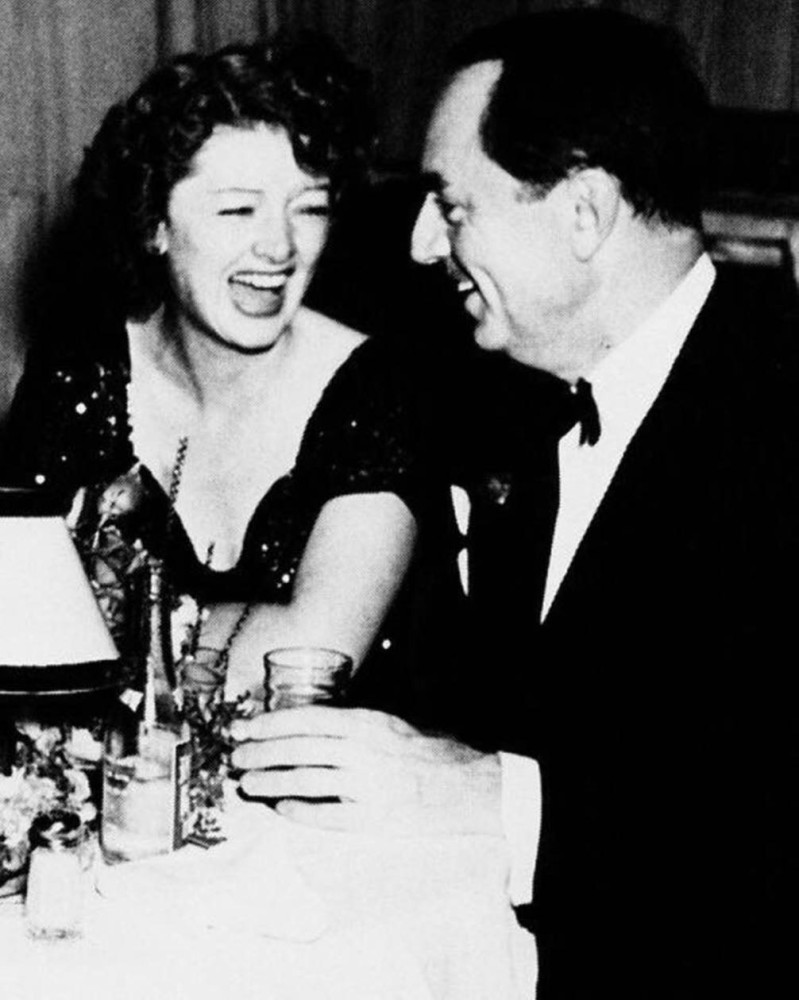 Some Loy fans are upset Myrna isn't part of this year's "Summer Under The Stars," the month-long annual high holy days of the TCM calendar. I'll note the event has honored her in previous years, often on her birthday. So view tomorrow as a birthday bash for the lovely Loy, too. (We'll soon do an entry on the 2019 SUTS.)

The schedule (all times Eastern): 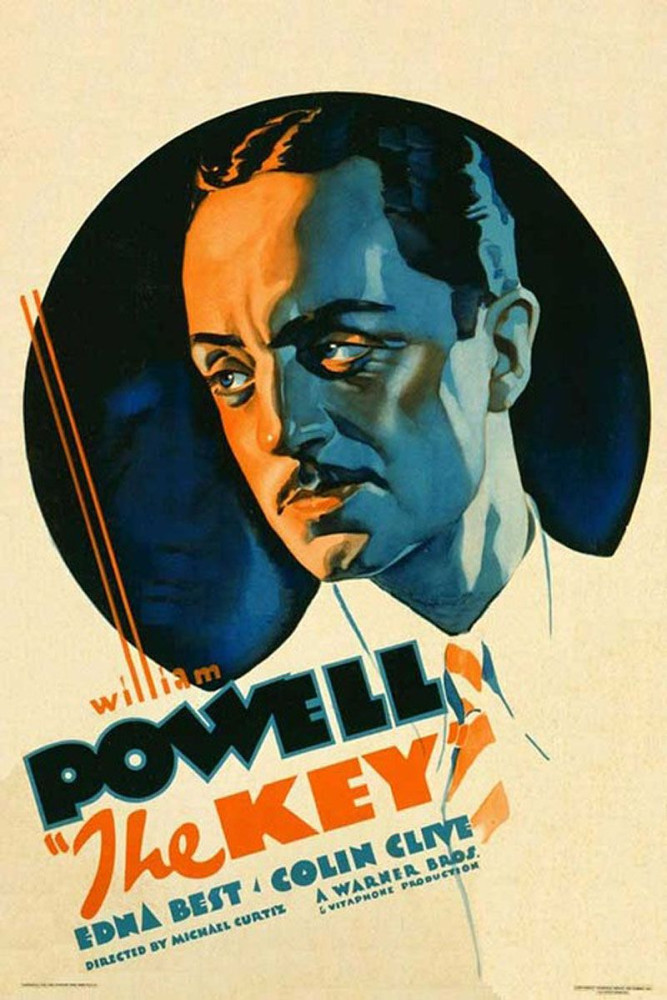 * 6 a.m. -- "The Key" (1934). Probably the most obscure of the Powell septet, he plays a British officer stationed in 1920 Ireland who falls for the wife (Edna Best) of an intelligence man (Colin Clive). Directed by Michael Curtiz, the cast includes Donald Crisp, Arthur Treacher (in a rare dramatic role) and Anne Shirley (then known as Dawn O'Day). 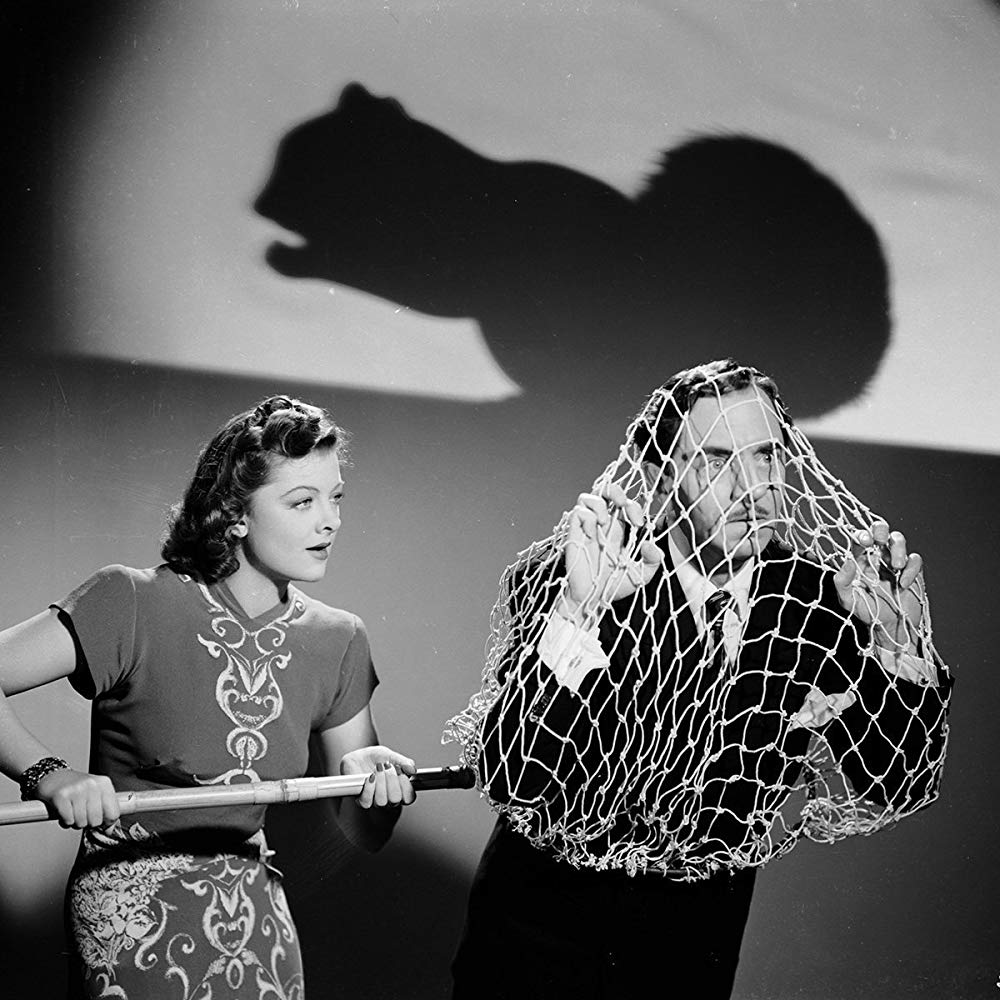 * 7:15 a.m. -- "Love Crazy" (1941). In order to keep wife Loy from divorcing him, businessman Powell feigns insanity; you even get to see him in drag! Gail Patrick plays an old flame of his now in his apartment building (Bill has a hilarious elevator scene with Gail and her dog!), while Jack Carson also provides support. Loads of fun. Directed by Jack Conway. * 9 a.m. -- "Mister Roberts" (1955). Powell ended his career on an up note by starring in this smart wartime comedy-drama about a naval cargo ship featuring a stellar cast (from left, Henry Fonda, James Cagney, Powell and Jack Lemmon). Bill's a doctor who's a voice of reason amidst the clashing personalities of Fonda, Cagney and Lemmon. Directed by John Ford and Mervyn Le Roy. * 11:15 a.m. -- "Manhattan Melodrama" (1934). Loy's on board for the rest of the Powellathon, and here's their first-ever joint appearance; it's also the only teaming of Lombard's two husbands. Boyhood buddies (the raffish Gable, played as a youth by Mickey Rooney, and the straight-arrow Powell) clash for Myrna's affections. Famed in pop culture as the last film viewed by Loy fan John Dillinger before he was gunned down in Chicago. * 1 p.m. -- "Libeled Lady" (1936). Powell's '36 is arguably the greatest calendar year any actor has ever had; here's three-fifths of that output. ("My Man Godfrey" and his vehicle "The Ex.-Mrs. Bradford" with Jean Arthur are absent.) We begin with literal and figurative four-star fun, featuring superb dialogue ("She may be his wife, but she's engaged to me!"), Powell's hilarious fishing scene and fine supporting work from reliable Walter Connolly. No wonder this was one of Robert Osborne's favorites. 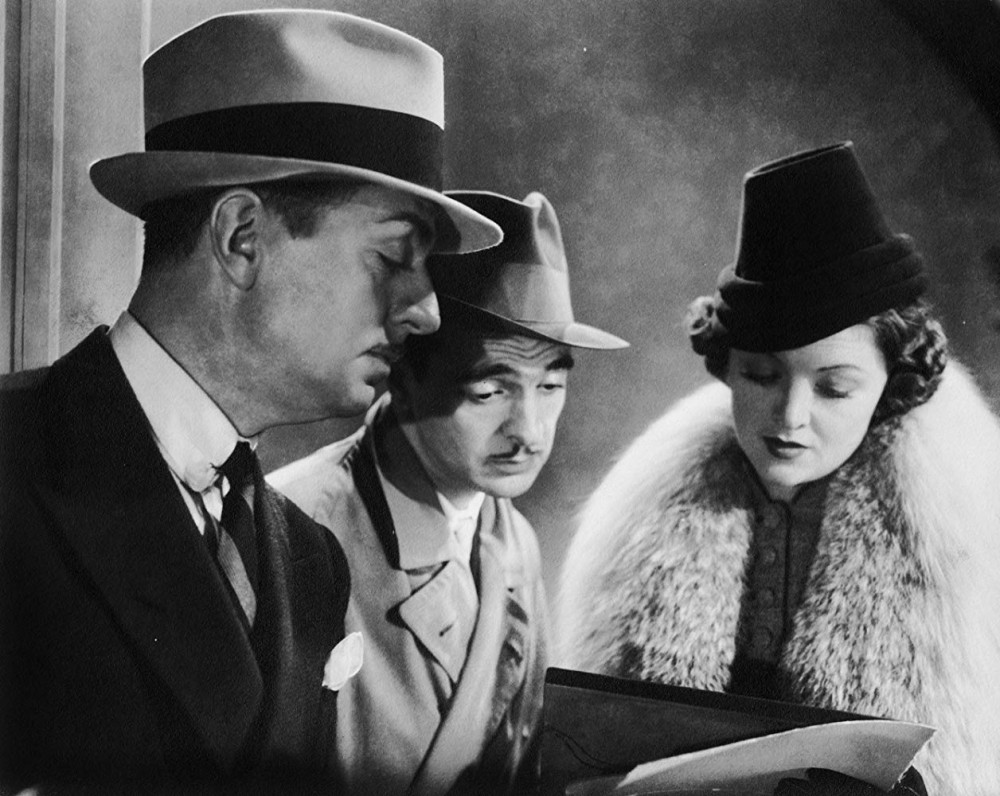 * 2:45 p.m. -- "After The Thin Man" (1936). Nick and Nora Charles fans had to wait nearly 2 1/2 years for the couple and canine pal Asta to solve another case. But Powell and Loy (shown above with Sam Levene) delivered the goods, although this one was set in San Francisco, not New York. A murder-mystery delight, directed by W.S. Van Dyke, whose cast includes a young James Stewart. 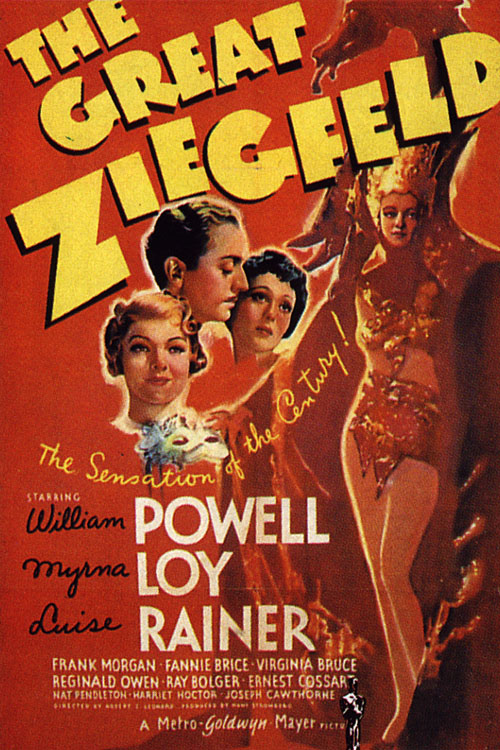 * 5 p.m. -- "The Great Ziegfeld" (1936). Powell headed a film in '36 which won an Academy Award for best picture...but it wasn't for "Libeled Lady" (which at least was nominated) or for "My Man Godfrey." Instead, it was this elephantine biopic about the fabled Broadway showman Florenz Ziegfeld (played by Powell, with Loy as wife Billie Burke,). Luise Rainer won an Oscar for best actress, beating out Lombard in "Godfrey" among others. Credit (or blame) MGM's bloc voting, fully on display here.
Collapse