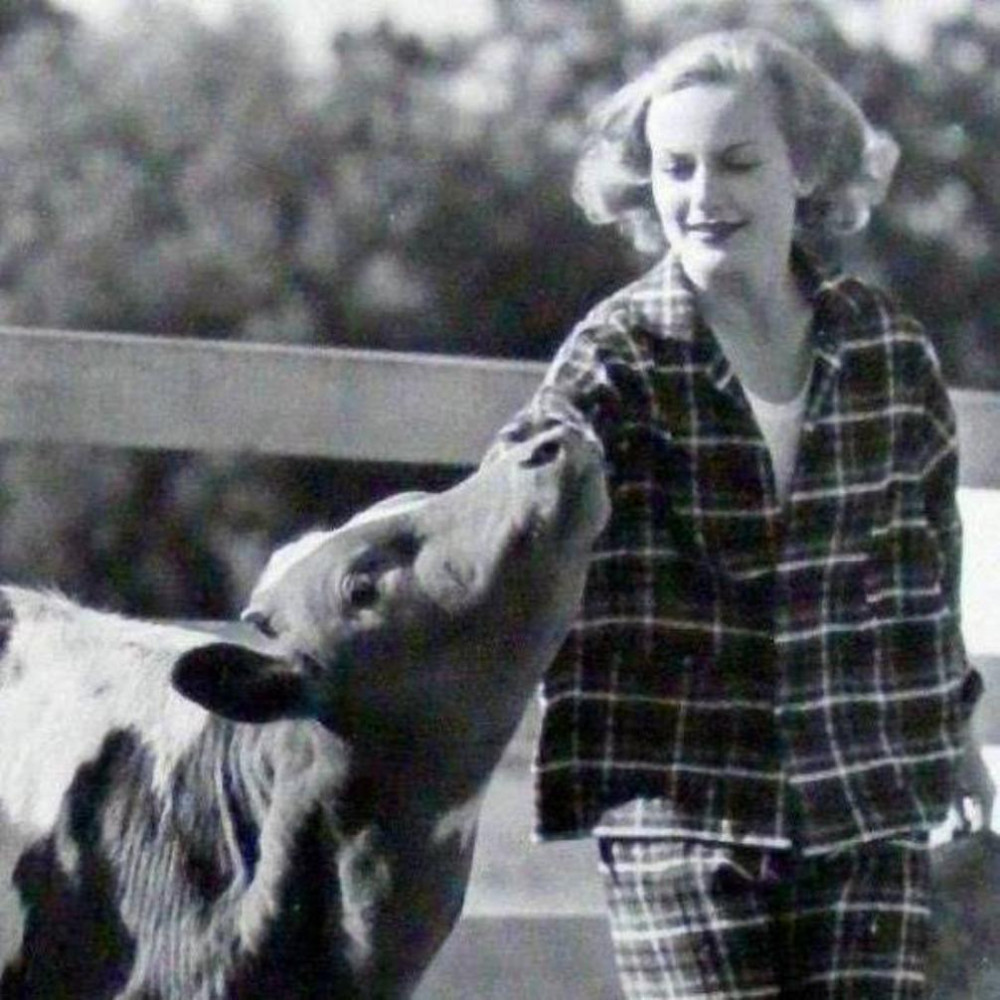 Two years before marrying Clark Gable and buying an Encino home and ranch, Carole Lombard had a ranch of her own elsewhere in the San Fernando Valley. However, her recent rustic ways aren't on display in this publicity still, Paramount p1202-1481: 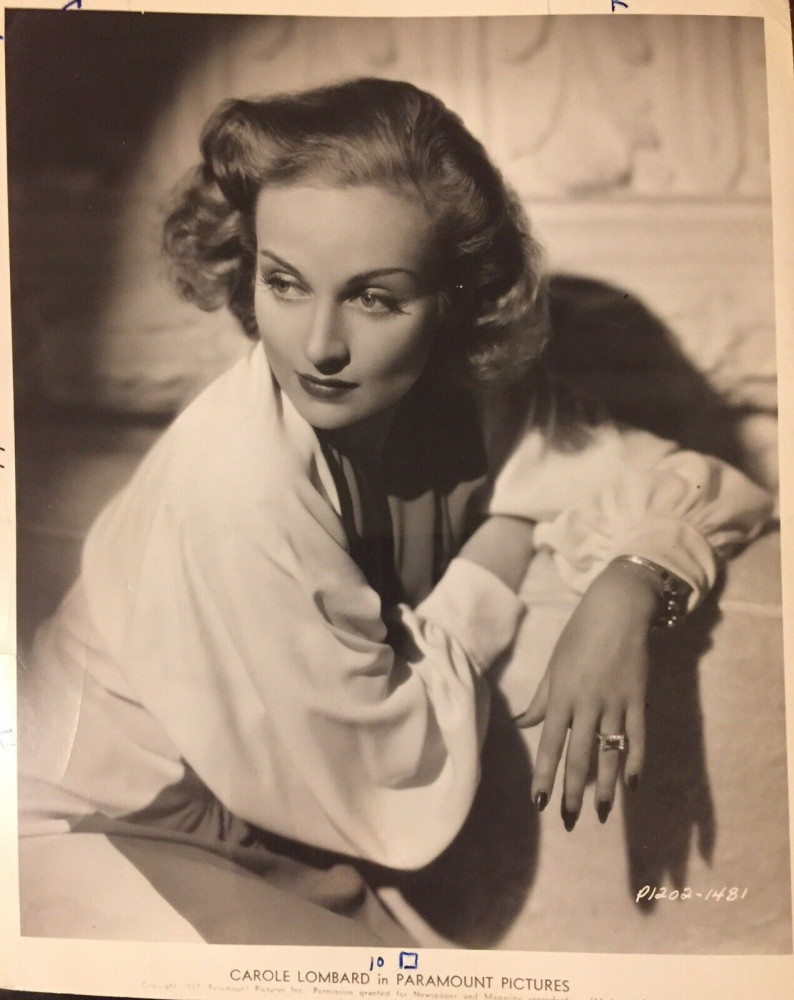 This photo shoot resulted in numerous released poses, but this is one I've never come across before.

On the back, a snipe reveals why Carole had been away from Paramount and its fabled Bronson Gate entrance, shown at a casting call for extras in 1930: 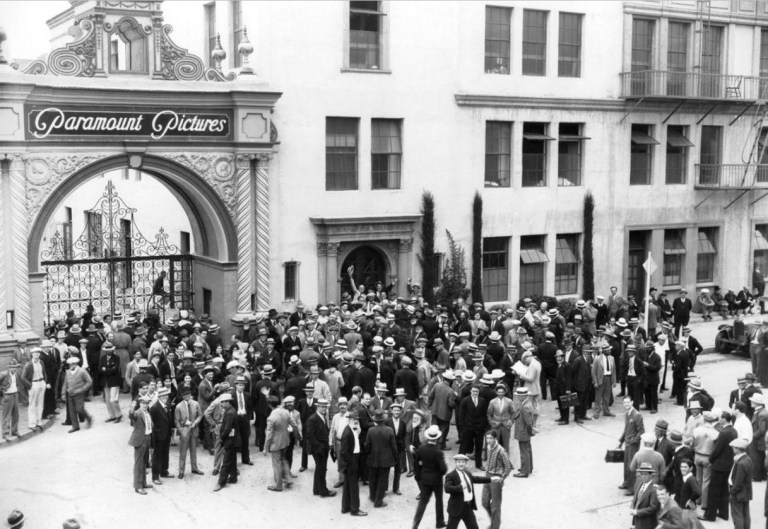 While the date at the top of the page reads "8/25/38," that almost certainly was typed in -- because the copy at the bottom (enlarged below) refers to an upcoming film of hers actually released the previous fall, "True Confession": 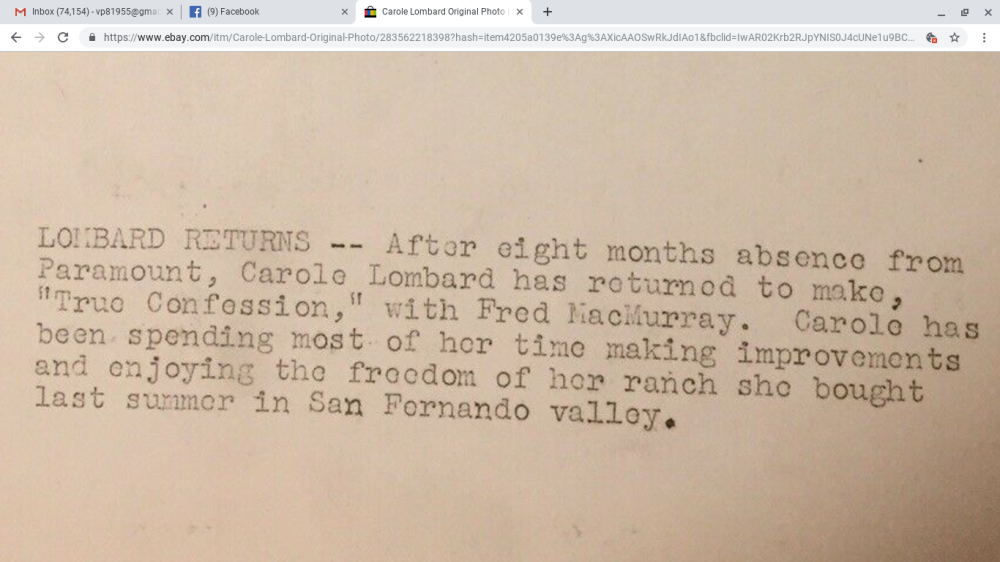 It's an original photo with a little bit of wear in one corner...and it goes for $500. (Can't afford it in one fell swoop? You can also pay $46 a month for 12 months.) If you're interested, or merely curious, visit https://www.ebay.com/itm/Carole-Lombard-Original-Photo/283562218398?hash=item4205a0139e%3Ag%3AXicAAOSwRkJdIAo1&fbclid=IwAR02Krb2RJpYNIS0J4cUNe1u9BCqTRG7sQyeoWQyGcPabDetrMN9MwjQETM to find out more.
Collapse