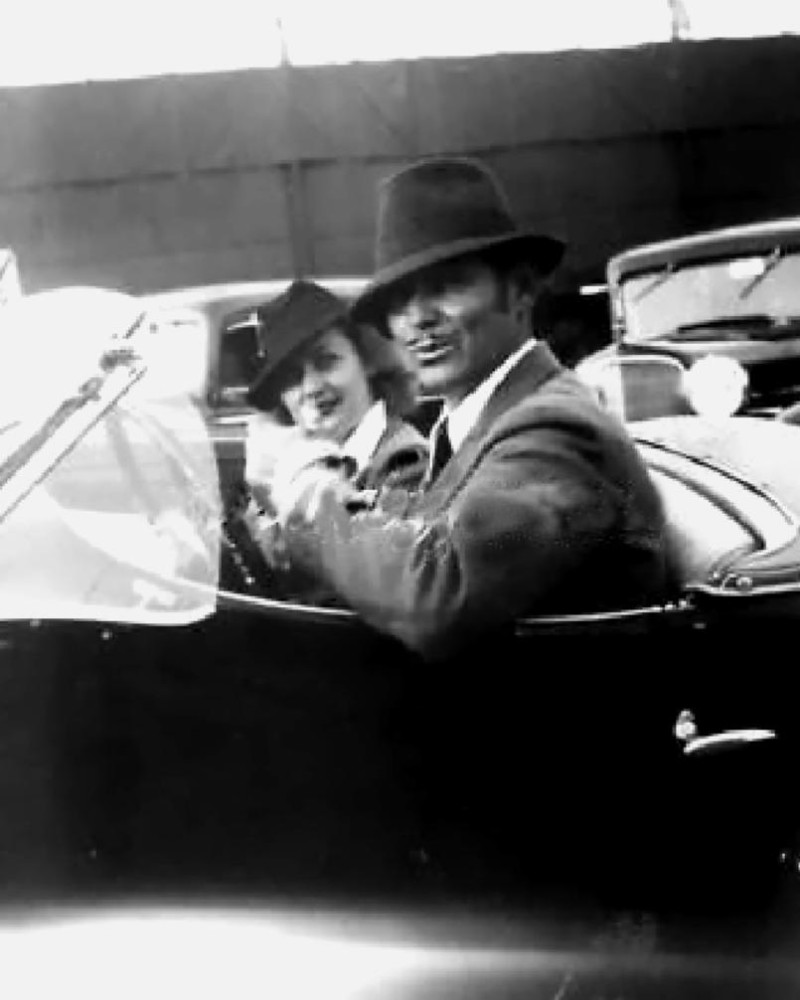 Imagine seeing Carole Lombard and Clark Gable in an adjoining car in Hollywood some 80 years ago, and that you were a fan equipped with a camera. Your resume might be this -- a casual image catching both stars in a jovial mood. "Yeah, it's us," they might tell you before going on their merry way.

This weekend, film buffs can take a virtual time trip to Hollywood of yesteryear, though the journey isn't to 1939, but 1969. Your tour guide is acclaimed director/writer Quentin Tarantino, whose long-awaited "Once Upon A Time...In Hollywood" opens this weekend. (It achieved nearly $6 million at the box office Thursday, and is expected to post his highest opening-weekend gross ever.) 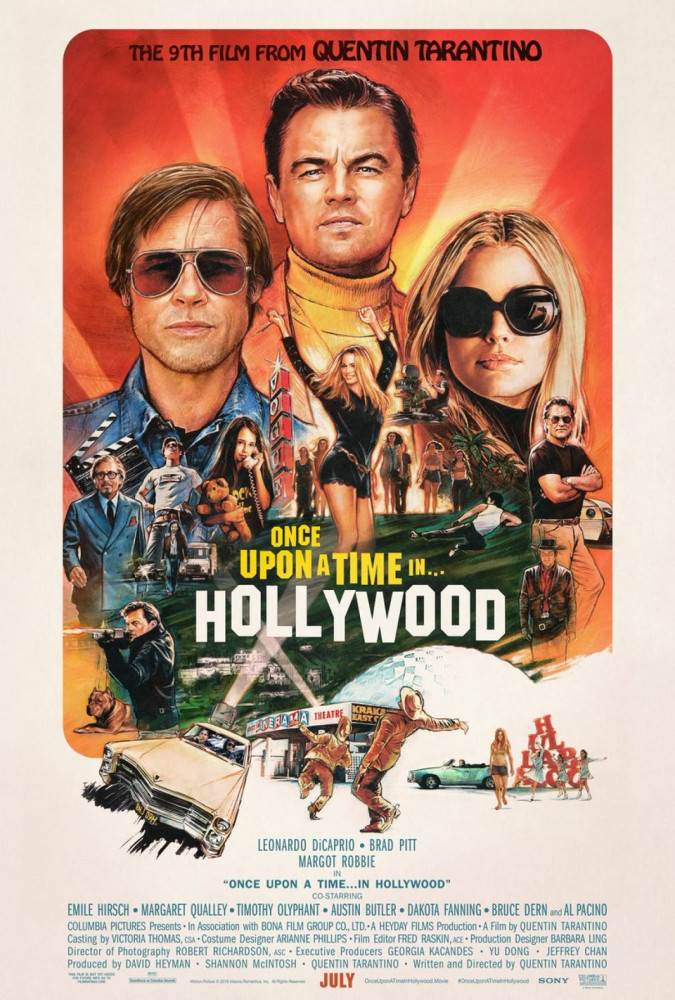 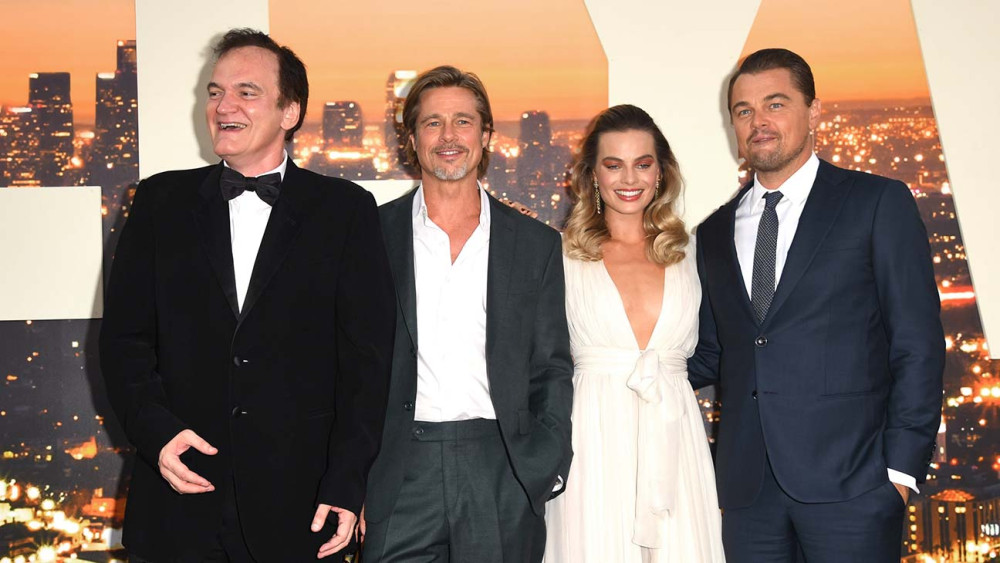 It's everything you'd expect from Tarantino (shown at left with stars Brad Pitt, Margot Robbie and Leonardo DiCaprio): A homage to the genres he loves, notably spaghetti westerns, some violence -- although this only uses the August 1969 murders of up-and-coming actress Sharon Tate (portrayed by Robbie) and others killed by Charles Manson and followers as a backdrop for the main story of a changing Hollywood amid tumultuous times.

And typical from Tarantino, the attention to 1969 is meticulous, and apparently pretty accurate considering he was six at the time. We've noted that in previous entries (https://carole-and-co.livejournal.com/923531.html, https://carole-and-co.livejournal.com/928121.html). For those interested in that sort of thing, there's more; the KPCC-FM program "The Frame" examines how the look was achieved through an interview with cinematographer Robert Richardson (https://www.scpr.org/programs/the-frame/2019/07/26/19978/?utm_source=feedburner&utm_medium=feed&utm_campaign=Feed%3A+893KpccSouthernCaliforniaNews+%28KPCC%3A+News%29). 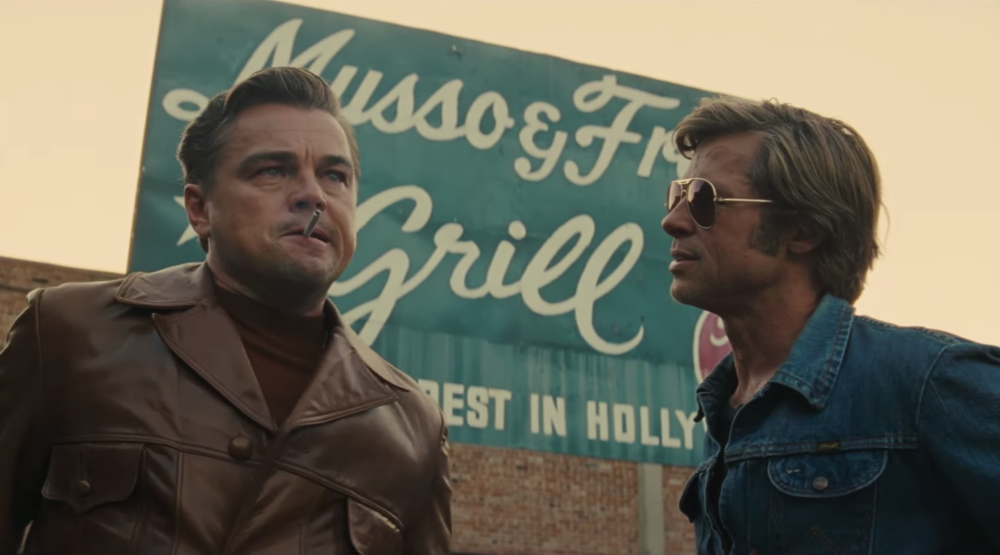 Reviews have generally been favorable for this elegy to old Hollywood, such as this from The Verge (https://www.theverge.com/2019/7/26/8931587/once-upon-a-time-in-hollywood-quentin-tarantino-review-golden-era-tribute) and I certainly intend to see it once I scrape up the money.

Much of the movie's sound derives from KHJ, the legendary Top 40 station that dominated LA ratings soon after its "Boss Radio" format was instituted in the spring of 1965. Here's an hour-long aircheck of its morning man, Robert W. Morgan, from Friday, Oct. 18, 1968, giving you a feel for southern California in that era: https://youtu.be/AWMnOqnb264. 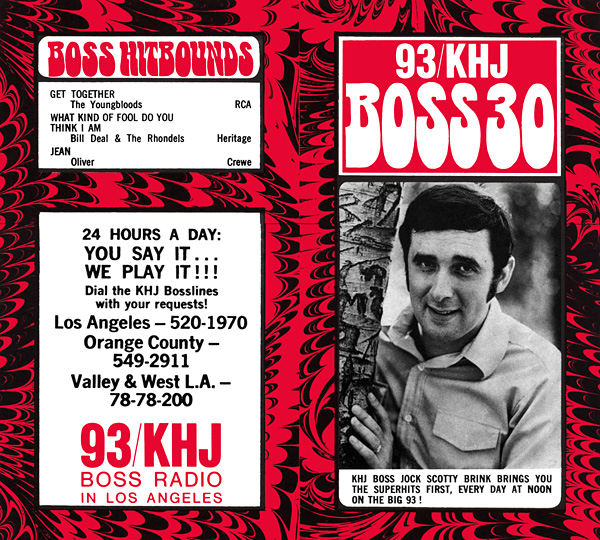 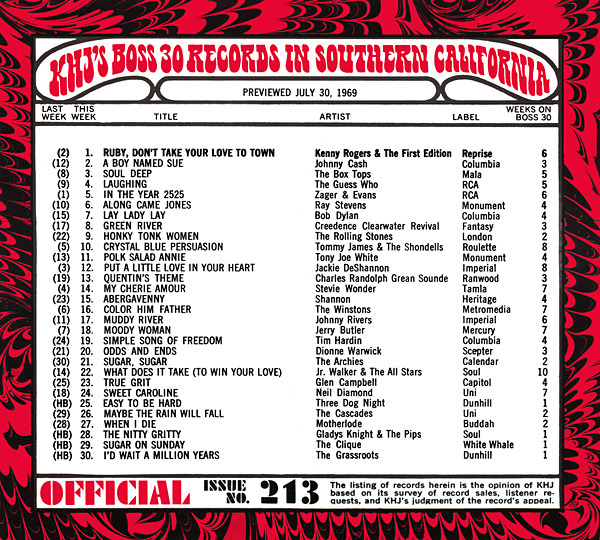