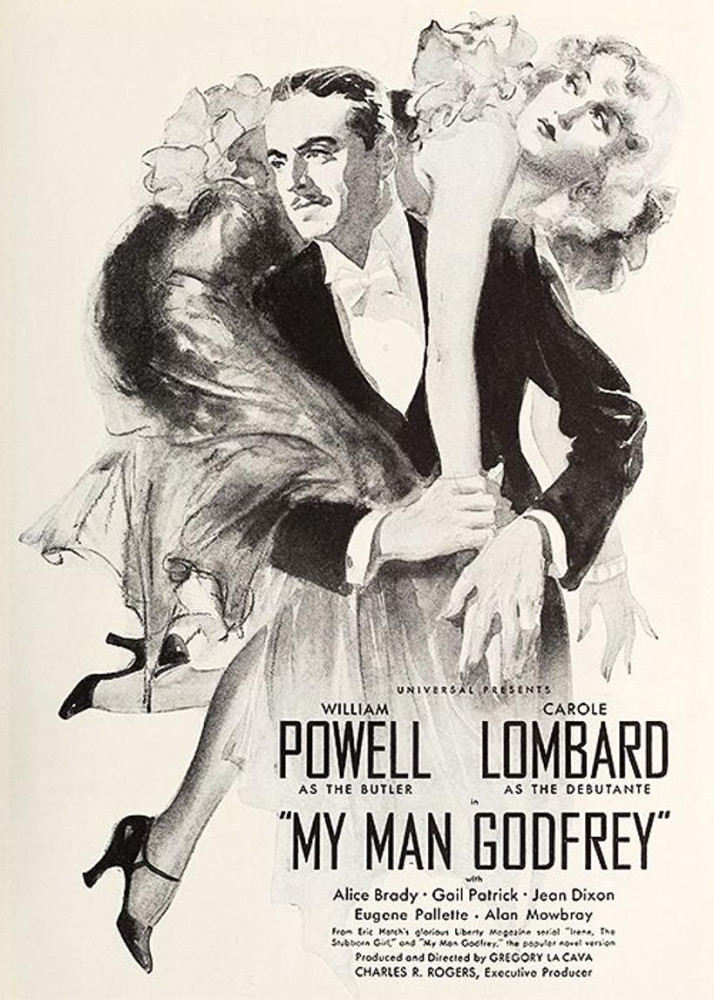 "My Man Godfrey," the landmark screwball comedy that reunited Carole Lombard with ex-husband William Powell, premiered on Sept. 6, 1936; this ad ran in the September 1936 issue of Hollywood magazine. But in the previous month's issue -- which hit newsstands early in July -- Universal's push for the film had begun. Look at this glowing review from "Top Hat": 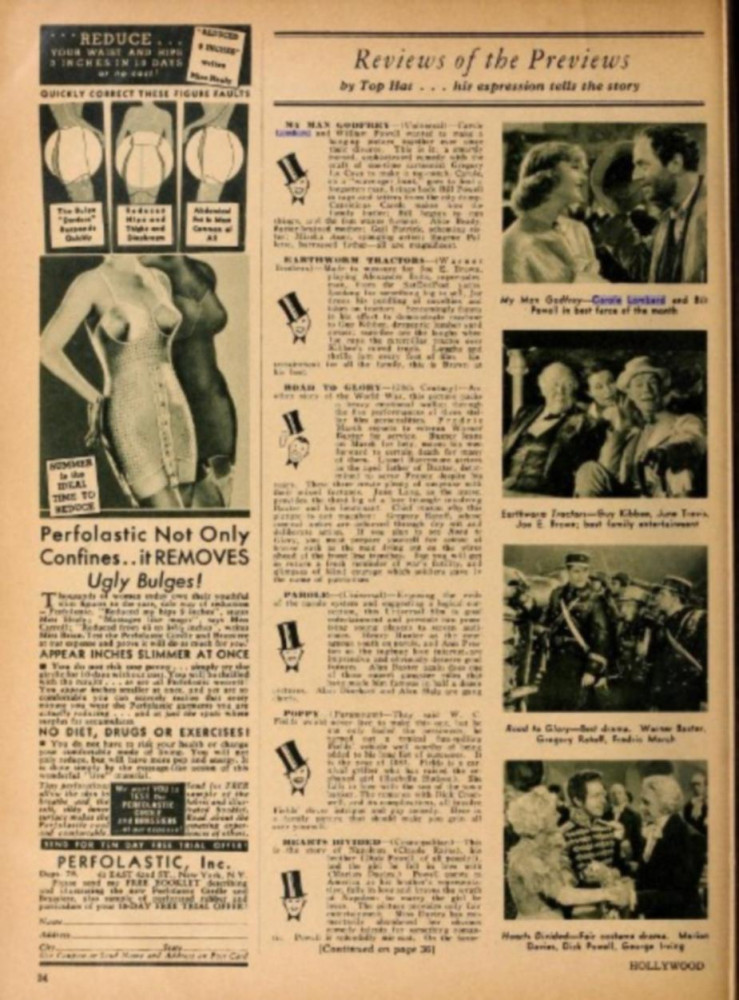 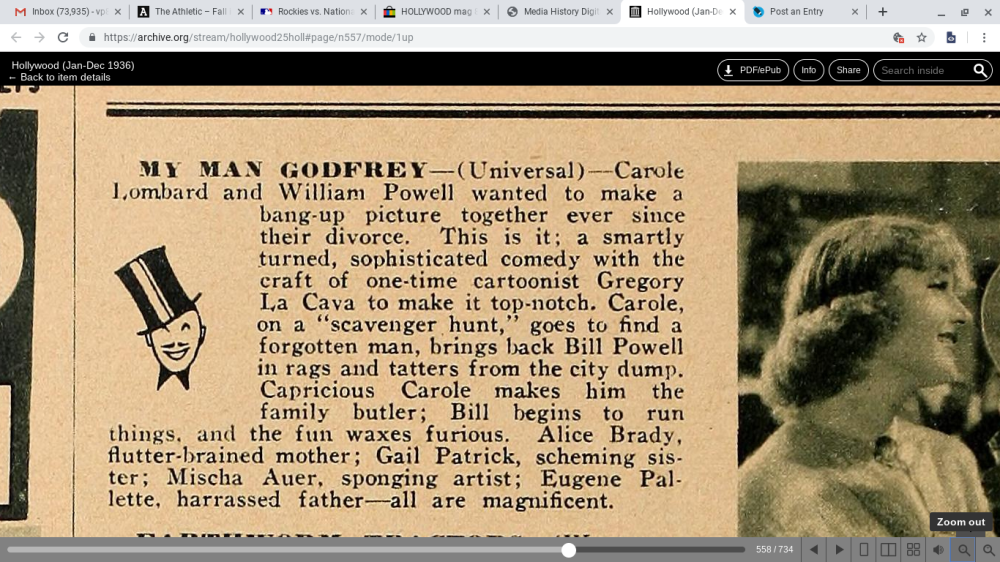 Truth, Top Hat, truth. But the August '36 issue had other Lombard-related stuff, too: 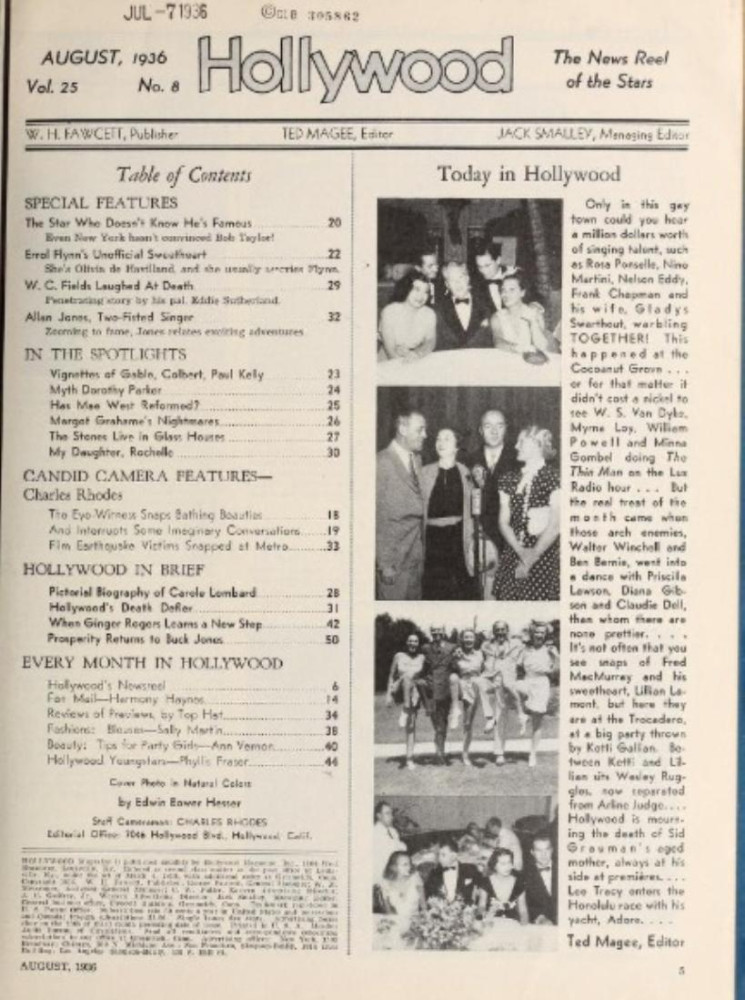 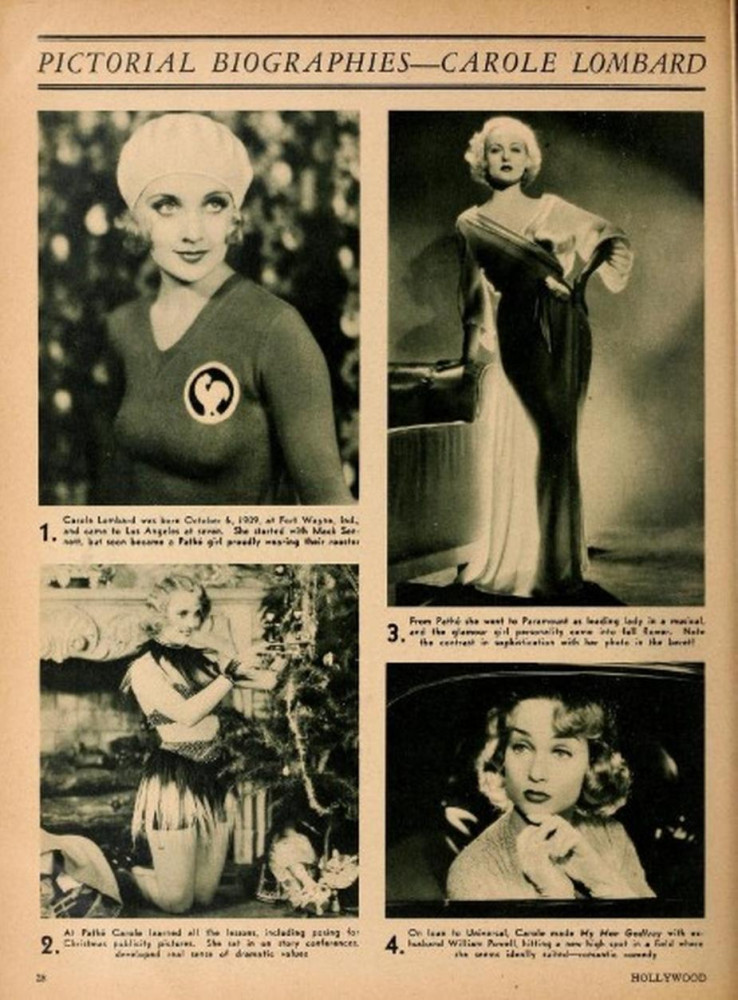 Additionally, Lombard was among those mentioned in that month's mailbag: 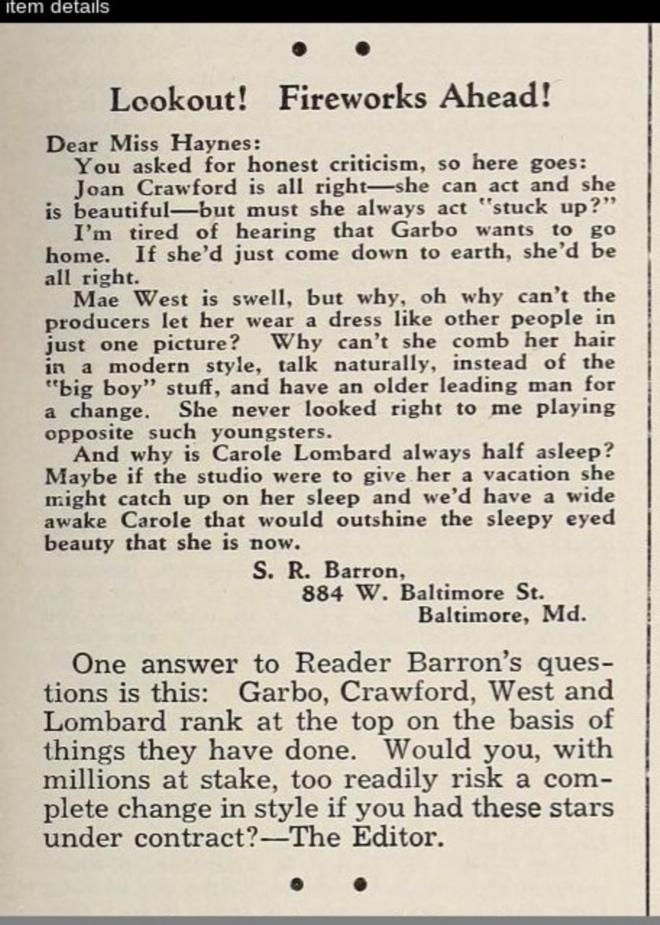 Bette Davis was the cover subject: 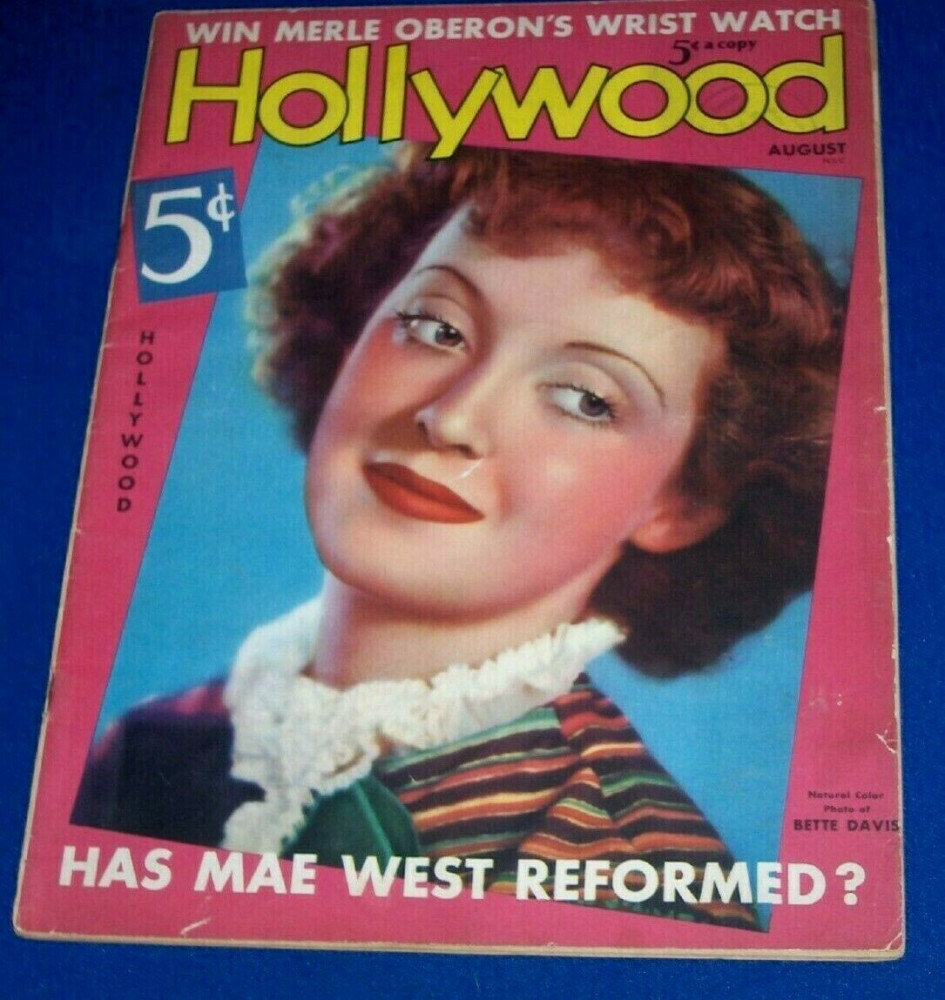 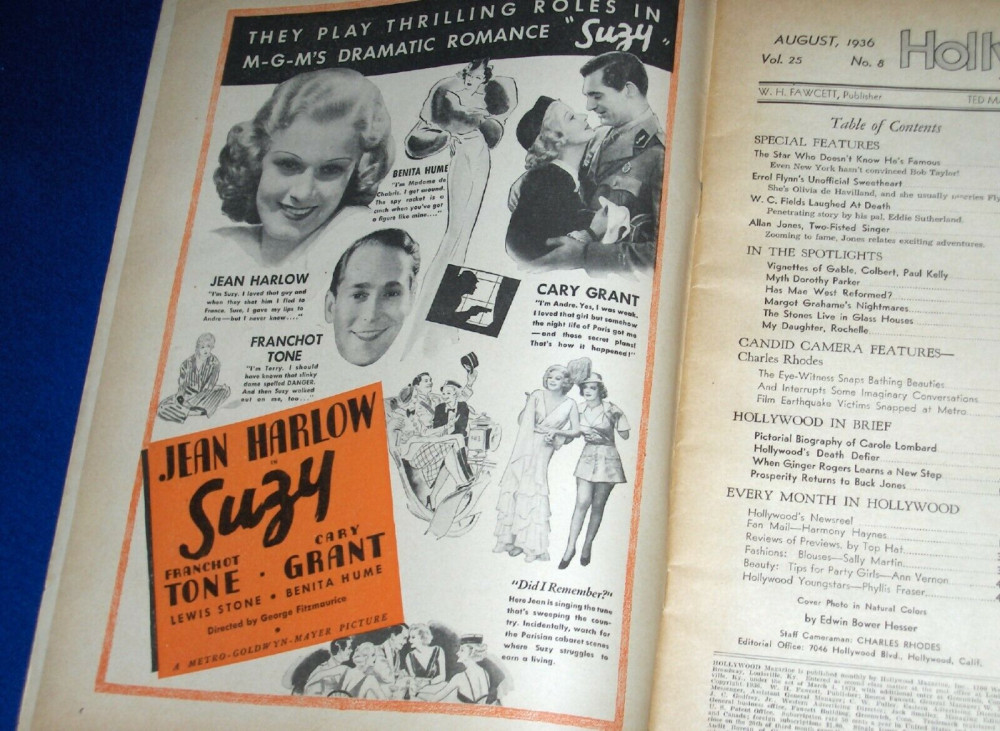 And on the back cover, a full-color cigarette ad: 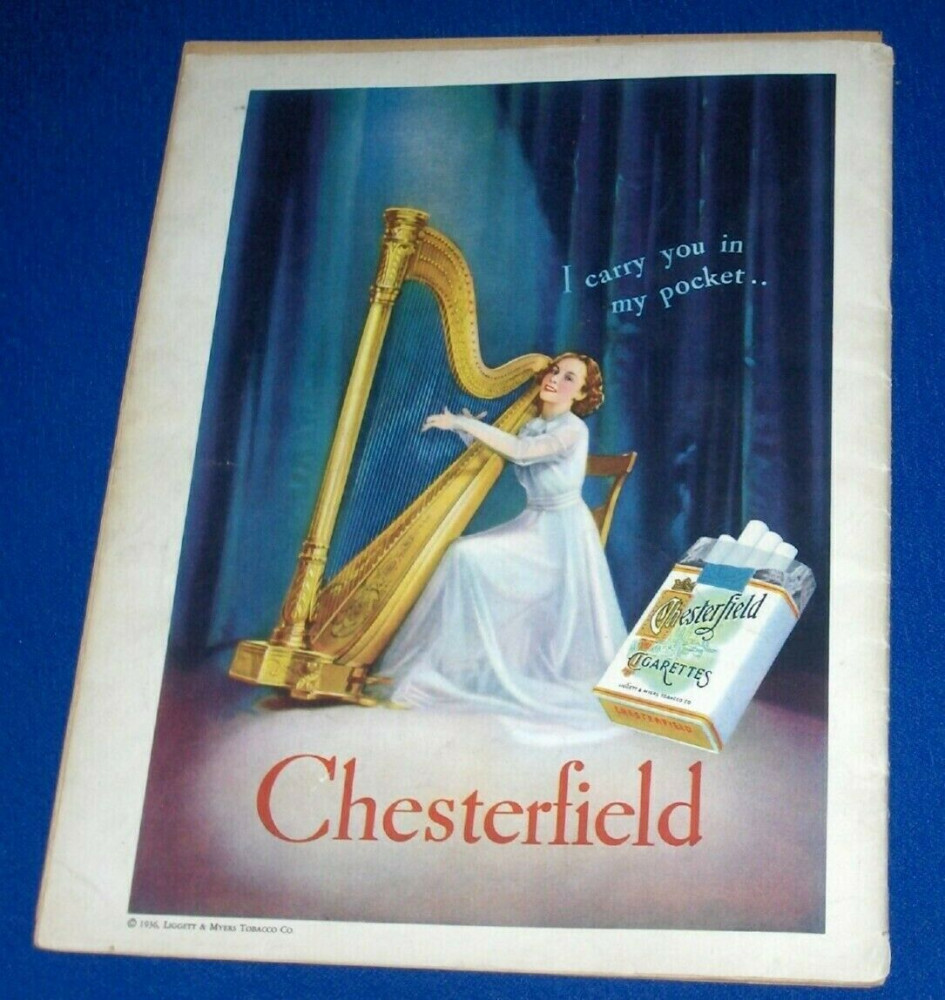